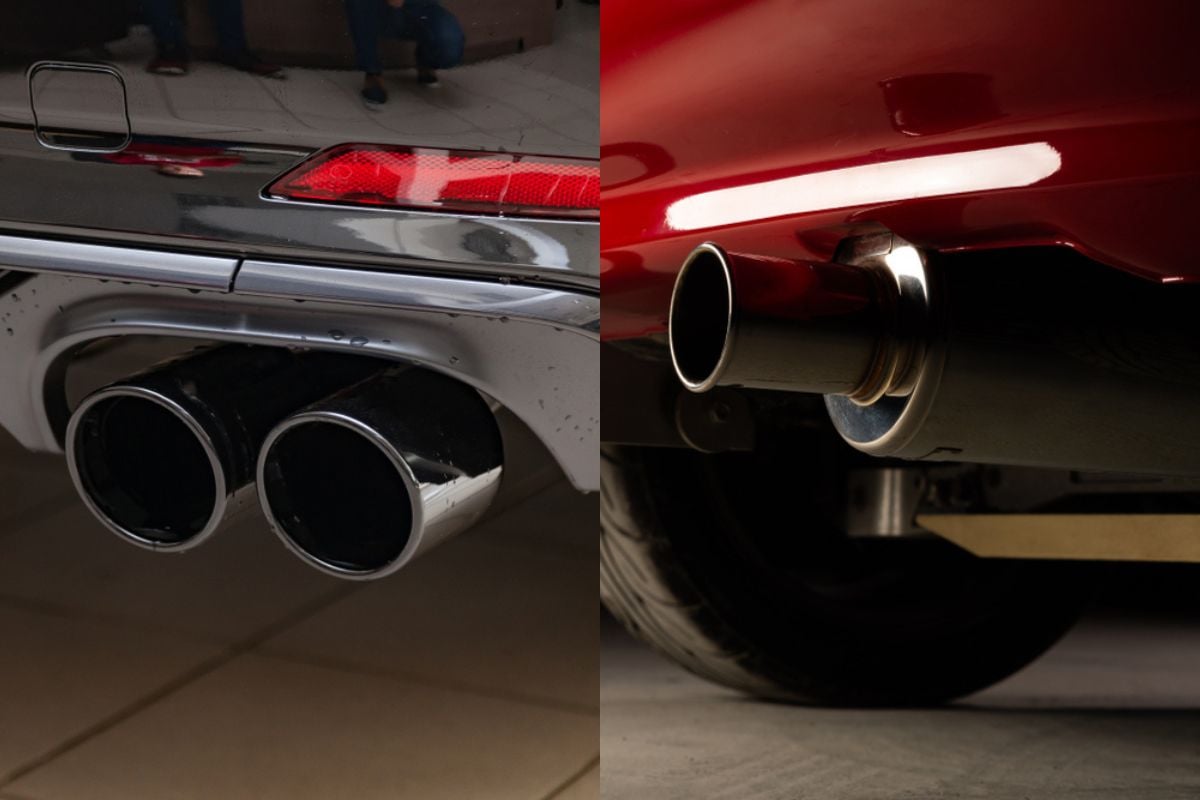 Choosing an exhaust system, particularly whether you want to go with a dual muffler or a single muffler, might seem like a small decision in the grand scheme of car buying. However, the exhaust system is one of the most important parts of the car.

The exhaust system is like the lungs of the car–it allows the engine to “breathe” and generate airflow. With this analogy, you might think that two are better than one.

However, some believe that a dual muffler doesn’t have many perks compared to a single muffler other than looking cooler to some people.

While the car industry is divided on which is objectively better, there are valid arguments for both sides. It mostly comes down to personal preference and developing a working understanding of how single mufflers and dual mufflers work.

In this article, we’ll discuss the differences and similarities between dual mufflers and single mufflers to help you come to a final decision about what type of muffler you’d like to have on your vehicle, among other questions.

What is a muffler? 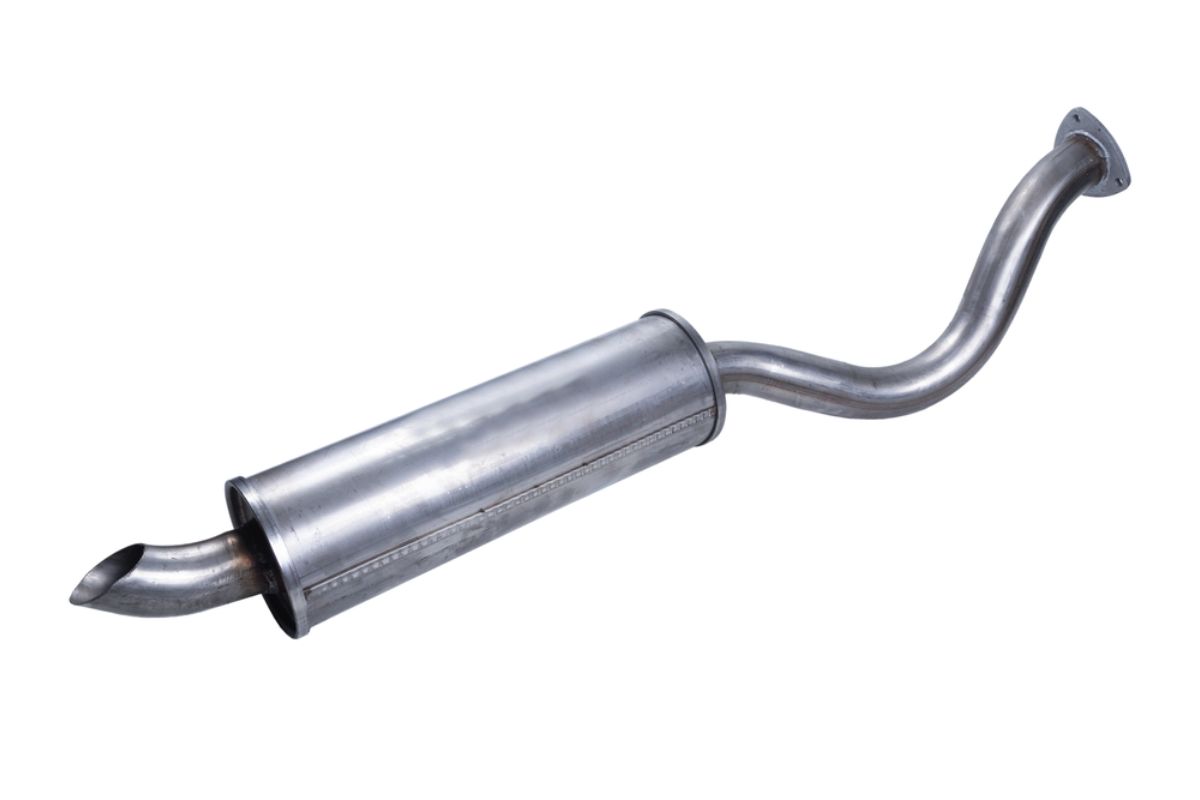 Naturally, if you’re wondering what type of muffler to get, it might help to get a grasp on what a muffler is. Essentially, mufflers (which are also called “silencers) are devices that are designed to lower the level of noise that the exhaust of the internal combustion engine in a car emits.

Mufflers are built to let the exhaust gases expand gradually. If the gasses expanded at an accelerated rate, they could produce an obnoxiously loud sound.

A muffler, probably named for its ability to “muffle” the noise of vehicles, reduces the noise. This is a perk both for those driving or riding in the vehicle and the neighbors who would have to tolerate the deafening sounds coming from the exhaust pipes without a muffler.

What is a dual muffler? 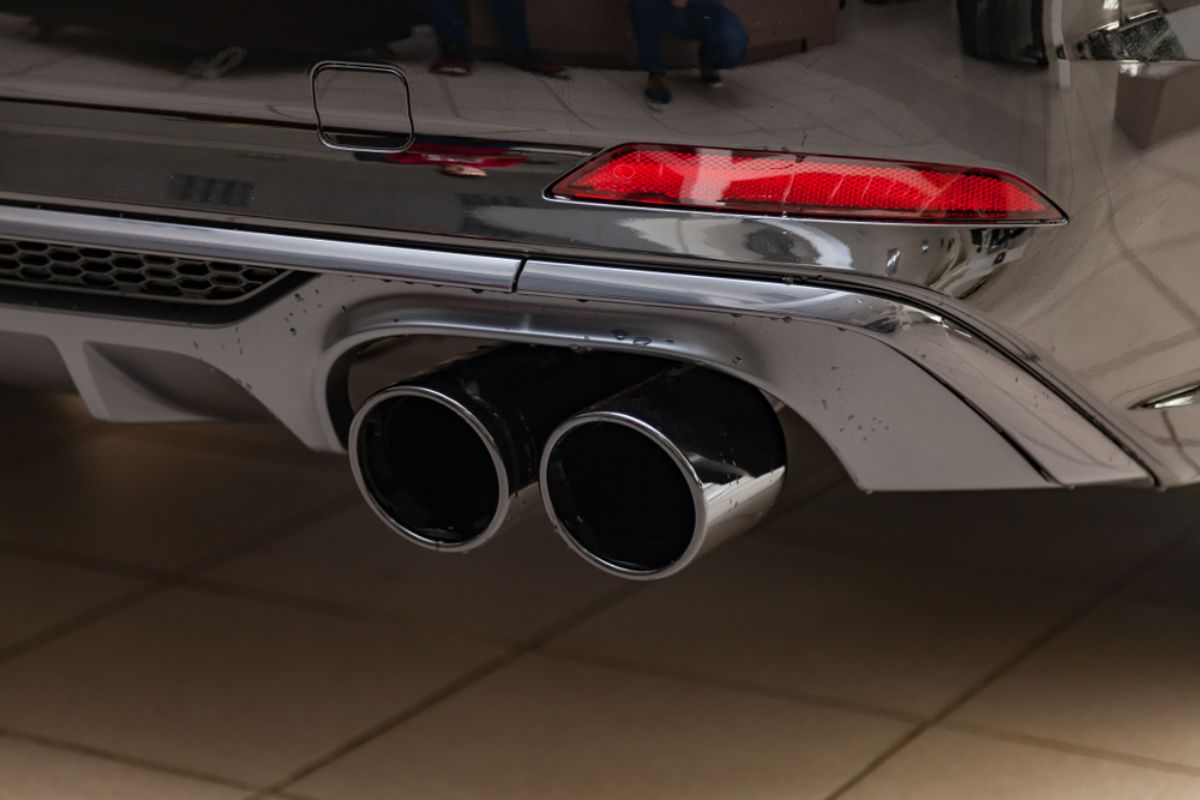 In short, a dual muffler is one part of an exhaust system that doles out the car’s engine exhaust between two distinct exit routes. Typically, these exit routes have two separate silencers (also called “mufflers”) at the end of them.

Oftentimes, a dual exhaust system is included in sports-style cars. For non-sports cars, it is sometimes tacked onto the car to give it a sportier vibe.

Because the exhaust system is what directs the way that fumes flow away from engines, dual exhaust systems tend to be favored by certain car professionals because they are more efficient. If you think about it, two pipes mean that fumes are making their way out of the engine about twice as fast.

It’s like having two lines for the cash registers at the grocery store instead of one. It cuts down on the amount of time it takes for fumes to exit the vehicle and increases the amount of fumes that the car can output.

As burnt gases leave the engine and head out of the tailpipes more quickly, new air gets to circulate through the engine. This helps facilitate the combustion process.

What’s more, the double exhaust and mufflers better the way that the exhaust system as a whole performs because they allow air to flow through two pipes instead of having the entirety of the fumes attempting to flow through one pipe.

However, two mufflers combined with two pipes for fumes to flow through allow the exhaust system and therefore the engine to work in a more efficient manner.

What is a single muffler? 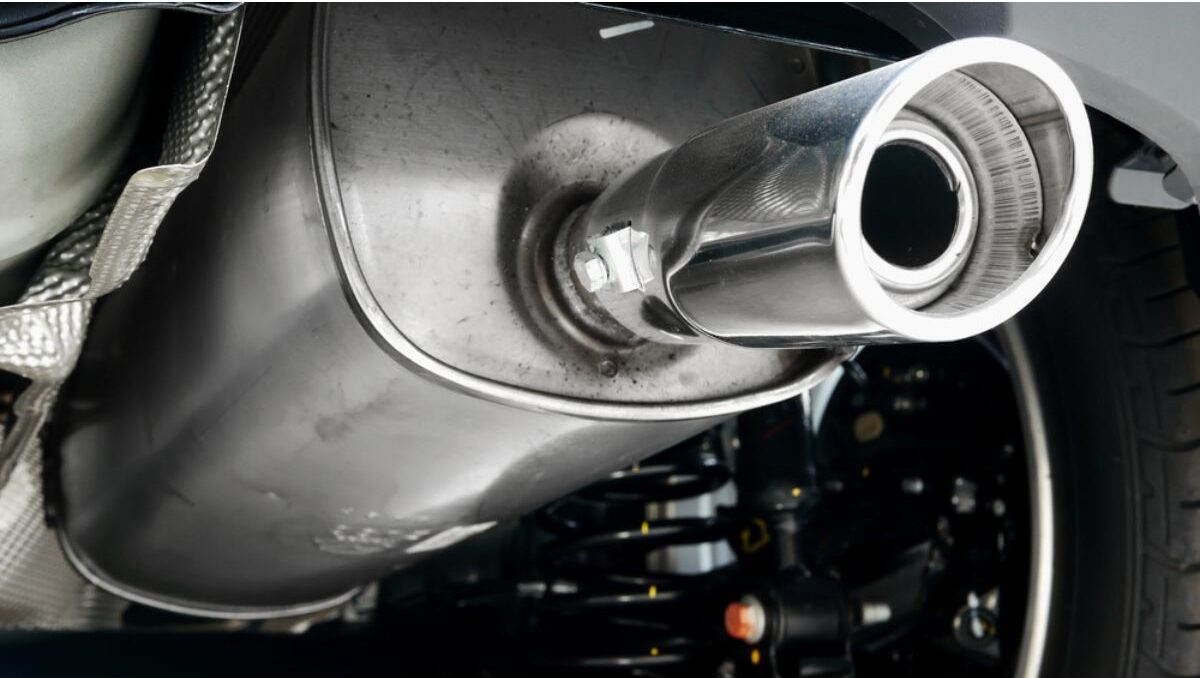 A single muffler is a muffler that is part of an exhaust system that only has one pipe instead of two. It has the same job as a double muffler and double exhaust system.

It’s basically designed to give fumes and burnt gas an exit while muffling the sounds caused by combustion. A single muffler might be less efficient than a double muffler because it’s only one pipe instead of two. However, as we’ll discuss, there are ways to improve the performance of a single muffler or exhaust system.

Sometimes, the difference in performance between a single muffler and a double muffler is hardly noticeable. A single muffler has a less sporty feel, so you will most likely find it on cars that are not considered sports cars or cars that do not aim to look sporty.

Other than that, there are some structural differences between single mufflers and double mufflers, as well as performance differences.

As cjponyparts.com shared in an article on the subject, “Single exhaust systems still get the job done efficiently and effectively. You can upgrade your single exhaust system to larger diameter pipes that can allow for a greater exhaust flow and increased horsepower.

The exhaust note will be enhanced along with performance. Some single exhaust systems even come with dual exhaust tips, so you can achieve the same appearance as a dual exhaust without paying the higher cost.

Upgrading your stock single exhaust will make a huge difference to both the appearance of your vehicle as well as the performance.

However, most would agree that a dual exhaust will give you better performance gains compared to a single exhaust system. Because the exhaust gases exit each manifold through two pipes rather than just one, they can exit the engine faster and provide additional horsepower gains.

Dual exhaust systems help reduce backpressure, which can save energy and increase the engine’s efficiency for better gas mileage. When it comes to dual exhaust systems, an X-pipe will cross over in the middle and produce the least amount of power loss in comparison to an H-pipe.

The H-pipe may not flow as well as the X-pipe, but it will have a higher amount of low-end torque. Although these differences might not hold much significance, it is worth noting. The biggest differentiation between the H-pipe and X-pipe will be the exhaust note emitted.”

For some, this is a perk. You might want your whole block to hear your sweet ride as you’re revving down the street. For others, though, a quieter car is preferable.

In this case, a double muffler might annoy you (and your fellow drivers, pedestrians, and neighbors), which could make it not seem worth it. 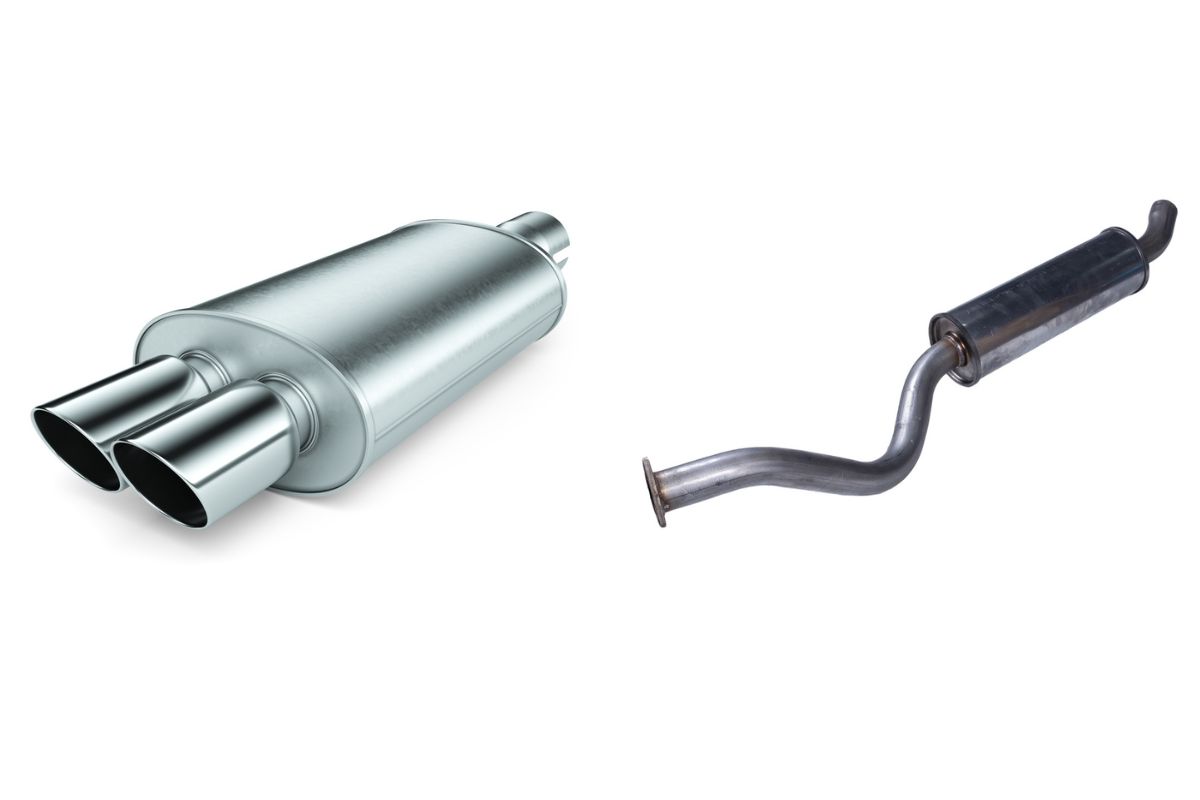 Both a double muffler and a single muffler are designed to do the same job. They both lower the level of noise that the car produces from combustion.

Also, a double muffler and a single muffler have the same placement as well as function in a car. They are usually both located in the exhaust system, towards the end of the pipes.

Does dual exhaust have two mufflers?

A dual exhaust system does not necessarily have two mufflers. As thenewswheel.com explained,  “dual exit exhaust system actually only has one exhaust manifold that empties into a single exhaust channel down to the muffler, where the muffler splits into two tailpipes.”