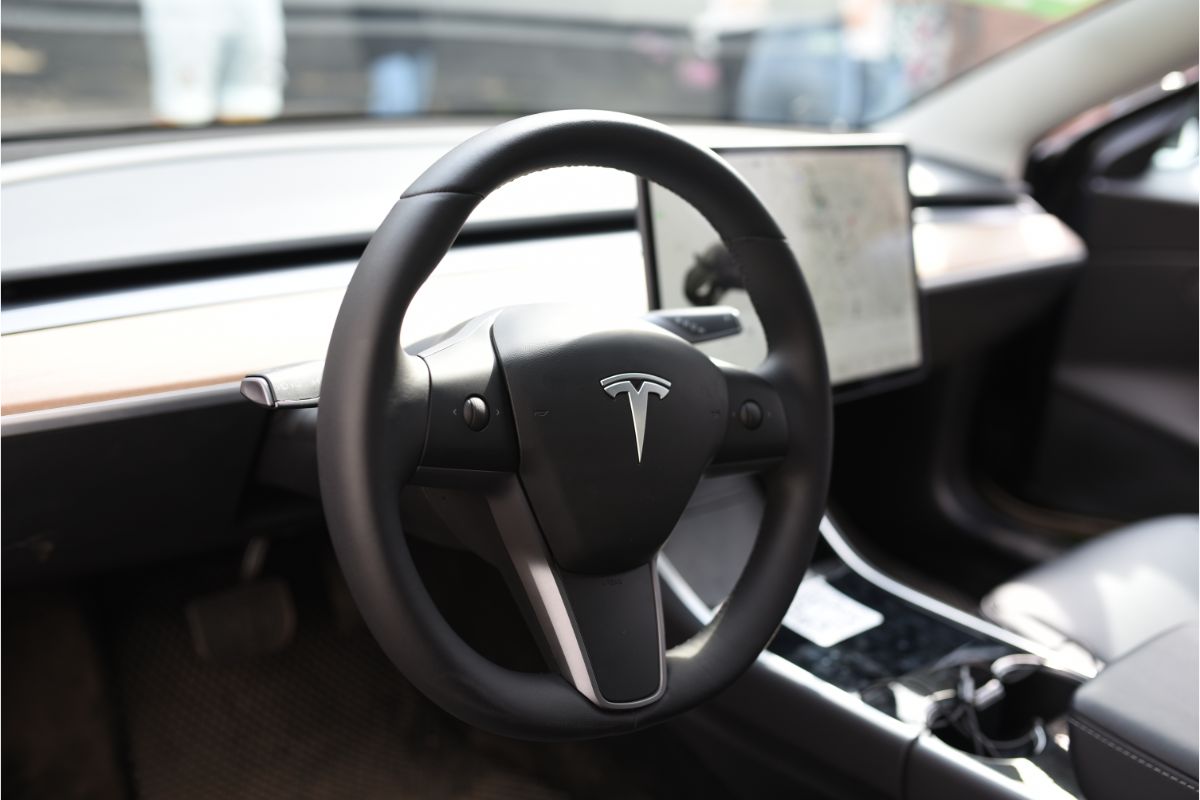 Although it may seem contradictory, what keeps drivers and passengers warm in winter in a car with a combustion engine is its low energy efficiency. In a conventional gasoline engine, the energy that is wasted is converted into heat, and it is this heat that is used to heat the passenger compartment or demist the windows.

A conventional combustion engine has an average energy efficiency of 40%. That is, more than 60% of the fuel used is wasted as heat.

An electric car can consume up to 40% of the energy in the thermal comfort of the passenger and, in extreme conditions, even more. For this reason, the air conditioning system in the passenger compartment is key to improving its autonomy.

In an electric car, the efficiency of the motor is 75% to 90%, and although some heat is produced, it is not enough to heat the cabin. The great advantage of electricity has become a problem to solve: keeping its users warm.

The options that are being considered are several, all aimed at not reducing the autonomy of the vehicle, already low in current models.

Obviously, it is not the same to keep a car at a pleasant temperature in the spring, than to get into the car early in the morning in colder climates and practically have to defrost the passenger compartment.

The more or less radical solutions will also be adapted to the weather conditions of the place where the driver lives. Since at the moment they are not suitable vehicles for long trips, variations can be ruled out.

How essential is electric heat? 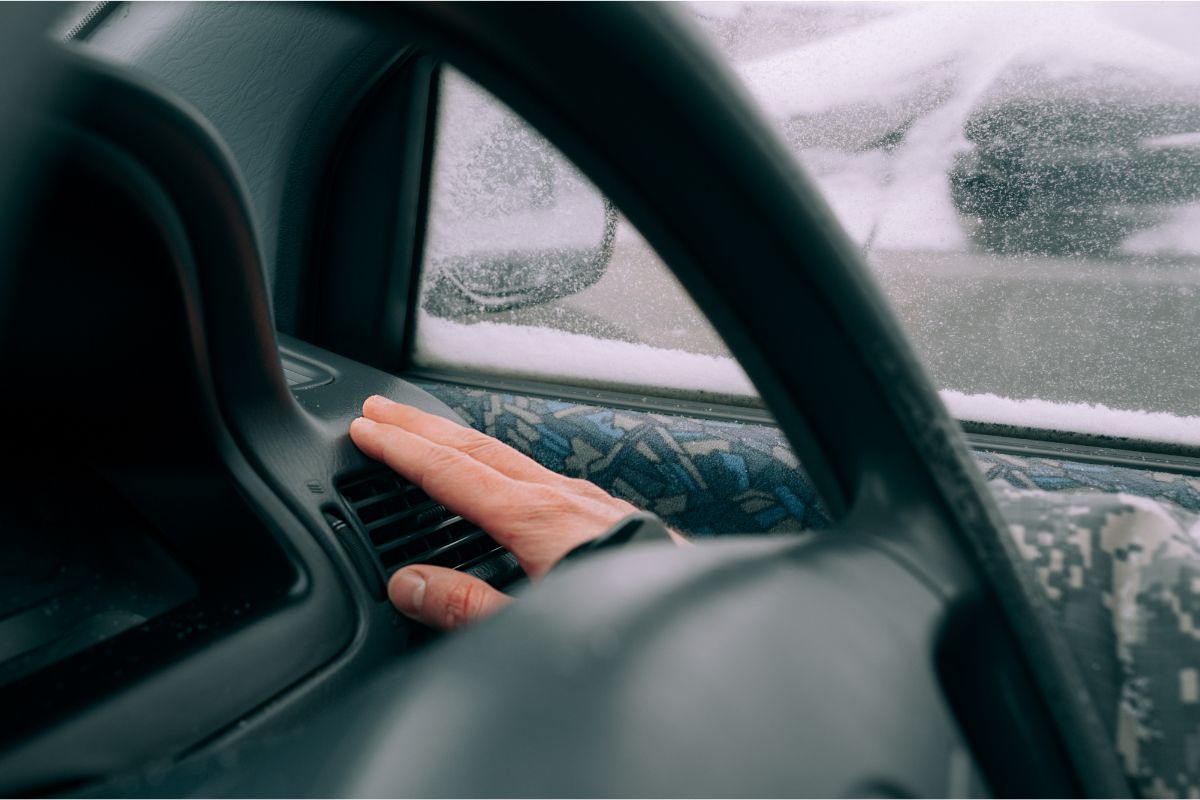 The first obvious option is the use of electrical energy, although it does not have to be taken directly from the batteries. It is easy to program the car’s electric radiator system so that, for example, it turns on at 6 AM using mains current after being fully recharged and maintains a comfortable temperature in the cabin until it is time to start driving.

The electricity consumed from the network is cheaper than the equivalent obtained from the batteries (due to energy losses) and it also conserves the entire autonomy of the car.

The job of the system once it’s running is just to maintain the temperature, if the windows are not open and the passenger compartment is properly insulated. It shouldn’t be an excessive load for the system; at most in very cold climates and very long trips, maintaining a consumption of 1 kW/h should not mean a decrease of more than 5% of the autonomy.

The obvious advantage is the indescribable situation of getting to the car in the morning and finding it toasty warm. The drawback, in addition to consumption, is that if the car is left parked for several hours, and the driver gets in, it will be cold and the consumption will be higher.

How essential is alcohol? 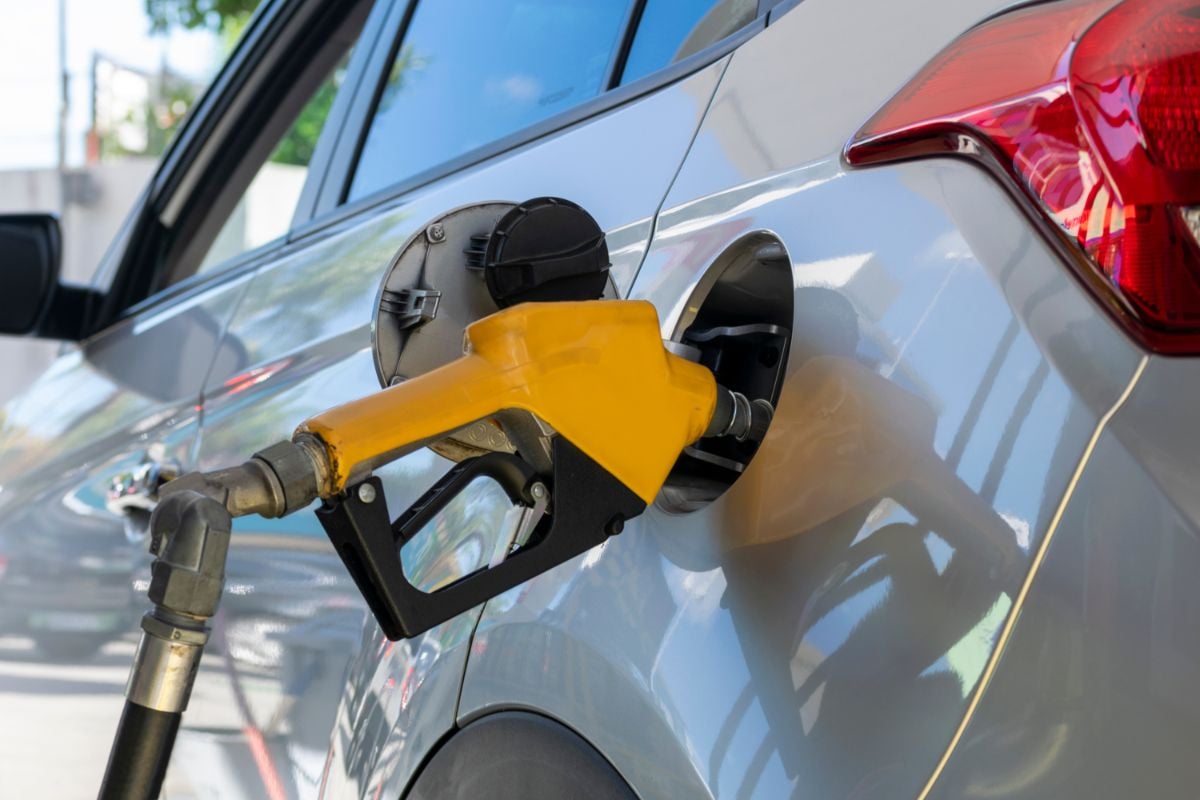 The second system that is being considered, already in use by Volvo in its electric C30, is the use of ethanol, which is the alcohol that everyone knows is found in wine and spirits.

The system is based on the use of burners to heat the air in the passenger compartment (and other car systems if necessary), taking advantage of the high energy power of ethanol (6 kW/h) stored in a tank that can be refilled by the user.

According to Volvo, a small 14-liter tank would be enough to keep the occupants of the vehicle warm for two weeks in cold climates (starting from the car at zero degrees). It doesn’t seem like a bad solution. Ethyl alcohol has the added benefit of being cheap and readily available, and any savvy user with a home can still make it in an emergency.

The great advantage of this system is the total independence of the car’s electrical system, and therefore of its autonomy (regardless of the minimum electrical cost of the heating circuit, pump…). The disadvantage is the dependence on another fuel, which has to be purchased, even if only for the winter.

Similar alternatives with other fuels are also being tested by electric car manufacturers, in conjunction with heat exchangers.

In any case, whatever the system that is imposed, one of the keys will be the correct insulation of the cabin to maintain the appropriate temperature for as long as possible, while allowing correct ventilation and renewal of the air in the cabin.

Radiant heat and ICT are the keys to success

Instead of heating all the air in the cabin, which is what has been done until now, some companies are looking to use a radiant system through which they would only heat the surfaces close to the passenger.

What are the key components? 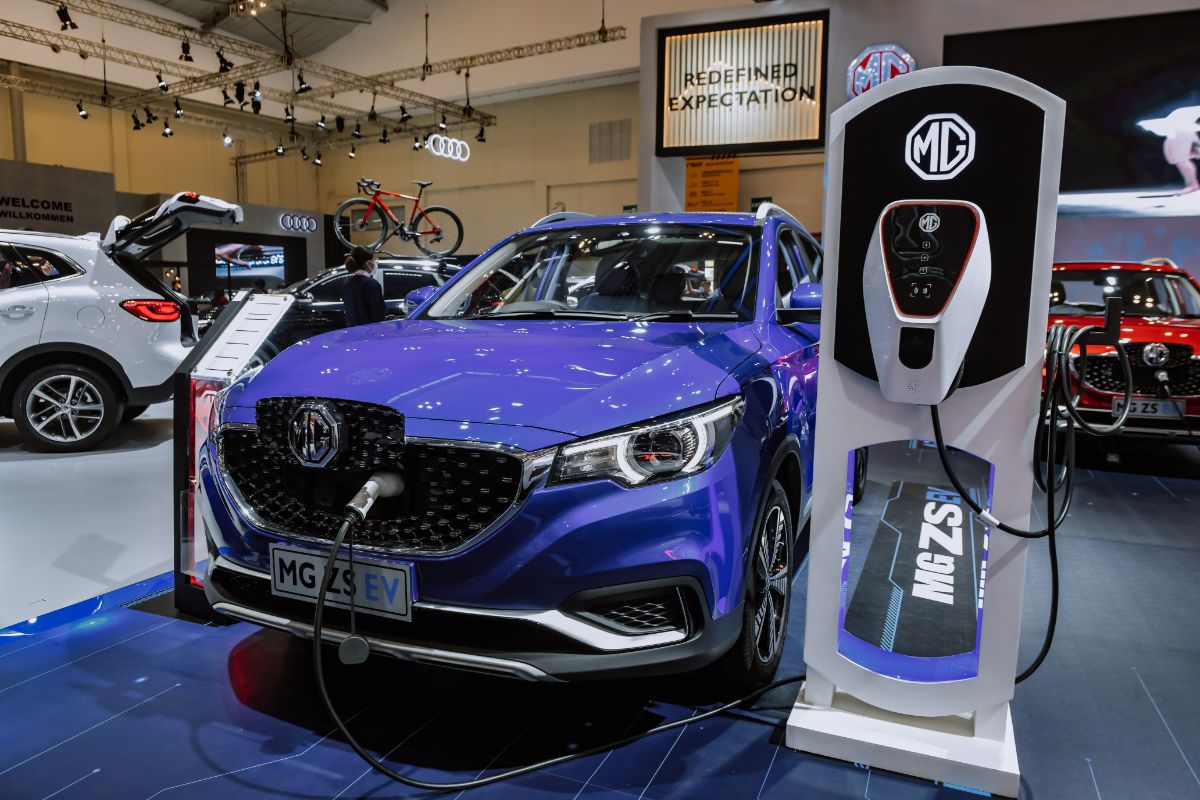 30% energy saving is achieved thanks to the surfaces that surround the passenger and radiate heat.

40% of an electric car battery charge can be spent on thermal comfort.

It is the Joules effect, which occurs when a metal is heated by the passage of electric current. But, since almost all the surfaces of a car are made of plastic, how to heat a material that is more of an electrical insulator? That is the reason why some companies have modified it by adding conductive nanoparticles to it.

What about the conductive process? 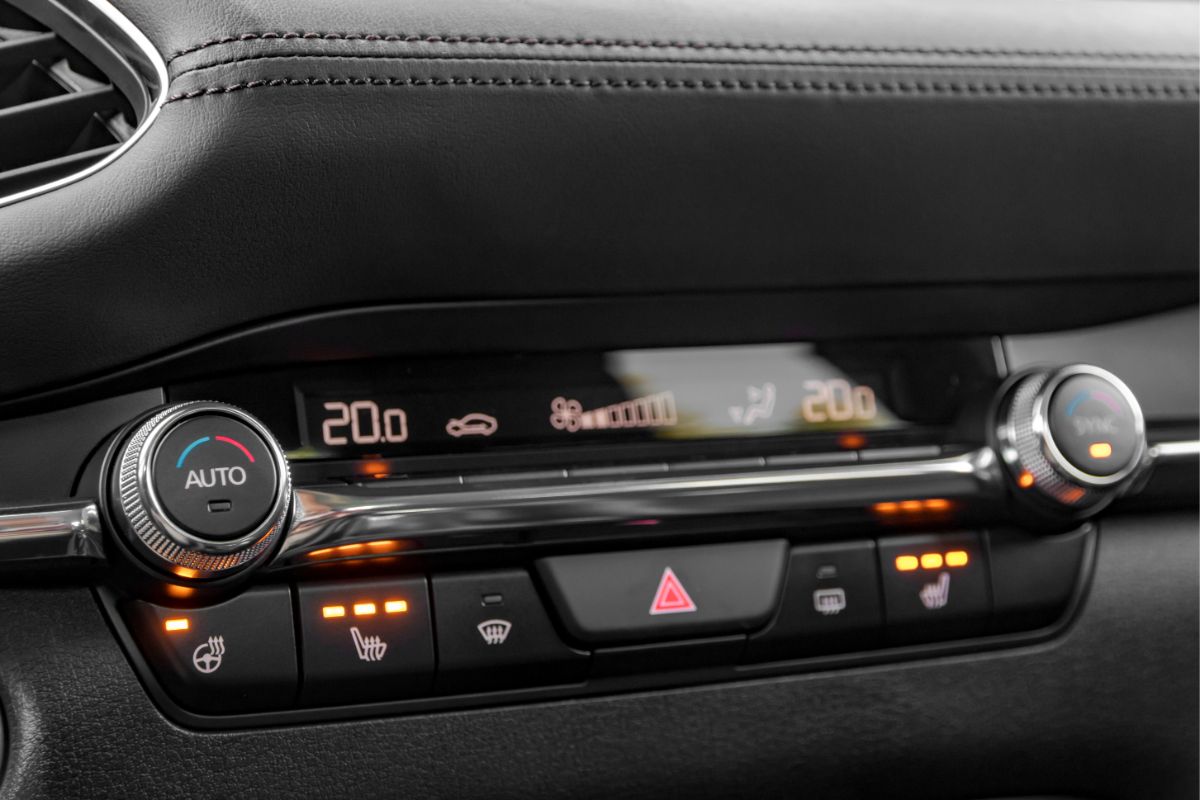 In this way, the company would have obtained rigid plastic panels and homogeneous heating suitable for the industrial production of any model of electric car. Specific companies worked on the elements made with flexible plastic.

The result is the possibility of heating the door, the floor, the ceiling, the part of the seat in front of the legs and the armrest, among other components.

The tests to which this heating system was subjected were very conclusive. Exposed to different temperature and humidity conditions in a climatic chamber, the electric car that carried it managed to offer greater thermal comfort than the vehicle that had the traditional system installed. And the energy savings would be 30%.

To this percentage must be added another 24%, the result of the ICT. The company led the analysis of large volumes of data from the sensors installed in the vehicle and necessary to optimize energy consumption.

Among other functions, its system provides practical eco-driving recommendations in real situations, such as saving energy on air conditioning if an electric vehicle driver had to travel 50 kilometers with only a third of the battery charge.

A job where the person in charge of energy as of vital importance for the successful completion of such a project in the quest for appropriate cabin heating.

There is an additional 3% energy savings obtained through lighter glazing on transparent plastic of very good quality, and which contains nanoparticles that reflect solar radiation. They prevent the passenger compartment from getting too hot, so it will have to be cooled less.

The process explained above is how an electric vehicle is heated to maintain its autonomy and to make sure the occupants and driver are comfortable.