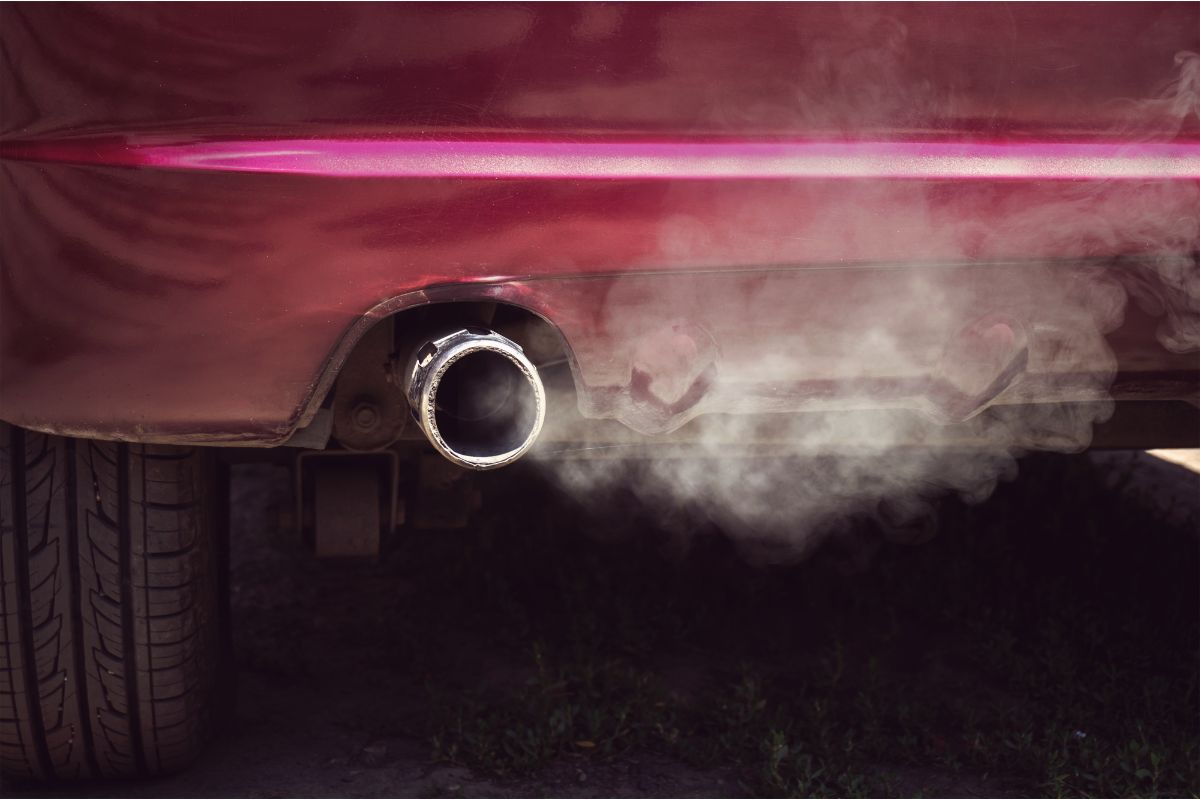 Whether you’re going through a major heat wave or you’re just generally worried about your vehicle’s parts overheating, it makes sense to wonder how hot is too hot for a muffler. While your engine might be limited in the range where it can still function at high temperatures, a muffler can handle a surprising amount of heat.

In this article, we’ll discuss how hot mufflers get and other related topics.

Contents Show
How hot do mufflers get?
What is a muffler?
Do you need a heat shield for a muffler?
What happens if my heat shield falls off?
Why does your muffler get so hot?

How hot do mufflers get?

You might be shocked to hear that mufflers can get about 1.5 – 2.5 times as hot as the boiling point of water. According to an article on the subject on motormanner.com, “Most mufflers would deal with temperatures which range between 300 and 500 degrees Fahrenheit.

Because of the heat intensity being produced by the emission system of the engine, most of the exhaust systems are indeed built to handle an excess of almost 1200 degrees.”

The overall heat of mufflers tends to depend on the RPM of an engine. If your engine has a higher RPM (Revolutions Per Minute), that will translate to a higher temperature for the muffler.

What is a muffler? 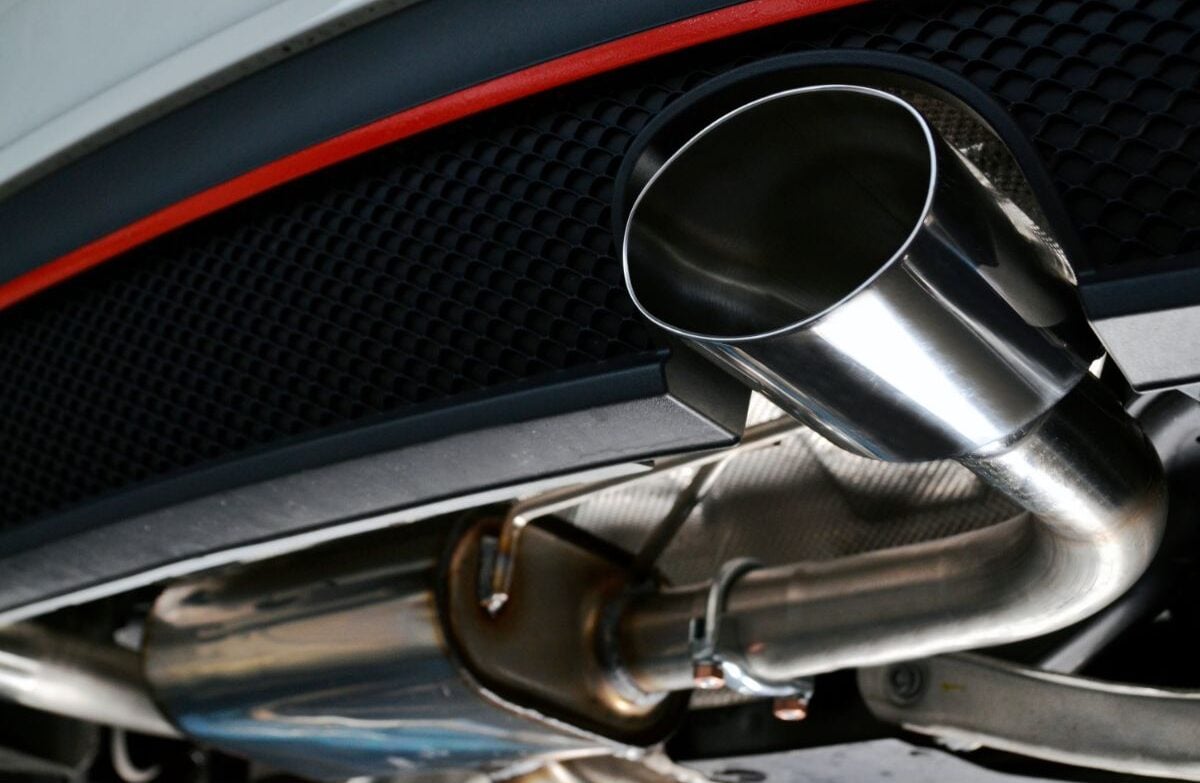 Naturally, if you’re wondering how hot a muffler can get, it won’t do you any good to learn about that if you don’t know what a muffler is. Essentially, mufflers (which are also called “silencers) are devices that are designed to lower the level of noise that the exhaust of the internal combustion engine in a car emits.

Mufflers are built to let the exhaust gases expand gradually. If the gasses expanded at an accelerated rate, they could produce an obnoxiously loud sound.

A muffler, probably named for its ability to “muffle” the noise of vehicles, reduces the noise. This is a perk both for those driving or riding in the vehicle and the neighbors who would have to tolerate the deafening sounds coming from the exhaust pipes without a muffler.

Do you need a heat shield for a muffler? 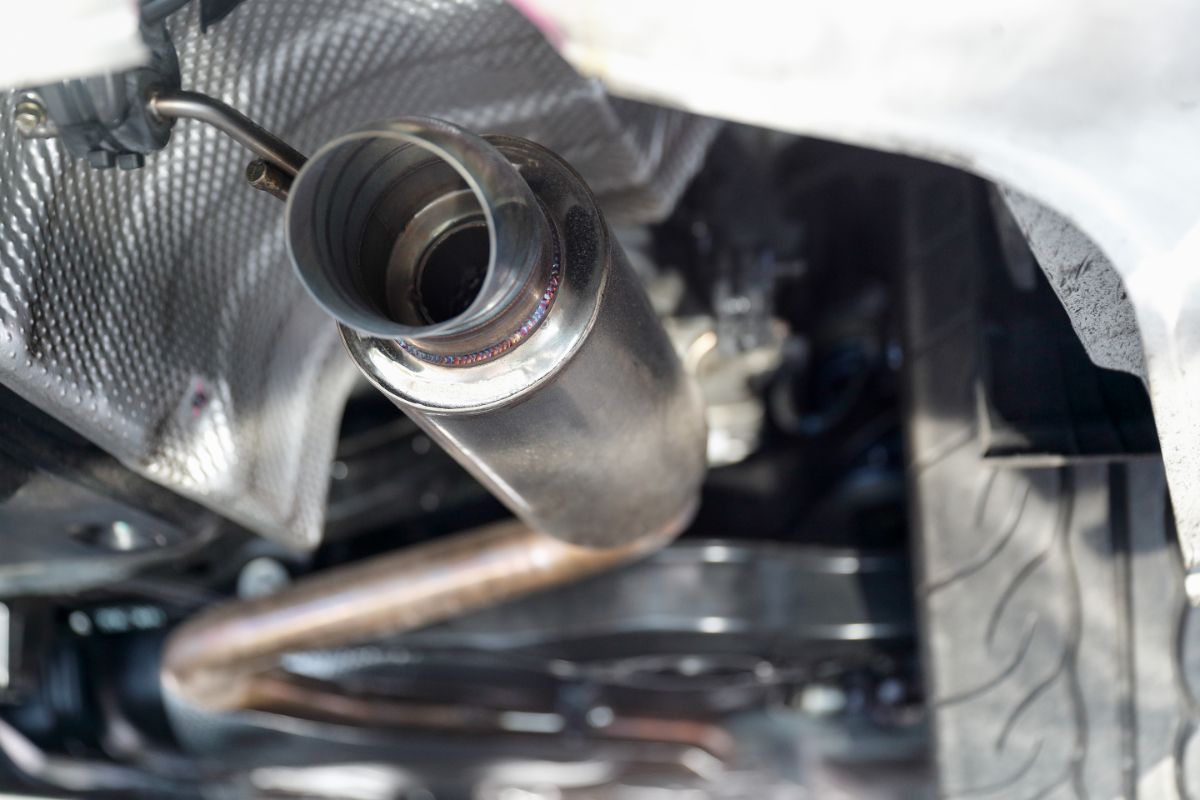 These temperatures would be hot enough to set your trunk and everything in it ablaze. It could also set your surroundings on fire, ruin your vehicle, and drain your bank account in damages to the car and the environment.

In a Seattle Times article on the subject, the writer was responding to an individual who reached out to ask if a heat shield was important after their mechanic removed a cracked heat shield from the muffler.

Although most car experts haven’t seen anything too insane with heat fusing together items, there are still signs that extreme heat is harmful and damaging to the vehicle. In almost all types of cars, the heat shield tends to be joined to the muffler.

This means that as the heat shield wears down and breaks, the car will start producing an annoying noise that is almost impossible to ignore. Once you hear this obnoxious sound, you can bet that your muffler may be on its way out, as well.

Magliozzi conceded that there are certain circumstances where someone could remove the heat shield without worrying about dire consequences. As he shared at the end of the article, “…if you drive the car only three miles a day, and the exhaust system never gets hot, you probably can get away with not having a heat shield. There are plenty of people who do.”

As your parents probably said, if all of your friends (or peers) went down a path that wasn’t the best for them, you wouldn’t want to follow blindly. If all of your buddies are diving off a cliff, you probably wouldn’t go down the same road.

In the same vein, just because your friends or fellow drivers are ditching the heat shield, it doesn’t mean that it is the best choice or that it won’t have dire consequences for your vehicle, belongings, and you as a driver or your passengers.

What happens if my heat shield falls off? 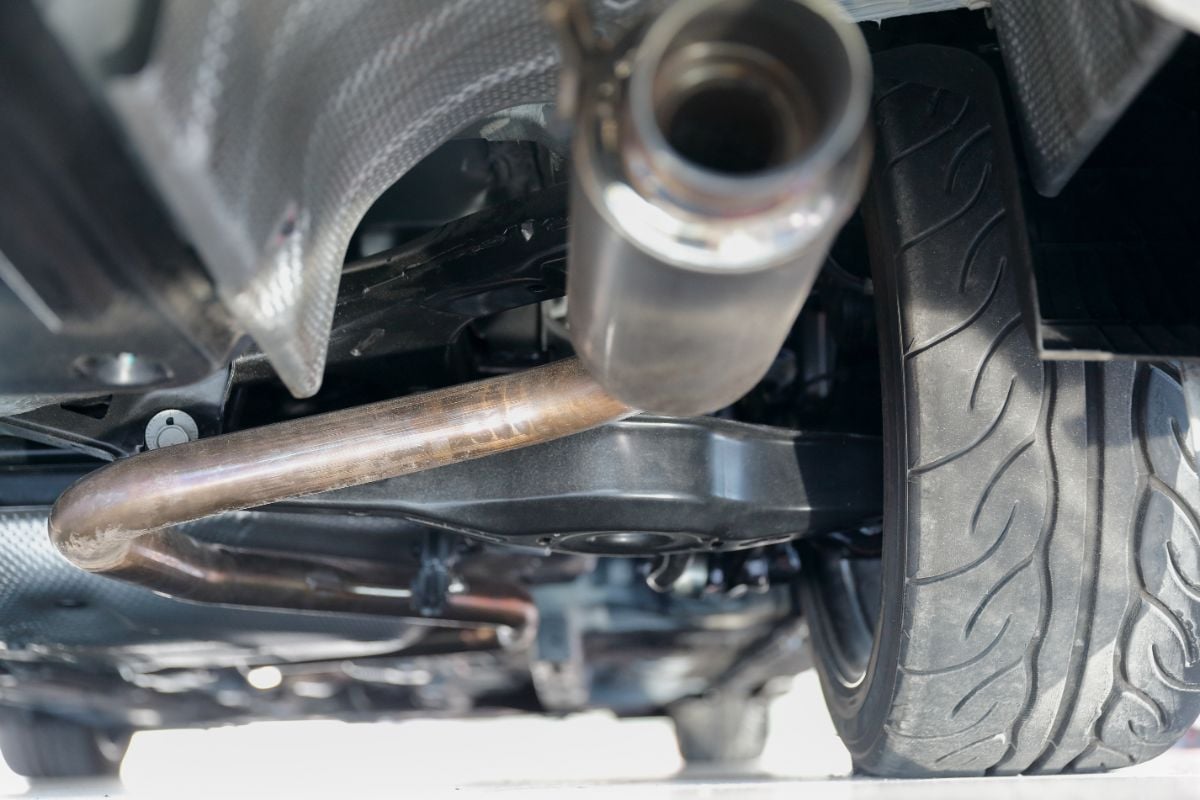 If you’re a car enthusiast or professional, you may know that heat shields tend to hold up for the duration that the vehicle lasts. Still, even though heat shields are manufactured so that they last as long as the car to which they are attached, they are liable to break or need replacing at some point before the car retires.

Sometimes, heat shields need to be fixed or replaced altogether. After all, they have a pretty intense job: heat shields encircle the exhaust manifold and “shield” the exhaust and engine parts from extreme heat. Heat shields also safeguard vulnerable parts of the engine that are positioned underneath the car’s hood from overheating.

Since heat shields have such a heavy job, it makes sense that they sometimes struggle to stand up to the amount of heat they are under.

When the heat shield falls off, you ultimately should get it replaced or repaired as soon as possible. Otherwise, you put your vehicle at risk of greater damage. You also put yourself at risk of fires and the burns and other associated issues that come with that.

If your heat shield is about to fall off, there are a few telltale signs that you can identify so that you can either prevent it from falling off or replace it as soon as possible. A faulty or damaged heat shield might show warning signs such as a burning smell that seems to be emitted from your engine.

The extra heat from the engine bay makes peripheral parts melt down, which causes this strange burning smell. The parts around the heat shield become especially vulnerable since they are the parts that the heat shield was designed to protect. As the heat shield breaks down, it will fail to direct heat away from certain components as it was intended.

This means that plastic parts might melt or become distorted in their shapes and produce terrible fumes. Belts might also break as the heat becomes too much for them to withstand.

Overall, a burning smell that stems from your car is never a good sign. If you notice a burning smell emitting from your vehicle or feel like the engine is too hot when you try to touch it, this means it’s time to get everything checked out by a qualified mechanic.

Another indicator that your heat shield is damaged or failing is hearing a rattling exhaust or scraping sound coming from the same area in your vehicle. Depending on how broken the heat shield is, it might start vibrating.

This will cause a rattling sound that is not only annoying but also a sign that danger might be up ahead if you don’t get your car checked out. If the heat shield is loose, it could also make a rattling sound.

A loose heat shield may just need to be tightened whereas a broken heat shield could need to be replaced. The only way to find out what your car truly needs to restore the heat shield and keep the muffler from overheating is by paying a visit to a trusted mechanic.

Why does your muffler get so hot? 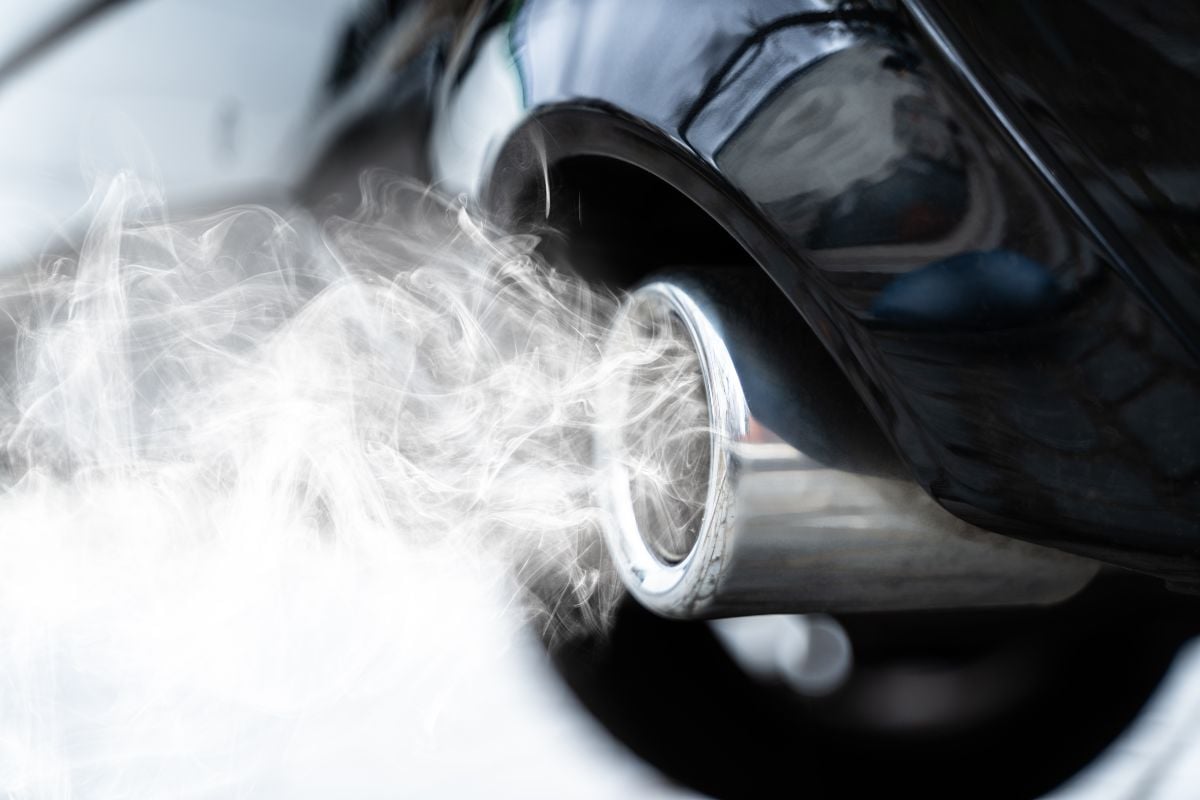 While there are plenty of reasons why a muffler is getting too hot, there are some common causes for this problem. One of these causes is that the exhaust temperature is significantly higher than it should be. Another potential reason behind a muffler that seems to be hotter than usual is that the fuel mixture is leaner than the ideal mix for the vehicle.

Ultimately, if your muffler is so hot that it is glowing red, it may be best to take it into the mechanic’s shop and see if there is an underlying issue. Letting overheating parts go can be like playing with fire–literally–so it’s best to err on the side of caution.