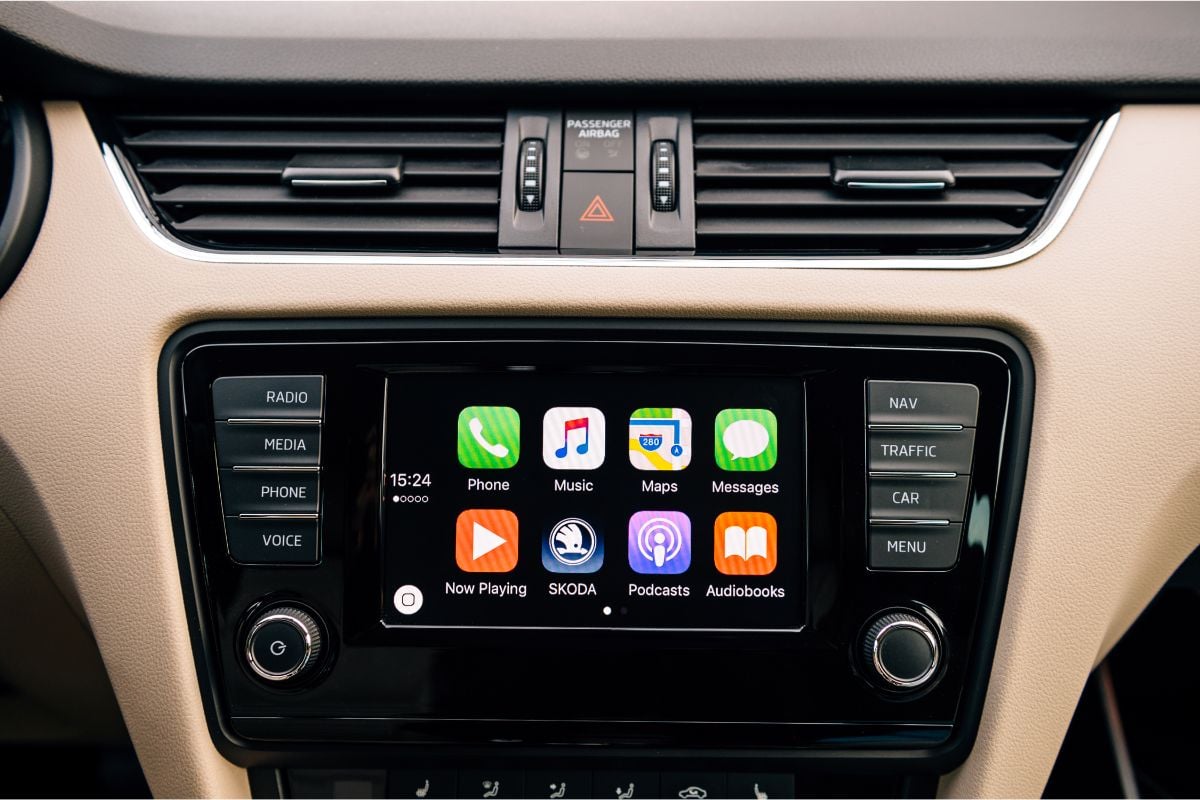 Apple CarPlay makes it easy to use an iPhone in the car. The user doesn’t even have to hold it in their hands. CarPlay uses the car’s infotainment system as a mirror for the basic functions of the smartphone. Apply Carplay is free and only requires the user to download software to install in the vehicle.

However, it is only free when it comes as a preinstalled feature in newer model vehicles. With Apple Carplay, users have to pay for their data plan with access to the wireless feature. Some vehicles do not support Apple Carplay and users may have to upgrade their media system at a cost of $300 minimum to $1000 maximum. This would depend on the model, features, screen size and brand.

Mirror, mirror, show me my iPhone! This is how Apple CarPlay works, like a fairy tale. With CarPlay the user can access their smartphone via the display of the infotainment system. Without taking their hands off the wheel, users can call their mother or have WhatsApp messages read out loud.

And all that is free. Users can play favorites from their music collection, let Maps take over the navigation and take a look at the appointments of the day. No question, CarPlay can do more, even for relatively free software in a new vehicle. With a Bluetooth connection, access to their iPhone would be significantly more restricted. So, what’s different about Apple CarPlay?

What is Apple CarPlay?

Apple CarPlay is an interface that connects the iPhone and the car’s infotainment system. The smartphone and the vehicle system are usually connected to each other using a Lightning cable. The connection can now also be established wirelessly.

Once the mobile phone and information system have connected, CarPlay mirrors the enabled apps on the display of the vehicle console. In a car without an infotainment system, the apps can be seen on the smartphone display.

Why CarPlay only grant access to a limited number of apps? 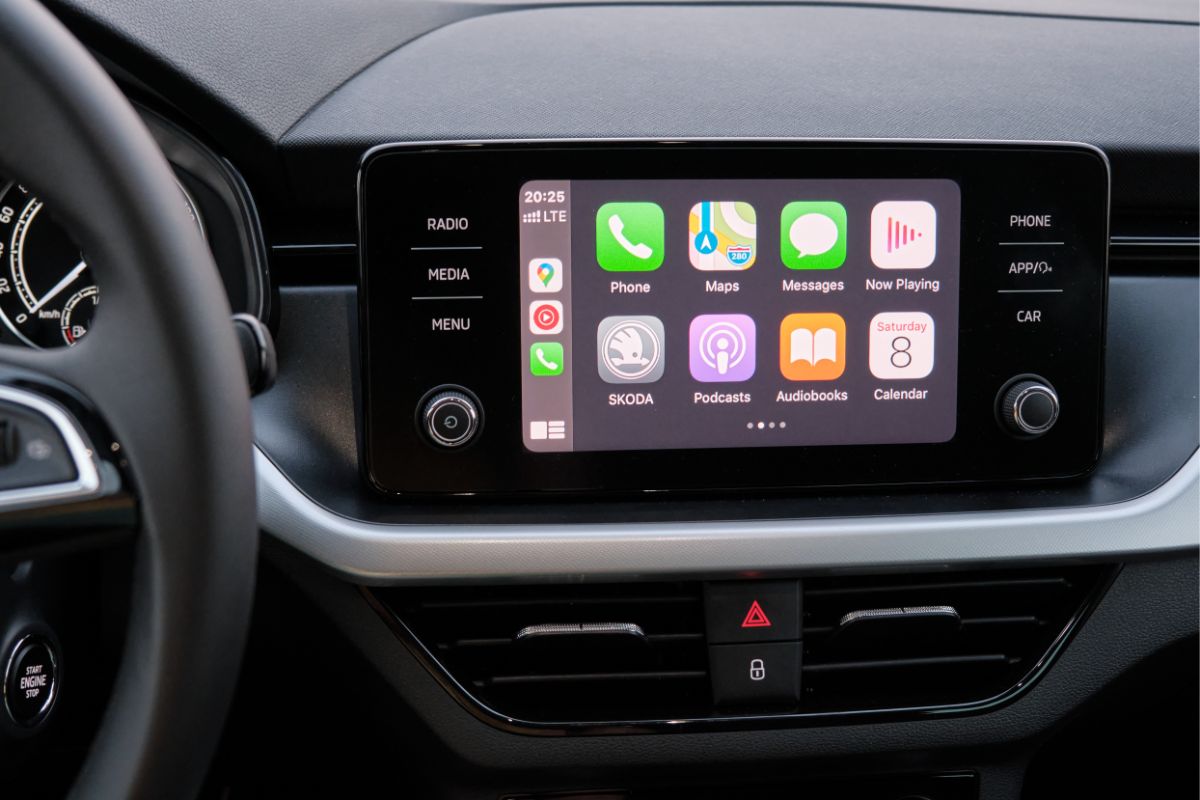 For free software, it is commendable that users can access elementary applications, and a driver should be distracted from the traffic as little as possible. That’s why Apple only releases certain apps for use via CarPlay. All other applications installed on the iPhone will be blocked for the time being. Apple has provided the interface for cars since the iPhone 5.

What are the advantages?

What are the disadvantages? 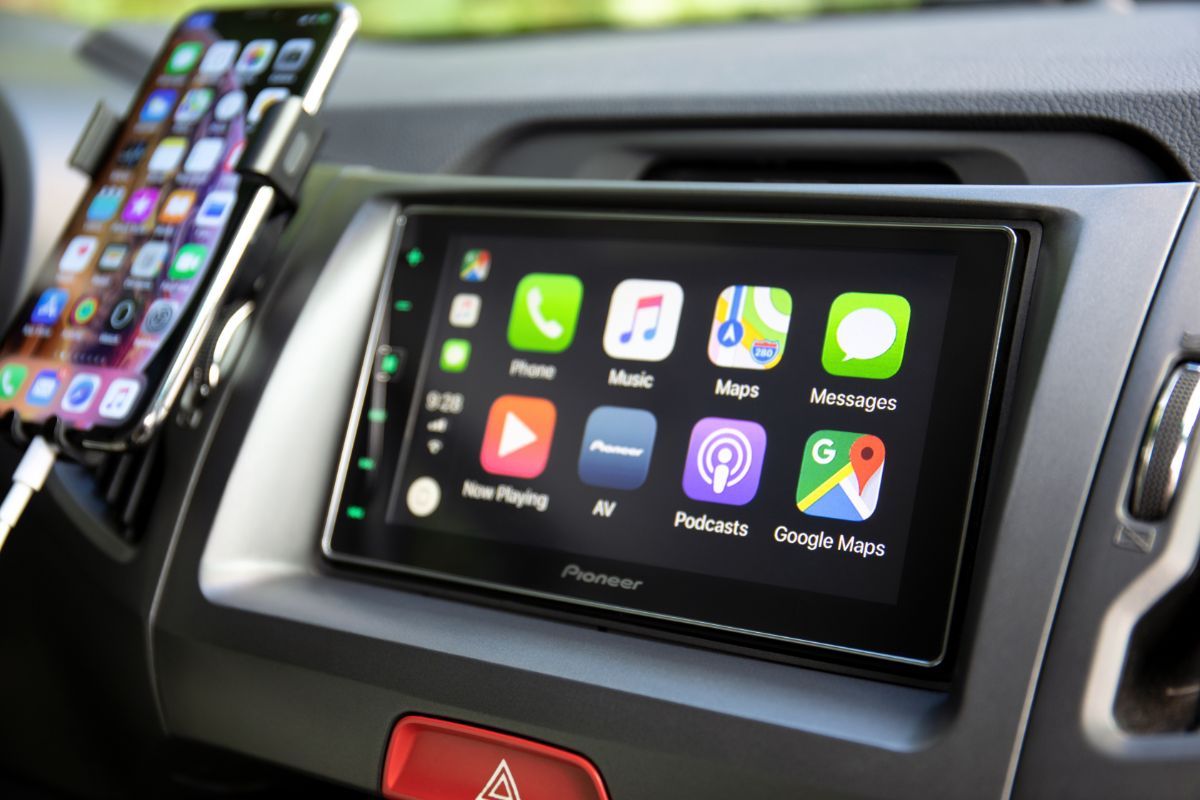 What can Apple CarPlay do?

Siri takes command: The current version of CarPlay can be operated via voice control. Alternatively, users control the reduced user interface via the touch display and the controls of the infotainment system. Therefore, users can safely stow their iPhone while they steer the car.

The Apple software brings maps on the display on the dashboard. Users now also have access to other navigation apps via CarPlay. The software even wants to be able to use addresses from emails and text messages to guess the driver’s destination. Connected to real-time data from the Internet, CarPlay shows petrol stations, restaurants and whatever else the driver might be looking for along your route.

A weekly call to mom is due, but still stuck in traffic? No problem. Thanks to CarPlay, users can access their contact list or phone book. The user just tells Siri to make the call. Users can also listen to their answering machine in the car without reaching for their phone.

Users can even read text messages in the car without breaking the road traffic regulations. More specifically, Siri reads the messages to the user. If the user wants to reply, they will simply dictate to the language assistant what they want to write. He does that for the user.

With CarPlay, users always have their favorite music or audiobooks with them. The unlocked apps include iTunes, Spotify and Audible. But be careful: streaming while driving uses up data volume.

CarPlay accesses the user’s calendar. However, the application only shows the current day. A weekly or monthly view is not provided. At least users can plan their working day on the way to the office.

Extensive and effortless access to the iPhone is a great thing when driving. If the driver receives an important message, the sender does not have to wait for the reply until reaching their destination. The idea that users no longer have to laboriously compile favorite songs into playlists for the car is also pleasant. Users can now play them as they like using this free Apple CarPlay.

But this handy software, which mirrors a simplified user interface of the mobile phone, also carries a risk that you should not underestimate. So much hassle-free access to the iPhone while driving could be a distraction from what’s important – what’s happening on the road. Even if users access the voice control, they will be mentally distracted. Therefore, it is important to use it with care.