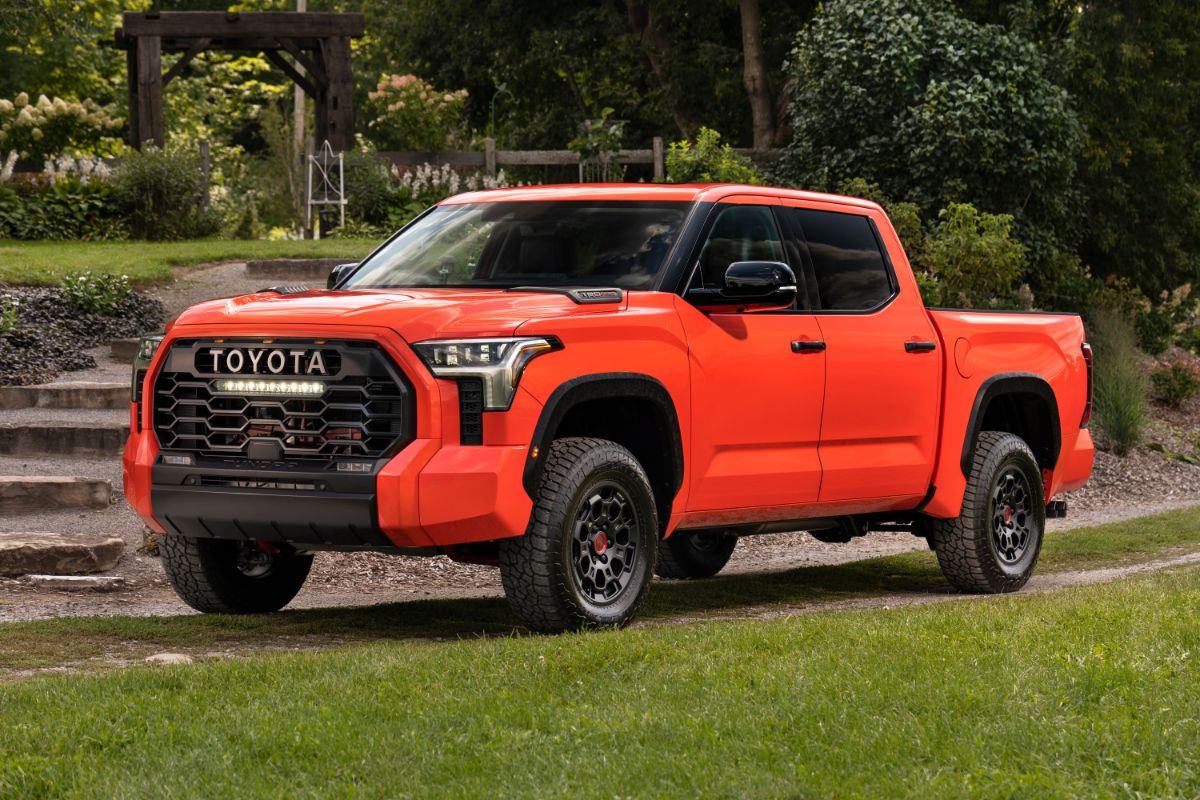 The Toyota Tacoma results from the T100 project that produced a passable pickup truck. However, it wasn’t a truck that could go head to head with Detroit’s big three heavy haulers, the Chevy Silverado, Ford F150, and what would have been the Dodge Ram 1500, back in the day.

The pickup trucks mentioned have been tested through decades of use. Even with the workaday abuse they get, they keep ongoing, which has earned them respect in the work truck world. So, too, has the Tundra, with millions of miles of use over several decades. It has proven that it has the heart of a Toyota and the dependability and reliability they are known for. 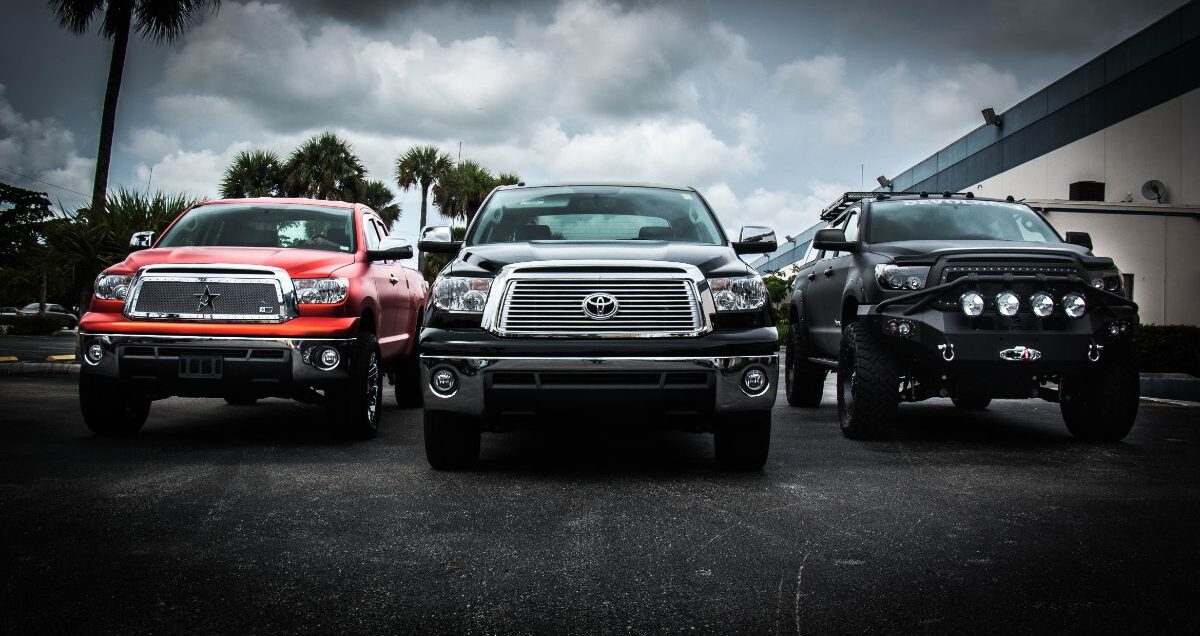 For the 2022 model year, Toyota has released its third iteration of the Toyota Tundra, dubbed the (XK70). All Tundra models are equipped with a 5.5-foot bed, standard. However, 6.5 and 8.1-foot beds are available as an option on some models.

There are seven models in the 2022 lineup of Tundra’s that include the SR, SR5, Limited, Platinum, 1794. First, of course, there is a TRD Pro model with a hybrid power plant, ready-made to hit the trails, and the most luxurious of them all, the Toyota Tundra Capstone. Maximum towing weights vary. However, the Limited and the TRD Pro can pull a hefty 11,100 pounds.

Hybrid power is available on every Tundra, except for the SR, and comprises a 3.5 liter, twin-turbo V6 married to a hybrid-electric system. The result is an impressive 437 horsepower and 583-pound feet of torque.

The Tundra SR and SR5 get 18 city/23 highways, miles per gallon. The Tundra returns the same mileage when equipped with the more powerful 3.5 liter V6 as does the Tundra equipped with hybrid power.

The transmission in the Tundra has ten speeds, which helps with gas mileage, and four-wheel drive is an available option on every model. The base price of the Toyota SR, the least expensive of the Tundra models, is $35,950. However, the Tundra Capstone is at the opposite end of the spectrum, which will set you back $73,530. 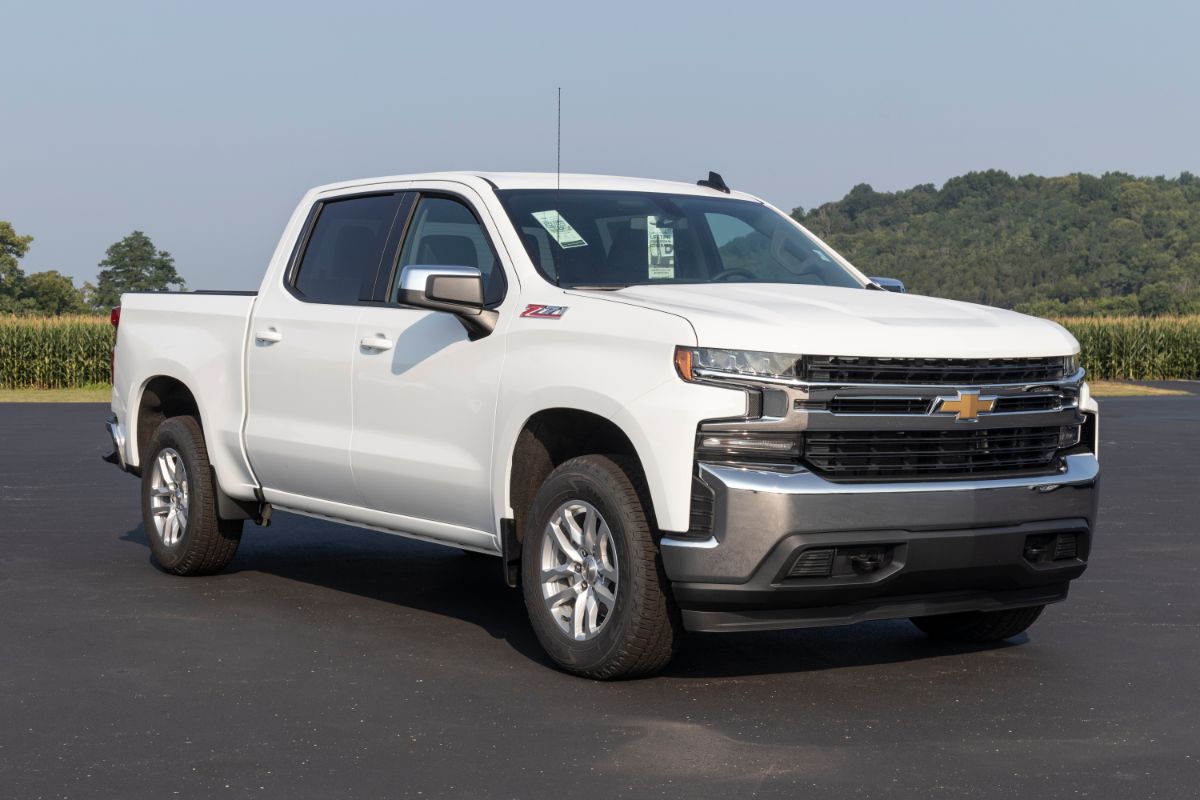 The kind of power produced by the 6.2 in the Silverado gives it the guts to tow up to 13,300 pounds, making it one of the best in its class for towing. The other engine that provides the Silverado with 6,500 pounds of towing ability is the 3.0-liter Duramax diesel. It turns out to have 277 horsepower and 430-pound feet of torque for the big jobs.

The starting price of the Silverado is $32,500 for the WT and highs up to around $67,000 for a fully equipped High Country. When equipped with the 2.7-liter turbo, a Silverado will return approximately 19 city and 20 miles per gallon of highway mileage. The 6.2 liter V8 remarkably gets the same highway mileage as the six-cylinder. 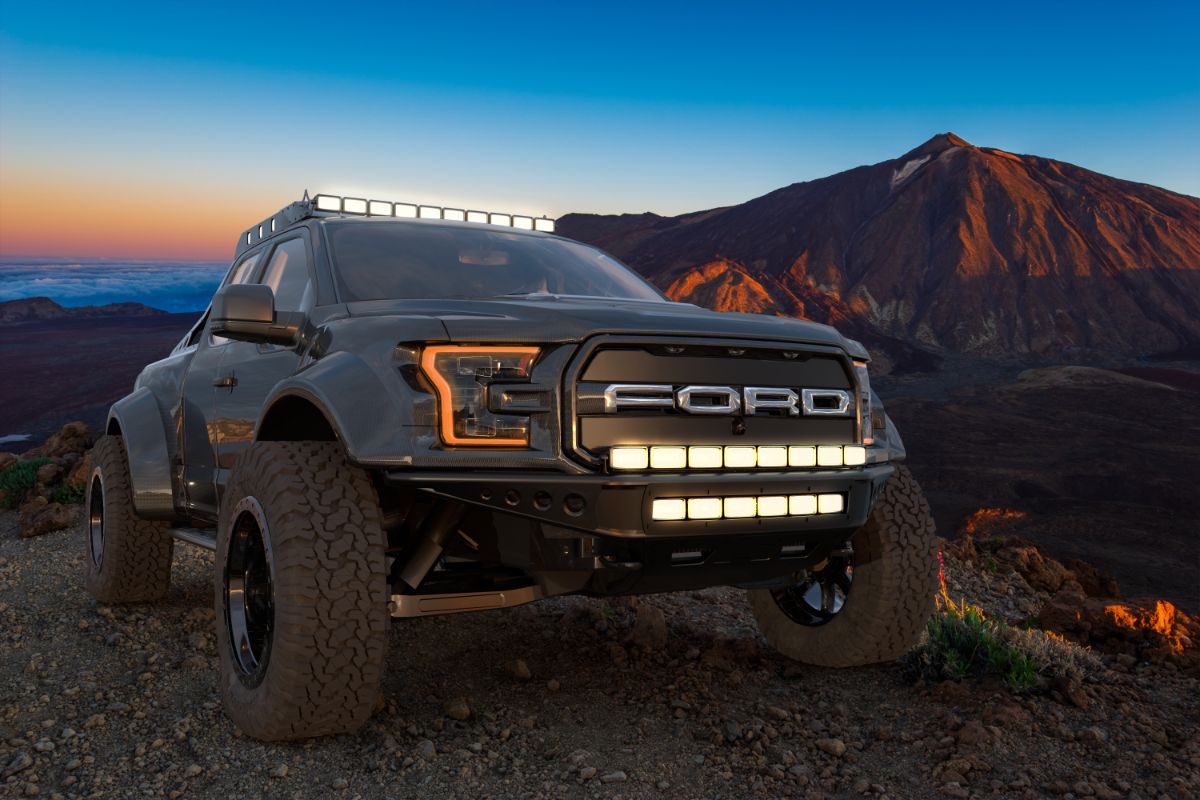 F series Ford trucks have been being built since 1948, and the tradition lives on in the 2022 Ford F 150. Offered in eight models, trim levels begin with the F150 XL, the XLT, the Lariat, the King Ranch, Platinum, Limited, Tremor, and the Ford off-road-ready F-150 Raptor. 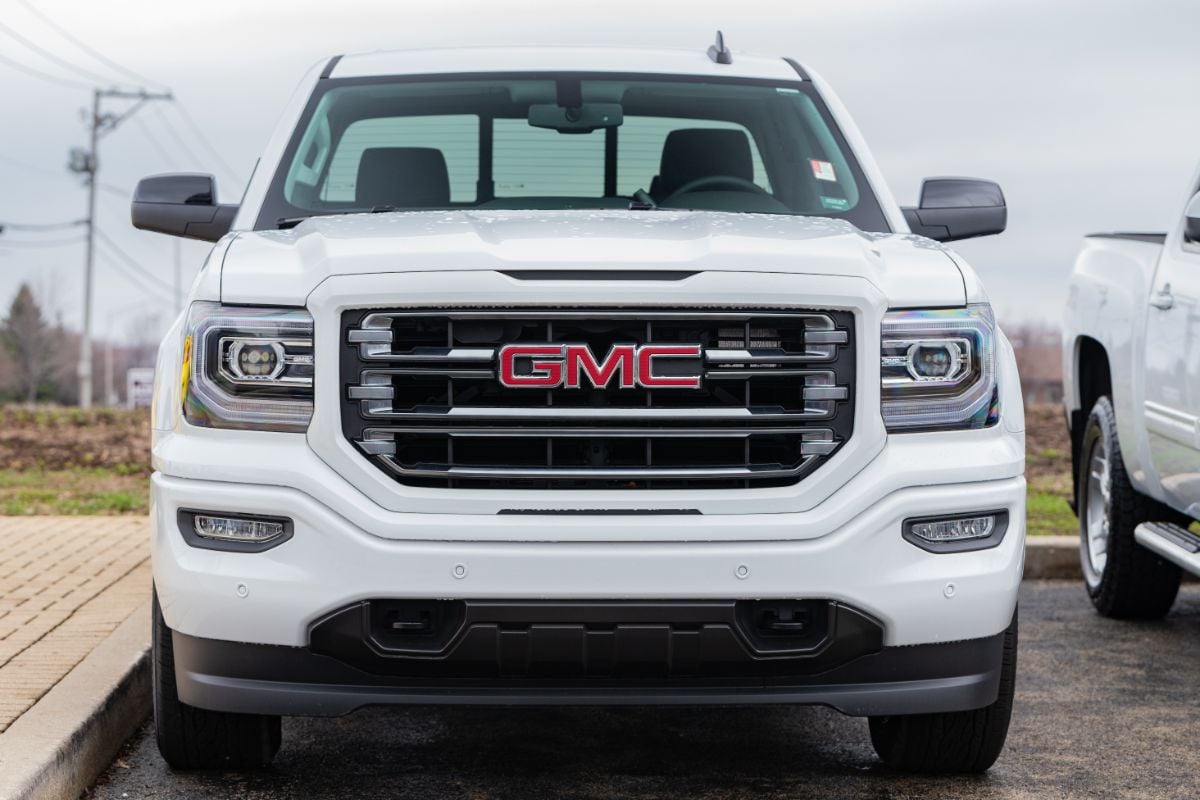 Sibling to the Chevrolet Silverado, the GMC Sierra 1500 has many of the same features, but it’s a GMC, so it’s better. At least, many buyers would argue they are, and as a nod in that direction, the Sierra has eight trim levels instead of six. They include the Pro, SLE, Elevation, SLT, AT4, AT4X, the Denali, and the Denali Ultimate.

The first three trim levels are powered by the 2.7-liter turbo, with 310 horsepower and 430-pound feet of torque. Other engines are a 3.0-liter Duramax Turbodiesel and a 6.2 liter V8. All models have a ten-speed gearbox.

The base price of the Sierra Pro is $33,300, and when equipped with the base 2.7-liter turbo. However, a fully equipped Denali Ultimate will set you back almost $80,000. Fuel mileage of the Sierra varies from one powertrain to the next, and the 2.7-liter V6 returns 19 city/22 highway miles per gallon. When equipped with the 3.0 liter Duramax diesel, the average becomes 23 city/ 30 highway, impressive for a full-size truck. 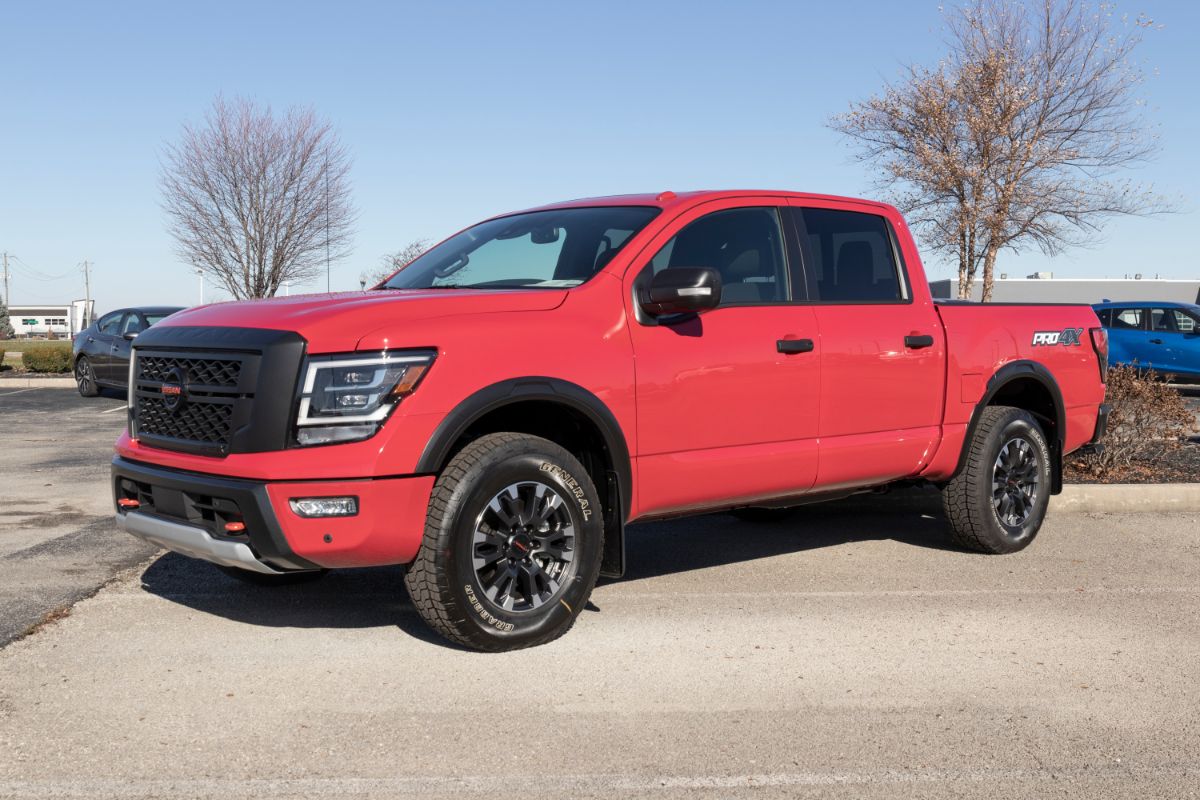 Every model comes standard with a 5.6 liter V8 that produces 400 horsepower at 413-pound feet of torque. It’s a great engine and gives the Titan class-leading standard power. However, it is the only engine available on the Nissan Titan. The good thing about that is you won’t need to choose. The bad thing is, there is only one choice of engine. 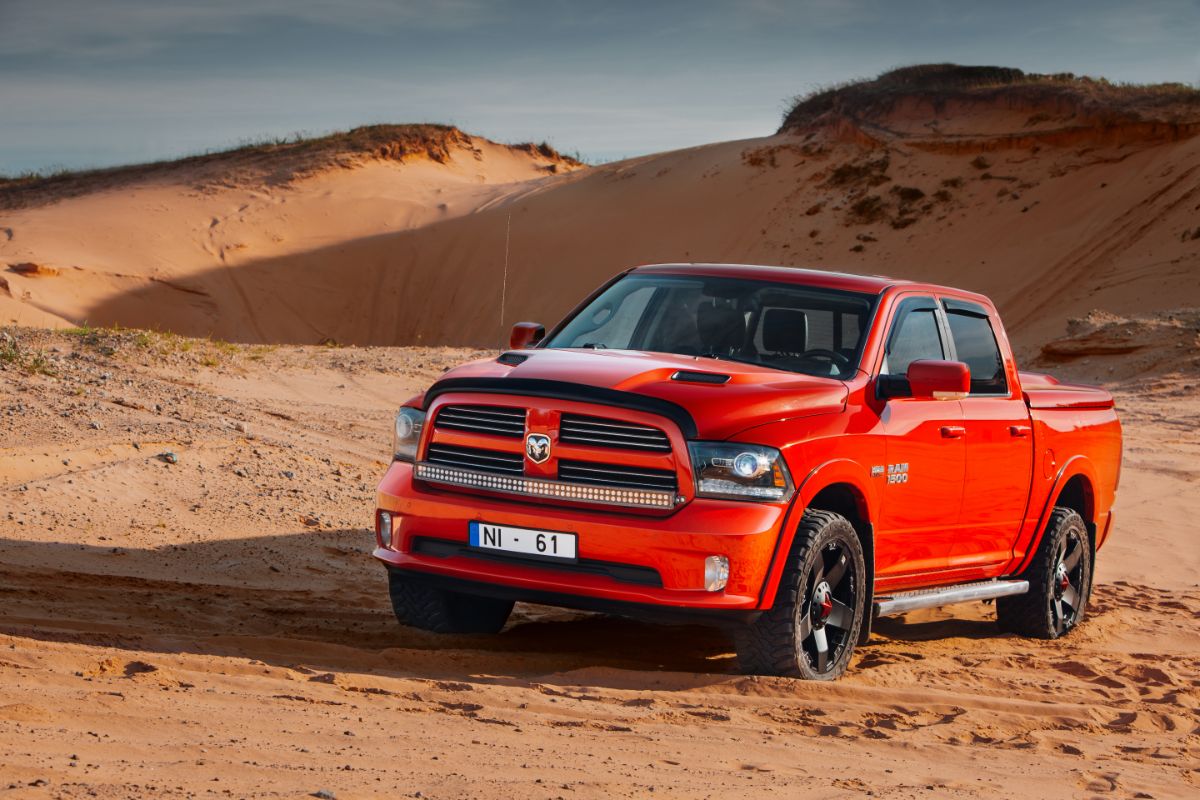 Claimed the Truck of the Year for 2022, the claim to fame of the Ram 1500 is its fit, finish and ride comfort. Of course, many of today’s pickups have niceties, like electric tailgates, hybrid power systems, and infotainment systems with screens as large as some laptops. Still, they don’t have the refinement of the Ram 1500, no matter how hard they try.

Trim levels of the Ram 1500 are the Tradesmen, Big Horn, Laramie, Rebel, Limited, Longhorn, and the Limited. They also have six special edition models and have won Motor Trends Truck of the year three years in a row.

Prices for the Ram 1500s range from $35,195 for the Tradesman model to Limiteds entry price of about $62,000. Optional power plants include the 3.0 liter V6 EcoDiesel that delivers 260 horsepower at 480-pound feet of torque, which gives the Ram the ability to tow 9,660 pounds while returning a mileage of 21 city /29 highway. 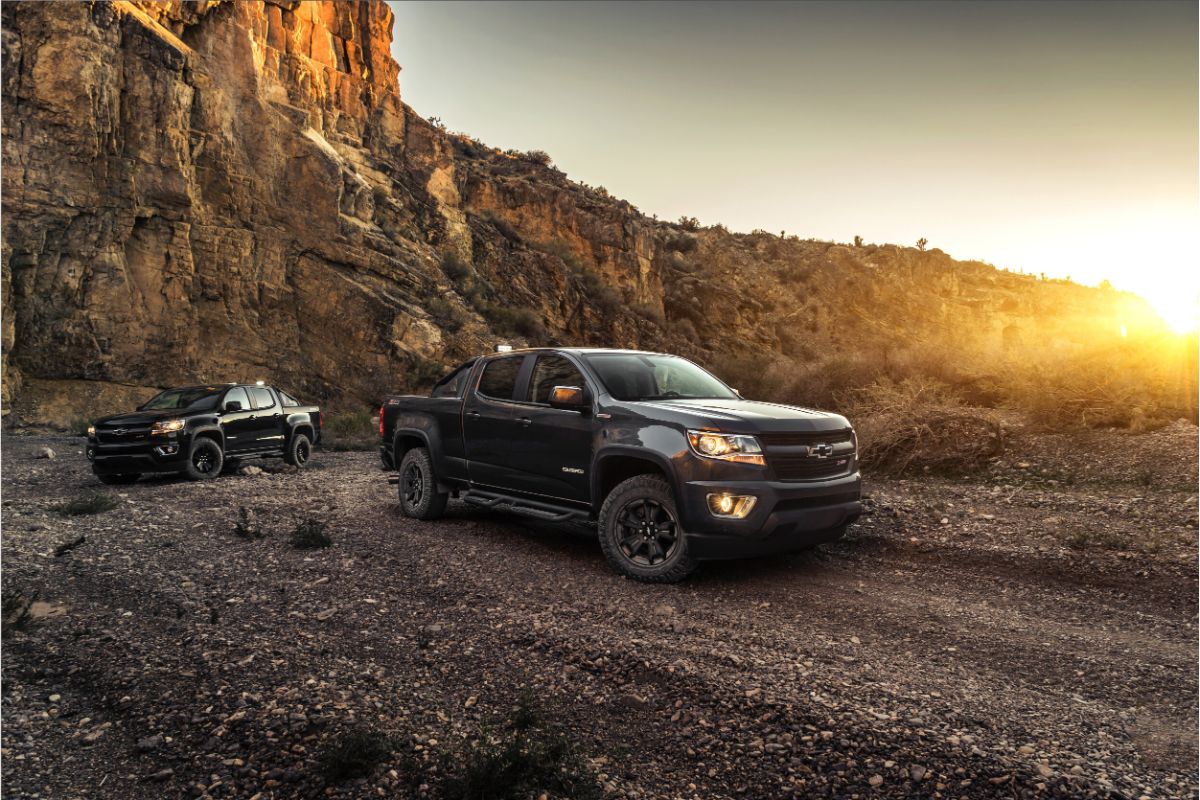 The Chevy Colorado is a midsized pickup, yet it has plenty of hauling and towing power for many jobs. Some Chevrolet, Ford, and Dodge pickups were once more diminutive than they are today. The purpose of a pickup is to have a vehicle you can haul stuff with, and Colorado fits that bill.

The third engine option is a Duramax turbo-diesel that produces 181 horsepower and 369-pound feet of torque. This combination returns a mileage of 18 city /21 highway.

The base price of Colorado is $25 500 and rises to $42,600 in ZR2 trim. Every Colorado model is a four-door, and four-wheel drive is an option on every trim level. So if you are shopping for a pickup truck, Colorado is similar to a Toyota Tundra and more affordable. 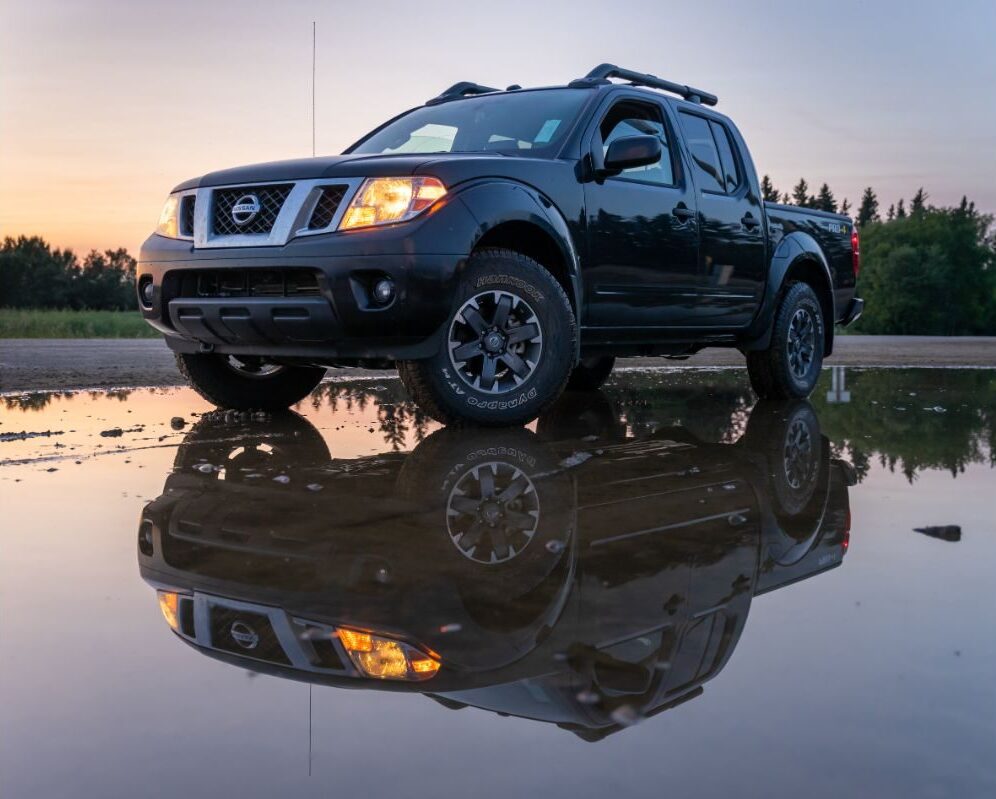 Like the Colorado and Tacoma, the Nissan Frontier is a midsize pickup with full-size capabilities when given the right power and options. However, like the Titan, it comes with only one engine option. It’s a great engine, but options are a big deal when going head to head with the competition.

Trim levels on the Nissan Frontier are The King Cab S and SV trims, Crew Cab S trim, SV SWB, LWB, Crew Cab, PRO-X Trim Crew Cab, and the PRO-4X Crew Cab. All have the same power option. However, each one has different features, and all can be ordered with a four-wheel-drive system.

Power in the Frontier comes from a 3.6-liter V6 that produces 310 horsepower and 281-pound feet of torque. This combination returns a mileage of 18 city/24 highway miles. Like Colorado, the only cab configuration has four doors.

Even though the Nissan Frontier only has one engine available, each trim level has a different suspension setup. The base price for the Nissan Frontier is $28,340, and the PRO-4X Crew Cab will cost you $37,770, which comes standard with four-wheel drive. 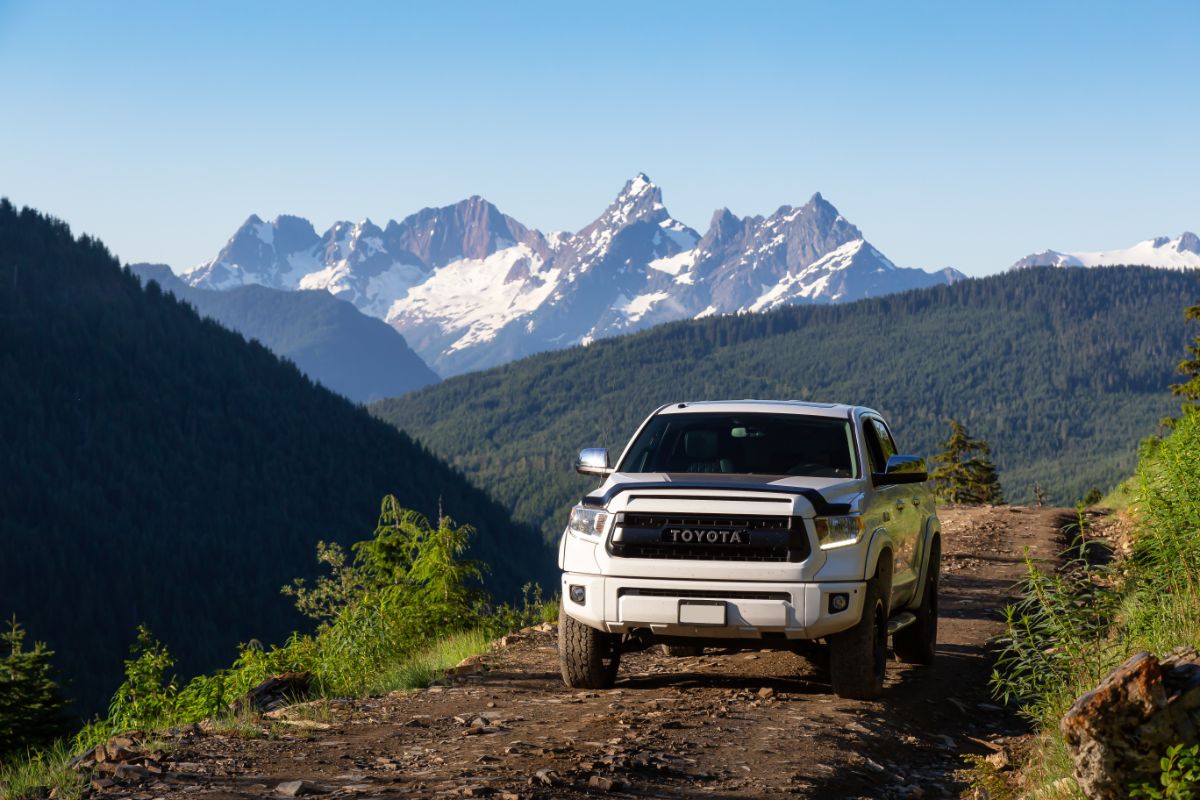 Smaller than its bigger sibling, the Tundra, the Toyota Tacoma has grown a bit as it has evolved, and what was once a tiny truck is now midsize. In addition, the Tacoma is available with an access cab or double cab, unlike any other truck here. However, the access cab has about half the space as a double cab and no true seating space for adults unless they are small.

Trim levels of the Tacoma are the SR, SR5, TRD Sport, TRD Off-Road, Limited, and TRD Pro. This mix and two engine options offer buyers many different configurations. They should be able to find one to suit their needs.

Sometimes you don’t need a huge truck to haul a ton of gear while it pulls 10,000 pounds, but you do need a truck. With an entry price of $26,700, the Toyota Tacoma is the lowest-priced pickup on this list. However, that doesn’t mean it is any less capable; it just can’t haul quite as much weight.