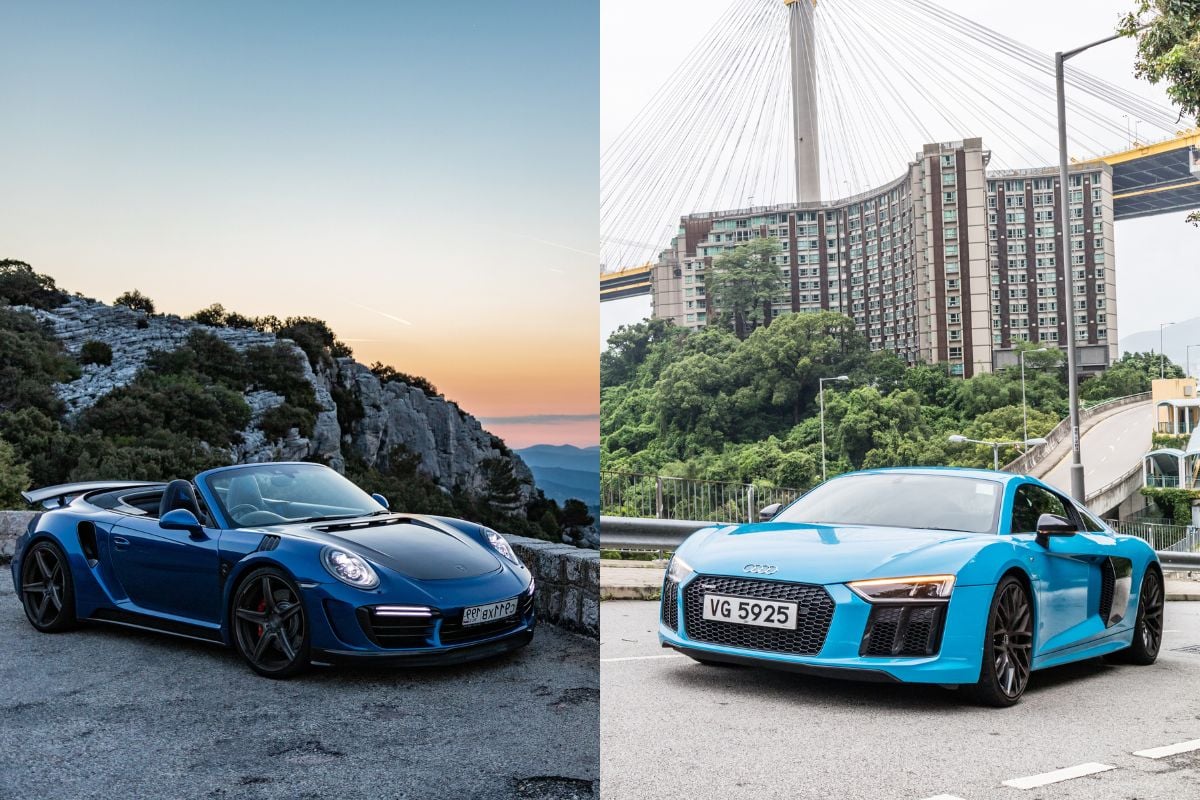 The Porsche 911 series and the Audi R8 are both at the top tier of luxury performance sports cars.

In some ways, these 2 cars are very similar and aligned. They are both 2-door sports cars with powerful engines, designed for the joy of driving, by German companies with incredible records for engineering. They are carefully constructed with the best luxury features.

In other ways, they are very different. The Porsche 911 series is a classic and designs reinforce that tradition, while the Audi R8 represents the future with innovative design and construction methods that produce competitive performance.

Which is better, and why?

In this article, we’ll look compare the Porsche 911 and the Audi R8 to look at their similarities, their differences, and how you can choose between them. 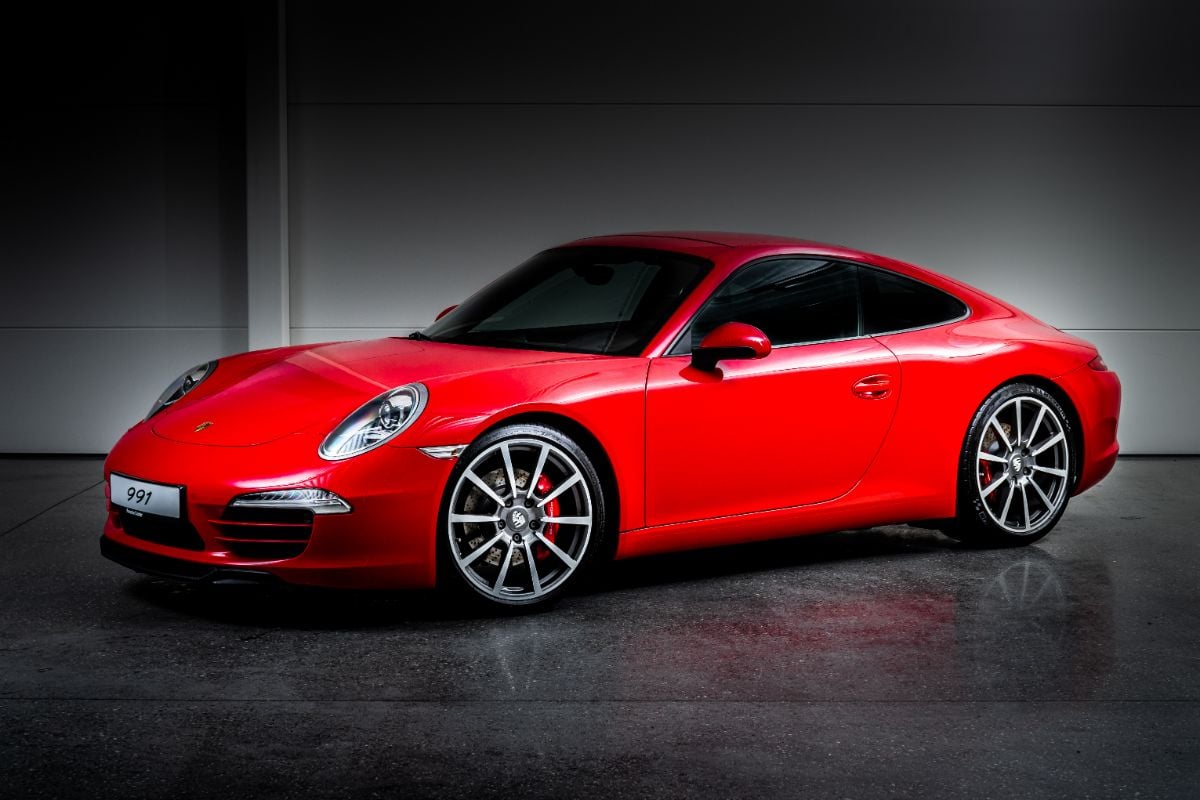 Car and Driver Magazine praised the Porsche 911 as being the “best premium sports car on the market” in 2015. It came in 5th in a poll of the car of the century. Since its inception in 1964, Porsche’s 911 series has been pushing boundaries and setting standards for style, luxury, and performance in a commercial car.

The Porsche 911 is a 2-door sports car with a rear-mounted flat-six engine and a wide body. There have been many different variants and generations in the Porsche 911 line, but the essence of the design is essentially unchanged except for a notable shift from air-cooled to water-cooled engines in 1998. The Porsche 911 series has been critically acclaimed on the racetrack as a performance racer and the street as a luxury supercar.

The Audi R8 is a mid-engine, 2-door sports car built as an aluminum monocoque with space frame principles, using Audi’s Quattro all-wheel drive system. It features a V10 engine based on the Lamborghini Gallardo and represents Audi’s entry into the top tier of performance luxury supercars.

Fun fact: The protagonist of the Iron Man movies, Tony Stark, drives an Audi R8 in all of the Marvel movies he appears in. He has upgraded over the years, driving several different models of the Audi R8, but he shows a preference for sports cars.

Features and Specifications: Breaking down the Porsche 911: 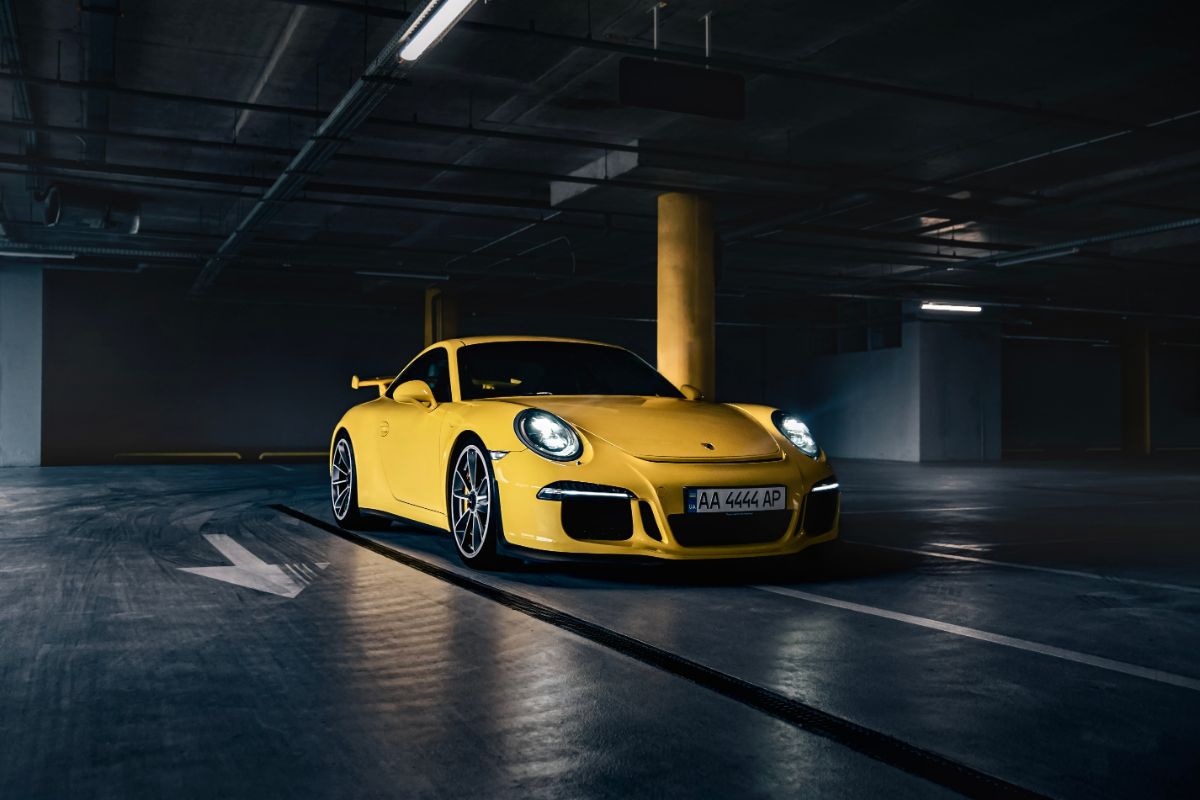 First of all, we have to narrow it down a little because there is an entire line of Porsche 911 models, ranging from a high-powered sports car to an incredibly high-performance monster that accelerates 0-60 in 2.7 seconds.

The Porsche 911 Carrera is the base-spec model, with a 385 bhp 3L twin-turbo flat-six engine. You can also find the Carrera S which has more performance, and the Carrera 4 with all-wheel drive.

The Cabriolet includes a folding cloth roof and is available as a Carrera or a Turbo.

The 911 Turbo used to refer to the 911s that were turbo-charged, but at this point, the entire Carrera range is as well. The 911 Turbo now refers to the highest-performance model in the 911 line, with the characteristic wide body, all-wheel drive, and rear-mounted engines.

Features and Specifications: Breaking down the Audi R8

The R8 is a performance supercar that includes a variety of minimalist luxury features.

Performance: How do the Porsche 911 and Audi R8 Compare? 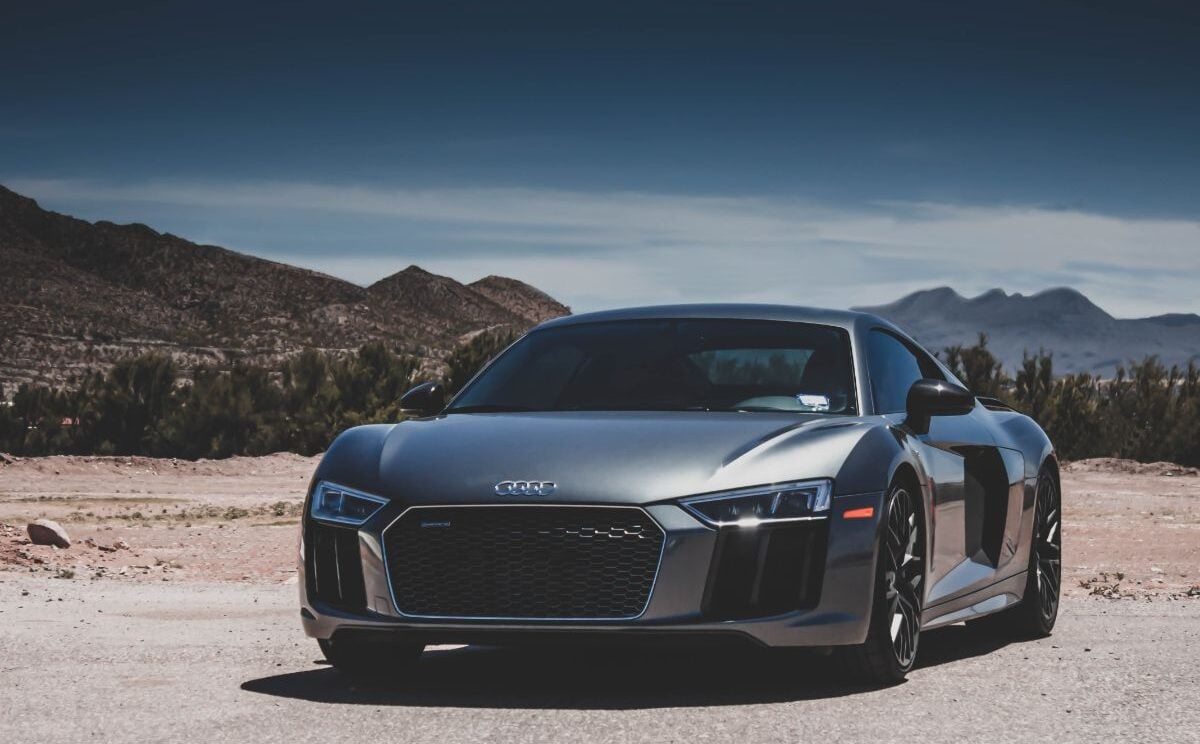 Both the Porsche 911 and the Audi R8 are high-performance vehicles that outperform nearly everything else commercially available, so dissecting and comparing their performance can feel a little bit like splitting hairs, but there are significant differences according to reviewers.

When it comes to measurable performance, the 911 Turbo outpaces the Audi R8. It has a more powerful rear-mounted engine and has extremely dialed-in performance.

According to some reviewers, this is actually what makes it less fun to drive.

Although computers show that the 911 Turbo outperforms the Audi R8, this extra power means that is harder to push the 911 to its limits and feel the car strain – to feel the speed. Throttle House described the 911 Turbo as “too muted, too easy” in their review, and commented that “it doesn’t make you want to be a better driver.”

In contrast, the Audi R8 is unquestionably a high-performance supercar, but the fact that is less powerful than the 911 paradoxically allows you to experience pushing it closer to its limits, which is the experience that you’re looking for when you buy a car like this.

This depends on the model because the Porsche 911 series is a range that encompasses cheaper models like the Carrera as well as the high-performance Turbo models, which are more on par with the Audi R8

The fairest comparisons between the Porsche 911 Turbo and the Audi R8 show that the Porsche 911 is more expensive by a slight margin, in part due to the more powerful engine. 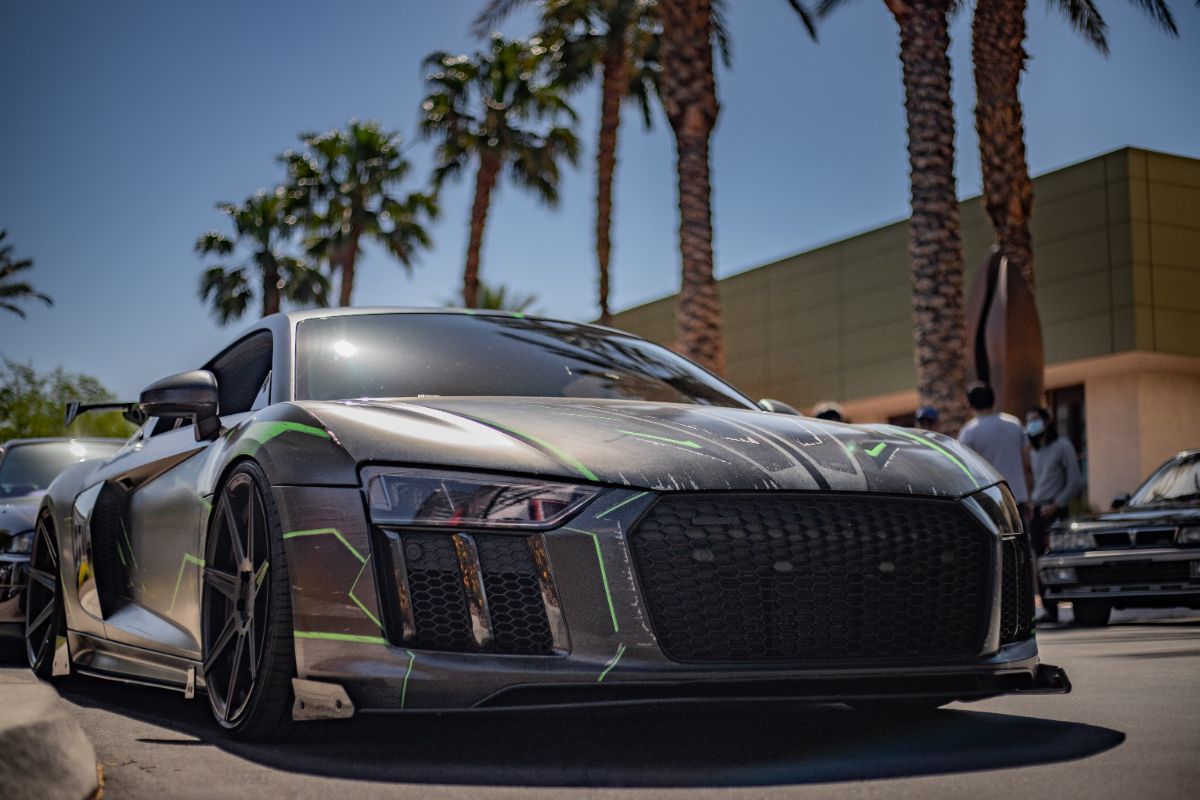 One of the perks of owning a supercar like a Porsche 911 or an Audi R8 is that it tends to impress people. Which of these cars has a greater cultural cache?

The Porsche 911 series is older and for fans of classic cars, the 911 design is immediately recognizable and beautiful. There is an established luxury and performance brand behind Porsche that is recognizable in the 911s of every era. There is no mistaking one for anything but a luxury performance supercar.

However, the designs do look dated compared to the Audi R8, which looks more like a spaceship than a classic car from the sixties. Audi uses an aluminum monocoque frame for the R8 and its aesthetic looks to the future rather than the past.

Both of these cars are impressive, but which is more so depends on who you want to impress. Classic car enthusiasts will likely opt for the Porsche, while futurists and fans of design innovation will see something special in the R8

The Benefits of Owning a Porsche 911

If you want incredibly dialed-in, precision performance, it’s hard to do any better than the Porsche 911 series.

However, the best luxury features all on display here as well. There are options for leather seatings, great digital displays, and anything else you might find in the best luxury cars.

The feel of driving a Porsche 911 is incredibly smooth, and no matter how hard you accelerate everything seems to work.

The Porsche 911 looks great and gives you feel of a classic sports car, which under the hood everything is very much up to date and pushing the envelope.

The Benefits of Owning an Audi R8 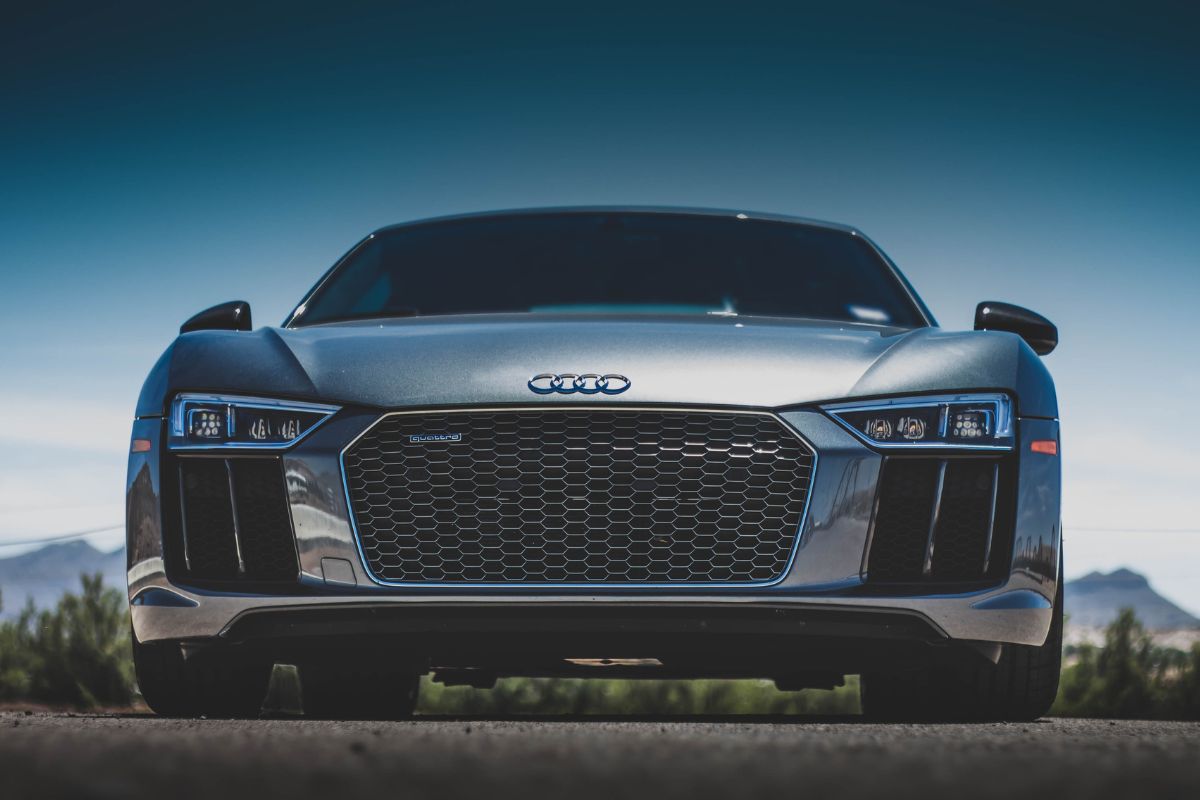 An Audi R8 is a luxury car from the future, with space-age construction, all of the luxury features you need, and more performance than you will likely ever need off the racetrack.

You buy a car like this because it’s fun to drive, and the Audi R8 has enough power to really push limits on the highway and hug the tightest turns.

The R8 also has a lot of character, in both its aesthetic and the way it drives, with a responsive feel that is comfortable while also reminding you of the power under the hood.

The luxury features, infotainment systems, and are all excellent. There isn’t a lot of cargo space, but you wouldn’t expect there to be in a 2-door sports car like this, right? 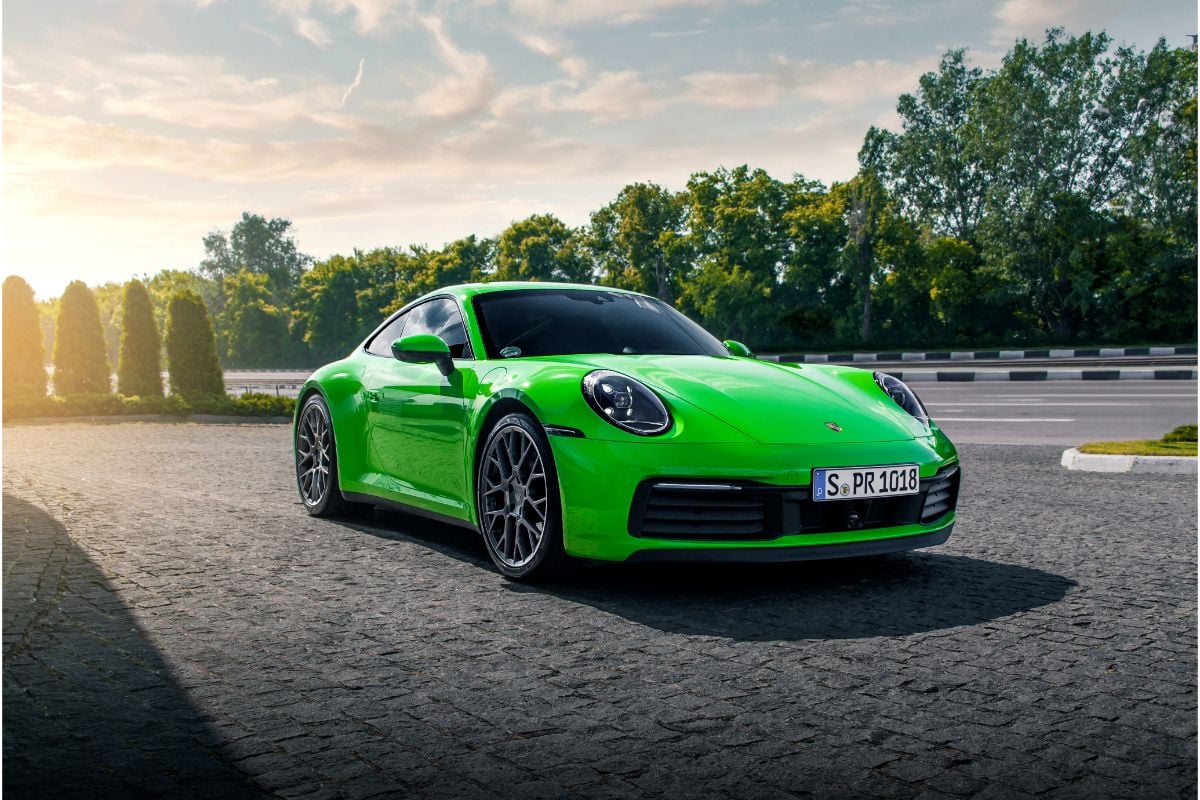 It’s hard to choose between two of the best luxury supercars on the market, especially when both wildly exceed most people’s expectations when it comes to driving performance and luxury features.

Both cars represent the top tier, on par with the best sports cars in the world.

However, we can still do a fair comparison and look at how they differ, and why you might prefer one over the other.

First of all, both cars suffer from the same problems many sports cars due, which is simply a result of their design. They don’t get good gas mileage at all, and they don’t have much cargo space. This is unavoidable since they have powerful engines are optimized for the joy of driving rather than transporting people and cargo from point A to point B.

Aesthetically, the Porsche 911 looks more like sports cars of the past than the future. That’s a good thing for a lot of people who appreciate classic cars, and who want to embrace that timeless look.

The Audi R8 looks like it’s from a sci-fi movie (it is literally driven by Tony Stark in the Iron Man movies) and it represents a more forward-looking design. If that’s your aesthetic, the R8 might be for you.

When it comes to performance, both cars outpace nearly everything else on the road, and you’ll have a hard time finding situations in which you can push either of these cars to their limits.

The Porsche 911 series is very precise and lacks personality or character compared to the Audi R8. If you are obsessed with precision performance, the 911 is technically better. However, many drivers prefer the feel of the R8, which better conveys the speed and feel the road.

The Porsche 911 series tends to be more expensive the Audi R8, but your concept of value will likely be tied to which of these cars you find more interesting and aesthetically aligned with. When it comes to performance and luxury, they’re both maxed out.