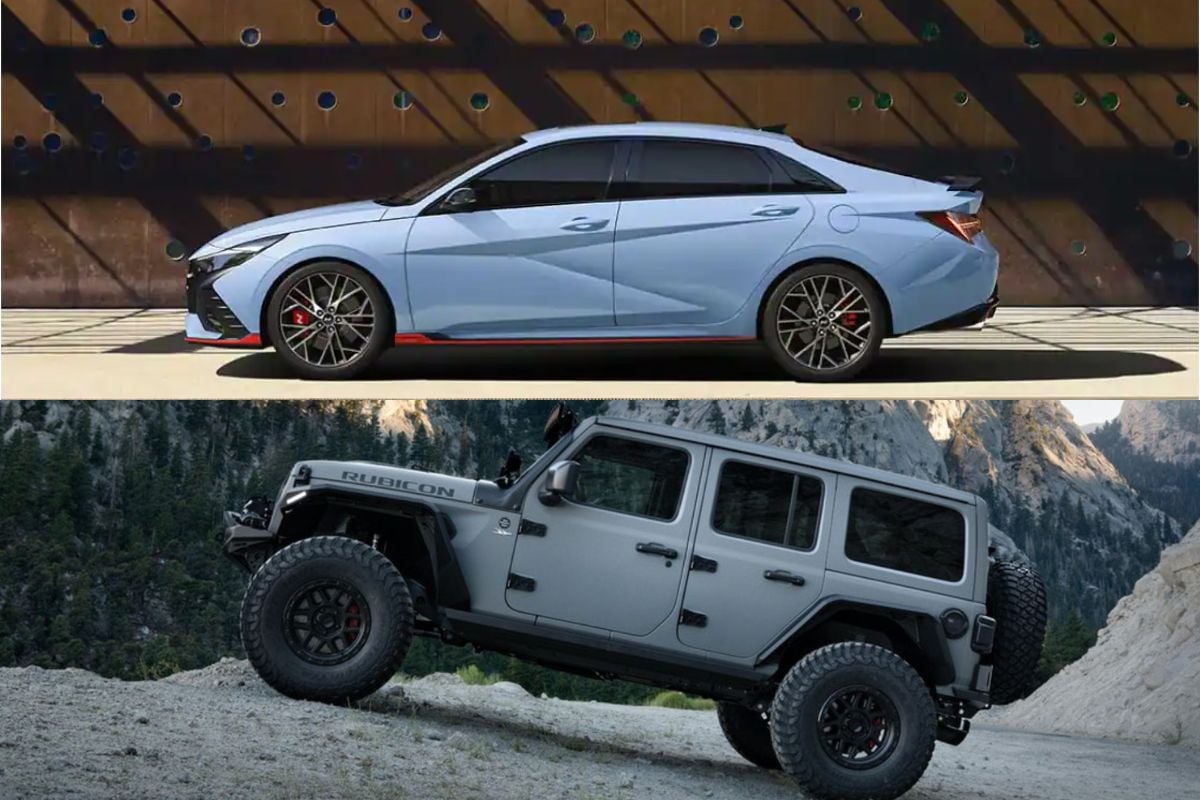 For many, a discussion comparing the sedan vs. Jeep has little wiggle room. These are two very different vehicles, although they also offer many similarities to drivers and passengers alike.

There is nothing like a ride in the Jeep, with the windows down and the sunroof or top open for the open roads. Sedans are beautiful vehicles and perform just as well in safety ratings and reliability while offering a little bit more when it comes to fuel economy.

When deciding between purchasing a Jeep or a sedan, the cost may play a role, but you’ll find the price differences are often negligible if any. Comfort, off-roading, and passenger load may also make a difference to you. Popularity might too.

SUVs are winning the game here, with Jeeps being sold at a record rate of approximately 69,000 models sold in America every month. Sedans, by comparison, are falling in market share, losing to the SUV game, holding 31 percent of the market that SUVs overall, including Jeeps, have.

What is a sedan?

A sedan is a vehicle that can be considered an old standby in America and the world. The term comes from the word “sedia” which described an enclosed chair that was carried by humans to transport one human during the 1600s. Today, a sedan is a motorized vehicle with a three-box construction style that includes an engine, the driver and passenger cabin, and the trunk.

The typical sedan is a four-door vehicle with a four-cylinder motor and a separate cargo compartment known as the trunk. Most sedans come with a horizontal trunk lift, and the passenger seating is also usually a five-seater cabin. Most sedans are larger than cars in the economy or compact car classes, and so the three seats in the back can often fit three adults comfortably.

Many sedans today also offer foldout seats in the second row to provide for more cargo space for large items or for a larger number of things. When the seats are upright, the cargo space is not accessible to the rest of the cabin, unlike in cars like a Jeep or hatchbacks.

Related: What is the Profit Margin on Sedan Cars?

What is a Jeep? 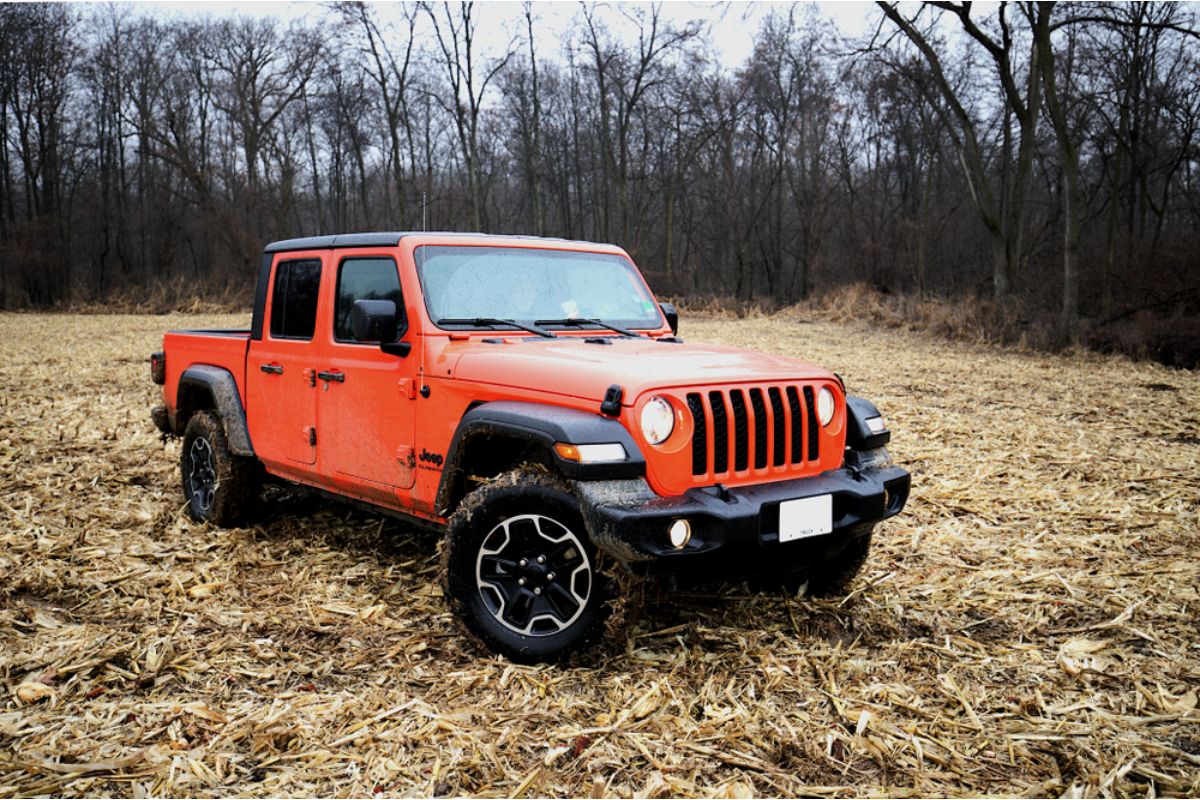 A Jeep is a model of car that has been in America since the 1940s and is one of the most popular vehicles to own in America today, if not the most popular. It has a very distinct style and construction and has almost stayed true to its form since its earliest days. Today’s Jeep Wrangler is like America’s original Jeep, a vehicle first used in the military.

The Jeep is a car that does not have the typical three-box design of a sedan, although it has a distinct front, middle, and end. However, the back of the Jeep is married with the middle section of the Jeep, with the back accessible to the interior of the cabin and its passengers. For decades, the Jeep looked like the Jeep Wrangler and was an iconic car with a seemingly single box-like construction.

This is to accommodate the competition that began to enter the marketplace when automakers saw the need for more SUVs in the market. Today, the Jeep is considered to be in the SUV class and brings the performance and features of a traditional SUV to the table.

Features of Jeeps and Sedans

Engines, styling, trim, and door count all play a role in the features of both of these vehicles. You’re also going to be looking for fuel economy, cargo space, overall interior space, and maybe even interior tech.

These two vehicles do not function similarly at all. One is an SUV now, and the other is a smaller vehicle with a smaller engine and is on a different playing field when it comes to performance. Still, there are features with both of these vehicles that are worth talking about.

Design Features of a Sedan 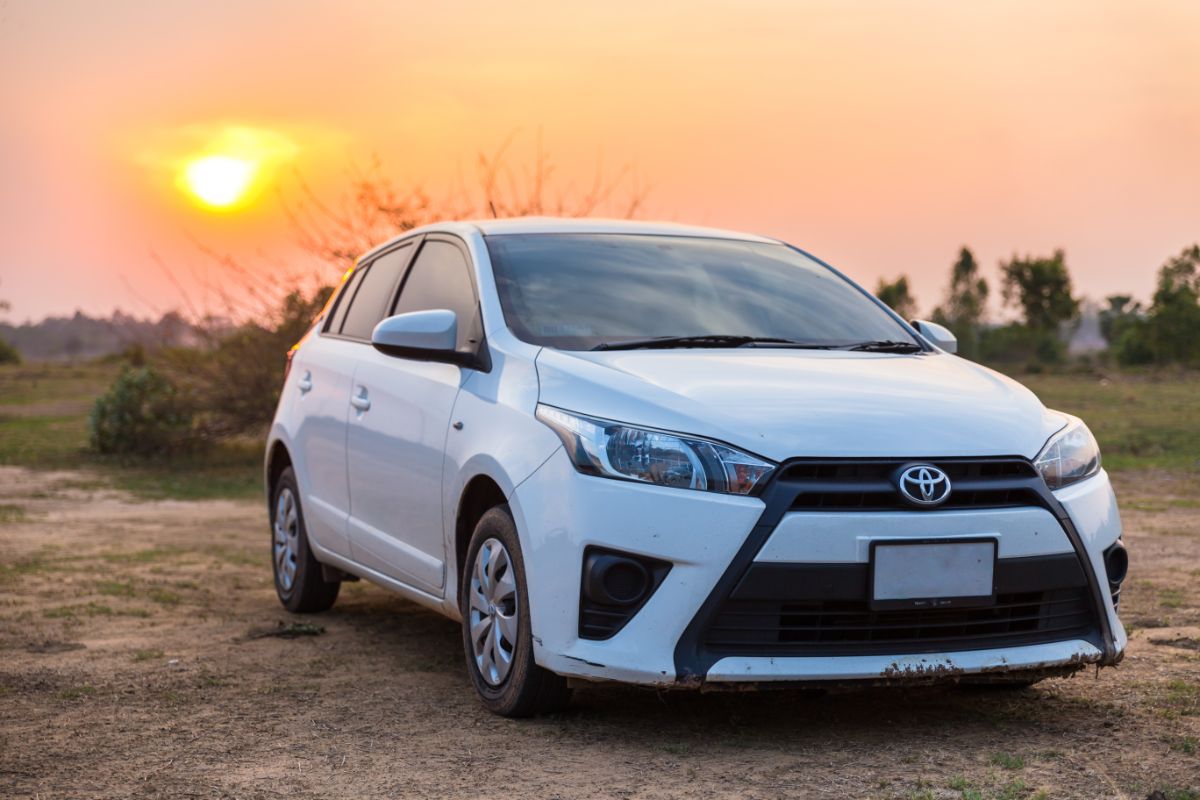 The design features of a sedan are seen in a simple three-box style construction. These cars typically have a four-door look and a trunk that can be either hatchback or lift in horizontal construction.

Many find that the construction of sedans, from their engine placement to their body results in higher performance when it comes to safety ratings and reliability when compared to other vehicles, and they would be right.

Most of the time, sedans are four-cylinder models, and this is where you will find the best price points as well. There are five and six-cylinder engine options on some models, and in some cases, even eight-cylinders.

Today’s automakers want to sell the sedan as well and are bringing out the options to test the market whenever possible. The sedan is even available in diesel in some models if you are really needing performance in your old standby vehicle.

Still, the sedan is better in fuel economy than SUVs and hatchbacks because of their shape. This design feature makes them still very popular, despite the fact that they trail behind the SUV in the market share.

Design Features of a Jeep

Most people get a clear visual in their minds when they consider a Jeep, but today’s Jeep line contains so many different looks. A key design feature of traditional-looking Jeeps like the Wrangler is the open top. Taking the top down from the Jeep is one of the reasons people like to buy this car.

Additionally, the traditional Jeep includes a front-slotted grille and has almost since its inception. It makes for a striking first impression when you look at the Jeep from a front-facing perspective. Wheel arches that are trapezoidal shapes are common with the Jeep, and they are constructed that way to accommodate large wheels and rims.

Automated features are standard in the newer models of many Jeeps and include a smart lift feature that makes opening the trunk hands-free. Most Jeeps today also come equipped with LED headlamps that blend seamlessly with the exterior styling. Some models in the Jeep line, like the Compass, also have a seamless DLO or daylight opening that refers to a glass area between the pillars. 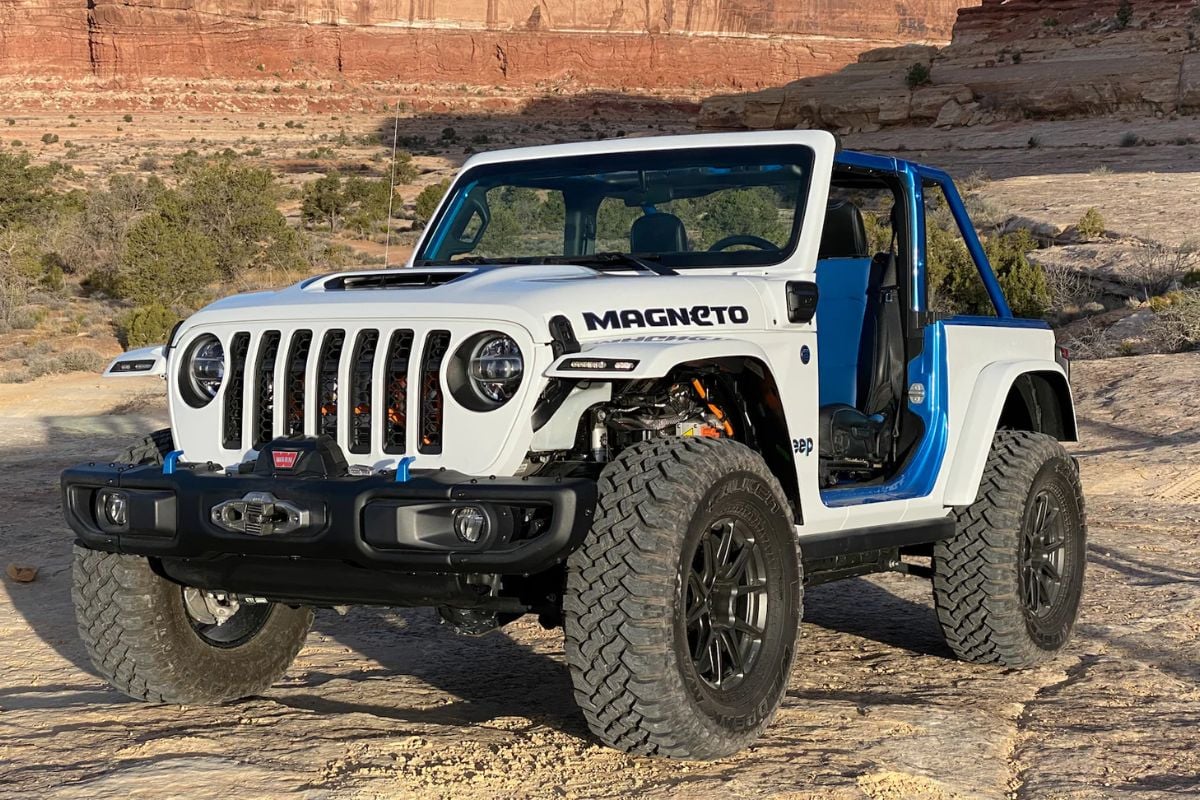 The model and model year and the options you put on the vehicle will make all of the difference. Cost differences such as fuel economy and overall maintenance are also factored into the vehicle’s costs when you are purchasing a new car.

The Hyundai Accent is one of America’s favorite sedans and is comparable to others in its class when it comes to prices and value. This is an average-sized car with an average price and average performance features. The four-cylinder engine provides for 120 horsepower (hp) and excellent fuel economy of 27 mpg to 35 mpg.

A fully loaded Limited rings in at the register for $21,000 and includes heated seating, an infotainment center compatible with Apple Car Play and Android Auto, and a push-button starter.

The latest model of the Jeep Wrangler, by comparison, is going to be higher by approximately $10 thousand and will not be the fully loaded option. Here you are looking at a starting price of $29,725 for a V6 engine with 285 hp and a fuel economy of around 25 mpg.

There are many benefits to each kind of vehicle, with both types of cars being very popular with car buyers. For sedans, the key benefits are about comfort and affordability, while Jeep lovers love their Jeeps or just need the performance of an SUV.

Sedans offer convenience for drivers that are looking for something that is comfortable and offers better fuel economy over other cars. Sedans also offer an enclosed cargo space, which to some drivers, is important. Mileage for the sedan is usually over 30 mpg, while mileage for the Jeep can be up to 25 mpg.

When it comes to the Jeep, the benefits are in its SUV styling and its off-roading capabilities. Many Jeep lovers would say there is no ride like a Jeep. Whether you can take the top down or not, a ride on the open roads with windows open in a Jeep is a surreal and exciting experience, every time.

The Jeep is more expensive, but many of its drivers will tell you that it is worth it. Sedan lovers however, will say the comfort and safety features hold their own enough to keep it in their driveways for as long as possible.

Brief History of Sedans and Jeeps 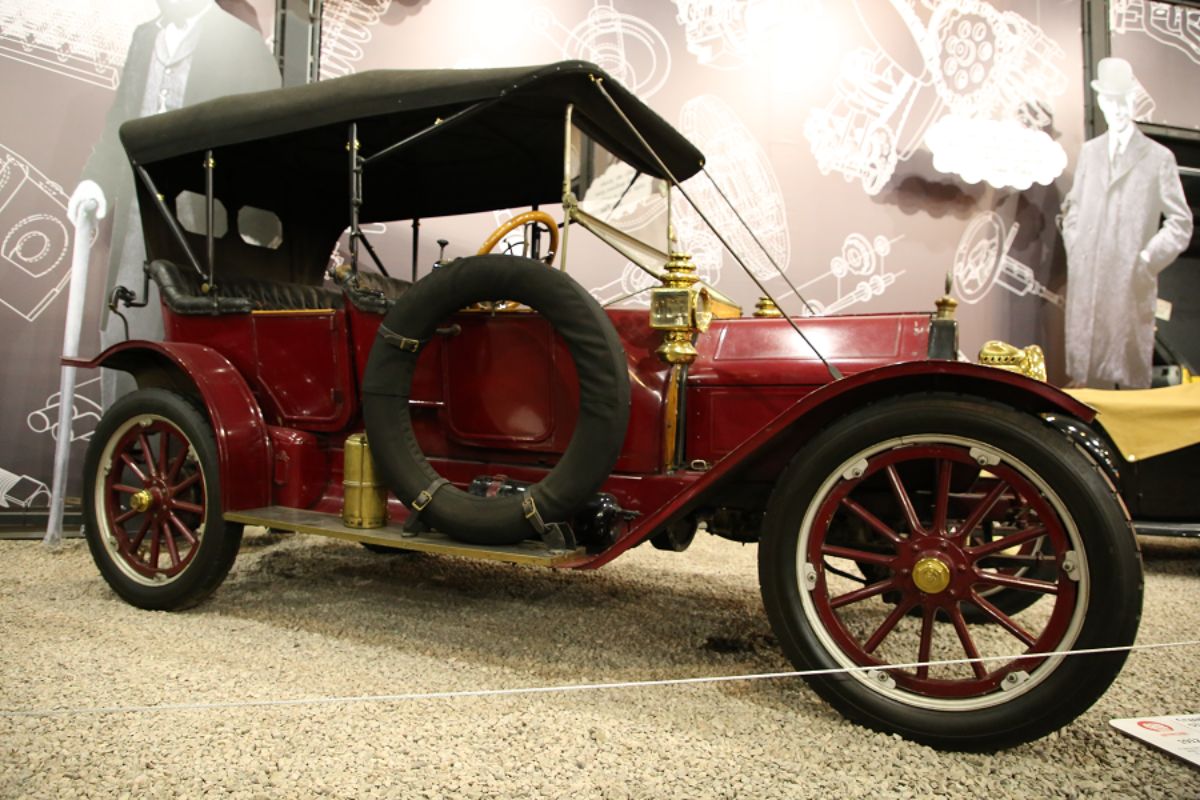 The true history of sedans goes back to the 1600s when people were transported on chairs that were enclosed. Human porters would pick up the chairs and move the person from place A to place B, in “vehicles” that were called sedias. Flashing forward to the nineteenth and twentieth centuries, the first motorized sedans came into existence.

Other: Technological Innovations in Sedan vs. Jeep

Today, technological innovations are taking precedence when it comes to many, but not all, buyer’s selections. There is technology available in both the sedan and the Jeep. In most cases, the Jeep is going to prevail here. This is a military-grade vehicle that is equipped with technology that isn’t quite military grade but better than the average car, like the sedan.

The Jeep comes equipped with a standard 8.4-inch touchscreen with Android Auto and Apple CarPlay compatibility that can be upgraded to larger displays and more technology if you want to. Also standard are a WiFi hotspot and Sirius Satellite radio.

For most sedans, you aren’t getting that with the base model. You can still get all of that tech, and more in some cases, but you won’t be getting full satellite radio and WiFi hot spot connections with your starting price.

I’m not an off-roader but I have loved a Jeep or two in my day, and it will always be a Jeep for me when having to choose between that or a sedan. You can’t get away from the roomy freedom that a Jeep offers, even over a large sedan. Test drive one of each today and see the difference for yourself.