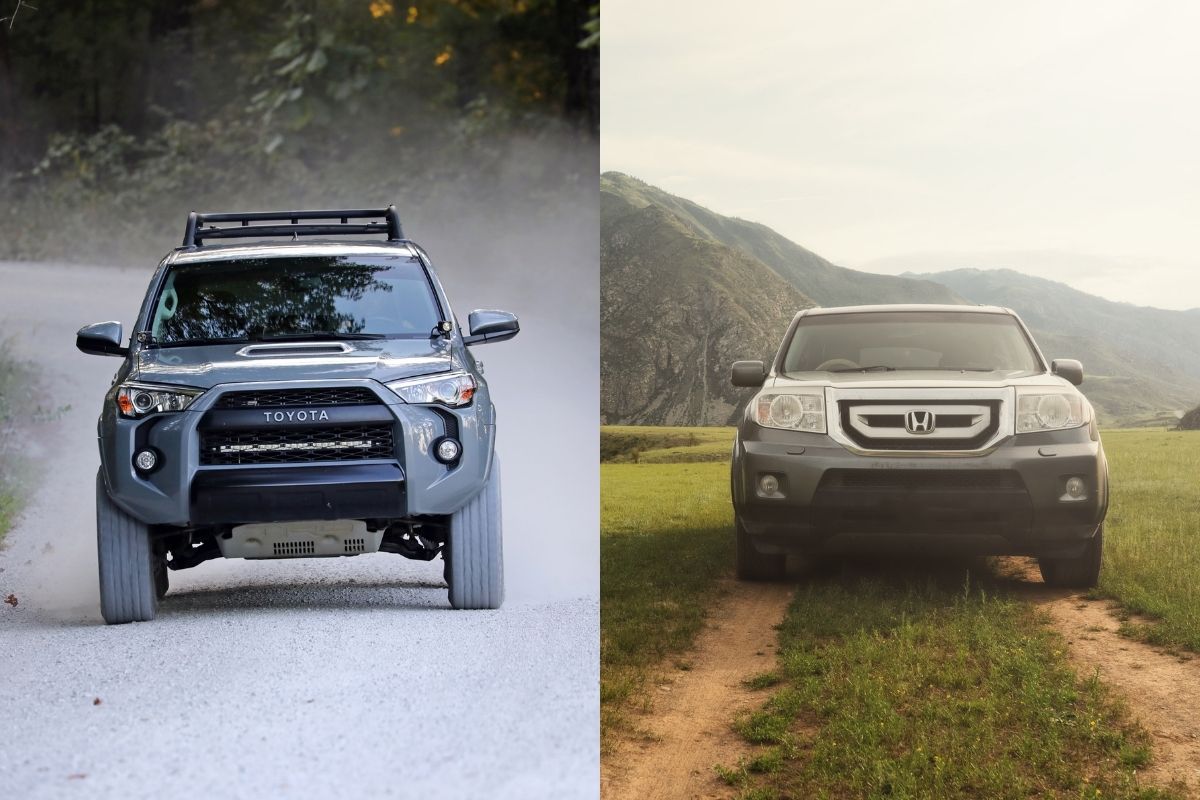 Comparing the Toyota 4Runner and the Honda Pilot is like comparing Arnold Schwarzenegger and Sylvester Stallone. Both are getting older but still pretty good at their jobs. Tough, durable, well put-together, and still full of firepower.

So, is one better than the other? Please read further for our opinion and see who still rules the roost.

Who is the Toyota 4Runner?

Like Stallone, the Toyota 4Runner is the elder statesman in this group of mid-size SUVs. The 4Runner still has the same boxy yet rugged look as the original vehicle introduced in 1984. Originally introduced as a variation on the Toyota Hilux pickup, the 4Runner was a rugged and dependable all-terrain vehicle.

The current 5th generation 4Runner has continued the tradition of being a rugged, off-road vehicle that can tackle some of the most challenging trails. The strongest calling card for the 4Runner is its off-road capability, yet having excellent road manners with a smooth ride and plenty of driver assistance.

Who is the Honda Pilot? 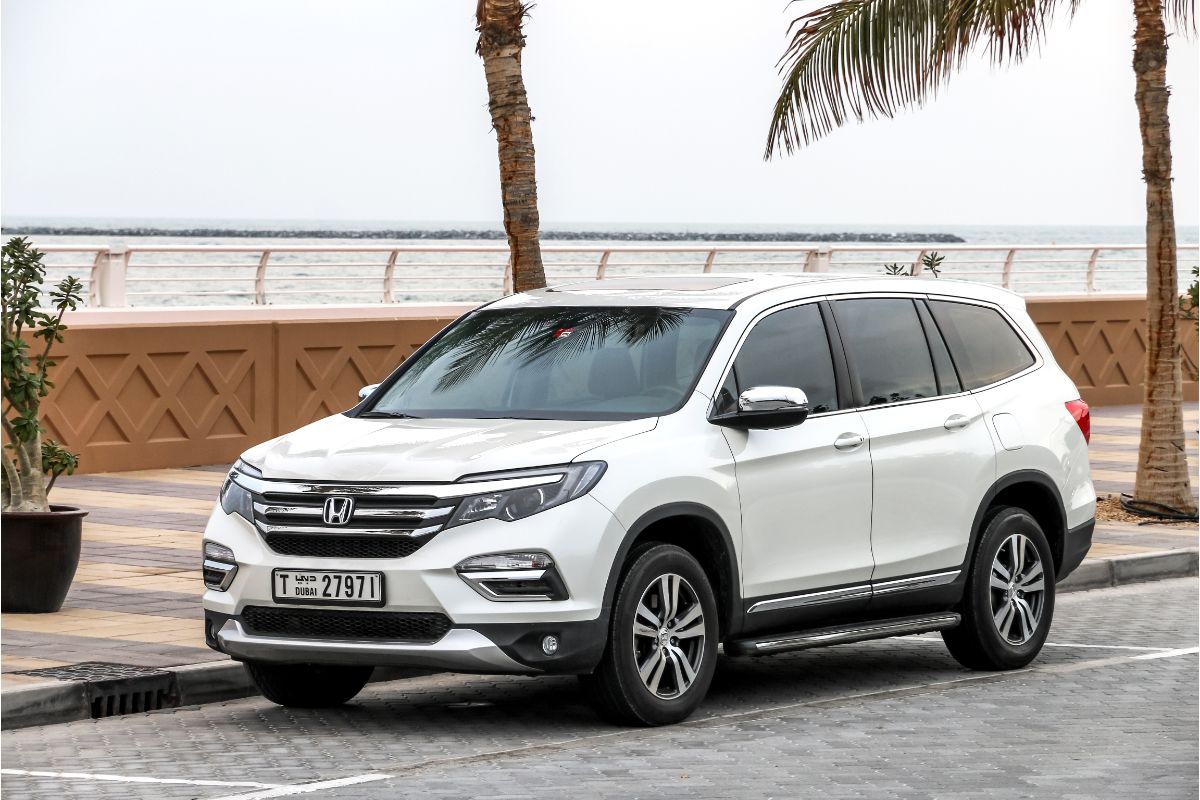 The new kids on the block, Schwarzenegger and the Honda Pilot are capable players with a dedicated following. Introduced in 2002 as an alternative to the Honda Odyssey minivan, with which it shares the same platform and powertrain. However, instead of sliding doors like the minivan, the Pilot has solid off-road abilities, a higher driving position, and a robust towing ability.

What the Pilot lacks in outward appearance is made up for in the interior. A comfortable, functional, and spacious cabin create an excellent road cruising experience. But like Schwarzenegger, it can prove to be tough when required for the job.

How do they compare?

Both SUVs are capable players in their given market segment for mid-size SUVs. However, they both have different capabilities and features that separate them. So let’s look at how they compare and determine if the Toyota 4Runner (Stallone) or the Honda Pilot ( Schwarzenegger) wins.

To get a clearer understanding of the difference, we first need to examine the strengths of each vehicle for comparison.

The 4Runner utilizes a rugged ladder frame powered by a stout 270 HP 4.0-liter V-6. Although the 4Runner is not precisely quick, it has comfortable off-road handling and 0-60 in 7.7 seconds. But where it shines is traversing off-road trails with excellent ground clearance, sturdy, rough terrain frame, and a dependable torque-rich powertrain. 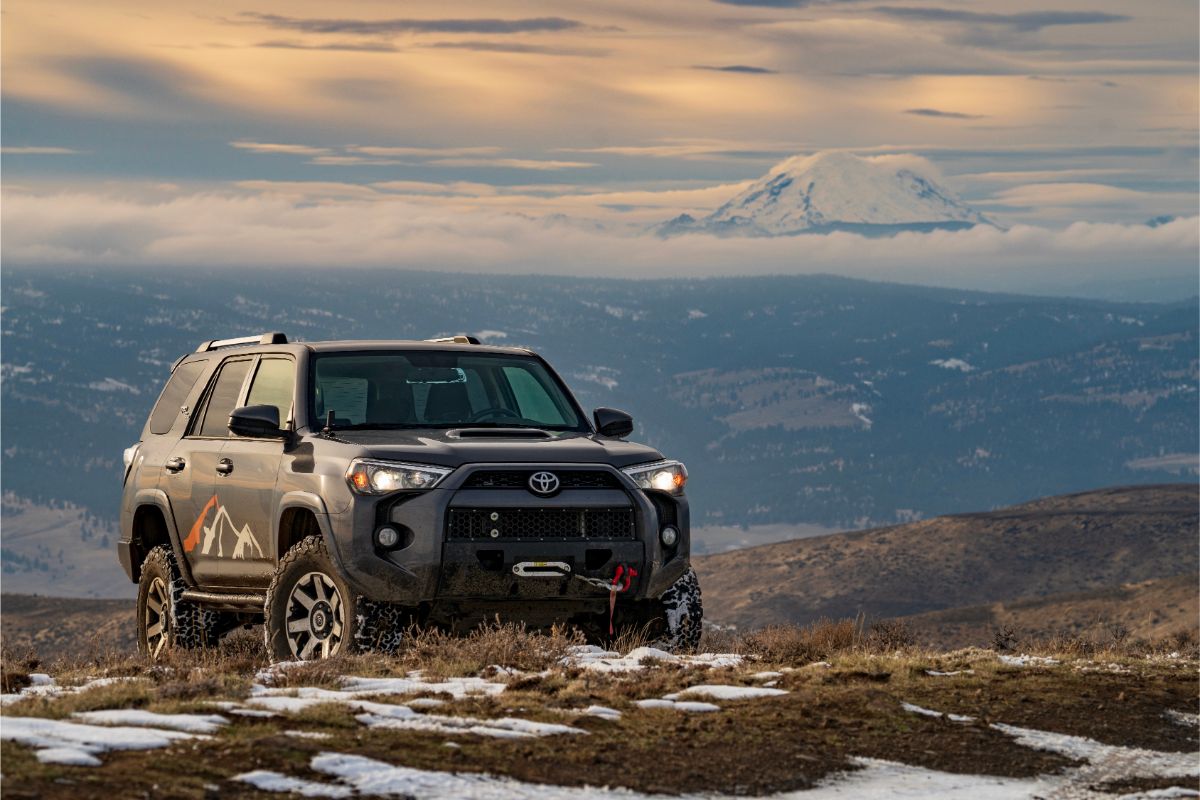 One of the reasons many enthusiasts love the 4Runner is also why some criticize the aged design – consistency, and reliability. From its beginning in 1984, the 4Runner has been and still is a competent, rugged all-terrain SUV. The durability of the Toyota 4Runner positions the vehicle in the Top 10 for five-year and seven-year SUV resale rankings.

The ladder frame platform is old-style yet still ruggedly perfect for traversing rough, off-road trails. The 4Runner purchased a decade ago can still be a reliable and rugged SUV for traveling on rough mountain trails or across isolated desert roads. In recognition of the 4Runners’ durability and reliability, Consumer Reports has awarded it a 5/5 rating for reliability. 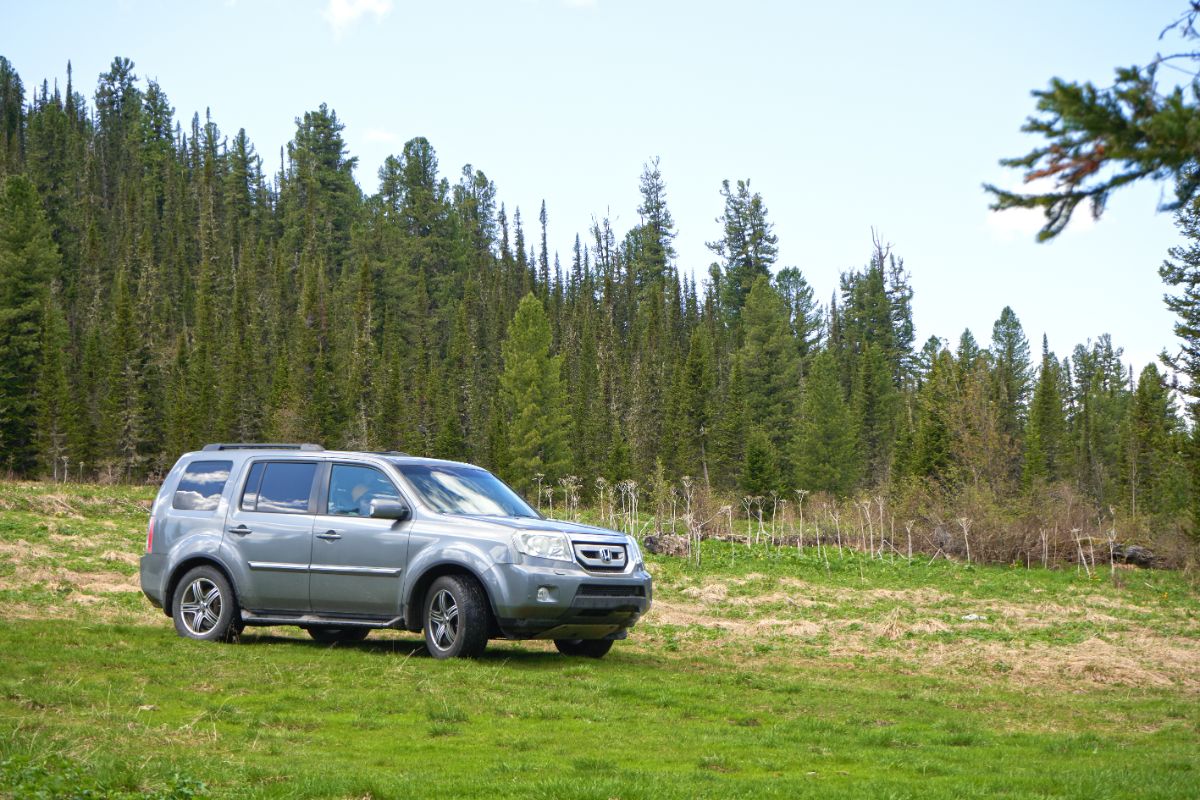 The V-6 SOHC 24-valve engine produces a robust 280 HP with a sporty exhaust and plenty of power. Although the full-size Pilot is rather heavy, it has strong, even sporty, driving characteristics. The unibody construction with independent suspension provides a comfortable road feel and propels the SUV from 0-60 in 6.2 seconds.

The Honda Pilot has been awarded the coveted Five-Star safety rating for NHTSA crash tests. The Five-Star rating is the highest awarded and, in part, is due to the advanced technology of the Honda Sensing safety suite, which is a standard safety technology on all Pilot models. In addition, the Toyota 4Runner has a Four Star NHTSA safety rating as a reference point. 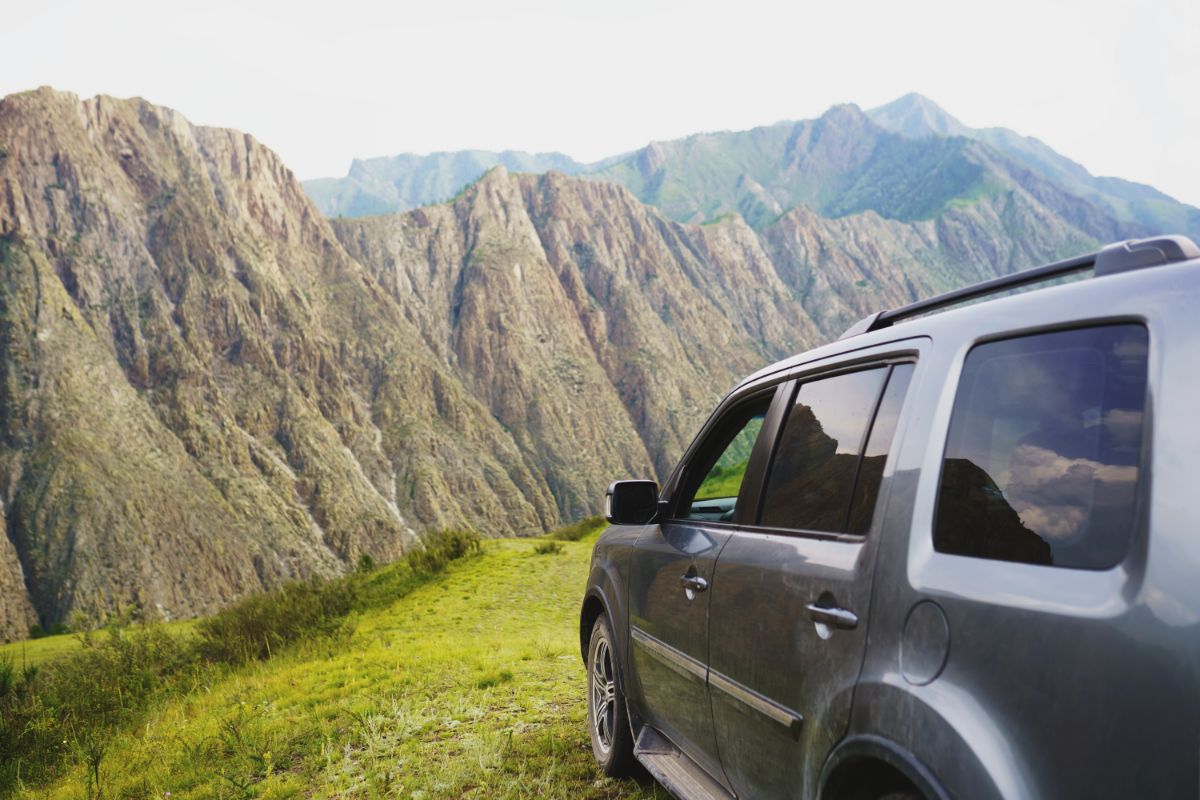 History of the Toyota 4Runner and Honda Pilot 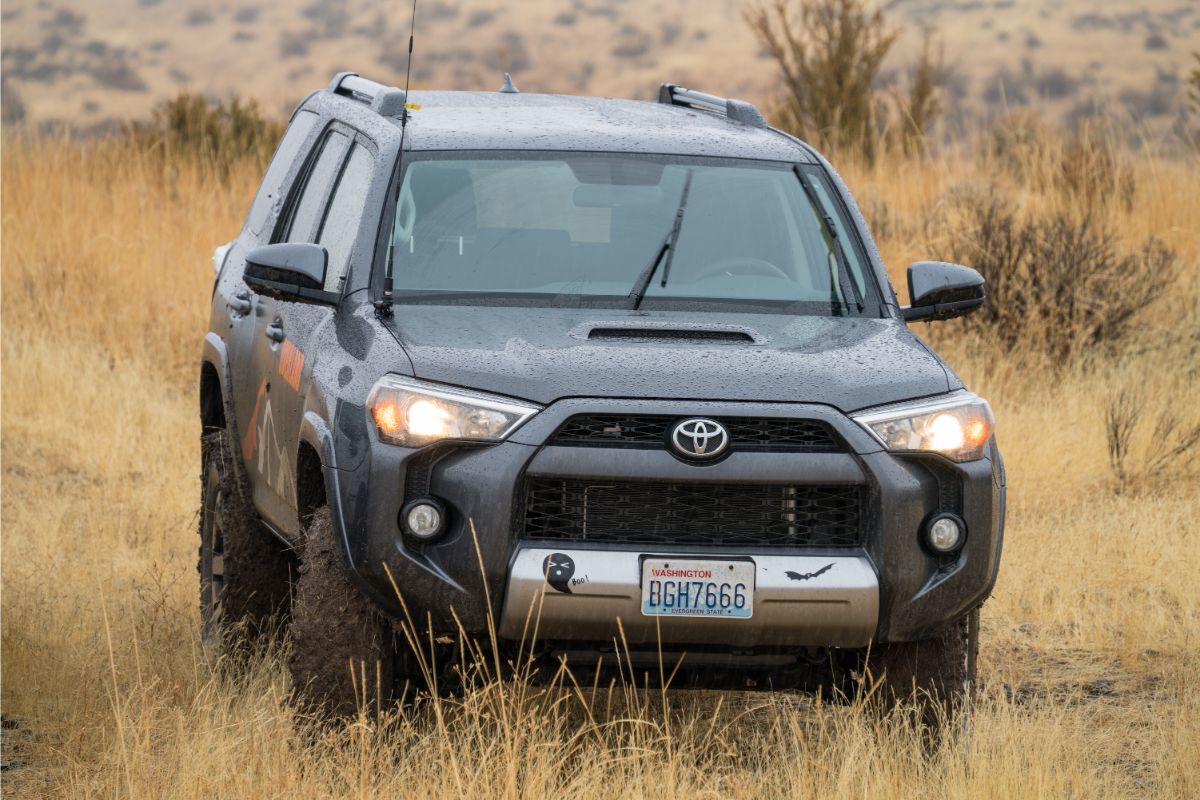 It was introduced in 1984 as a modified Toyota Hilux pickup as a capable off-road SUV with truck-like performance. The converted pickup truck became an SUV with a semi-convertible wagon with a removable fiberglass shell over the rear section. In addition, Toyota boasted of the first generation 4Runner having the highest ground clearance of any small SUV with a removable top.

The chronological evolution of the Toyota 4Runner: 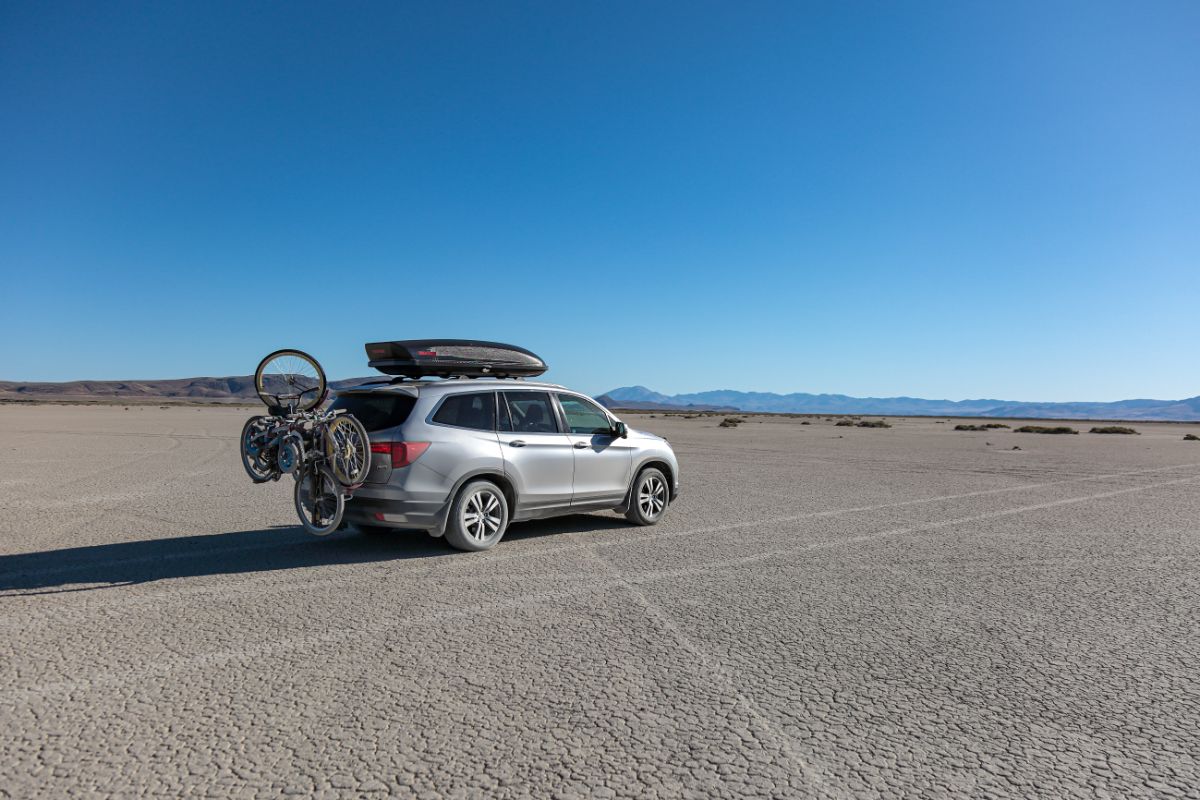 Introduced in 2002, the Honda Pilot shares the same platform as the Acura MDX, and both vehicles’ lineage can be traced back to the Honda Odyssey minivan. However, the unibody construction design used by the Pilot is more substantial by using more robust perimeter frame rails intended to provide additional strength for light off-road use.

Honda targeted the Pilot development to satisfy American tastes for larger SUVs with more room and a greater towing capacity. Available with three-row seating and a more powerful engine with a sporty growl, the Pilot became a hit for Honda. The second-generation Pilot was introduced in 2009, and the current third-generation Pilot was introduced in 2016.

I consider both SUVs to be very capable and excellent choices. But for me, if I find myself in rugged mountainous terrain in the middle of nowhere, give me a Stallone, the Toyota 4Runner.

Nothing against Swartzenneger, the Honda Pilot, but when traversing rain-worn logging roads, I prefer to trust my luck to the most rugged, off-road SUV, the Toyota 4Runner.

Rocky wins over the Terminator!