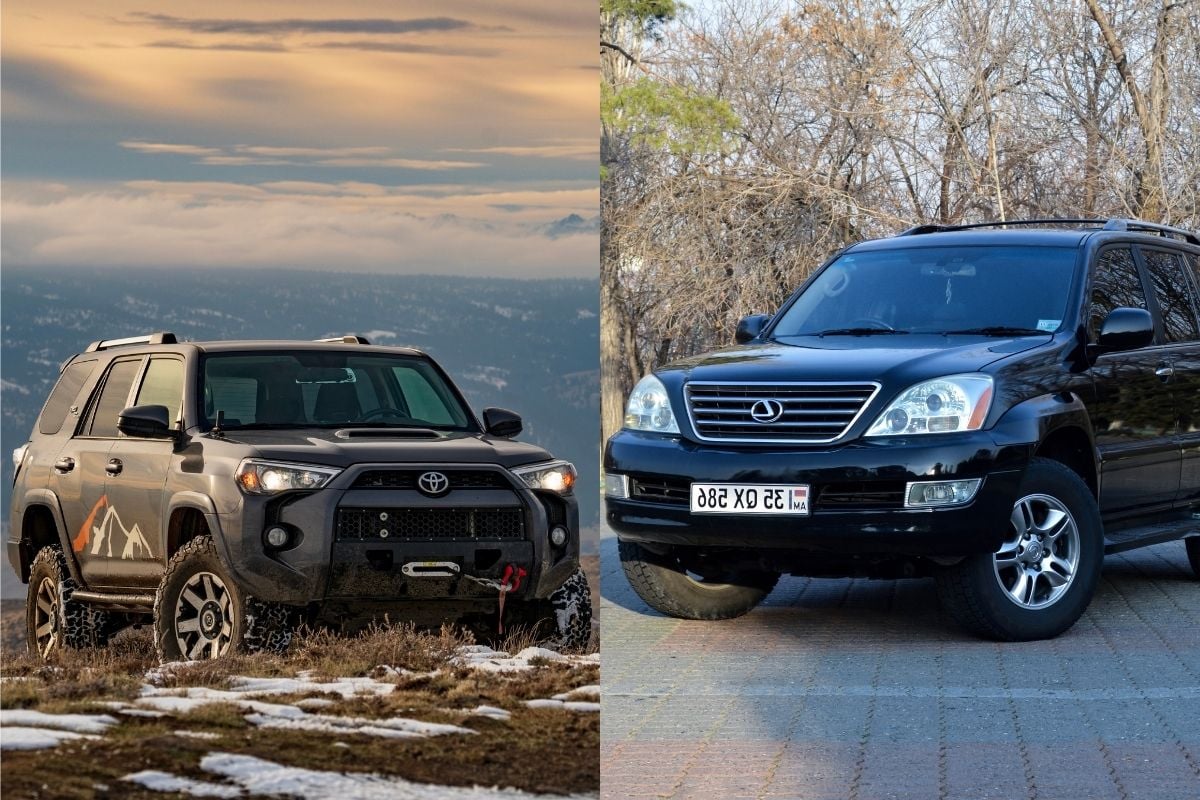 There have been many times when I have been looking for a new car but could not decide between two of them. It may be hard to believe, but it has happened more than once for me. I found the best way to handle this is to understand the similarities and differences between the two cars I am considering.

What is Toyota 4Runner?

The Toyota 4Runner is the fifth generation of this model. It is one of the oldest vehicles on the market today. The first model made its appearance in 1983. This generation of 4Runner has the same 4.0L V6 engine with a five-speed automatic transmission.

The base models are two-wheel drive, but most of the vehicles are 4×4. This version of the 4Runner does not offer a V8.

What is Lexus GX? 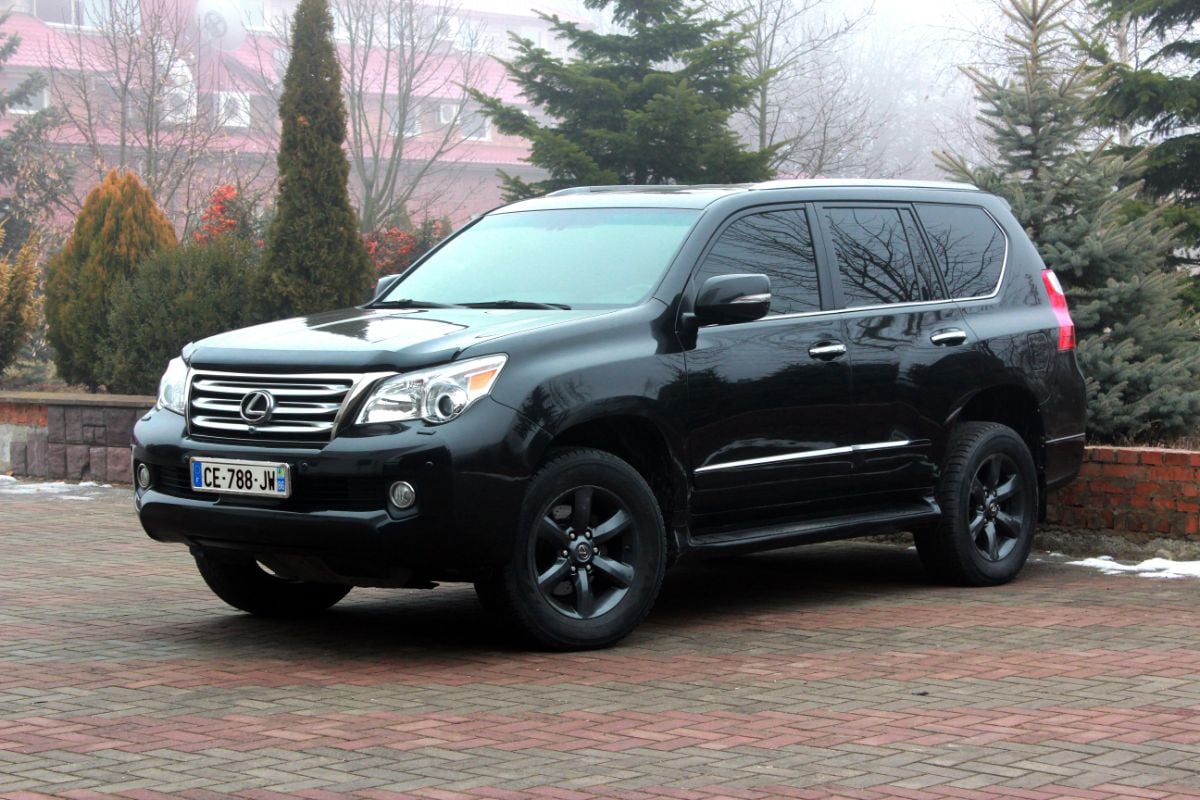 The Lexus GX is a luxury mid-size SUV with a body style similar to a truck. It has a 4.6L V8 engine with an adjustable suspension. This model year includes the Black Line Special Edition, that includes a blacked out exterior and interior.

Features of the Lexus GX

The Lexus has not been through a redesign since 2010. As a result, the interior of the cabin appears a bit dated. The interior has wood and leather, but it is mixed in with hard plastic. The front row seats are comfortable and have multiple seating positions.

It does not have a lot of road noise, keeping the interior quiet even at the highest speeds. The Lexus has 46.7 cubic feet of space behind the second row and 11.6 cubic feet of cargo room behind the third row.

The Lexus GX has a large amount of technical features. The base model has a nine speaker audio system that is controlled by a 10.3 inch touchscreen complete with Apple CarPlay and Android Auto. The Lexus has satellite radio and Bluetooth to allow hands-free calls.

In addition, the rear entertainment system has dual screens and integrated navigation.

The Lexus GX has drive assistance such as lane-departure warning, pedestrian detection, and automated emergency braking. In addition, the Lexus includes adaptive cruise control as a standard feature.

Features of the Toyota 4Runner 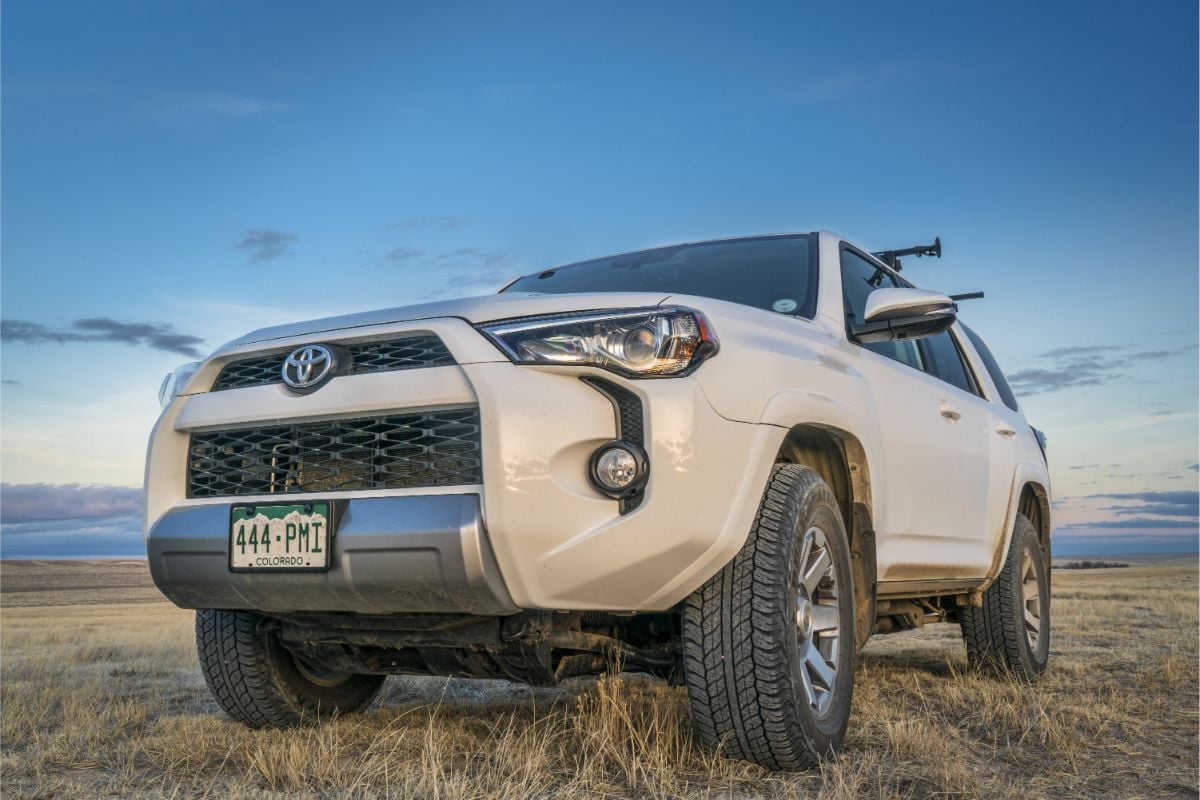 The Toyota 4Runner interior is not any more modern than the Lexus. It has minimal styling, but that does not stop it from being a favorite SUV. It has a flexible cargo space with large cubby spaces.

The models with two rows have a pull-out cargo deck that helps with loading and unloading. The deck can also be tailgate seating. The second row folds down completely for a large amount of storage space.

All 4Runners comes with a touchscreen infotainment system. While you can touch the 8 inch screen, it also has buttons and knobs. Apple CarPlay and Android Auto come standard. In addition, it offers a navigation system built in and 15 speaker audio system as upgrades. 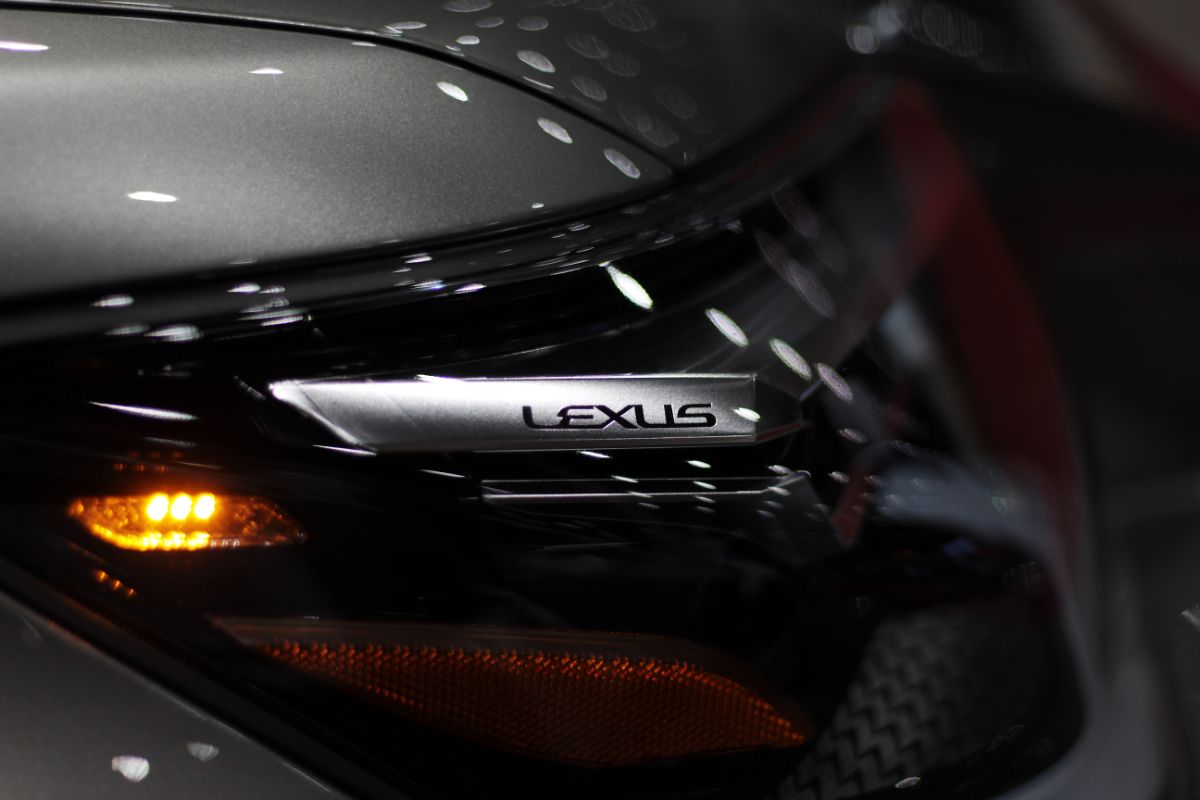 It comes with a six speed automatic transmission. You can expect to get 15 mpg in the city and 19 mpg on the highway.

It comes with a five speed automatic transmission. You can expect to get 16 mpg in the city and 19 mpg on the highway. 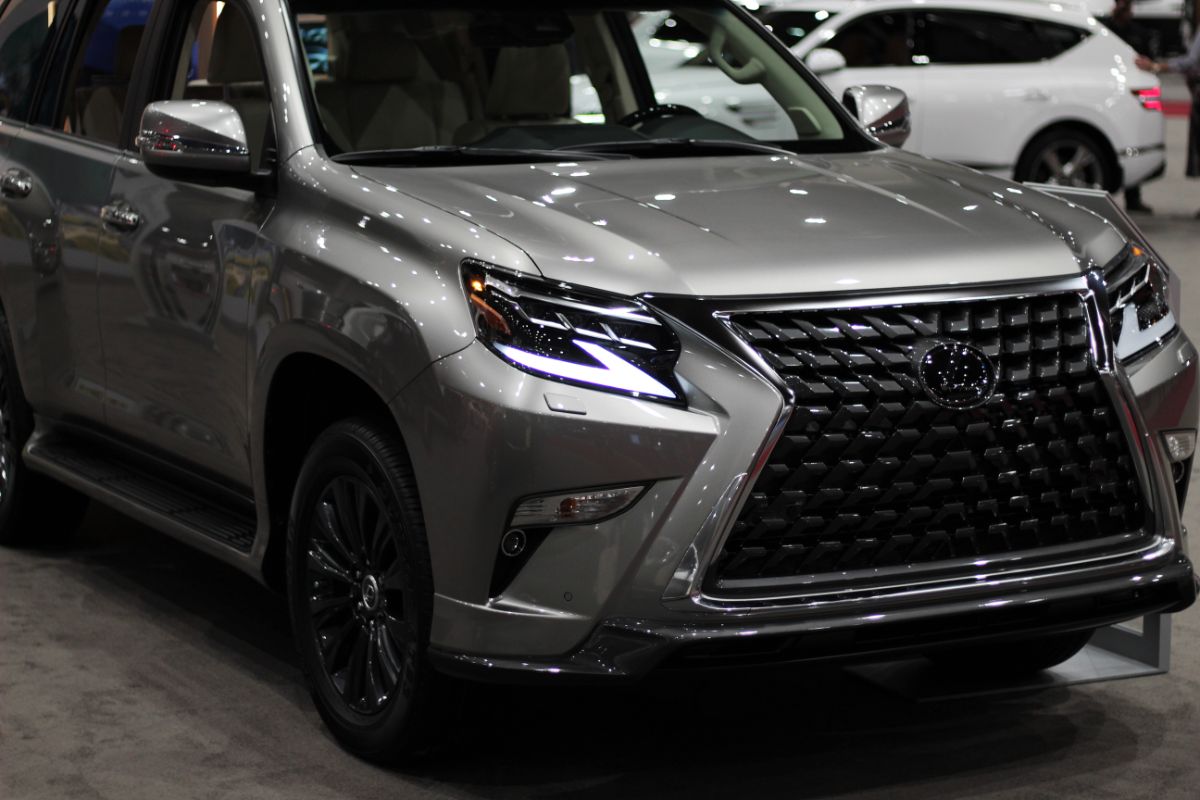 While both the Lexus and Toyota have relatively the same shape, the Toyota 4Runner has a better design. The Lexus touts itself as a luxury SUV, but it looks more rugged than you expect from a luxury SUV.

The Lexus GX is in the top 5 most reliable of luxury SUVs. In addition, the average cost of repairs are less than $1,000. It is common for the Lexus GX to need repairs, however, they are not typically severe.

The Toyota 4Runner is in the top 10 most reliable of midsize SUVs. The average repair bill is around $500. The 4Runner has an average amount of repairs as compared to other similar vehicles. 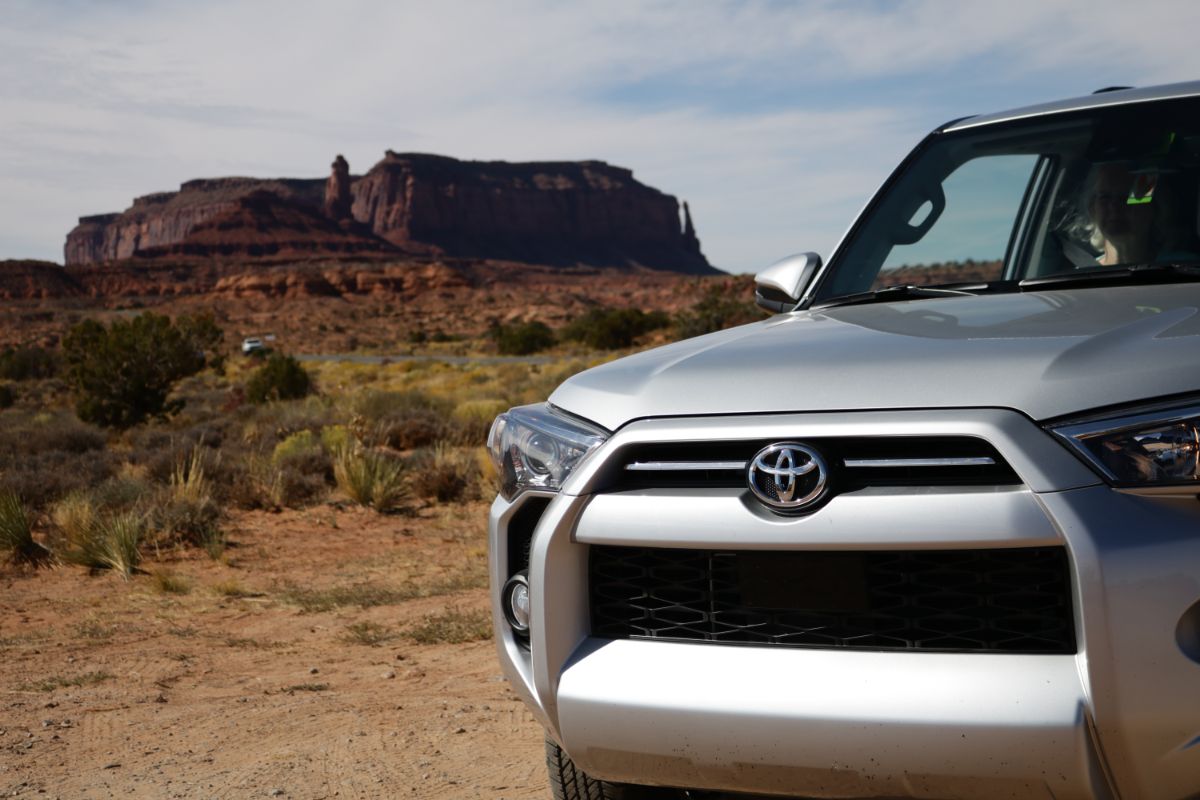 The Toyota 4Runner comes with keyless entry and push button start. It also comes with a power rear liftgate and a steering wheel that is leather wrapped. 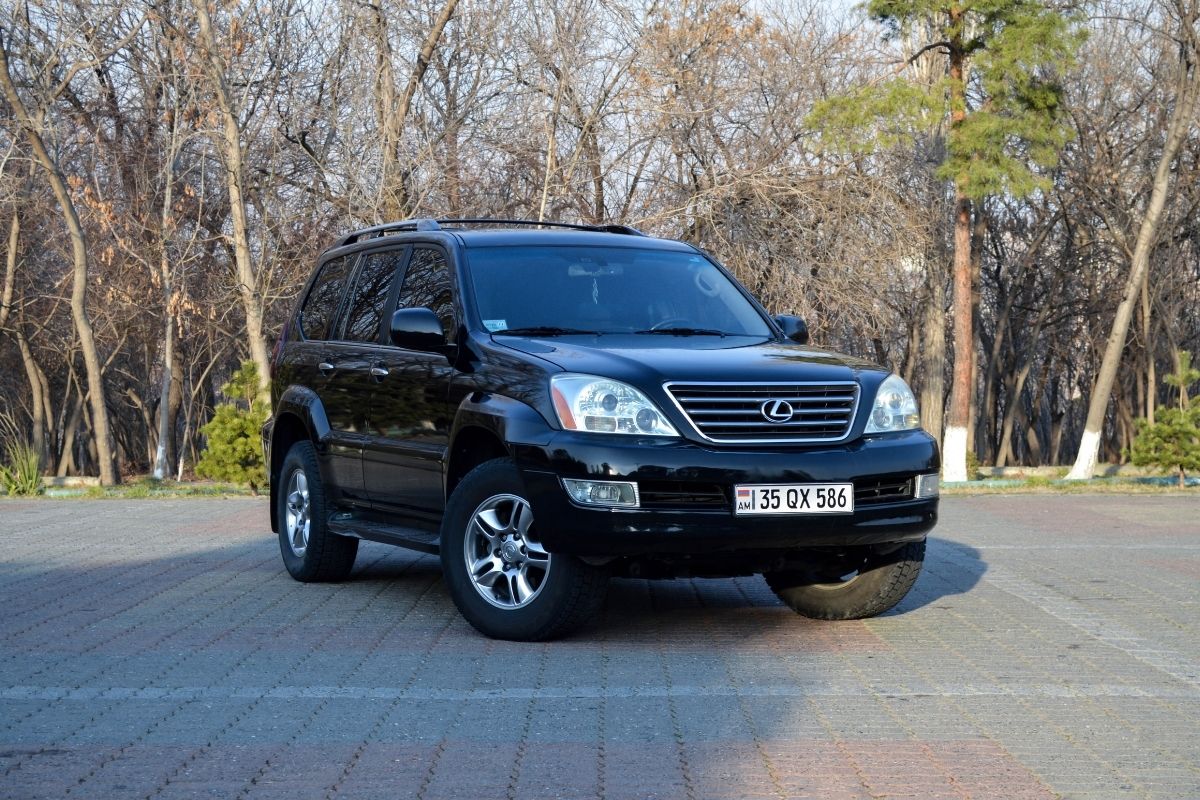 The center stack of the Lexus GX was completely redesigned. This infotainment display finally replaces the outdated system Lexus used to have.

The Toyota 4Runner was first introduced in 1983 model year. The Toyota 4Runner is the fifth generation of this model. Its design has changed significantly over the years. The 4Runner has a long history. The second generation was released in 1989 with a fresh new design that was less like a pickup truck.

The Lexus GX is based on the Toyota Land Cruiser. The first generation was introduced in 2002. It was the third SUV in the Lexus line-up. The body styling has not changed much since its introduction.

In 2009, Lexus began its introduction of safety features; by 2019, all safety features were standard on all models. In 2013, the GX had a facelift with a new grille, headlights, and daytime running lights. In 2019, it had a second facelift.

The Toyota 4Runner has my vote. It starts at a lower price, and while it is not considered a luxury SUV, it has many of the same features. On the other hand, the Lexus has a quieter and maybe slightly more comfortable ride; it does not seem worth the price difference.