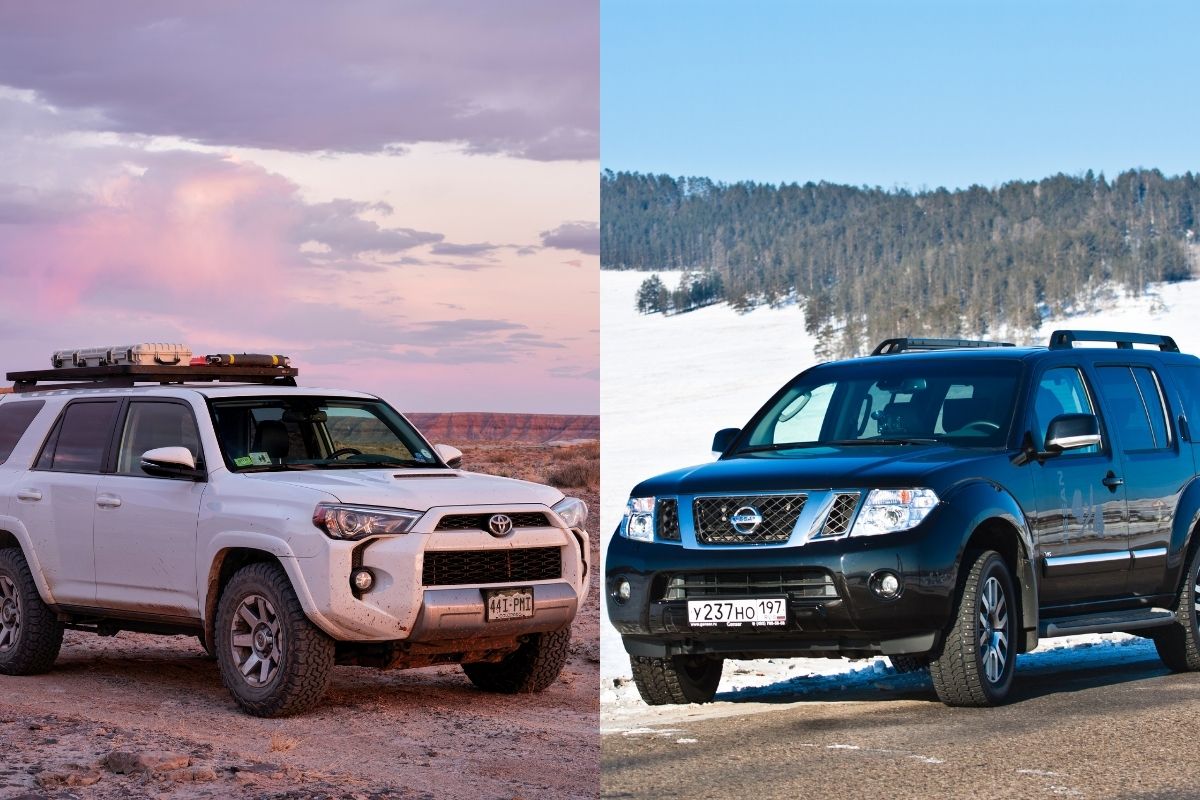 When it comes to mid-size three-row crossover SUVs, vehicles like the Ford Explorer, Jeep Grand Cherokee, and the Toyota 4Runner are the most popular models amongst off-road adventurers. However, Nissan wanted a big chunk of that attention when they reintroduced the Nissan Pathfinder back in 2013. Shying away from their truck-based heritage, Nissan went all-in on car-based utility with the Pathfinder.

The result was a busy SUV with lots of functions and purpose-worthy of a conversation with the aptly named Toyota 4Runner-arguably the forerunner of the compact mid-size SUVs.

At the top of the shortlist of tough, compact mid-size SUVs with great history and astonishing durability, is the amazing Toyota 4Runner. This do-anything and go-anywhere adventure vehicle is equipped with body-on-frame construction, impressive offroad capability, and a powertrain that is the envy of many SUV manufacturers. The Toyota 4Runner leads the charge when it comes to SUV toughness.

The question is: has Nissan done enough to compete or even surpass the 4Runner? Let’s compare the two, and find out. 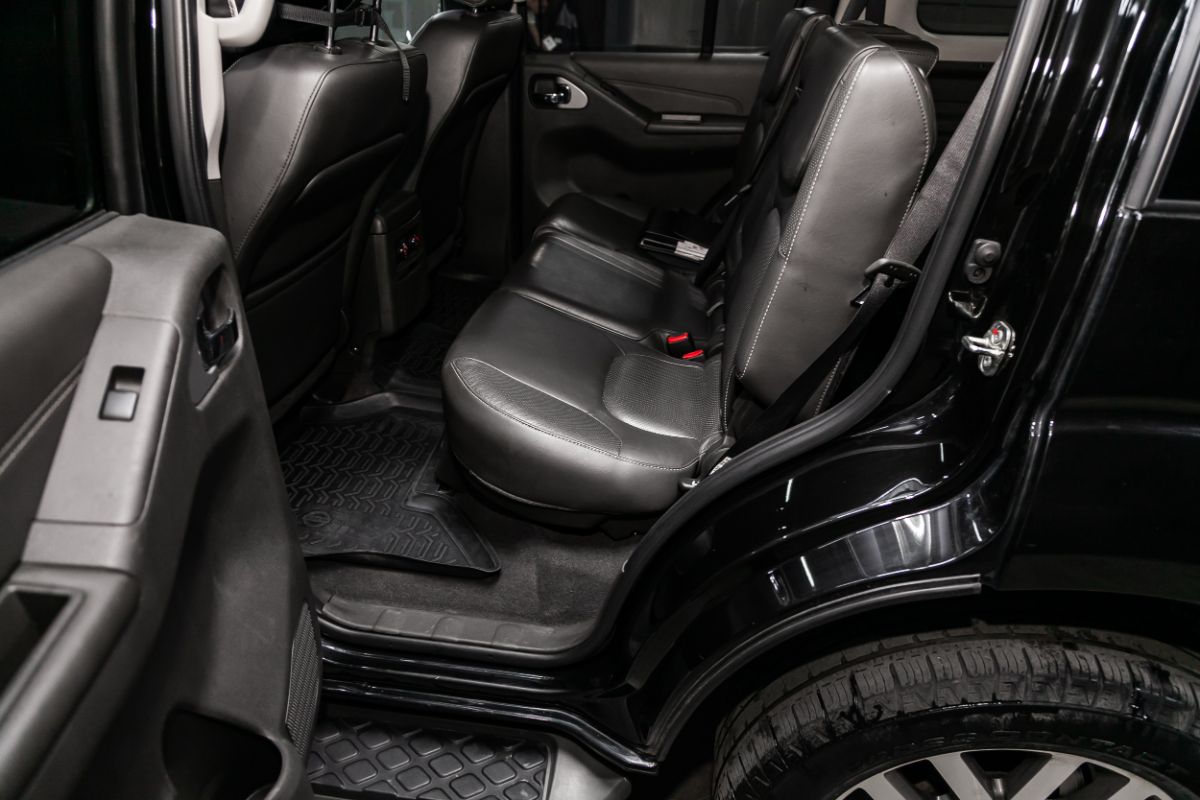 An SUV worthy of its name typically has ample interior cabin space for both live and dead cargo. The 4Runner is well-endowed in both. Depending on the model, its roomy interior provides from five (SR5)  to seven (L-model) occupants.

This is coupled with plenty of features such as front and rear power outlets, heated front seats and a sizeable, trunk space of 47.2 cubic feet when the third row seats have been laid down.

Yet another cargo convenience is the 4Runner’s customary power rear window, which makes access to the rear cargo area easier. If you need a sturdy surface when camping or tailgating, the 4Runner can be equipped with a pull-out cargo deck that supports up to 440 pounds.

The Nissan Pathfinder takes a lot of its inspiration from the boxy truck-based Nissan Armada. Consequently, Nissan has made the interior roomier. At first glance, you might confuse the Pathfinder for the Armada because of Nissan’s signature V-motion grille which has been enlarged on it.

In terms of cabin and cargo-hold, the Nissan Pathfinder is big enough to accommodate three rows of seating. It’s trunk space is 16.2 cubic feet, stretching up to 45 cubic feet with the third row seats pulled down.

However, what really sets the Pathfinder aside from the 4Runner is the sleek, updated 9inch infotainment system and the quiet, plush interior. The many soft touches give the Pathfinder an expensive facade. 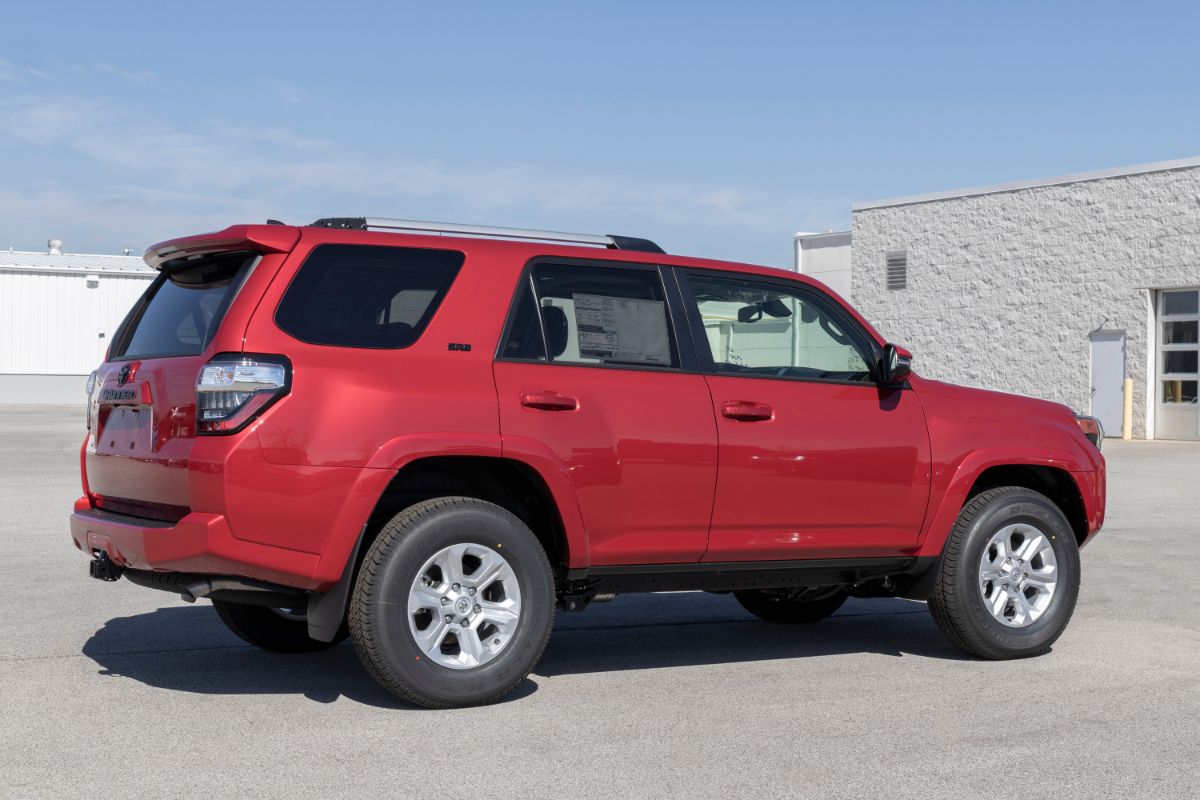 As with every generation of the 4Runner, Toyota has not compromised on impressive safety technology. The standard 4Runner comes with an array of active and passive safety features that are ushered in by the Toyota Safety Sense P; a robust suite of active safety systems that includes a Pre-Collision System with pedestrian detection, lane departure alert, together with automatic high beams, and Dynamic Radar Cruise Controlcar .

In addition, the 4Runner is also equipped with the Star Safety System, a six-feature suite that is designed to help keep you out of harm’s way. In addition to a backup camera and a comprehensive occupant protection system with eight standard airbags, the 4Runner is accident ready.

Not to be outdone by the 4Runner when it comes to safety, the Nissan Pathfinder has 10 fitted airbags, including two long airside curtains and knee bags. On top of this, Nissan has also equipped the Pathfinder with Rear Automatic Braking so that you don’t get whiplash during those tricky parking situations at the mall.

Added to this, Vehicle Dynamic Control helps correct oversteer and understeer, Blind Spot Warning, High Beam Assist and the impressive Intelligent Emergency Breaking System with Cyclist and Pedestrian detection. Another cool accessory that Nissan has added to come with the Nissan Pathfinder is the Tire pressure Monitoring System with Easy-fill tire alert.

This enables you to monitor the state of your tires and fill them up or maintain them before you get on the highway-the worst place to get a flat tyre. 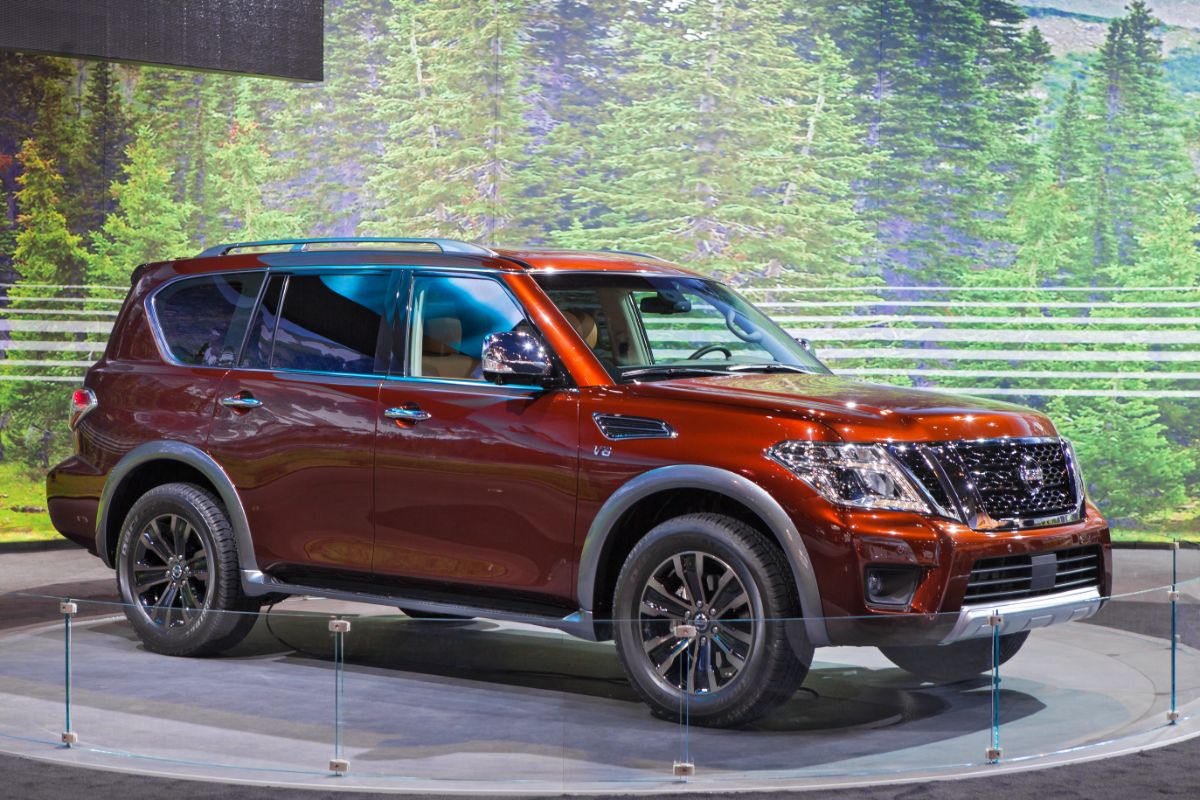 Is it possible for an off-road legend with the capabilities of the Toyota 4Runner to be upgraded? Well, the engineers at Toyota Racing Development (TRD) have taken up the challenge and shown that-yes we can-by equipping the 4Runner’s rugged underpinnings of high ground clearance with TRD Off-road and TRD Pro Trims that come with sturdy all-terrain tires and brawny suspension.

The one terrain which the Pathfinder seems to excel in is in snowy conditions. Although it has a seven-mode terrain selector, the Pathfinder is clearly not ideal for extreme off-roading-like the Toyota 4Runner is built for. This in itself says much about the durability of the two vehicles.The 4Runner continues to reach new pinnacles of adventure.

The Nissan Pathfinder comes with a 3.5liter V6 engine with 260 horsepower. It’s capable of doing 0-60mph in 6.7 seconds with a top speed of 140mph. The towing capacity for the Pathfinder is pegged at 6000 pounds.Like the Toyota 4Runner, it also comes with an interesting Adaptive Cruise Control System that  Nissan calls the Propilot.

Propilot’s navigation presents the driver with information about traffic-flow, lanes and fuel consumption optimization. It is not totally hands free, but definitely makes driving on the freeway a lot less involved than its Toyota counterpart.

The 4Runner is also designed with an awesome electronic locking rear differential that helps it traverse unpredictable trails as well as Hill Start Assist control that helps to keep it stationary when the driver releases the brakes on a steep incline. Typical of some other off-road vehicles, the Downhill Assist Control is also part of the amazing capabilities of the 4Runner. It helps drivers to navigate descents at more controlled speeds. 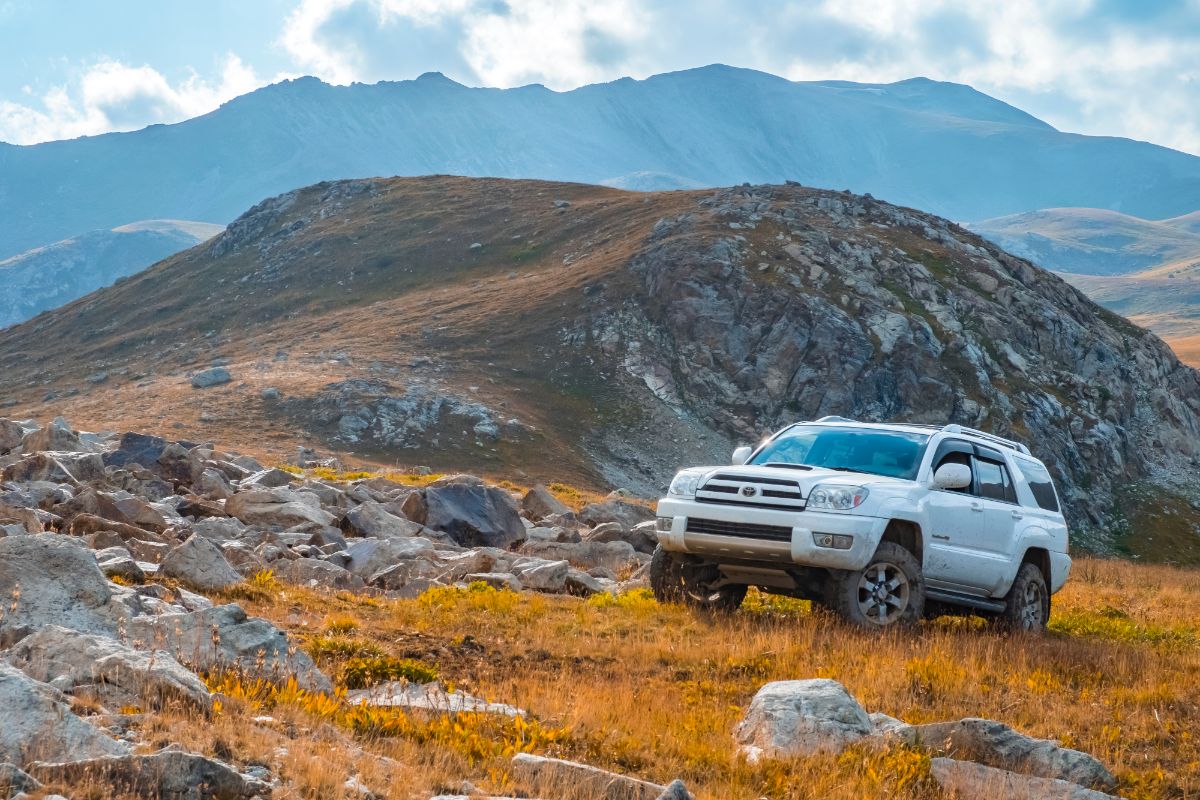 For nearly 40 years, the 4Runner has led the offroad pack with its tough-as-nails construction and iconic style.

Toyota’s world-class reputation for quality, durability, and reliability, combined with its famously strong long-term cost estimates, and safe off-road vehicles like the 4Runner are what have kept the Toyota brand what it is-great.

Conversely, the Nissan Pathfinder’s better fuel economy, lower ground clearance and comfortable cabin make it the ideal day-to-day family crossover car. Perfect for those long road trips which do not require you to climb rocks or rugged terrain.

Much as I am a Toyota fan for life, I have to admit that all said, the Pathfinder is better looking and a really worthy adversary-only if you are not an off-roader like me. But if you are a thrill seeker ready to go where no car dares to go-like I am, then the Toyota 4Runner is the preferred choice.