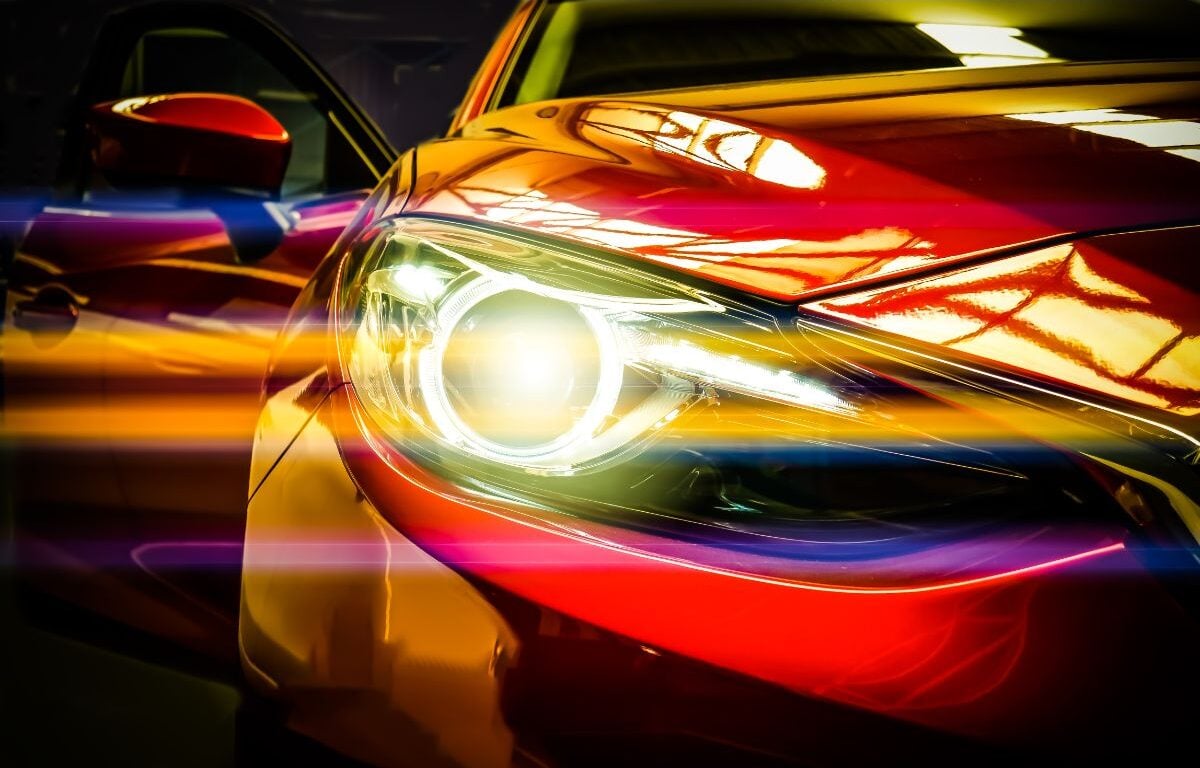 If you drive a car, the chances are good that you know where the bumpers are. No one pays them any mind until their children hit something or someone. Then all the attention is on the car’s bumpers.

Every part or piece of a car serves a very important purpose. The bumpers exist to protect the body of the car and, by extension, the driver. What is a bumper and what does it do?

Contents Show
What Is A Bumper?
Types Of Bumpers
Standard Bumper
Step Bumper
Cowboy Bumper
Tube Bumper
Roll Pan Bumper
Factory Bumper
Steel Bumpers
Pros And Cons
A History Of Vehicle Bumpers
Types Of Bumpers For Vehicles FAQ
What Does An Accident Do To A Bumper?
Why Does A Damaged Bumper Require Professional Assistance?
Should You Repair Or Replace A Damaged Bumper?
Does Insurance Pay For Car Scratches?
What Can Be Damaged In A Front-End Crash?
How Much Time Is Involved In Replacing A Bumper?

What Is A Bumper?

What you see wrapping from side to side of the body of the car beneath the hood and trunk is actually the bumper cover. It covers a bit of foam or plastic that absorbs energy from as little as a five mph impact. The bumper cover is purely cosmetic.

The actual bumper is a metal apparatus designed to protect the body of the car as well as the driver and passengers. It’s metal and wraps from side to side around the body of the car. You can drive around without a bumper cover to hide the ugly metal, but it’s illegal in some states.

United States law dictates levels of impact resistance and height, so not every vehicle bumper is the same. These are the types of vehicle bumpers: 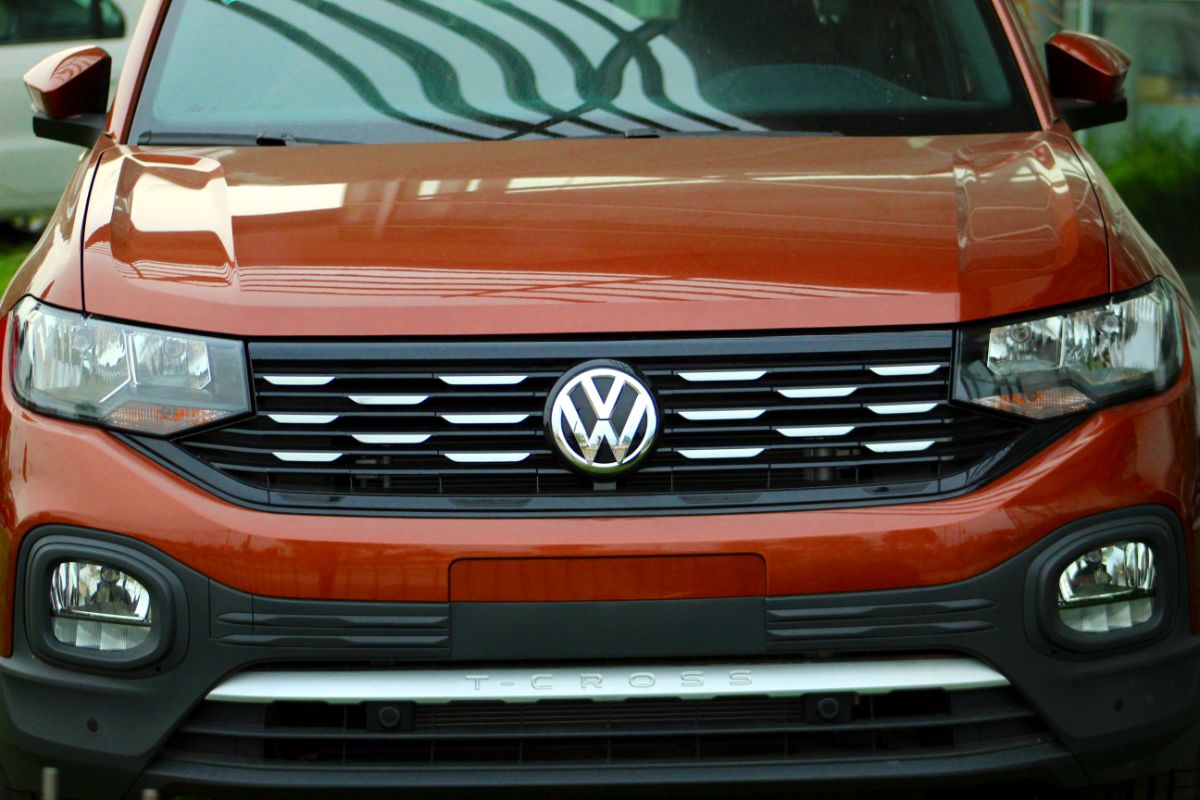 The DOT bumper standard is meant for passenger cars and nothing else. The object of the exercise is to decrease low-impact damage in order to protect the fuel and exhaust systems as well as the cooling system, and the lights.

The bumper standard requirements for speed have changed each year according to the vehicle’s model. Models from 1972 until 1978 required no damage to headlights and the fuel system in a five mph collision on front bumpers and two and a half mph on rear bumpers. The requirements for collision damage went up every few years until today’s standard of five mph collision damage to lights and fuel systems remains in place.

The present bumper standard with regard to height is around 16 to 20 inches above the ground. This applies only to passenger cars.

The means of protection can be accomplished however manufacturers choose. They don’t have to comply with federal mandates, so they certify the bumpers themselves. They’re not required to disclose these figures, but some do it anyway on the car stickers.

Standard or factory bumpers are lightweight, causing less stress on the engine and improving gas mileage. They cost less to replace.

The cons, though, are that standard bumpers don’t hold up well under impact and could fail completely. 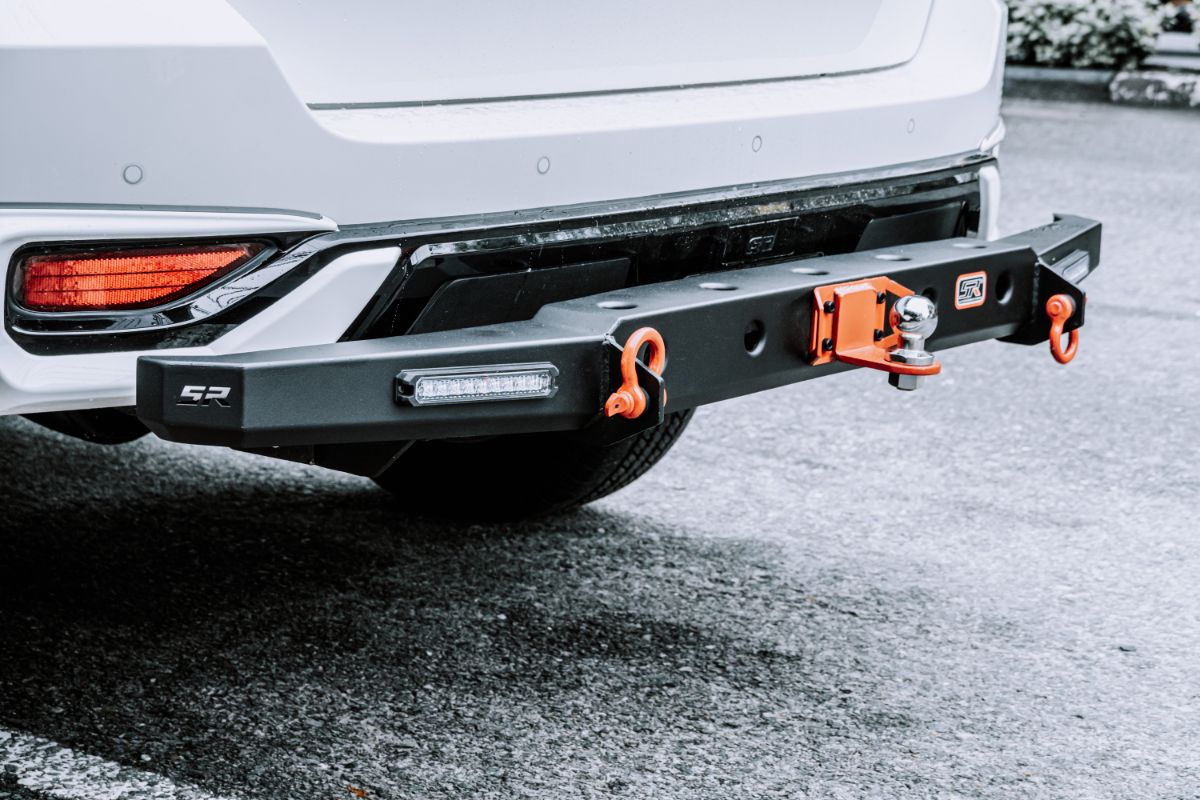 Made of rubber, aluminum, plastic, or light metals, the step bumper adds protection from low-speed impacts. The plastic bumpers use extra polymers to strengthen the bumper, so they’re just as strong as metal bumpers. The bumper features a cut-out in the shape of a step.

Found on trucks, vans, and SUVs, the step bumper adds many things to a vehicle. The protection described above is only one of the step bumper’s attractions. Another is customization for drivers wishing to jazz up their rides. For example, step bumpers, aside from allowing the driver to climb up into the vehicle, can be arranged with tow balls. These come in handy for towing boats or anything else the driver wishes.

Bumpers are higher on passenger trucks due to occasional use on off-road efforts. Their clearance needs to be higher when attempting steep road grades and loading ramps. Thus, the federal collision standards don’t apply here.

Available in different finishes, step bumpers add a layer of protection in case of an impact.

The disadvantage of using step bumpers is that the heavy steel is more difficult for the engine and suspension to bear. 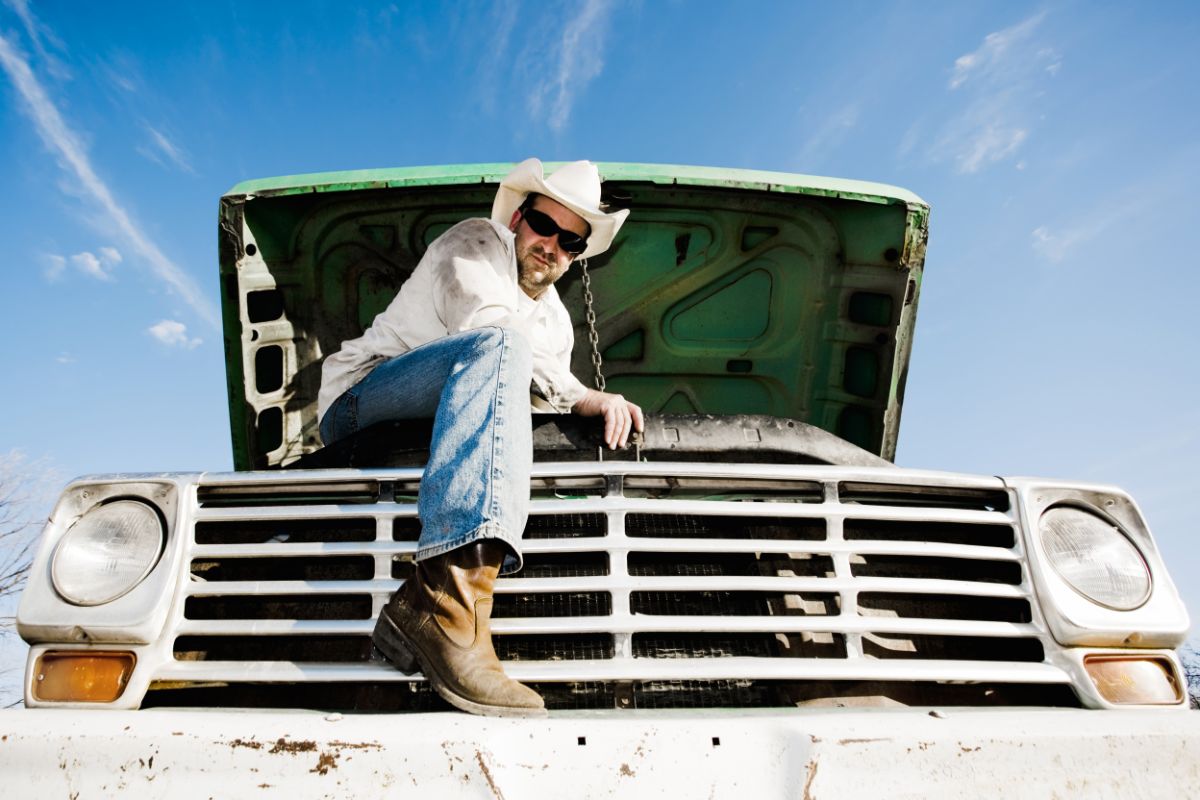 Some confuse a cowboy bumper with a bull bar. Neither act as a grille guard. Cowboy bumpers attach beneath the bumper and rise in a curved tubular manner to meet the grille. Made of heavy steel and coated with a matte black powder finish, the cowboy or bull bar provides protection for the front bumper. Fog lights can be attached to the cowboy bar. It can stand up to a small backing-up impact with its skid plate, but steer clear of deer.

Most trucks bearing cowboy bumpers are for towing, which the frame with its allowance for a tow ball makes easy.

The only disadvantage of the cowboy bumper is the chrome-plating. This isn’t as strong as the powder-coated steel, although it is more attractive. 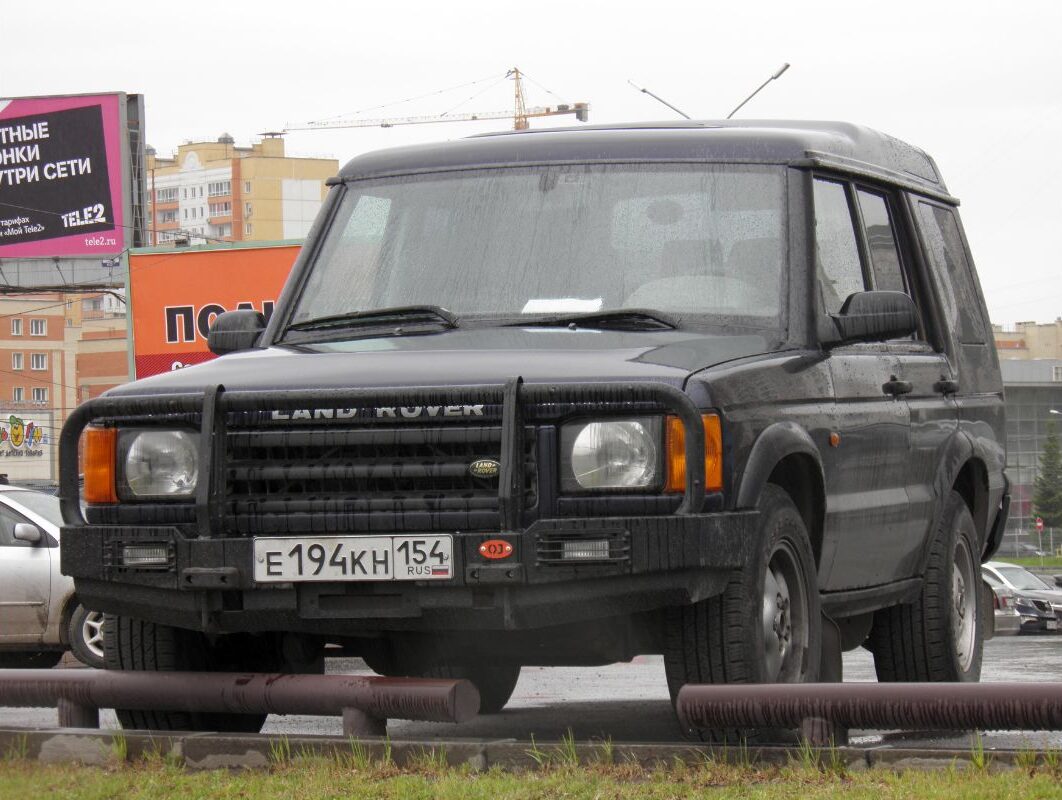 If you drive a Jeep or a truck lifted with monster truck tires, then tube bumpers will decrease the damage in a crunch-up. Tube bumpers consist of a 4” schedule 40 pipe with 14 gauge diamond plate steel skin and 1¼” steel tubing, according to Bumper Superstore. Bumpers come with optional winch plate in the 10” x 4.5” bolt pattern.

Rear tube bumpers consist of a 4” schedule 20 pipe with 14 gauge diamond plate steel skin. Standard rear backup lights, backup sensor compatibility, and the ability to use any ball mount with your factory receiver hitch are featured with the rear bumpers, says Bumper Superstore.

The description above lists some pretty nice benefits of using tube bumpers. They’re strong and protective under the worst possible driving conditions (for all you off-roaders.)

There aren’t any disadvantages that I could find, so go get ‘em. 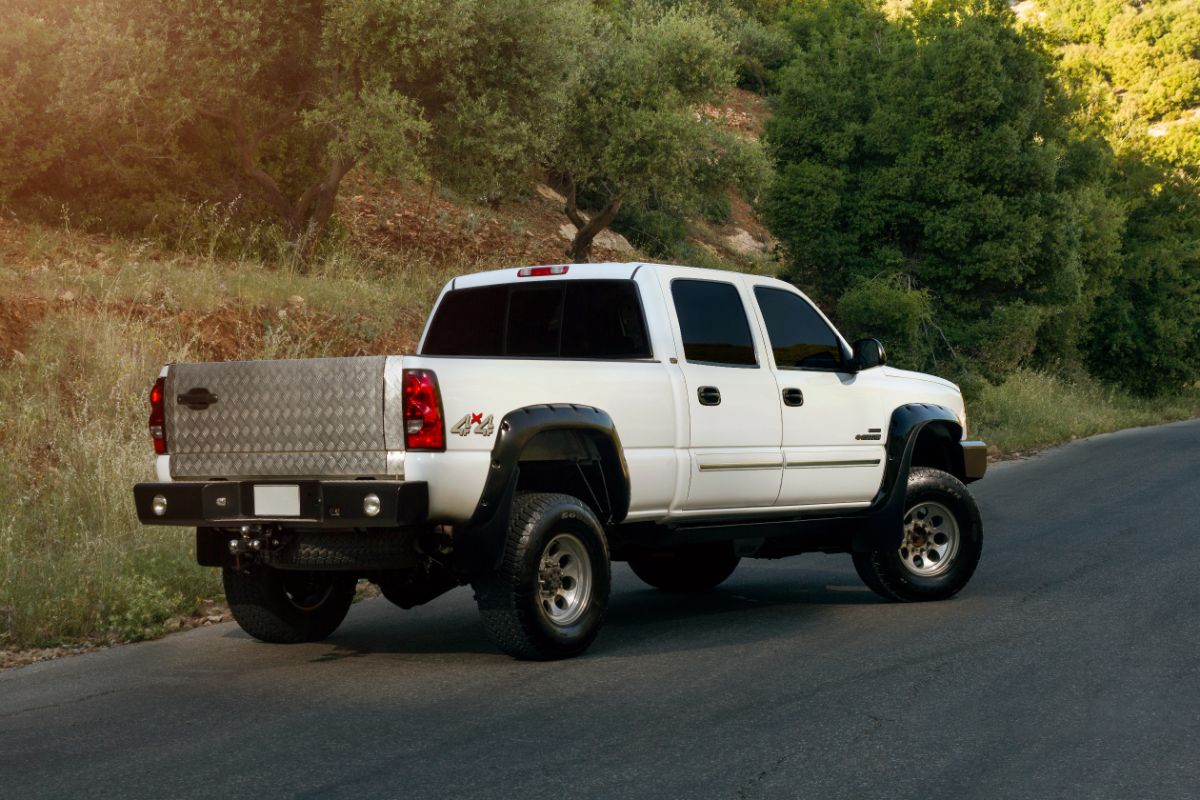 Some truck owners, on the other hand, want to go as low as possible. The clearance of the whole vehicle is way lower than that of standard bumpers, and we’re talking barely off the road. Then they use roll pan bumpers to finish the appearance.

A roll pan bumper is a bumper in name only. It doesn’t protect, it doesn’t in any way resemble a vehicle bumper, and you can’t tow with it. It is molded to form a continuous appearance from the body of the car to underneath. Roll pan bumpers are for looks only.

Roll pan bumpers are made from carbon, plastic, steel, or fiberglass. They’re bolted into place on the body of the truck. They come plain, so the owner can paint them the color of his truck. They’re made for just about any model truck available.

These bumpers don’t protrude from the body of the truck. They tuck under for a sleek look. They have painted the color of the truck for a more complete look.

They don’t, however, provide any kind of protection in a crunch-up. 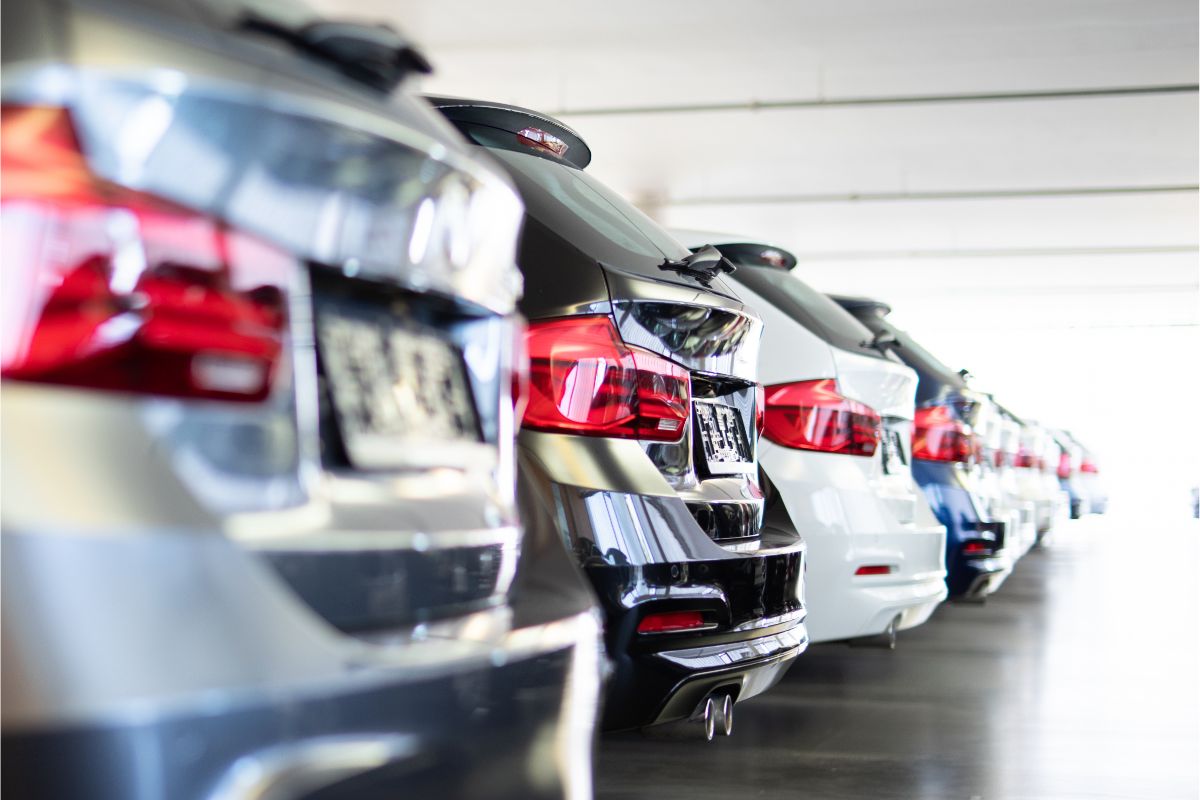 None of the above would be necessary if the factory bumpers were quality in any way. Quite the opposite. They’re cheap, made with a minimum of low-grade materials, nor can lights, winches, or tow bars be added to them. For that, you’ll need after-factory steel bumpers.

Steel bumpers have more care manufactured into them, so they last the life of the truck. They’re just about indestructible, and even if they’re badly rusted, they’re still good. You’ll be able to add lights, winches, and tow bars to the steel bumpers. They come in a variety of finishes, even for off-road vehicles.

Durability and style are two of the main benefits of using steel bumpers.

The disadvantages are the weight they add to the truck, meaning you’ll use more gas and the suspension system will work overtime to support them.

A History Of Vehicle Bumpers

Everything had to begin somewhere, so believe it or not, there’s even a history of car bumpers. Sources disagree on who invented the bumper. Some say it was George Albert Lyon in 1923, whose product went onto Czech vehicles. Some say it was the Englishman Frederick Simms in 1901. The funny thing about it is that the first inventor of the car, Germany’s Karl Benz in 1888, never even thought about a bumper for his motorcar.

In fact, the first bumpers for cars were thin strips of metal painted the color of the car. They were attached to the front of the car, but not the back. A great example of this was the Ford Model A. As the public became more enamored of the automobile, manufacturers designed jazzier bumpers for their cars. The 1930s and 40s were known for their flashy and intricate bumpers, but they were only ornamental. They didn’t protect the vehicles in a crash.

When WWII ended, more people were buying cars due to an economic boom. Carmakers still designed bumpers for looks instead of protection. In the 1950s, car designers began to design the bumper as part of the grille. In the 60s, Chevy was the first to design bumpers in the space we presently know them.

Now it’s the 1960s when muscle cars began to replace the venerable ‘56 Chevy and the ‘58 Thunderbird. Pontiac took its GTO for a ride with an energy-absorbent plastic bumper painted the color of the car. A famous commercial featured John DeLorean slamming the bumper with a sledgehammer. Not a scratch.

Of course, the Feds had to step in with their rules and regulations. In the early 1970s, they informed car makers that the bumpers had to withstand a two and a half mph crash in the front of the car and a five mph crash in the back. The lights, safety systems, fuel system, and the engine had to not sustain damage at those speeds for the bumpers to be considered safe. By the late 70s, the Feds decreed that all panels of a car’s body must survive such a crash.

This meant that carmakers couldn’t make flashy bumpers anymore. The bumpers had to be boring and actually save someone’s life. Now the bumpers jutted forward more than they had, but that was for survival in an impact. Today’s bumpers are more aesthetically pleasing, containing energy-absorbing materials in a basic plastic bumper cover to protect the actual metal bumper.

Types Of Bumpers For Vehicles FAQ

What Does An Accident Do To A Bumper?

A light impact will scratch the bumper, scrape the paint off, leave paint from the other car on the bumper, and crack the bumper. Heavier impacts can split the bumper apart, dent it, or make it bend inwards. An impact could also tear off the hooks holding the bumper on the car. It will sag, drag the ground, or come off altogether.

Why Does A Damaged Bumper Require Professional Assistance?

A trashed bumper can’t protect your car. The next accident could damage the cooling system, engine, exhaust, grille, trunk, or hood of the car. If the bumper falls off the car, it could cause an accident with the vehicle behind you or fall beneath your rear tires. You could lose control of the car and have an accident. Get the damaged bumper repaired immediately.

Should You Repair Or Replace A Damaged Bumper?

Autobody experts know how to repair dents and scratches on plastic bumpers. They’ll clean and sand the bumper, then repaint it to make it look as good as new. The bumper might need replacing, though, if the hooks holding it on the car are gone, or if the bumper contains lighting, or systems like blind-spot monitoring, back-up sensors or cameras, or parking assistance.

Does Insurance Pay For Car Scratches?

What Can Be Damaged In A Front-End Crash?

A front-end accident results in damaged lights, hood, panels, grille, and paint. It can extend from scratches to total bending or collapse of various panels.

How Much Time Is Involved In Replacing A Bumper?