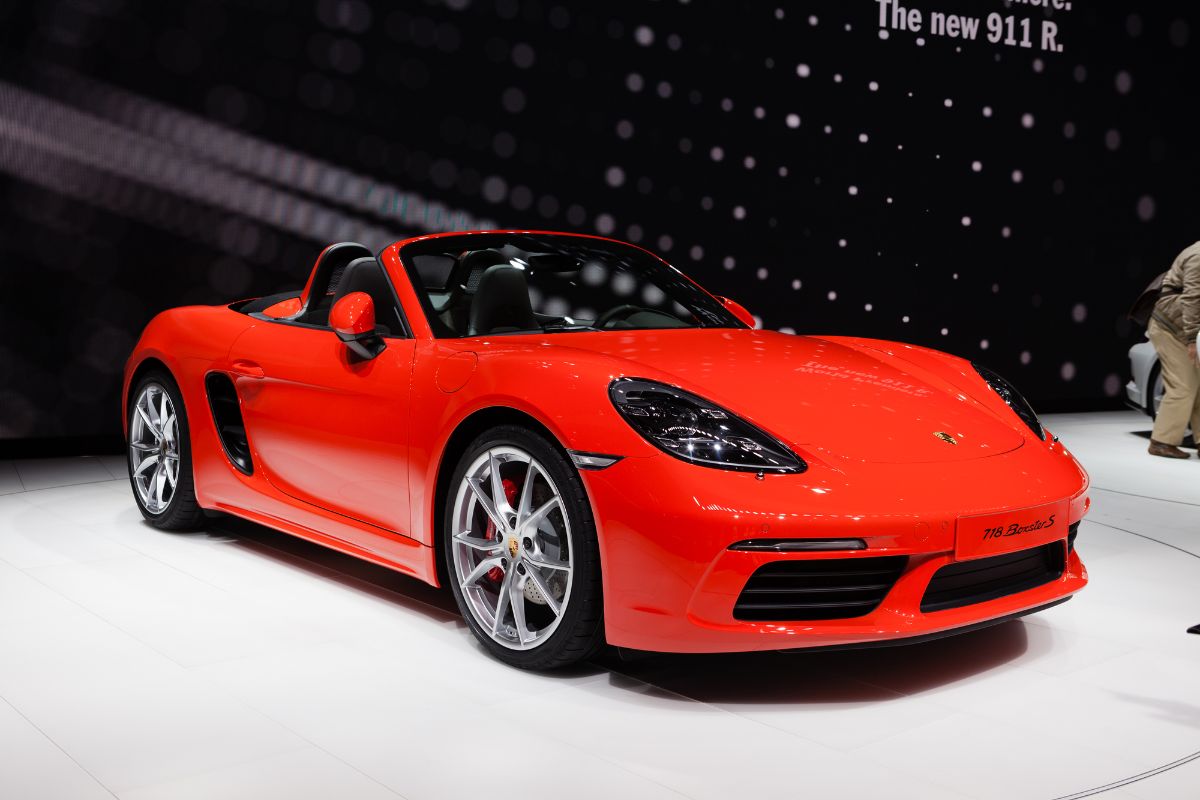 The Porsche 718 is the most recent generation of the brand’s entry-level mid-engine sports vehicle, which has been in production since 2004.

The rigorous approach used by the German automaker has resulted in the production of some extremely excellent vehicles, and the company has long been considered a standard for performance as well as its technical expertise.

Even the more compact 718 has an unusually high level of engineering quality. Naturally, all of the engineering, along with the tradition of the brand, generally results in a price tag that might be considered on the high end by certain customers.

Keeping this in mind, the following are some viable substitutes for the Porsche 718 that are worthy of your attention. Some of them may surprise you. 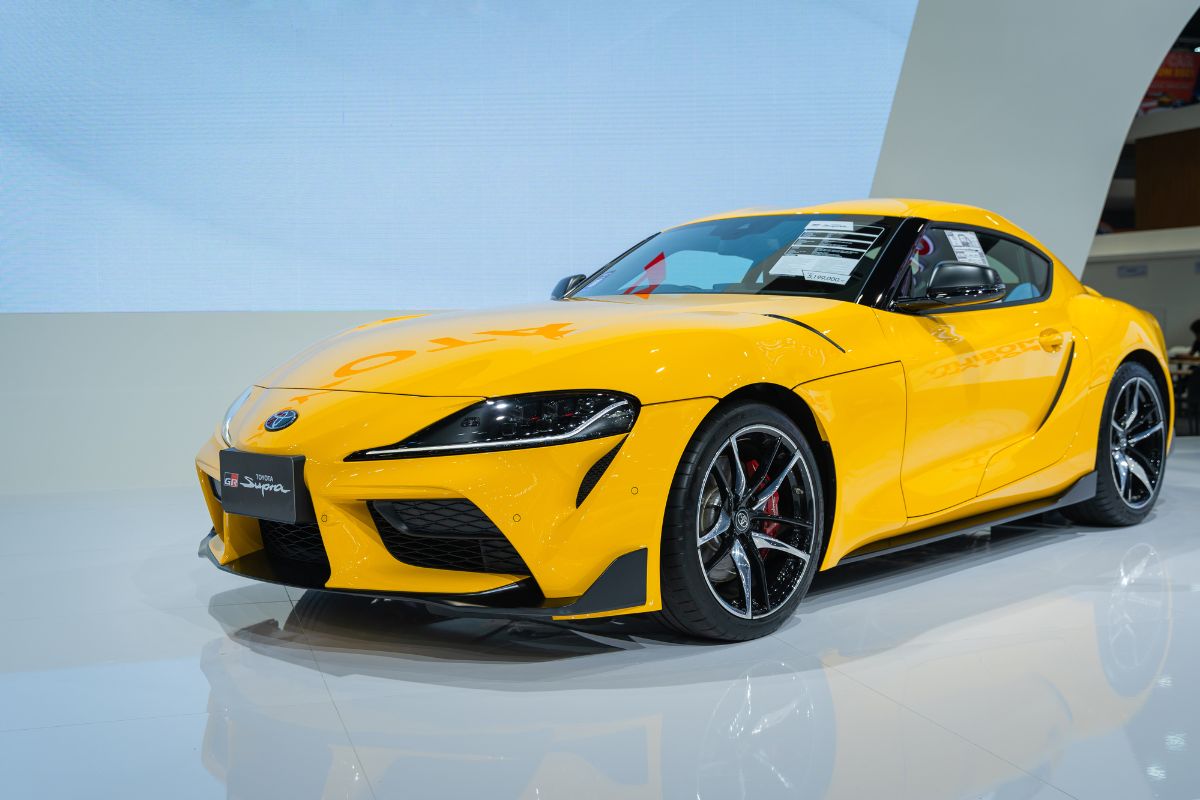 If the performance of the 2.0-liter Supra was comparable to that of the 718, then the 3.0-liter version absolutely destroys it, completing the race from 0 to 60 mph (97 km/h) in only 4.3 seconds. The absence of a dual-clutch automatic transmission is the single significant drawback of the Supra. However, it employs the ZF eight-speed automatic transmission, which is as powerful. 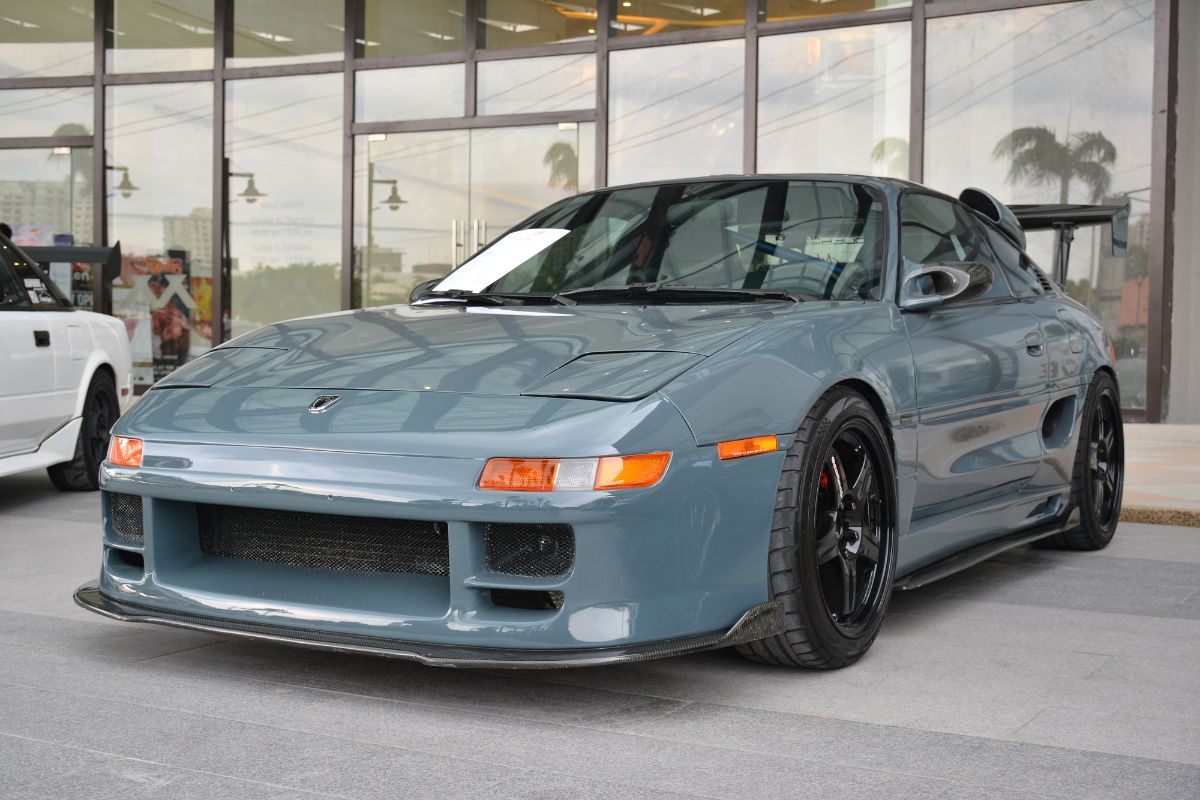 If you’re in the market for a good replacement for Porsche’s rear-mid-engine design, this is one of the few possible options. Regardless of whether it’s the SW20 or SW30 generation, the Toyota MR2/MRS provides an exciting driving experience, enjoyment at an inexpensive price, and Toyota’s renowned dependability.

There is a turbocharged variant of the earlier SW20 that is powered by the 3S-GTE engine that is also featured in the Celica GT-Four. The maximum output of the engine was 245 hp (180 kW), and it had 224 pound-feet of torque (304 Nm). Manual transmission with five gears is used to transmit the power to the rear wheels.

All of this, together with the vehicle’s curb weight of under 1,260 kilograms (2,778 pounds), results in exceptionally agile handling and a dash from 0 to 60 miles per hour (97 kilometers per hour) in around 5.4 seconds. This variant is the most sought-after, and decent examples are now selling for more than $20,000 each. 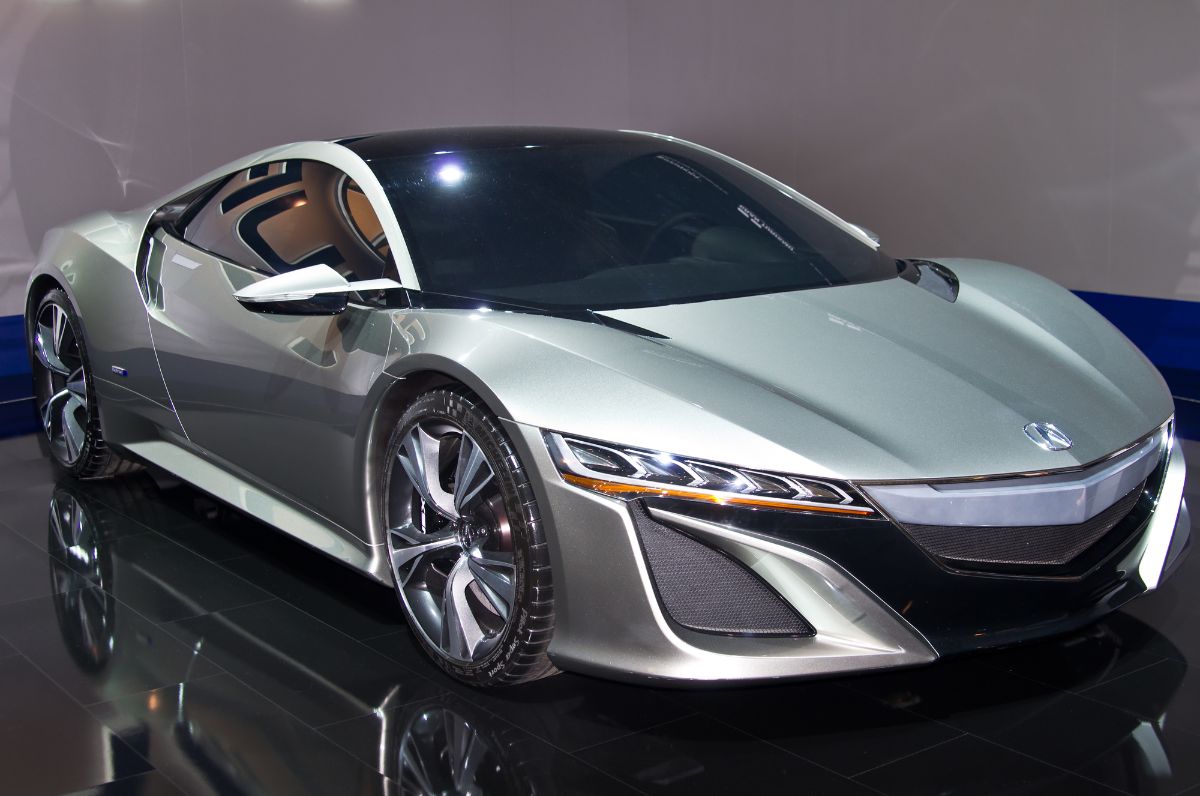 Yes, there is another Japanese classic, but it comes at a higher price. It is incredibly important that the first NSX was produced because it demonstrated that supercars can be dependable and enjoyed daily.

In essence, it was a reliable alternative to the Ferrari 348 that was produced around the same time. The NSX, much like the majority of Japanese sports cars produced throughout the 1990s, has been slowly increasing in value.

Prices for quality examples have recently risen to exceed $55,000. Although it’s not exactly cheap, particularly when you take into account the fact that it’s a Honda that’s 30 years old, you can still purchase one for considerably less than a Porsche 718.

Earlier models were fitted with a naturally aspirated V-6 engine with a capacity of 3.0 liters called the C30A. This engine was laid out in a transverse orientation, similar to the V-12 seen in the Lamborghini Miura.

As a result of the consistent price rise, the NSX is also an attractive investment option. There are also later models with low mileage that are presently selling for more than $100,000. 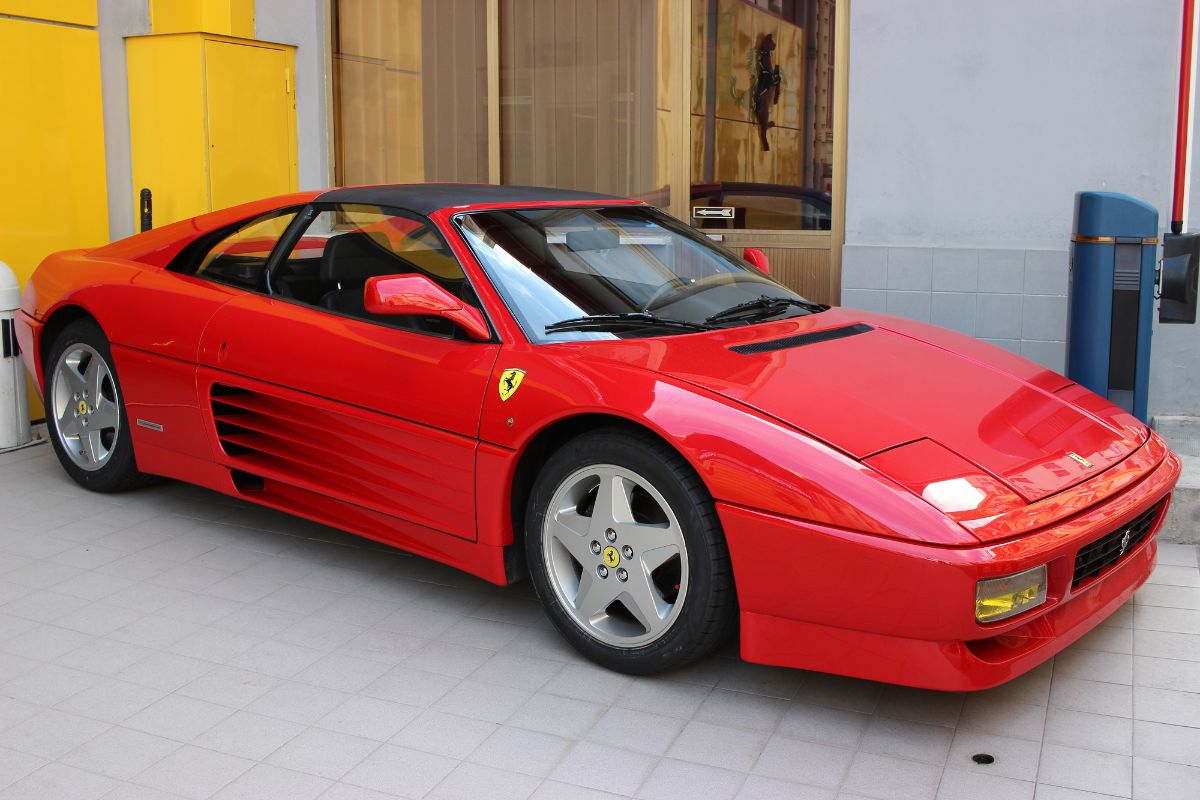 If you truly want a brand that comes with a legacy, you’ll be delighted to hear that you can purchase a Ferrari for far less money than you can obtain the basic model of the Porsche 718.

Even if the Ferrari 348 is not particularly noteworthy for the Prancing Horse brand, it is nevertheless a mid-engine, rear-wheel-drive exotic automobile. Its naturally aspirated 3.4-liter V-8 engine generates anything from 295 to 320 hp (217 – 235 kW) plus 239 pound-feet of torque (324 Nm).

The fact that a nice example can be purchased for less than $50,000 is perhaps the most shocking aspect. Having said that, the price for one that is in really excellent condition would still be closer to $80,000. However, it is comforting to know that one may join the world of exotic cars at a price that is not insurmountably prohibitive. 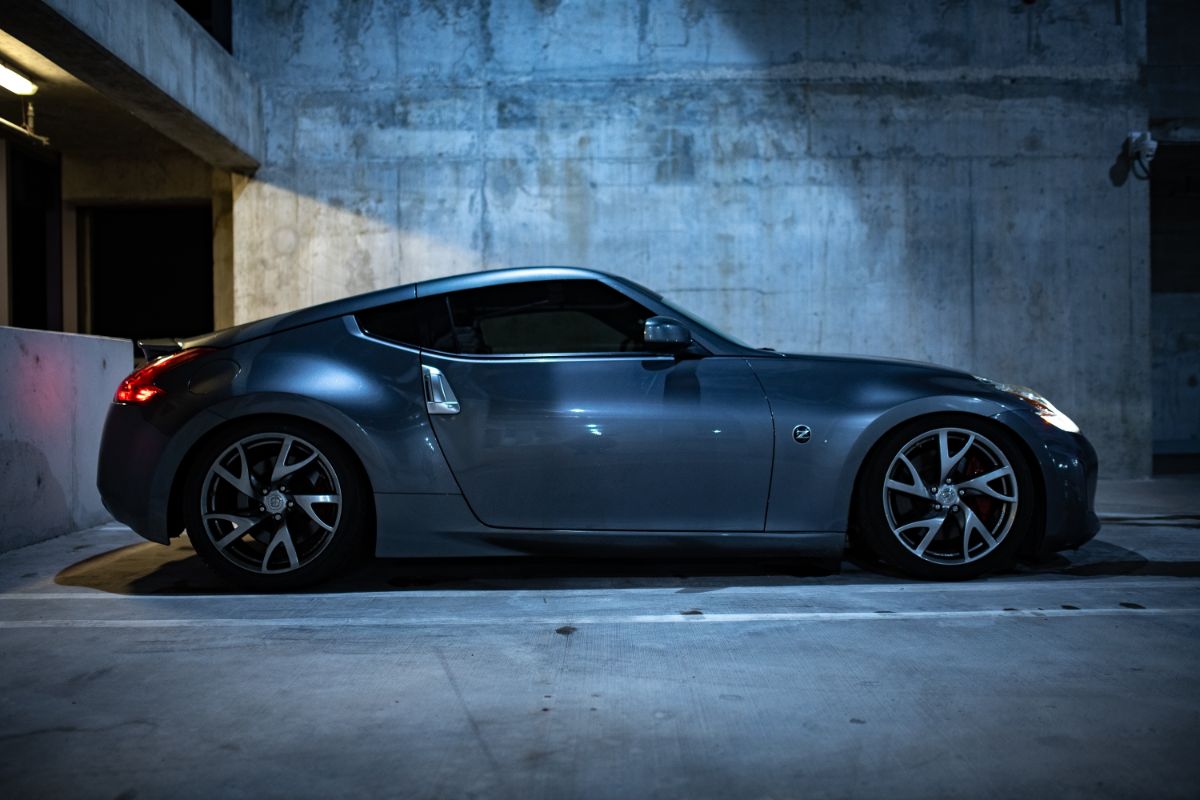 To be fair, this particular model is not currently available for purchase, but that will change very shortly. Likely, the base price for the newest iteration of Nissan’s Z-car will be $45,000, which instantly puts it in a position to be more affordable than the Porsche 718. 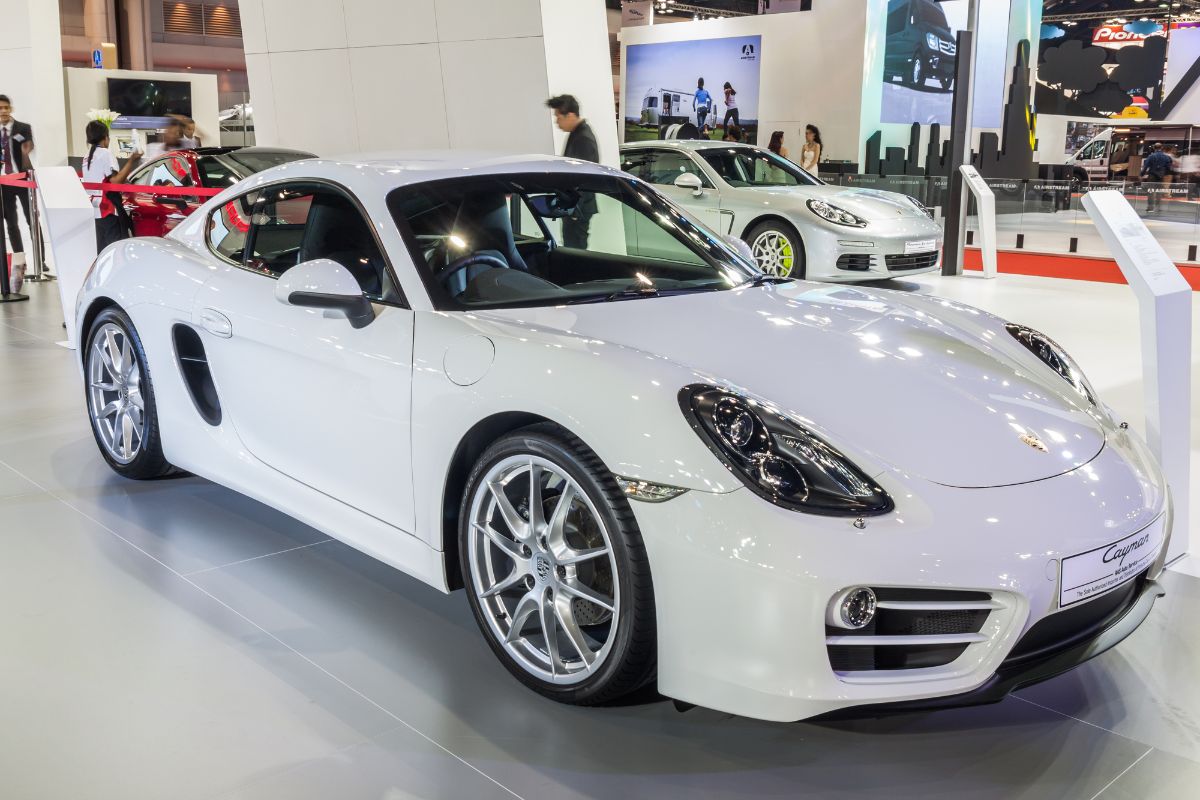 If you have your heart set on a Porsche 718 but are unsure if you want to shell out $60,000 for a brand new one, why not consider purchasing an earlier model instead? The longevity of Porsche’s mid-engine sports cars from earlier generations has been fairly impressive.

They remain well-made, and if you discover a nice one that has been cared for, you will be able to use it without too much trouble if it has been maintained properly.

A 987-generation Cayman or Boxter from a previous generation may be purchased for as low as $16,000 and have fewer than 45,000 miles on the odometer. This means that you will only spend around 25 percent of the price of a new vehicle.

Even more recent Cayman S models may be purchased for a price of around $30,000. The nicest aspect is that even the most basic variant comes standard with a straight-six engine. 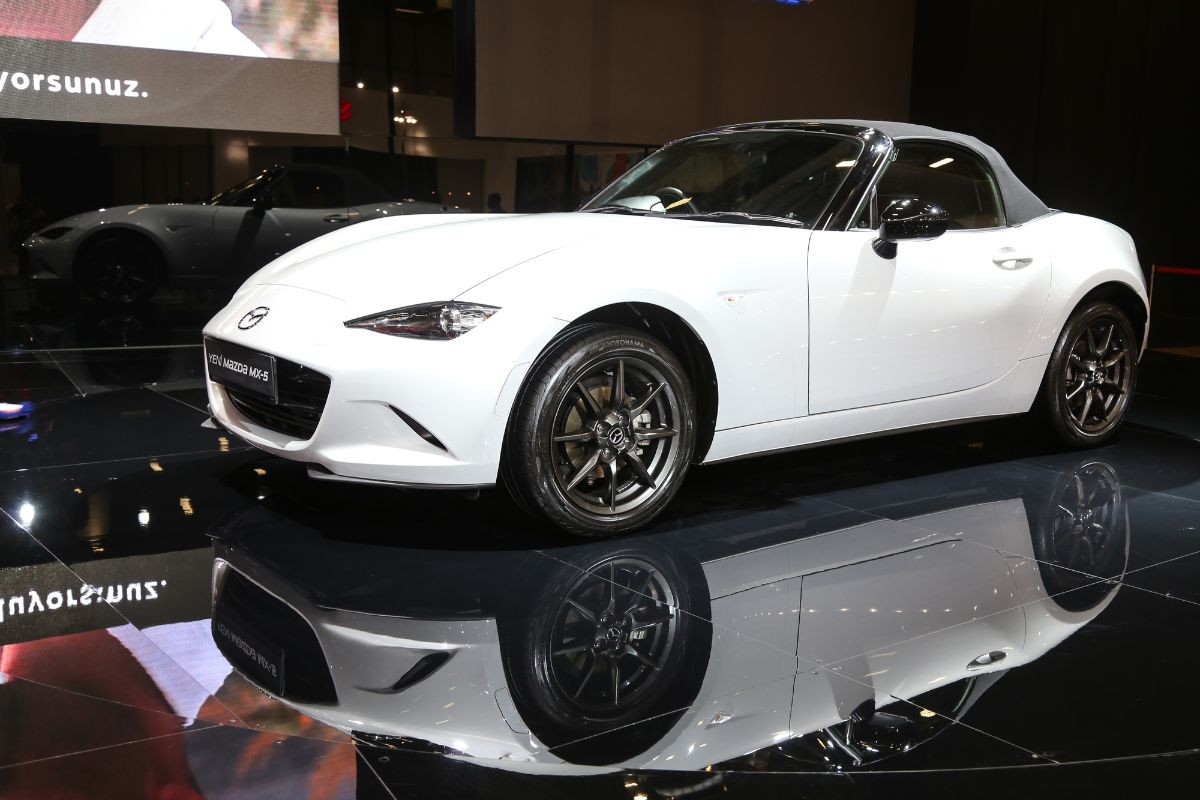 You likely saw it coming. The Mazda is on a lot of these kinds of lists, but that’s because it deserves to be there since it truly is that excellent.

It’s a tiny sports car that does not mess about and is made to be appreciated, much like the 718. Furthermore, you can’t accuse the new Miata of having little power, especially considering how light it is at only 2,271 pounds (1,030 kg). 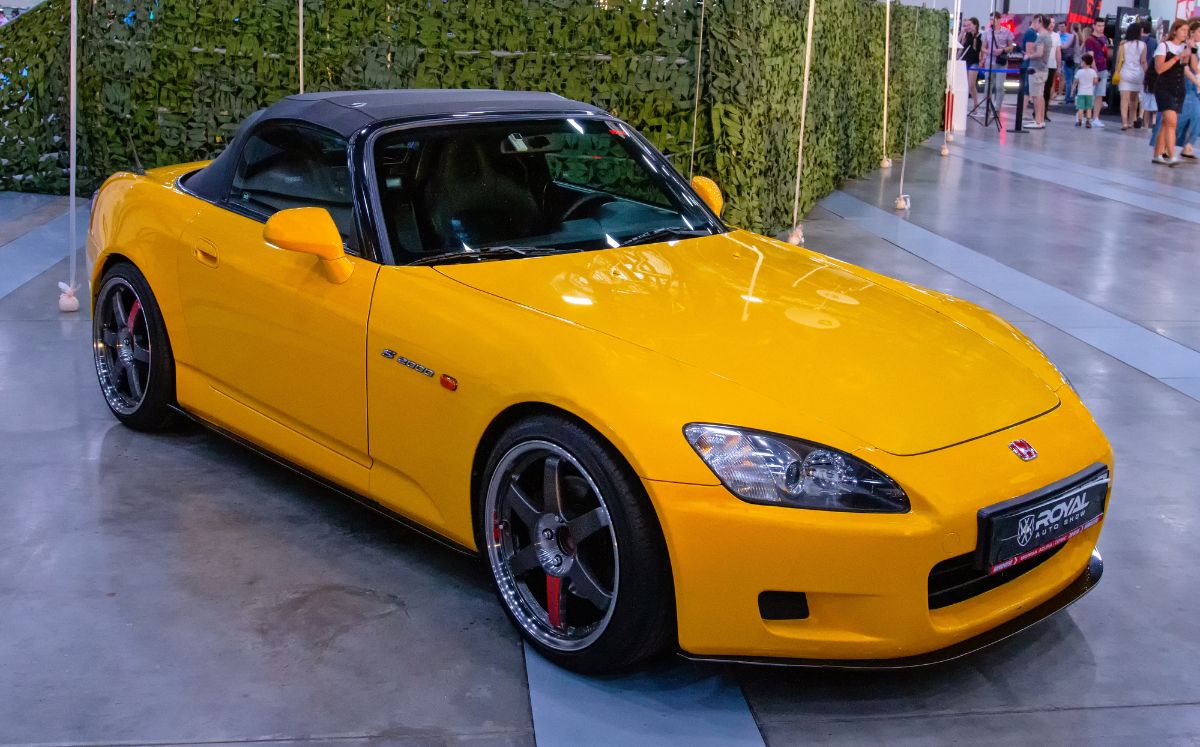 Similar to the Mazda MX-5, the Honda S2000 is a stripped-down, no-frills vehicle designed with the driver in mind.

With this vehicle, you may choose between a 2.0-liter or a 2.2-liter high-revving normally-aspirated inline-four engine with up to 242 hp (178 kW) and 163 pound-feet of torque, dependent on whether you choose the earlier AP1 version or the later AP2 version (221 Nm).

The S2000 also has what is known as a front-midship engine configuration in its architecture. To achieve more even distribution of weight, the complete unit is positioned behind the front axle, even though the engine is in the front. 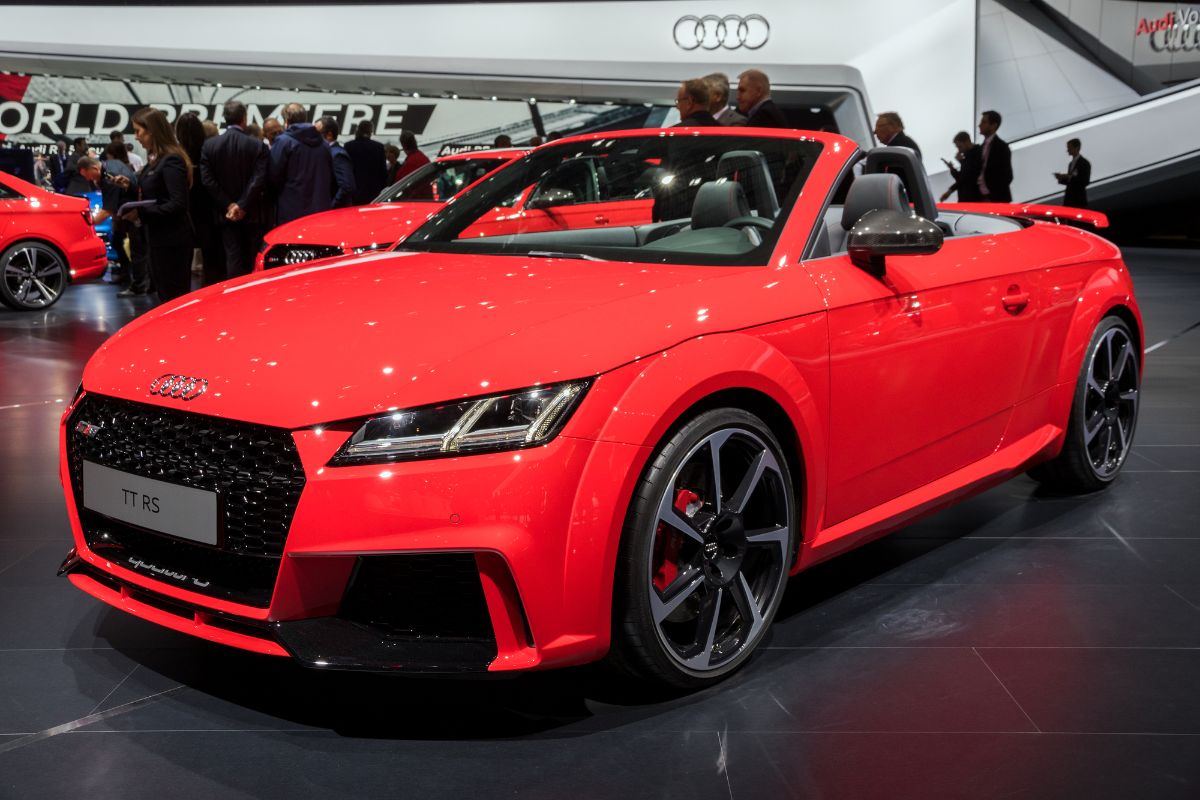 Even though the current iteration of the TT has been around for a while, it still manages to attract attention and is enjoyable to use.

The Porsche 718 Cayman and the Toyota Supra are two examples of sports cars that are superior to the Audi in terms of overall performance. What’s more, Audi’s more powerful sibling, the TTS, is unable to compete with these vehicles in terms of acceleration and handling skills.

All-wheel drive and a dual-clutch automatic gearbox come as standard features on the Audi TT and TTS, respectively; however, neither model is offered with a manual transmission, which is another strike against the brand in terms of the level of driver involvement it offers.

You will appreciate responsive handling no matter which model you pick between the TT and the TTS. The TTS is relatively speedy and is capable of the 60-mph sprint in the low four-second range; nevertheless, this still places it in the rear of the pack when compared to vehicles such as the Toyota Supra, the Corvette Stingray, and the Porsche 718 Cayman. 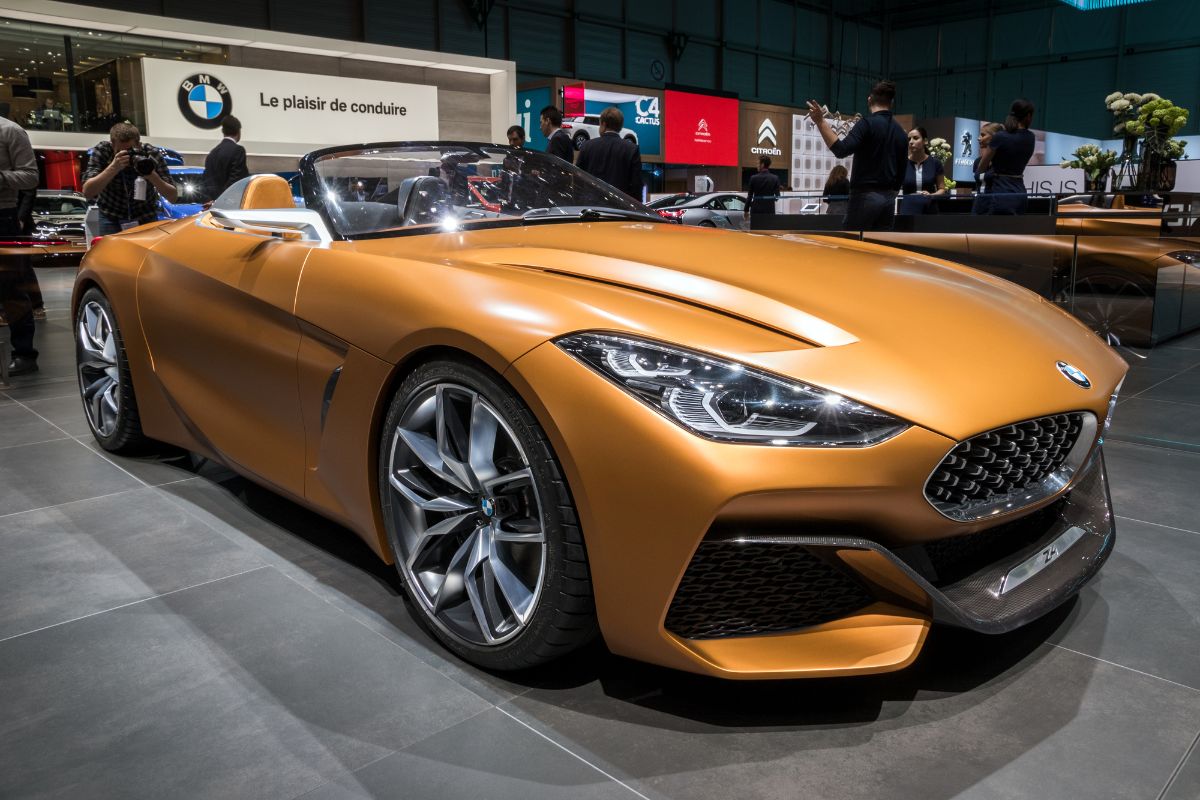 It’s reasonable to anticipate that a BMW sports vehicle would provide confident handling as well as a powerful turbocharged engine. The BMW 2022 Z4 convertible fulfills these expectations at a price of $50000.

Another facet of its allure is the premium interior, which offers seating arrangements that are accommodating enough for daily use. The standard model is equipped with a lively turbocharged four-cylinder engine, while the sportier M40i version has a twin-turbo inline-six engine under the hood.

Every single Z4 has a rear-wheel drive configuration and is equipped with an eight-speed automatic gearbox that is just as well-suited for driving aggressively as it is for relaxing on the highway.

Every single 2022 Z4 will come standard with an eight-speed automatic gearbox that has a Sport mode in addition to a Manual option. In addition, paddle shifters that are attached to the steering wheel are a standard feature.

The sDrive30i is driven by the brand’s superior turbocharged 2.0-liter four-cylinder engine, which is capable of producing 255 horsepower and a generous amount of torque.

The M40i variant comes standard with a twin-turbocharged inline-six engine that produces 382 horsepower. It’s very polished and fluid, and it enables the Z4 to develop into an exceptionally quick sports vehicle. 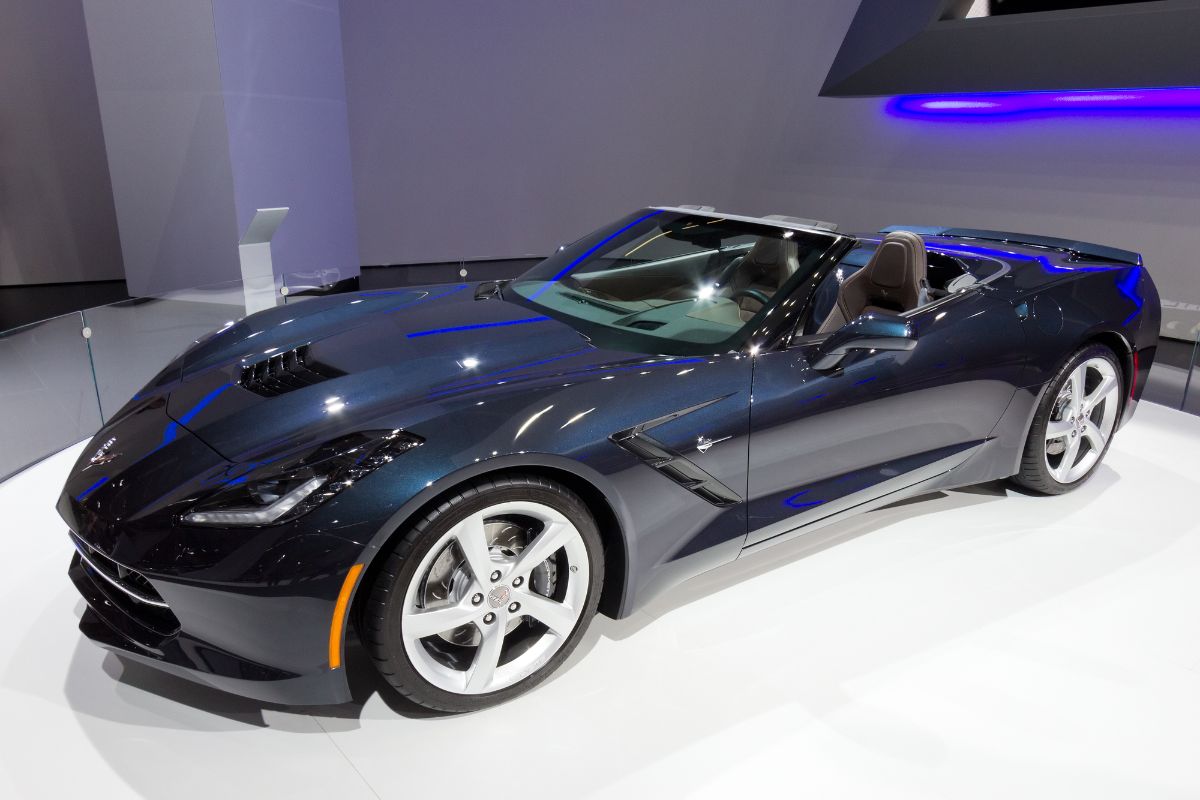 The eighth generation of the Corvette is both daring and spectacular. It’s a wonderfully designed mid-engine sports vehicle with tremendous aerodynamics, and it cuts through the air with pinpoint accuracy. Both a coupe and a convertible version of the Chevy are available.

In addition to providing a large amount of freight capacity, this automobile also has a top panel that allows the driver to keep an eye on the outside environment.

Even though the engine has been moved, it is still a 6.2-liter V-8 that now produces 490 hp plus 470 lb-ft of torque. In case you’re wondering, the engine is now behind the passenger area rather than in front of it.

It has a maximum output of 495 horsepower when equipped with the two-mode performance exhaust that is included in the Z51 package.

Additionally, a more aggressive braking system, summer tires, as well as an electronic limited-slip rear differential are included in the Z51 option package. The only gearbox option is a dual-clutch automatic transmission with eight speeds, which is a first for the Corvette. 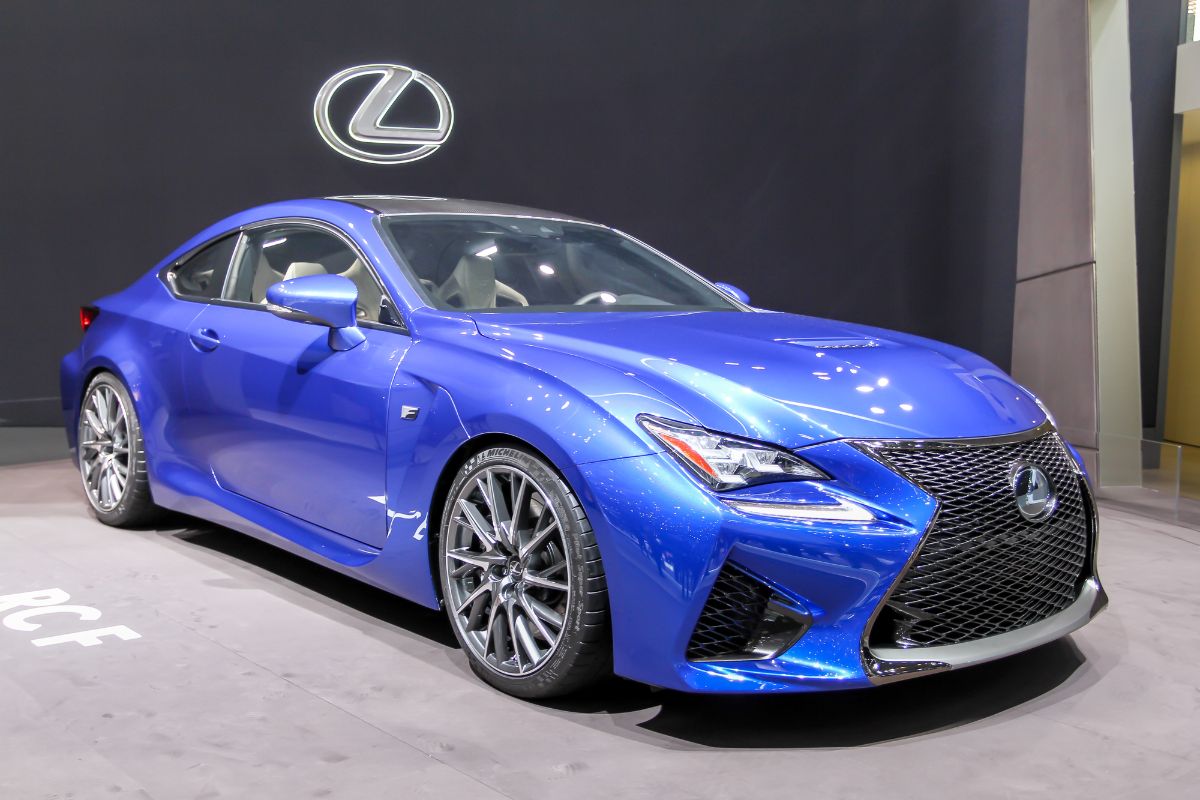 There are two versions of the Lexus LC: the V8-powered LC500, which generates 471 hp and can accelerate from 0 to 60 miles per hour in 4.4 seconds; as well as the gasoline-electric hybrid LC 500h, which generates 354 horsepower.

Both versions are available for purchase. The Lexus LC, which starts at a price of $92,000 and has one of the most stunning interiors of any sports car, has superb capabilities in addition to its stunning cabin.

The inside of the LC sports a driving position reminiscent of a cockpit and is finished with high-grade leather and Alcantara surfaces throughout. There is a rear seat available, but it is not designed to accommodate people of any size for journeys that are more than a few minutes long.

There is just enough room in the LC’s trunk for a weekend escape and not enough for a trip to the supermarket. The infotainment display on the LC, which measures 10.3 inches and is appealing, is not, however, as user-friendly as those seen in competing vehicles.