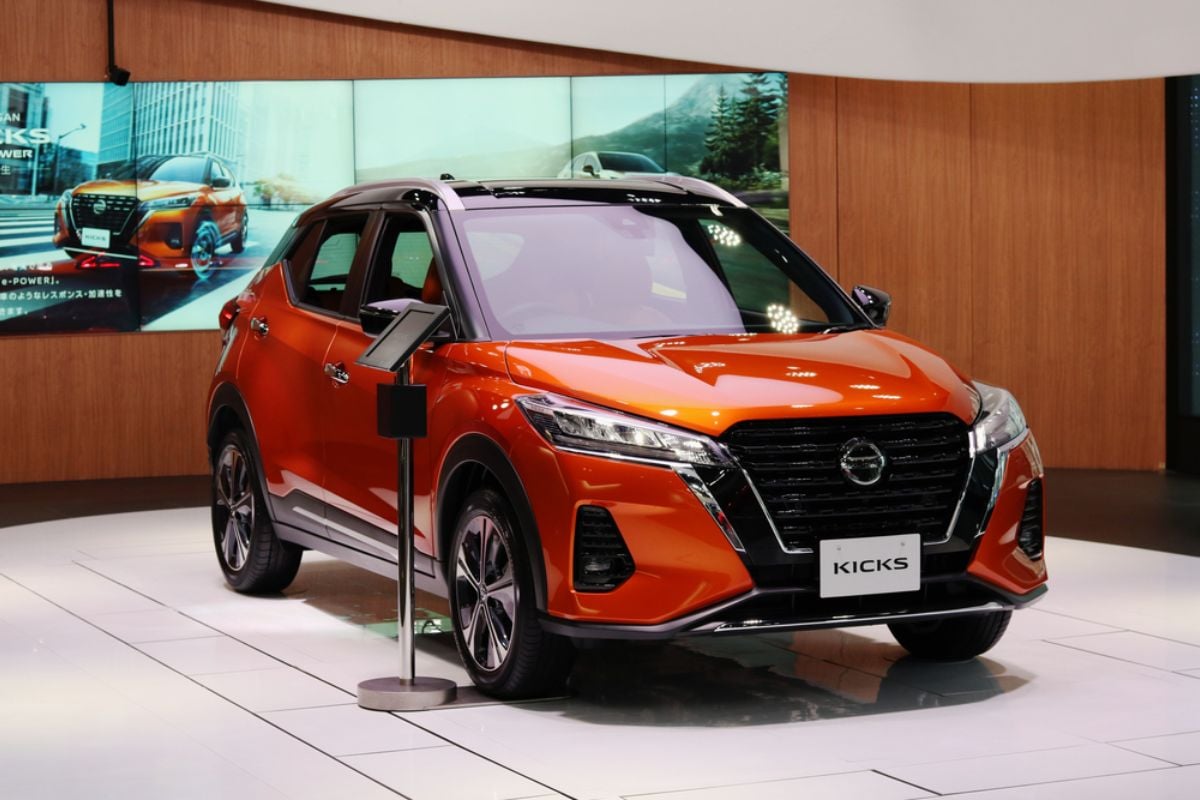 Nissan began selling the Kicks in 2016 and refreshed the design in 2021. The only changes made were cosmetic, and Nissan made no changes to the powertrain.

Nissan categorizes the Kicks as a subcompact crossover SUV. However, several cars on the market have power, price, and fuel mileage similar to the Nissan Kicks. Therefore, they are listed after the Kicks and are the three cars on the list that are most similar.

The Nissan Kicks is on a front-wheel drive, front-engine platform. It is powered by a 1.6L 4-cylinder that produces 122 horsepower.

Kicks’ fuel mileage is 31 city/36 highway and 33 combined miles per gallon. In addition, the Kicks can make the run from zero to 60 mph in 9.7 seconds.

This little SUV seats five and has ample space for their gear in the rear storage area. The starting MSRP of the Kicks is $19,990 for the Xtronic CVT S and a starting MSRP of $22,550 when wearing SR trim.

No towing weights are posted for the Nissan Kicks. So, one must figure that you should not tow anything with it but your passengers and their gear.

Cars most similar to the Nissan Kicks

The first three cars listed are more similar to the Kicks in price and features than the others are. 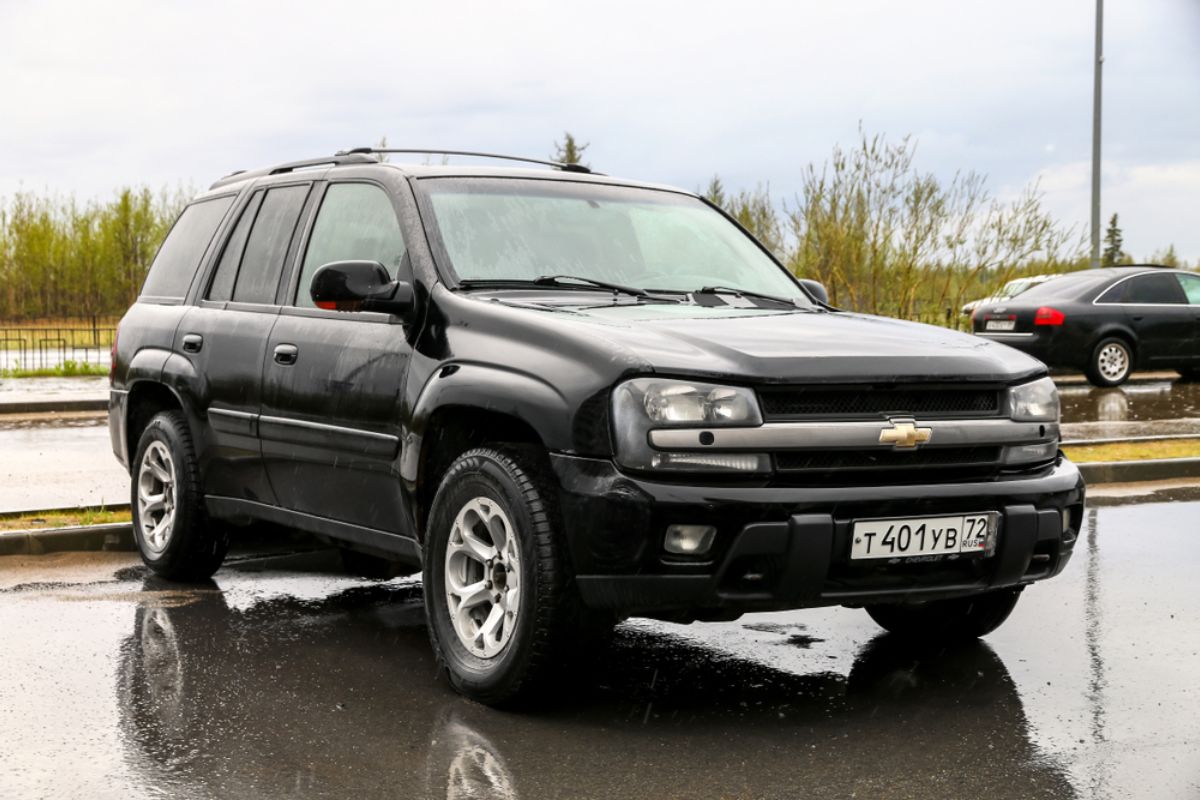 The Chevy Trailblazer is similar in appearance and performance to the Kicks. However, its gas mileage is not as good. However, the Trailblazer has an all-wheel-drive system available as an option.

The starting MSRP of the Chevrolet Trailblazer LS is $22,995. Fuel mileage is slightly lower than the Nissan and comes in at 29 city/31 highway and 30 combined miles per gallon.

The LS can make the run from zero to 60 mph in 9.5 seconds. All models seat five passengers and have ample gear room in the rear cargo area. The towing capacity of the Trailblazer is 1,000 when properly equipped. 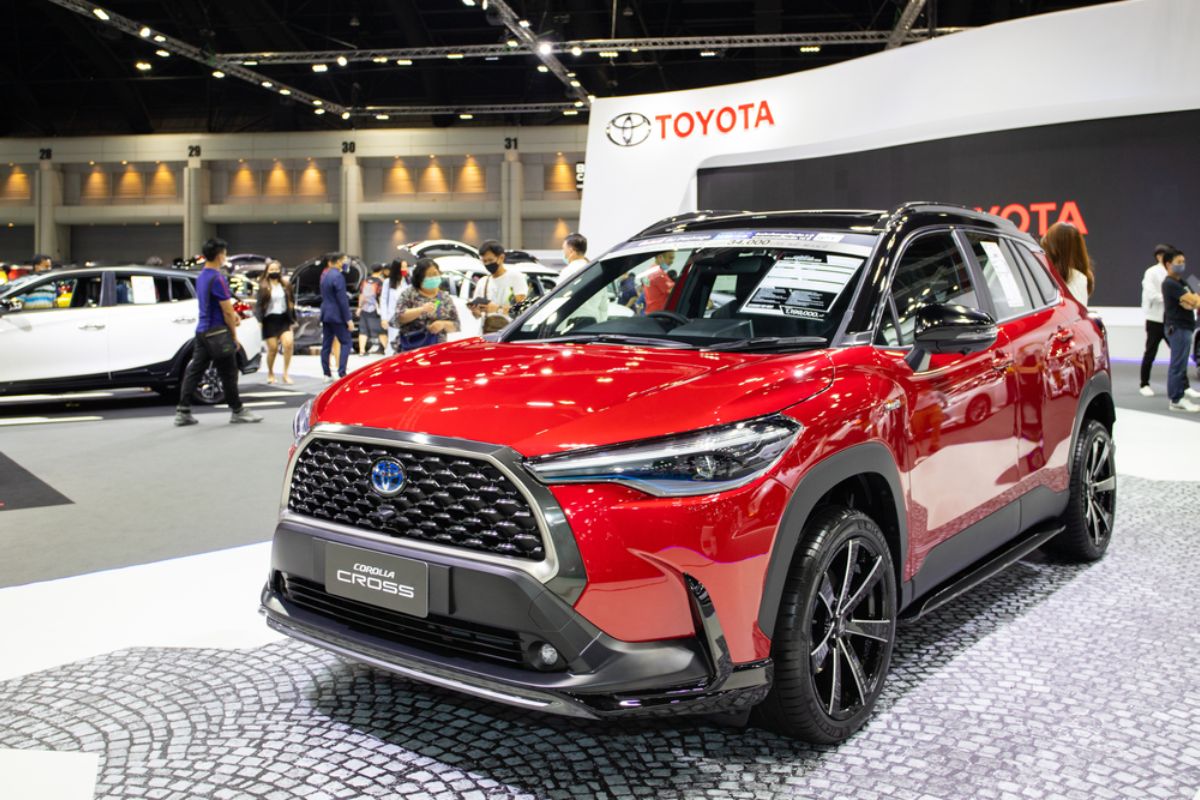 Fuel mileage is slightly lower than the Kicks, and the Toyota returns 31 city/33 highway and 32 combined miles per gallon.

Power for the Corolla Cross comes from a 2.0L 4-cylinder that produces 169 horsepower. The L and LE trim levels are front-wheel drive, and the XLE is all-wheel-drive, an option not offered on the Nissan Kicks. The towing capacity of the Corolla Cross is 1,500 pounds. 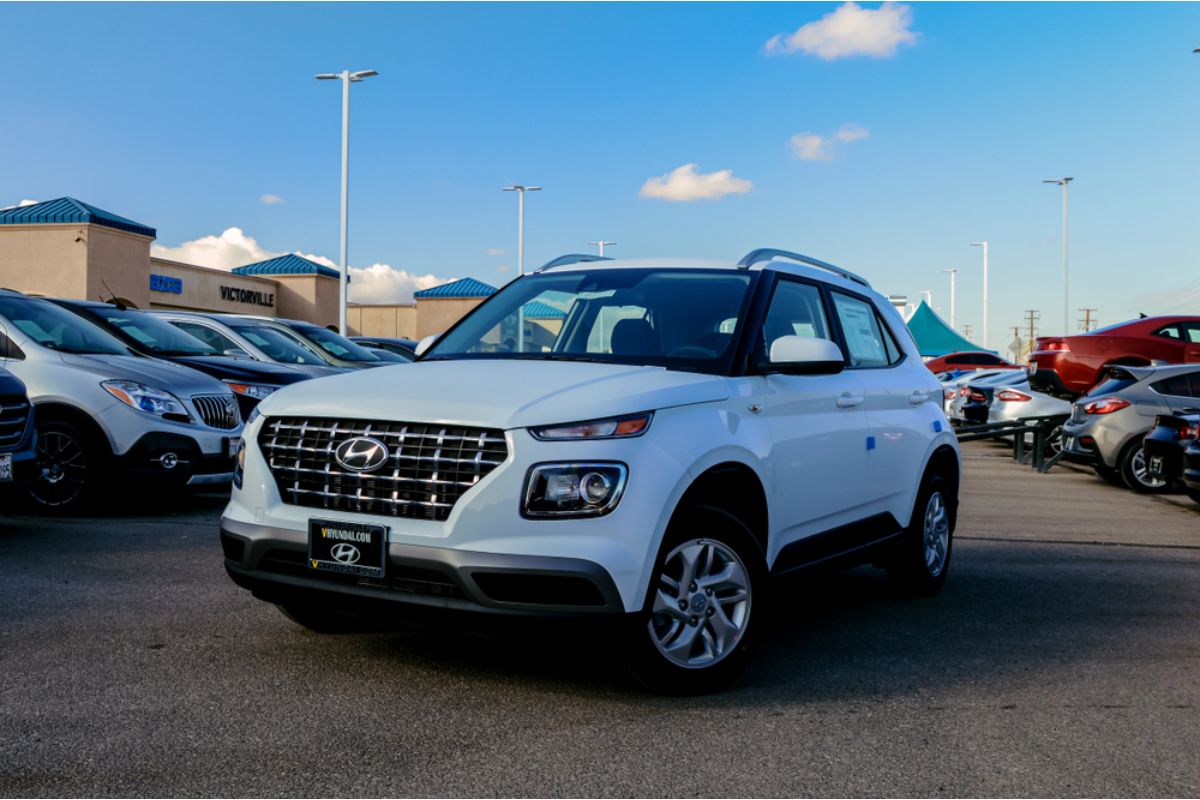 The Hyundai Venue is almost identical in size to the Kicks and is available in three trim levels. It has a starting MSRP of $19,000, putting the Venue’s price slightly lower than the Nissan Kicks. Fuel mileage is somewhat lower, and the Venue returns 29 city/33 highway and 31 combined miles per gallon.

Power for the Venue comes from a 1.6L 4-cylinder that produces 121 horsepower. It takes the Venue 9.8 seconds to make the run from zero to 60 mph. The Venue has seating for five, and the towing capacity is 1760 pounds.

The styling of the Venue is not quite as elegant as the Kicks, the Toyota Cross, or the Trailblazer. However, the price and features make it an excellent alternative to the Kicks.

Other cars that are similar to the Nissan Kicks

The compact crossover and SUV market is full of models, new and old. But, as sedans become rarer, these new five-passenger people haulers are taking their place. Some in the list are very similar to the Kicks, while others have features the Kicks cannot compete with. 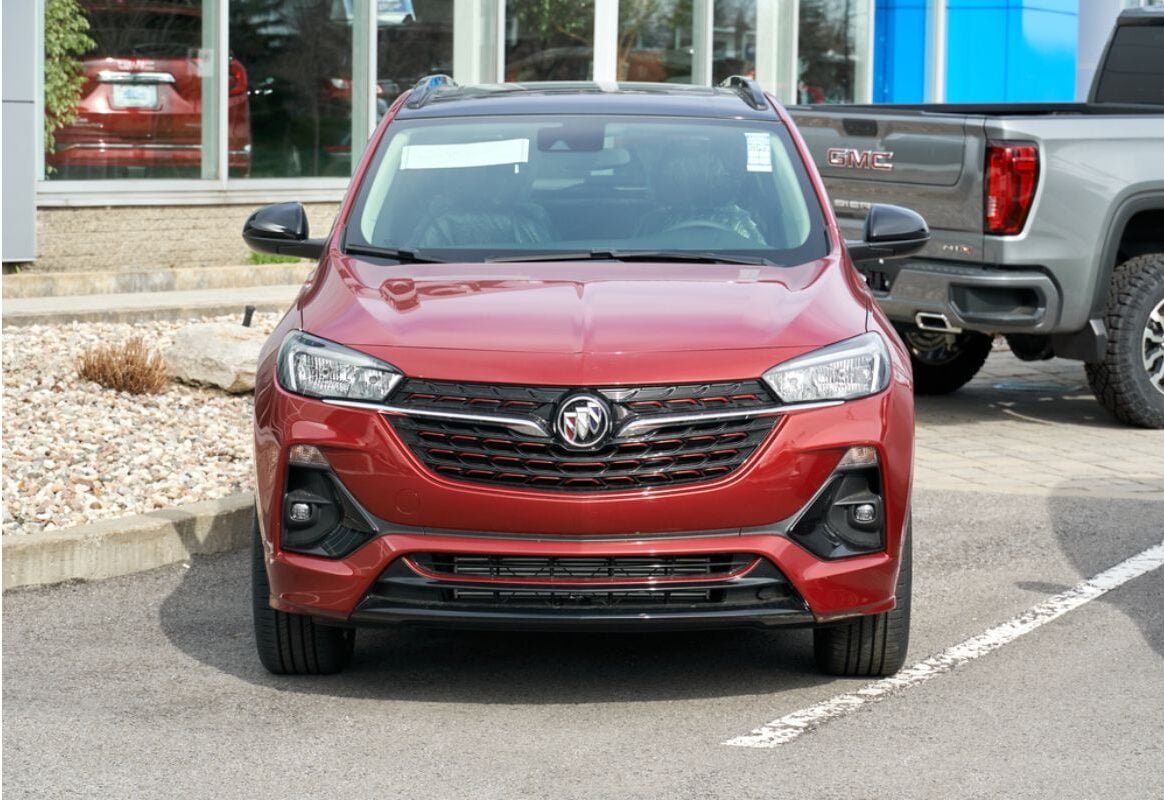 The Encore is another small crossover that seats five and has a starting MSRP of $24,600. A turbocharged 1.4L 4-cylinder producing 155 horsepower powers the Encore. The fuel mileage returned is 24 city/32 highway and 27 combined miles per gallon.

Very close in size and power to the Nissan Kicks, you get Buick’s luxury in the Encore, even though it is a small Ute. The Encore can make it from zero to 60 in 9 seconds. Not stellar, yet not the worst time on the list. This little Buick can tow up to 1,000 pounds. 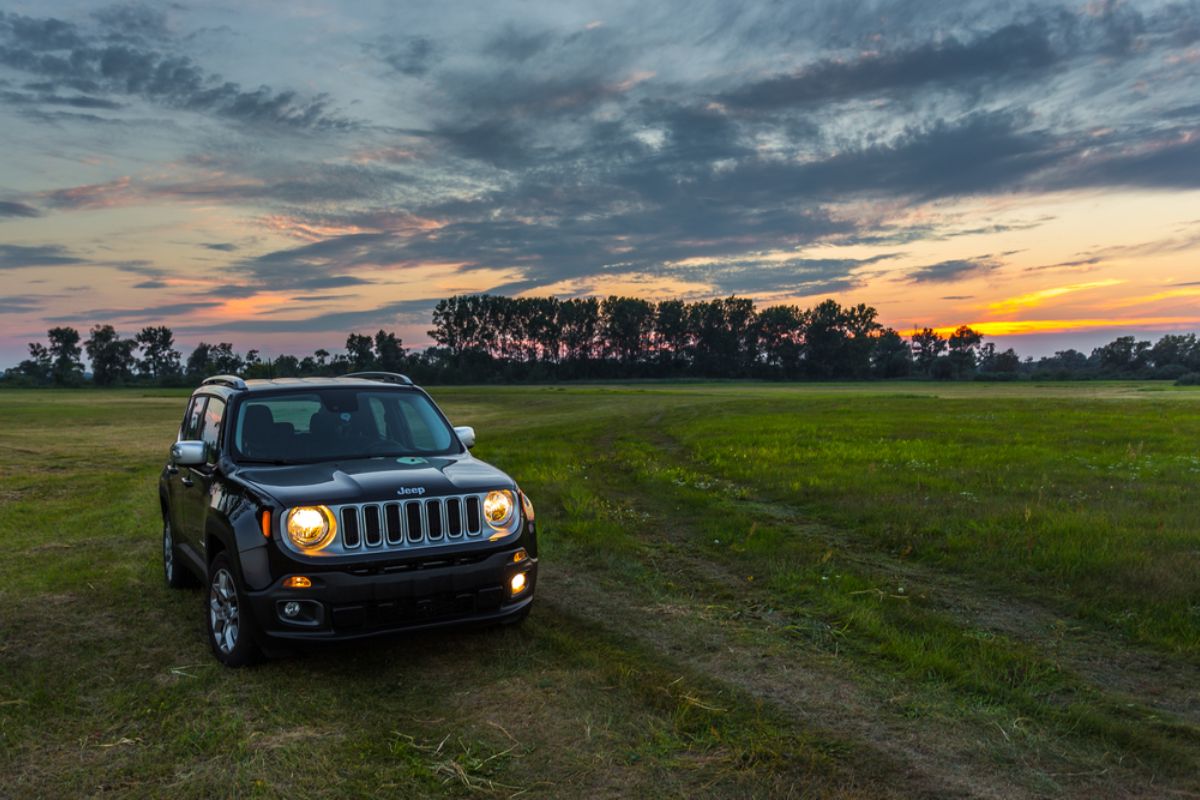 With a starting MSRP of $24,695, the Jeep Renegade is very similar to the Kicks. However, it has more power, and four-wheel drive is available.

A 1.3L 4-cylinder engine that produces 177 horsepower gives the Renegade fuel mileage of 24 City/32 highway and 27 combined miles per gallon.

The Jeep Renegade can tow up to 2,000 pounds when properly equipped. This small Jeep seats five. It has cargo storage behind the second-row seat and an available roof rack for the rest of your gear. The 0-60 mph time for the Renegade is 8.7 seconds. 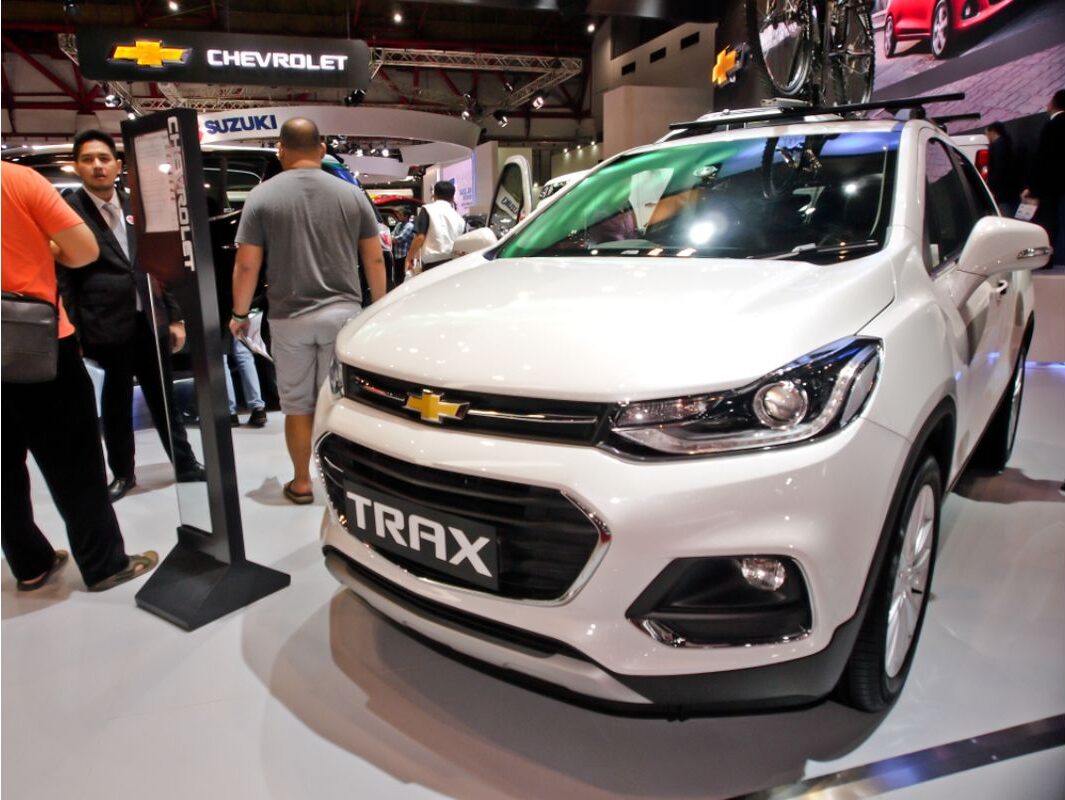 The starting MSRP of the Trax is $21,400, making it and the Trailblazer very close in price. Power for the Trax comes from a turbocharged 1.4L 4-cylinder that produces 155 horsepower.

Like the Trailblazer, it is available with an all-wheel-drive, which takes the starting MSRP to $23,215. The fuel mileage of the Trax is 24 city/32 highway and 27 combined miles per gallon.

The Chevrolet Trax seats five and has a towing capacity of 1263 pounds. The zero to 60 times for the Trax is 10.1seconds, which is a little on the slow side.

Available in four trim levels, the starting MSRP of the Fiat 500X Pop is $26,275. This is considerably higher than the price of the Kicks; however, the two cars are similar in size. However, like the Subaru, the Fiat 500X has an all-wheel-drive system standard on all 500X models.

The turbocharged 1.3L engine produces 177 horsepower, giving the 500X the power to take it from zero to 60 mph in 8.5 seconds. The Fiat has performance closely related to similar cars in this list.

The fuel mileage of the 500X is 24 city/30 highway and 26 combined miles per gallon. Seating in the Fiat is for five, with a towing capacity of 2000 pounds. 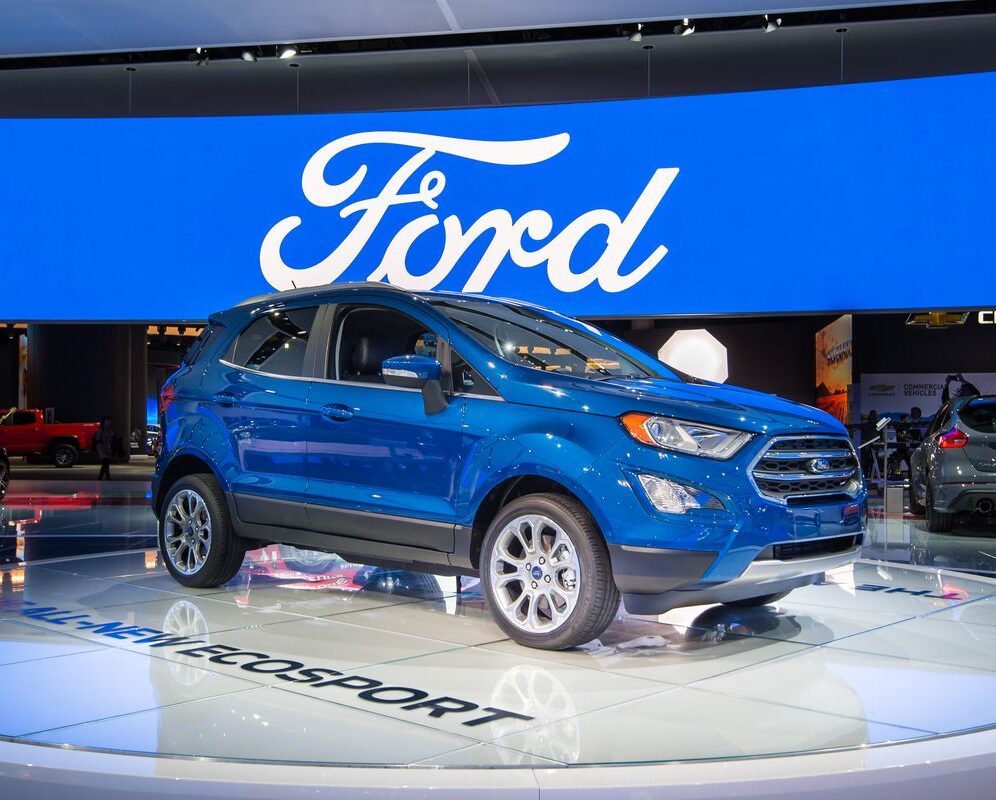 The EcoSport is another small crossover similar to the Nissan Kicks in size. The starting MSRP is $22,040 for the base EcoSport S.

The top trim level, the EcoSport Titanium, has a starting price of $28,385. Fuel mileage for the EcoSport is 23 city and 29 highway miles per hour.

Power for the EcoSport comes from a 2.0L 4-cylinder that produces 166 horsepower, giving it a zero to 60 time of 10.4 seconds, which is one of the slowest times for cars listed here. Four-wheel drive is a standard feature on the EcoSport, and it has a towing capacity of 2,000 pounds. 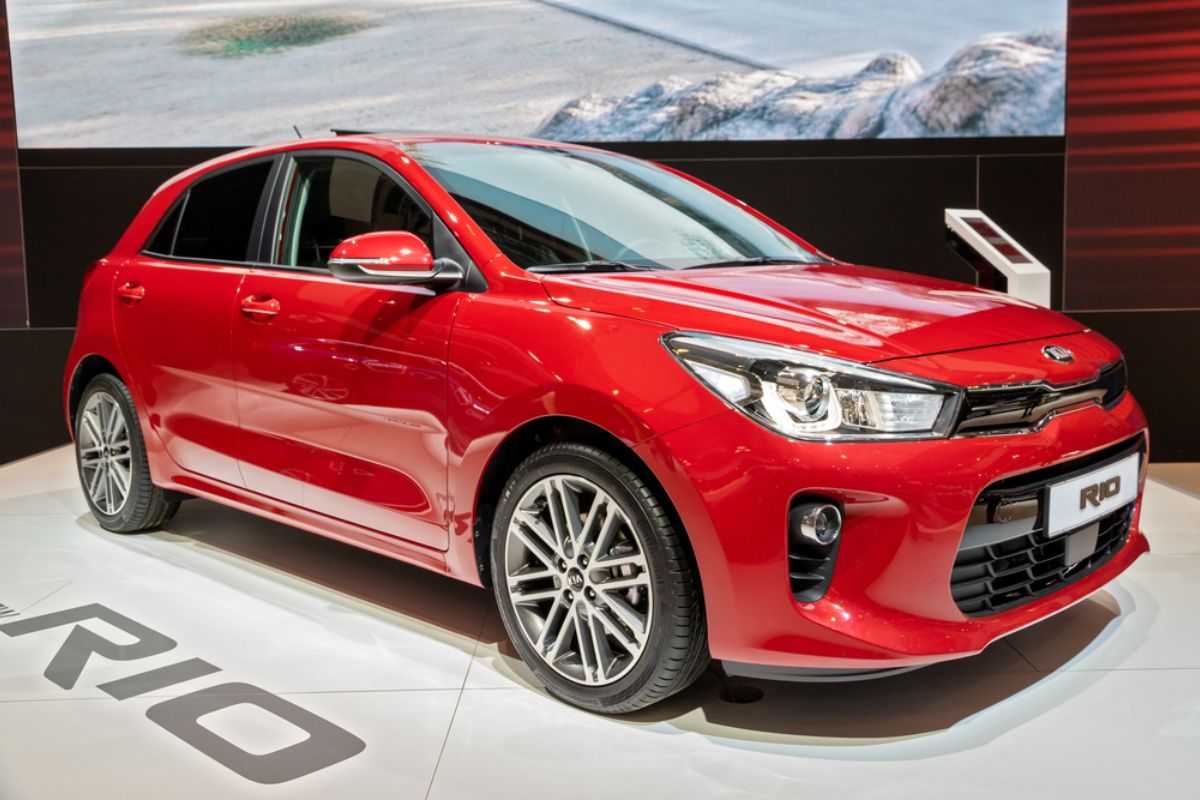 With a starting MSRP of $17,390, the Kia Rio is the lowest-priced car in this lineup. But don’t be fooled because it has plenty of features to put it in the running against the Kicks and other competitors.

Powered by a 1.6L 4-cylinder that produces 120 horsepower, the Rio can run from zero to 60 in 8.6 seconds. This feature alone puts it ahead of the similar Kicks.

However, the mileage of the Rio Hatchback is 33 city/41 highway and 36 combined miles per gallon. The Kio Rio can also tow up to 1,900 pounds for a trailer with brakes. 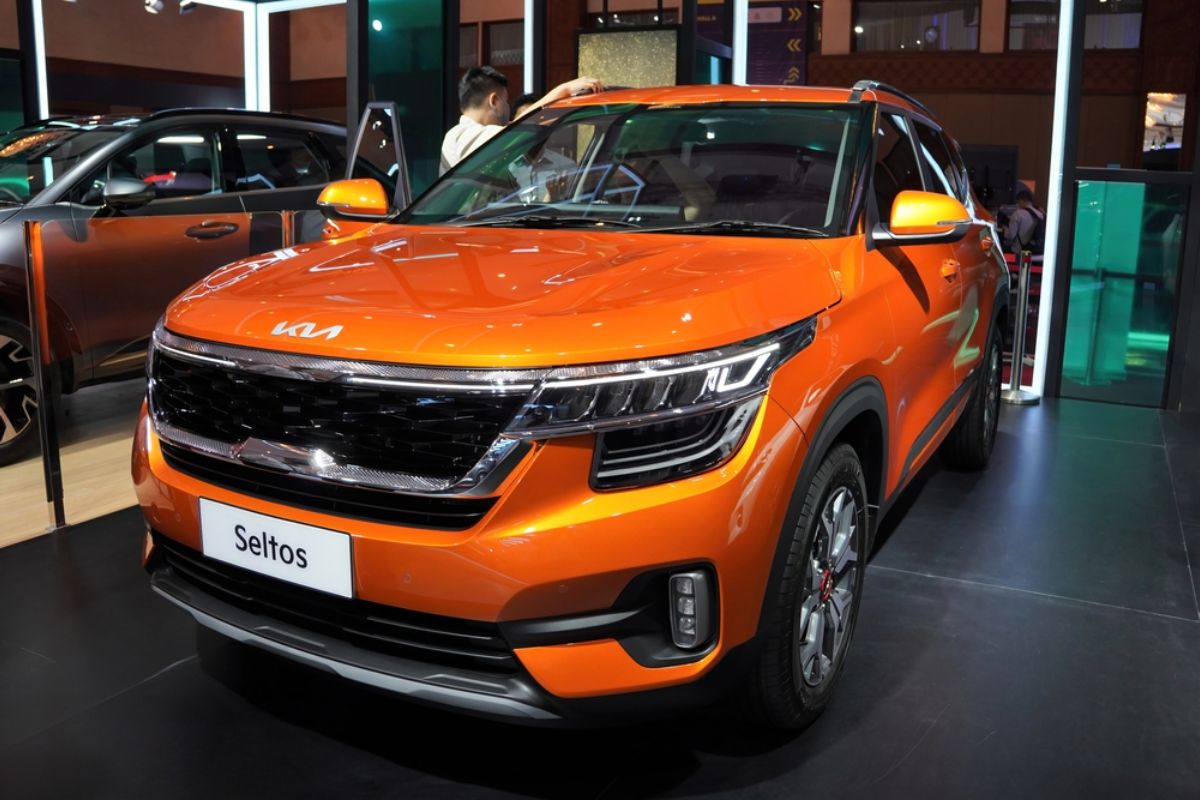 Available in five trim levels, the Seltos has a starting MSRP of $22,840 for the base LX, and on the upper-level Seltos SX, the starting MSRP is $28,340. As a result, you get a car close in size to the Kicks, with more power and the ability to tow.

Fuel mileage for the Seltos SX is 29 city and 35 highway miles per gallon. The Seltos is also a five-passenger car, and it can tow up to 2948 pounds when properly equipped. 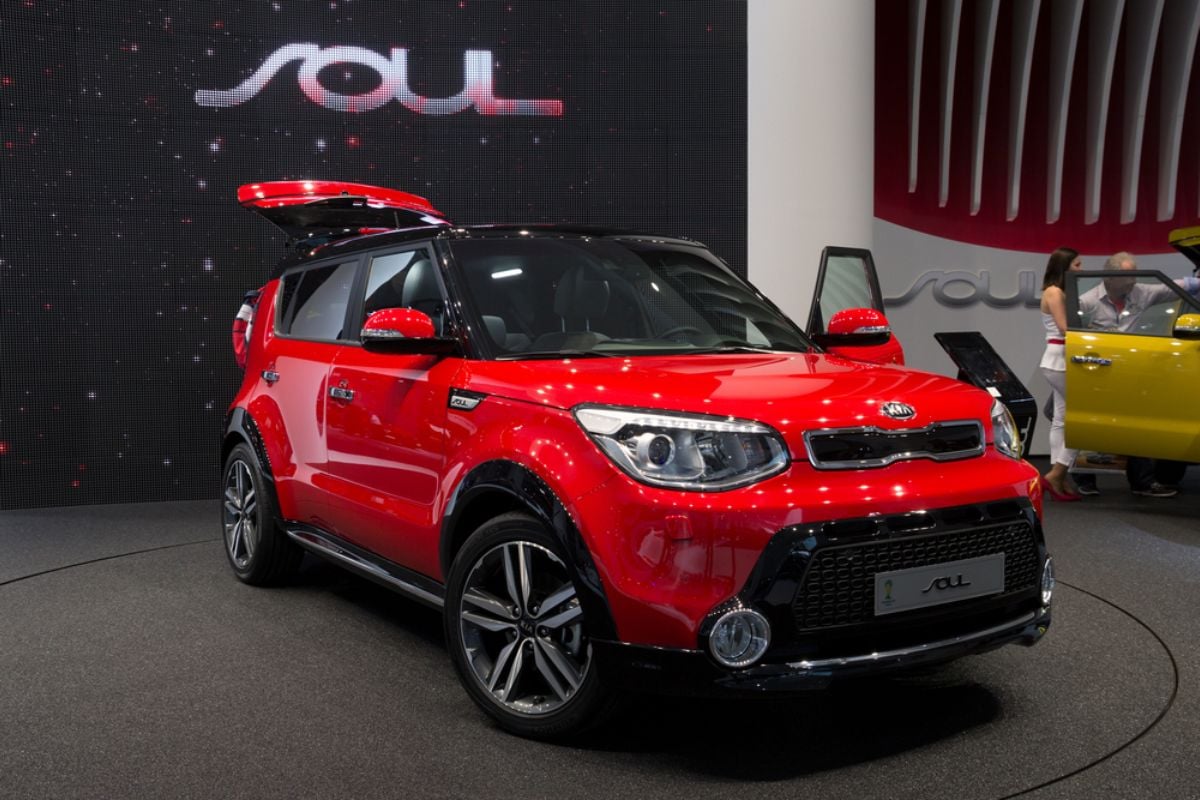 The Kia Soul is similar in price to the Kicks, and they both have room for five passengers. Available in six trim levels, the starting MSRP for the Soul LX is $19,290. The Soul Turbo is at the other end of the spectrum, with a starting MSRP of $27,890.

Fuel mileage for the LX is 28 city/33 highway and 30 combined miles per gallon. The towing capacity of the Soul is 1,150 pounds, which is enough for a small boat or camper. 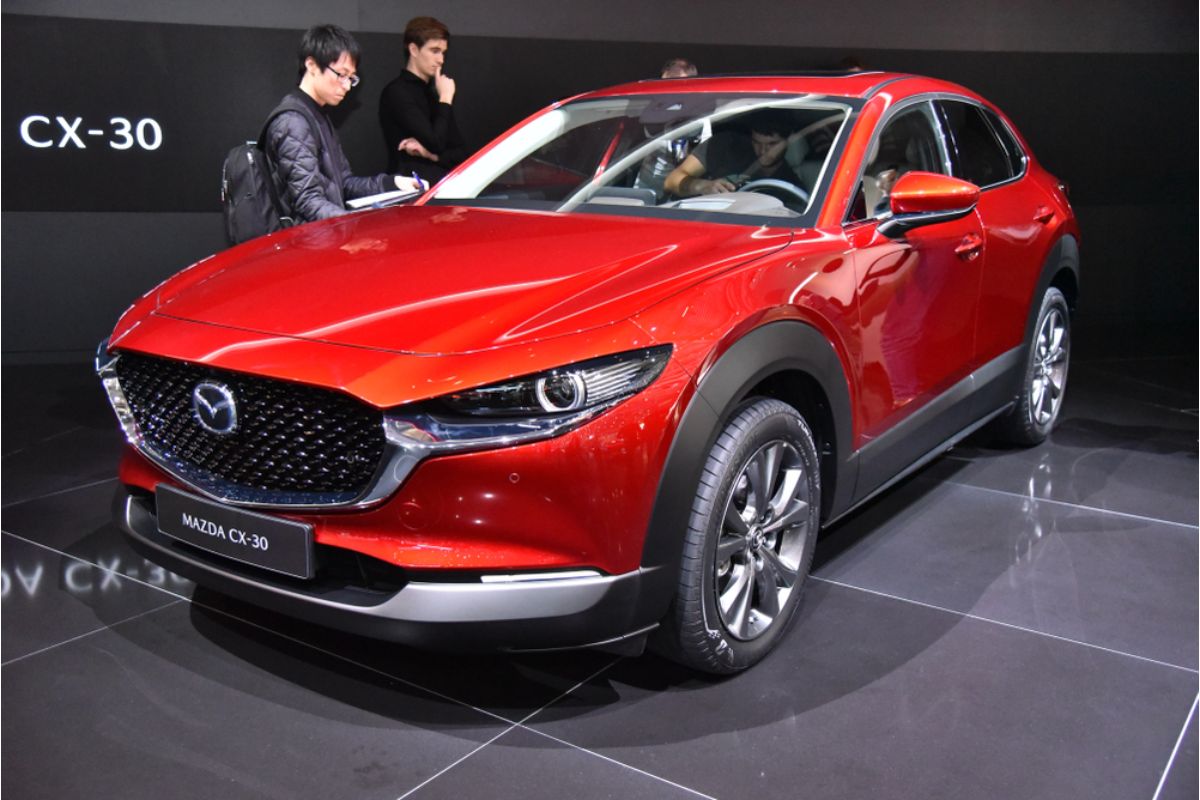 With eight trim levels, the starting MSRP of the Mazda CX-30 is $22,500 and goes to $34,700 for the 2.5 Turbo Premium Plus. However, it has a lot more engine, even though it is almost the same size and has the same five-passenger seating as the Kicks.

These are lower mileage numbers than the similar Nissan Kicks. However, the Mazda CX-30 can tow 2,000 pounds, and the Kicks cannot. 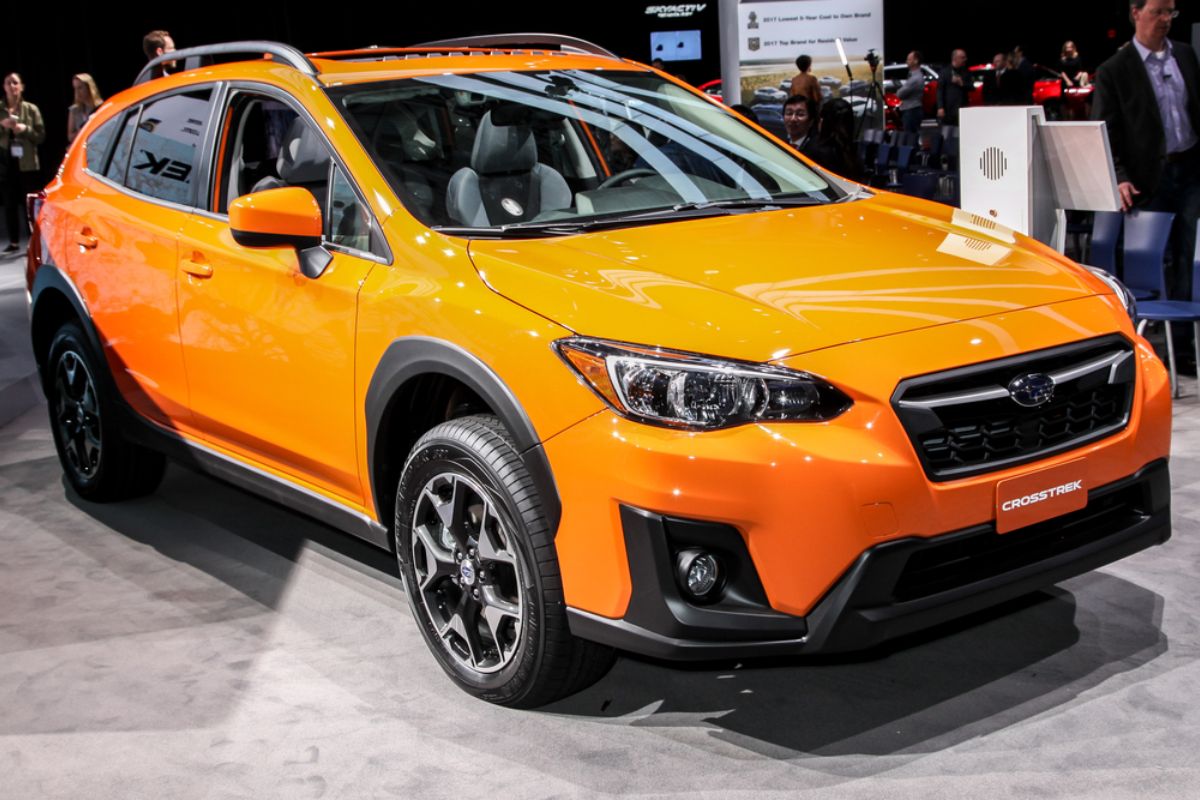 Although more expensive than the Kicks, the Subaru Crosstrek has more of a crossover appearance than the Impreza.

Power for the Crosstrek Base and Premium is a 2.0L 4-cylinder Subaru Boxer engine that produces 152 horsepower. With this engine, the Crosstrek returns 28 city and 33 highway miles per gallon.

For the following two trim levels, the Crosstrek is powered by a 2.5L Subaru Boxer engine that produces 182 horsepower. Finally, the fifth trim level, the Crosstrek Hybrid, uses the 2.0L engine along with electric motors.

The Crosstrek will run from zero to 60 in 7.8 seconds, which is one of the fastest times of cars on this list. In addition, the towing capacity of the Crosstrek is 1500 pounds, which is enough for pulling a small trailer, boat, or camper. 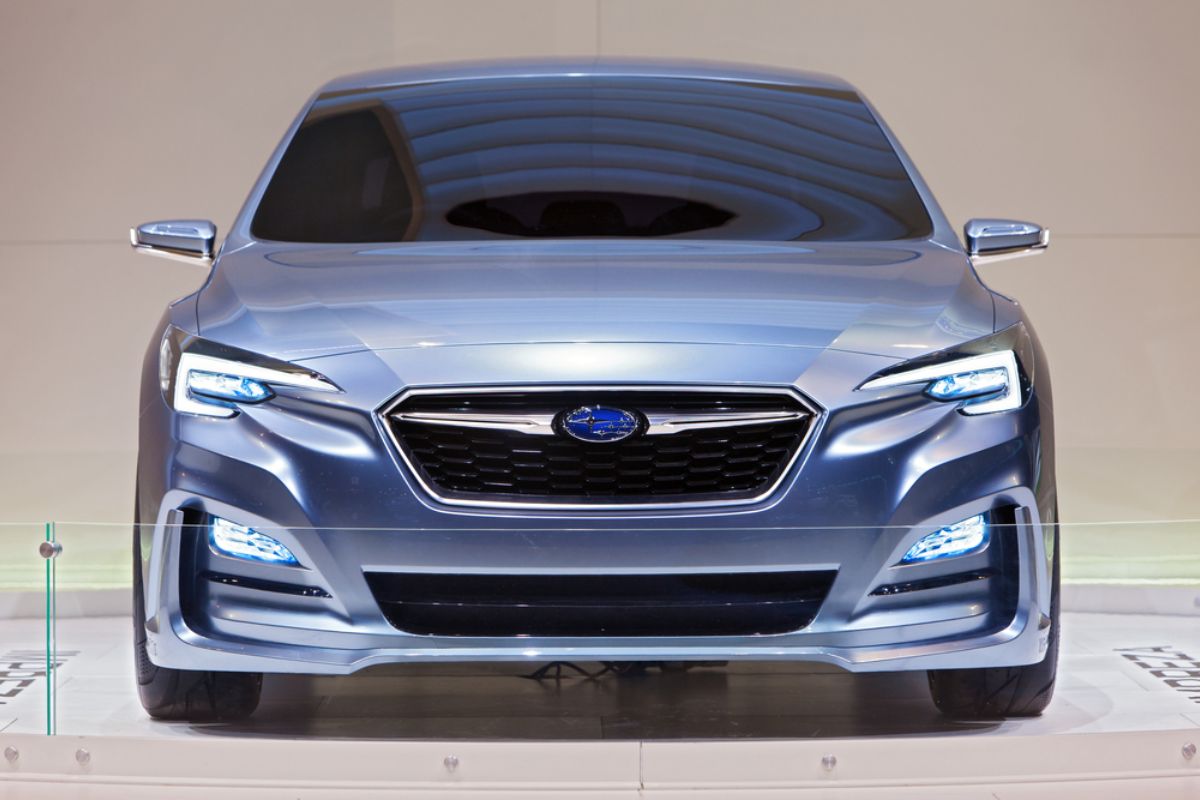 The Impreza is available as a hatchback or a sedan. Either way you go, all-wheel drive is a standard feature on all Subaru vehicles.

Power for the Impreza comes from a 4-cylinder Subaru Boxer engine that produces 152 horsepower and returns 23 city and 31 highway miles per gallon. 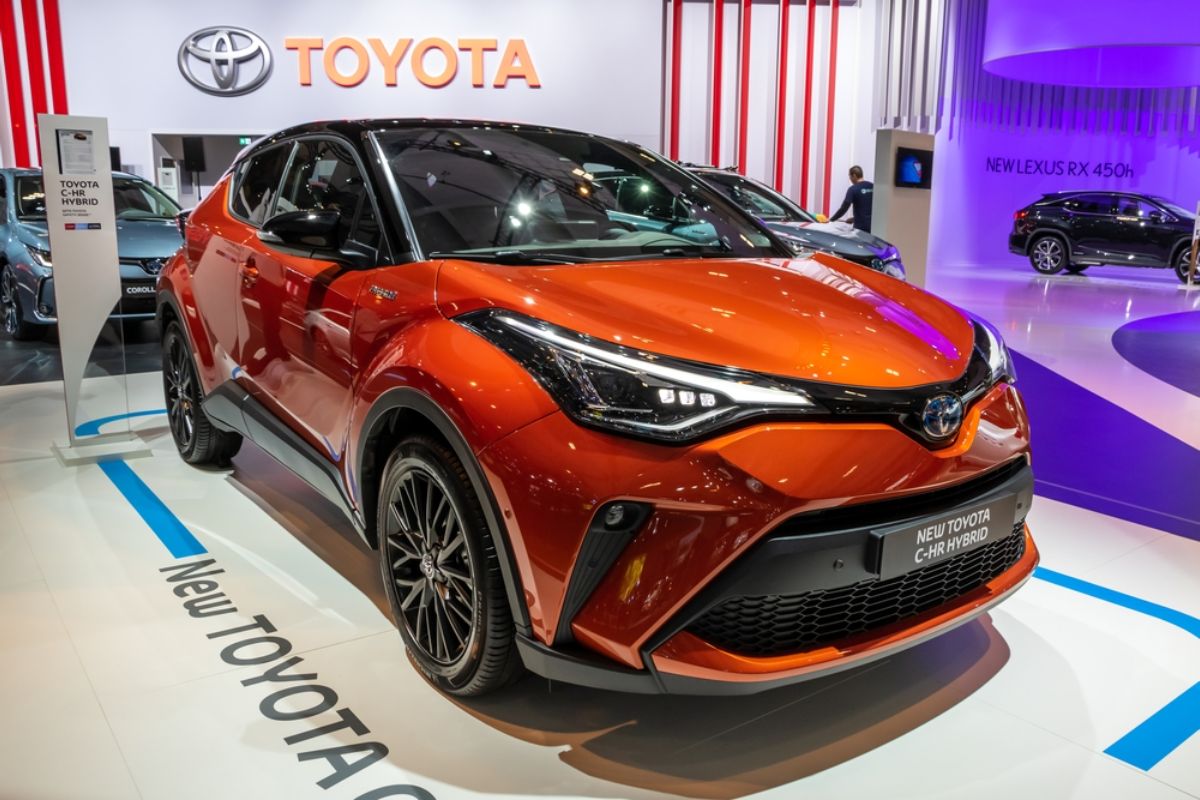 The Toyota C-HR and the Kicks came to market in 2016. The C-HR is also a sub-compact SUV that seats five, and the starting MSRP is $24,130. It has a more sculpted appearance than the Kicks and a more powerful engine.

The engine of the C-HR is a 2.0L 4-cylinder that produces 144 horsepower. Although it is more grunt than the Kicks, it runs from 0-60 mph in a leisurely 10.5 seconds. The fuel mileage of the C-HR is 27 city/31 highway and 29 combined miles per gallon.

Like the Kicks, the C-HR has no posted towing weights, so if it is a tow vehicle you need for your Jon boat or camper, you will need to choose another car. 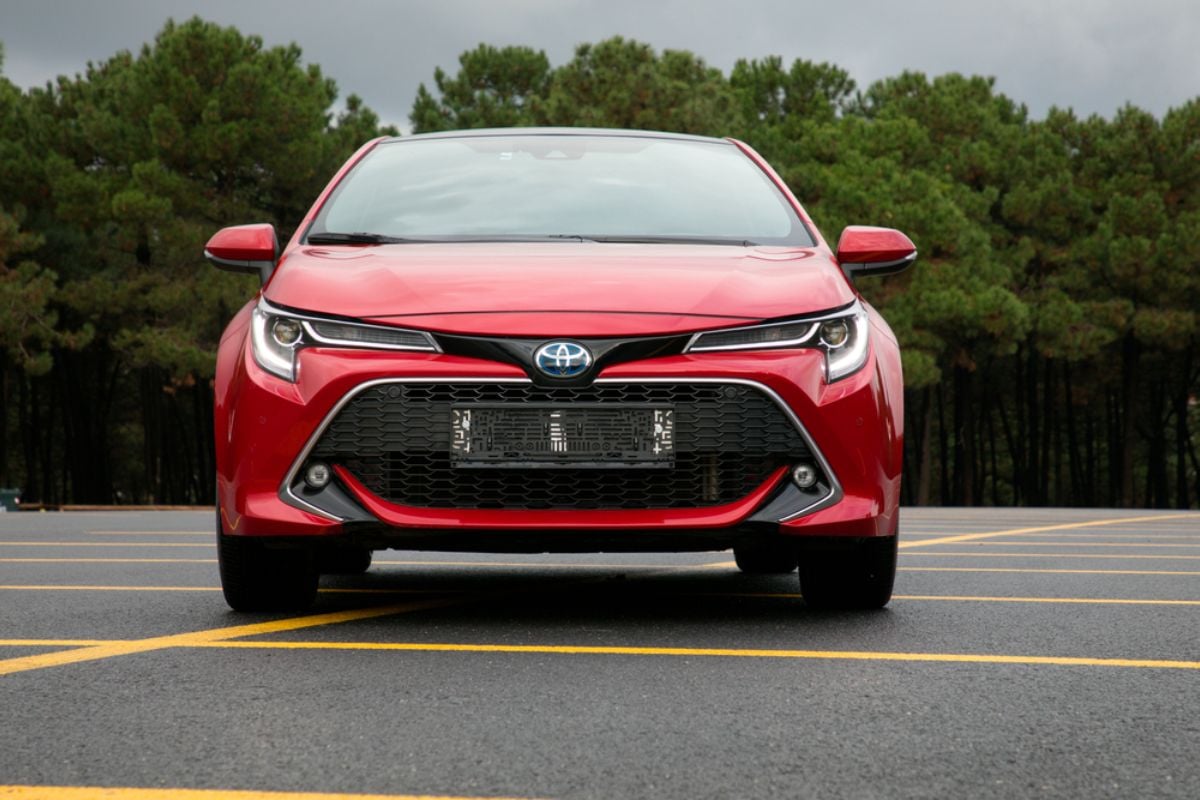 Of the two, the C-HR or the new Toyota Corolla hatchback, I vote for the hatchback because I like its appearance better. It does not have all of the oddly jutting angles that the C-HR has. With a starting MSRP of $21,165, its price is more in line with its sibling than the Kicks.

Fuel mileage, however, is better than the Kicks even though the Corolla Hatch has more power. The estimated fuel mileage of the Toyota Corolla hatchback is 32 city/41 highway and 35 combined miles per gallon.

Even with a slightly higher price than the Nissan, the Corolla Hatchback offers more. It is powered by a 2.0L 4-cylinder that develops 168 horsepower, which will propel the Toyota Hatch from 0-60 mph in 7.55 seconds. In addition, the towing capacity of the Corolla hatchback is 1,500 pounds. 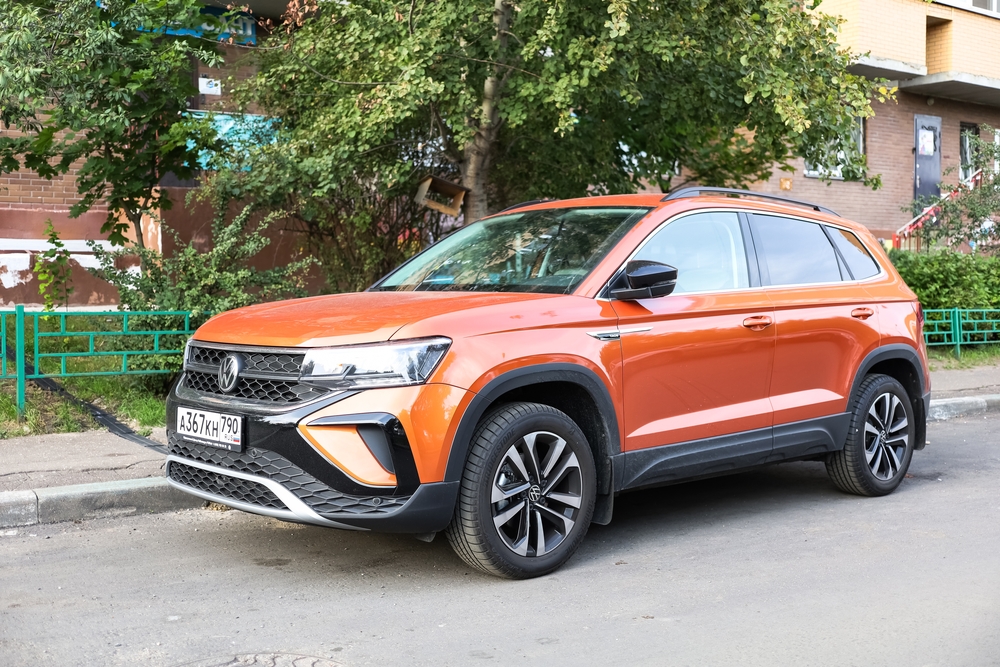 Powered by a turbocharged 1.5L 4-cylinder that produces 158 horsepower, the Taos fuel mileage is 28 city and 36 highway miles per gallon.

The Volkswagen Taos has seating for five and has a towing capacity of 5,000 pounds, which is more than any other car on this list.