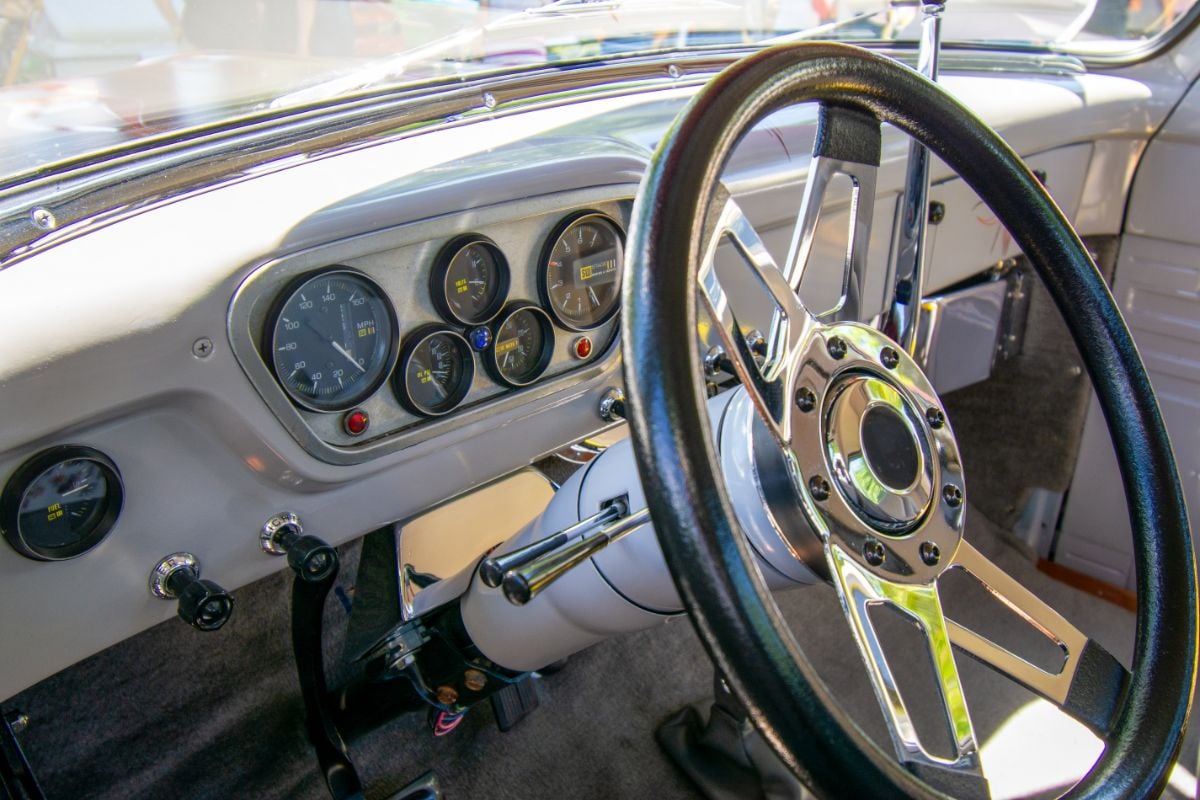 You bet. It’s done electrically, and drivers should be grateful for it. If you’ve ever driven an older car, and I’m talking late ‘60s to the early ‘70s, then you know what having your arms sore enough to fall off feels like. My mom’s ‘68 Dodge Monaco felt like I was driving a Sherman tank when I tried to make a turn or park. I quickly learned where to put power steering fluid in her car.

However, power steering in older models differs wildly from power steering in newer cars. You have to understand how it works in both types of cars to grasp the nuances of EVs. Get comfortable and grab a coffee while we go to car school.

What Is The Basis Of Power Steering? I Only Know I Put Fluid In And I Can Steer My Car 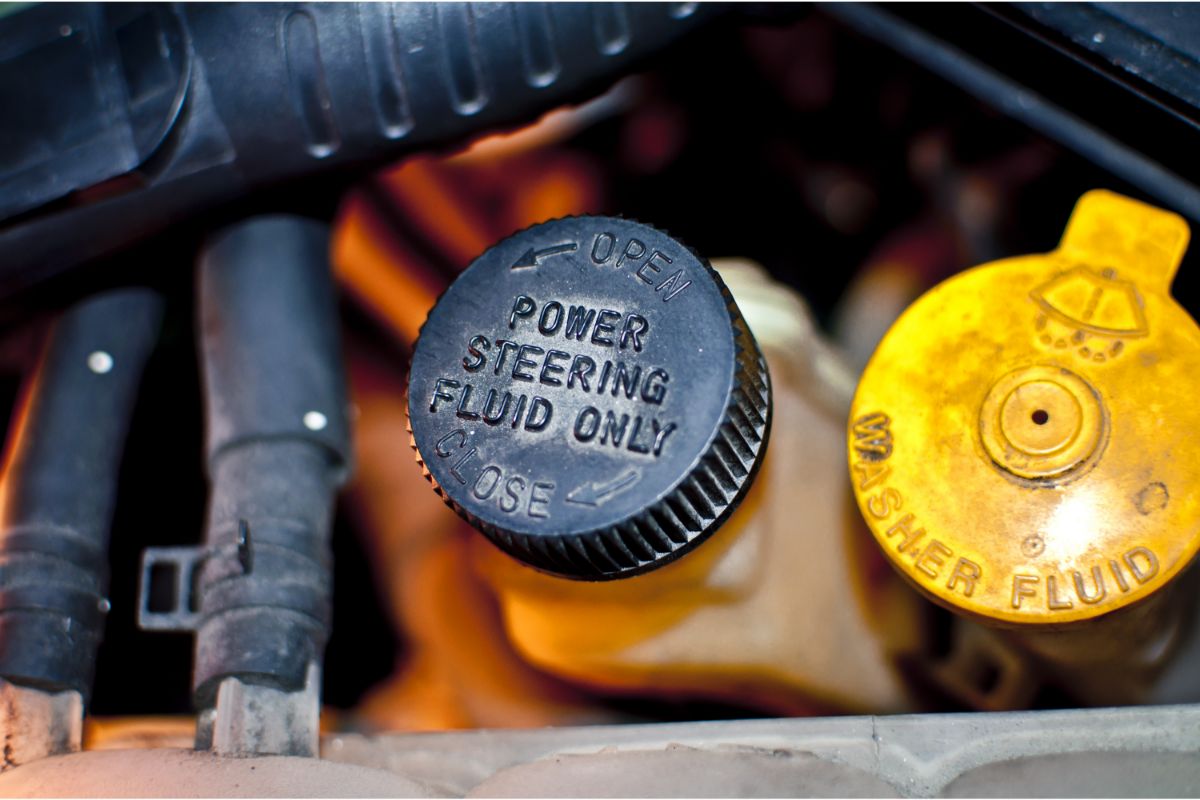 The steering wheels determine in which direction the front wheels of a car will go. Turn the steering wheel, and the car turns left or right. Turn it the same way, and you park the car in a parking space. In a gas-powered vehicle, there are two types of power steering: hydraulic and electrical.

Hydraulics Are For Lifts In A Garage. What Does Hydraulic Mean In A Car’s Power Steering?

It’s the same principle. It’s about the pressure put on something to produce a result. In one case, raising a car on a lift. In another case, the hydraulic pump is attached to and operated by the motor in a car. The pressurized hydraulic fluid provides force to the whole steering apparatus. This is then applied to the steering gear wheel that turns the wheels of a car.

How Is A Gas-Powered Car Steered Electrically? 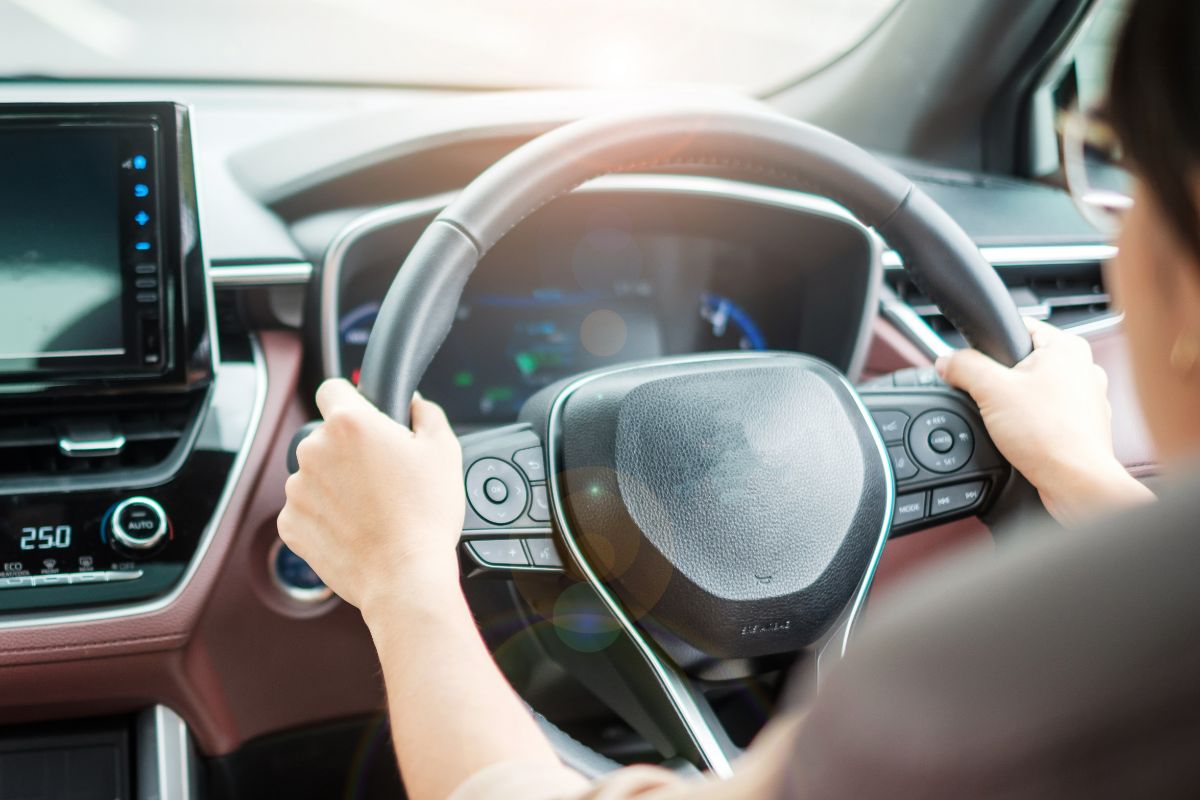 Okay, put down your coffee, because this could be a bit involved. The steering wheel is attached to the shaft that turns the wheels. On this shaft is an electric motor (it’s there on higher-end cars and sports cars.) In other cars, it’s located on the steering column. Sensors tell the car’s computer how much effort you’re making to turn the steering wheel and thus, the wheels of the car.

Both systems turn the wheels of a car. Both use something to kick the systems into action: hydraulic pressure or electrical stimulation. Electric cars, though, have no machinery under the hood to make either of these things necessary to turn the wheels. How do they do it?

I Know EVs Are Electric, But How Does The Power Steering Work?

How Batteries Aid In The Power Steering Of An EV 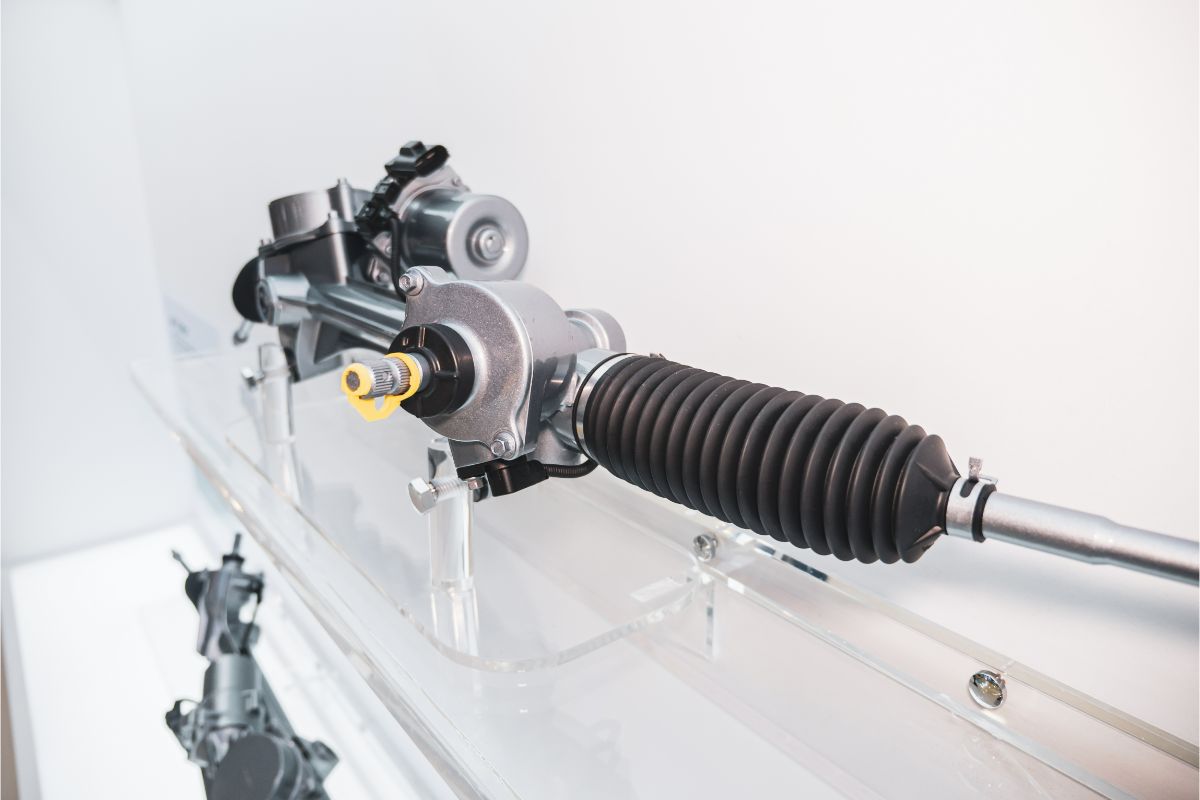 You might want to grab another coffee because we’re going to be talking science. The power steering is electrically operated. Any battery puts out DC or direct current. The wheels, though, need the rotational force of the DC is converted to AC or alternate current. Now the EV’s electric motor kicks in.

It Sounds Odd That A Car Needs Magnets, But Electric Car Power Steering Won’t Work Without Them

There is no hydraulics to generate pressure to spin the wheels. Instead, two magnets inside the motor convert the direct current to an alternate current to spin the wheels. They are charged in such a manner that their polarity is the same, so each repels the other. They push away from each other, meaning that the force with which they do so turns the shaft that operates the wheels.

The snag to that is that the magnets have to be constantly repelling each other or their polarity will continue to change. If this change didn’t happen, the polarity of the magnets would remain the same. This would mean no motion in the shaft, no turning wheels, and the car would be stopped dead on the road.

How Can This Be Fixed?

To avoid this calamity, an inverter is used to flip-flop the polarity of the magnets. The inverter does this to the tune of 60 flip-flops per second. The driver stomps on the “gas,” and the polarity flips at a greater rate, moving the car forward (on spinning wheels) faster and faster.

A separate converter is used for a direct current that doesn’t have to be flipped into an alternate current. This is used for air conditioning, radio, and other functions.

Why Don’t EVs Need Power Steering Fluid Like Other Cars? 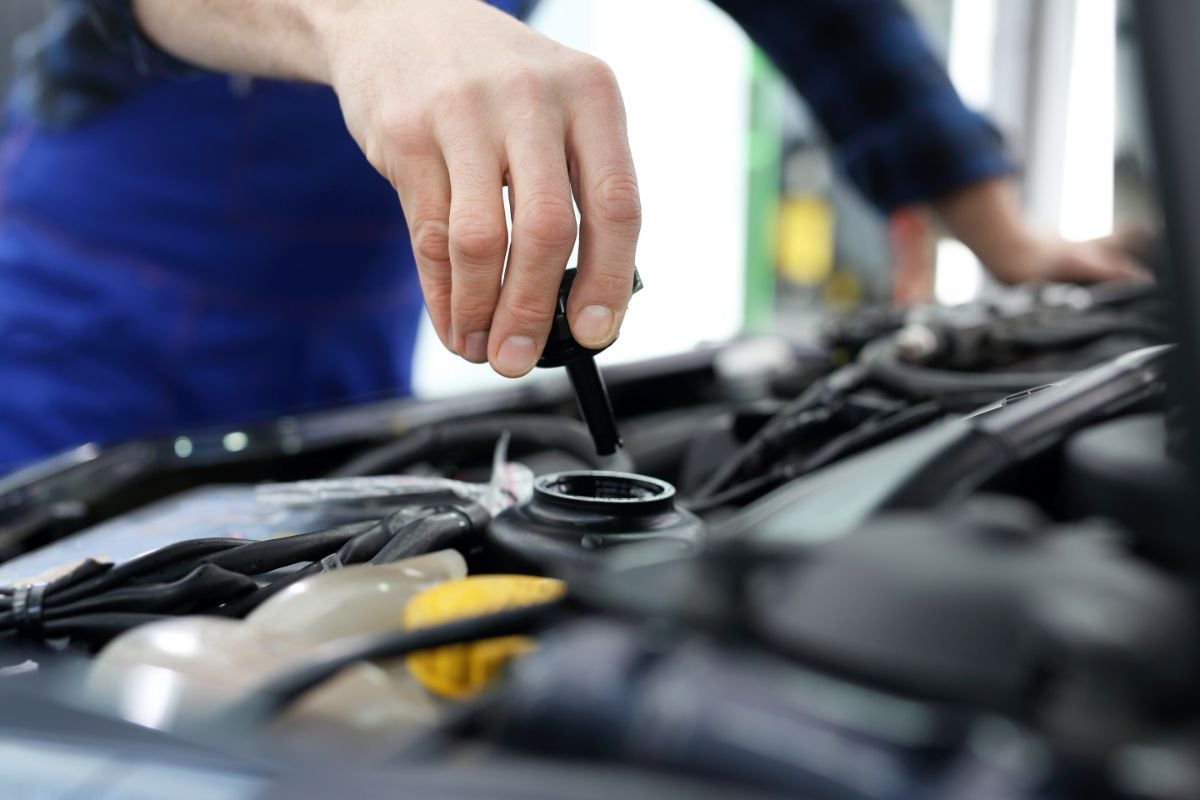 Is There A Difference Between Electronic And Electric Power Steering?

Absolutely. You’ll only find electronic power steering in gas-powered cars. The terms can’t be used interchangeably, though, due to the fact that the premise behind each is radically different. For example, you’ve read above how the electricity stored in electric cars operates the power steering.

Electronic power steering involves something called rack and pinion, the motor, reduction gear, the torque sensor, and a module. The module gains intelligence from all over the car, especially the traction control network of the car along with the pressure put on the steering wheel. The module then sends this information to the motor, where the electronic assist will dial up or dial down the rotation of the wheels. 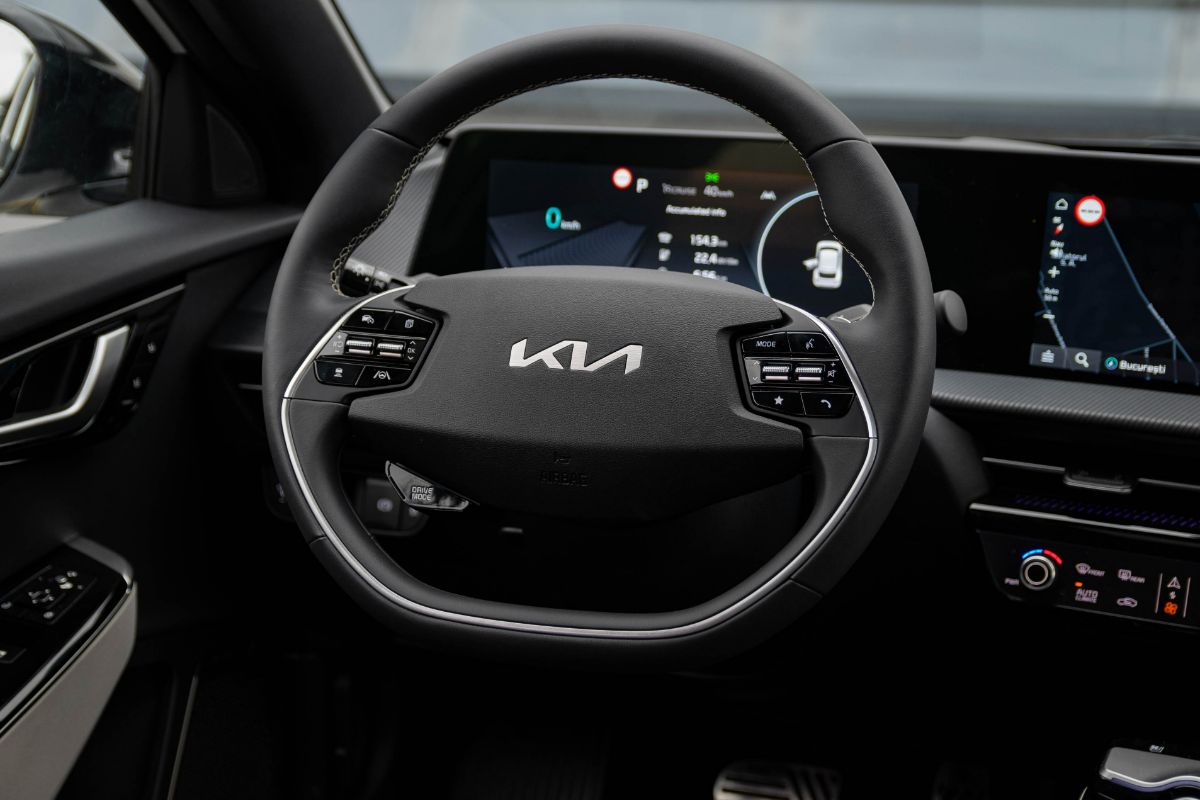 What Happens If Your Electronic Power Steering Fails?

With electronic power steering, the wiring, electrical parts, the sensor, or any of the fuses and wiring could fail. You’ll know it’s failed when the steering suddenly becomes a beast to perform. Hit your emergency flashers, get the car safely to the side of the road, and call for it to be towed to a garage for repairs.

What About EV Power Steering? Can It Fail?

Yes, but it’s rare. The electric motors on the axles and dirt and water splashing up into the electric vehicle can cause system failures. Another part that can fail is the electric power steering board. This gets the information to the motor turning the wheels. In any case, get the car safely off the road and call for help. Driving an EV with burned-out parts is more expensive to repair.

Can I Drive An EV Without Power Steering?

While a gas-powered car can be driven by man-handling the steering wheel, the car is, technically, drivable. An EV, though, is still drivable if the sensor fails, because it’s just a sensor. Make very sure you turn it off so it doesn’t turn itself on randomly and cause an accident.

Driving without the electric power steering or EPS board is dangerous. A shorted out or otherwise damaged board will affect other parts of the vehicle, so get it off the road immediately and safely.

A fuse is used in anything that has wiring that might suffer power surges. The fuse protects the component the wiring goes to from being hit with an overload of power. The electrical circuits, battery packs, motors, inverters, and more need specially made fuses to prevent an expensive burn-out of the component it’s protecting. Electric power steering or EPS is protected by a fuse.