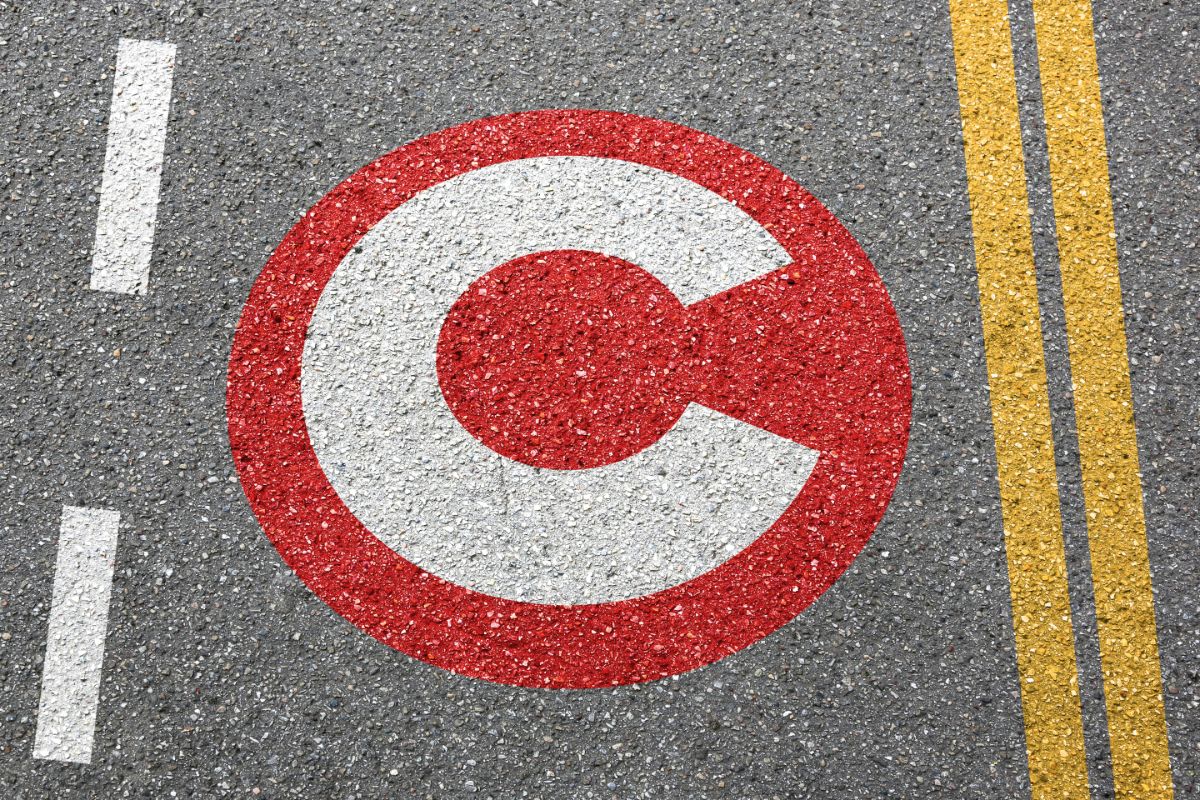 Drivers of electric vehicles can rejoice: they no longer have to pay the London congestion fee. You can get a whole refund if you drive a zero-emission car and fill out the paperwork for the Cleaner Vehicle Discount.

Meanwhile, vehicles with reduced emissions (less than 75g/km of CO2) and greater than 20 miles of range on electric power were exempt from the congestion charge until 2021. However, the laws have changed since then, and the exemption is now only available for 100% EVs.

This guide covers all aspects of congestion charges, from the fees involved and when they apply to the vehicles that are excluded from the fee structure.

Do EVs Have to Pay a Congestion Charge?

EV drivers can breeze through the city with no worries about paying congestion charges. Anyone who’s already paid can expect to claim full reimbursement. To avoid the charges, it’s important to fill out the Cleaner Vehicle Discount form.

What Is A Congestion Charge? 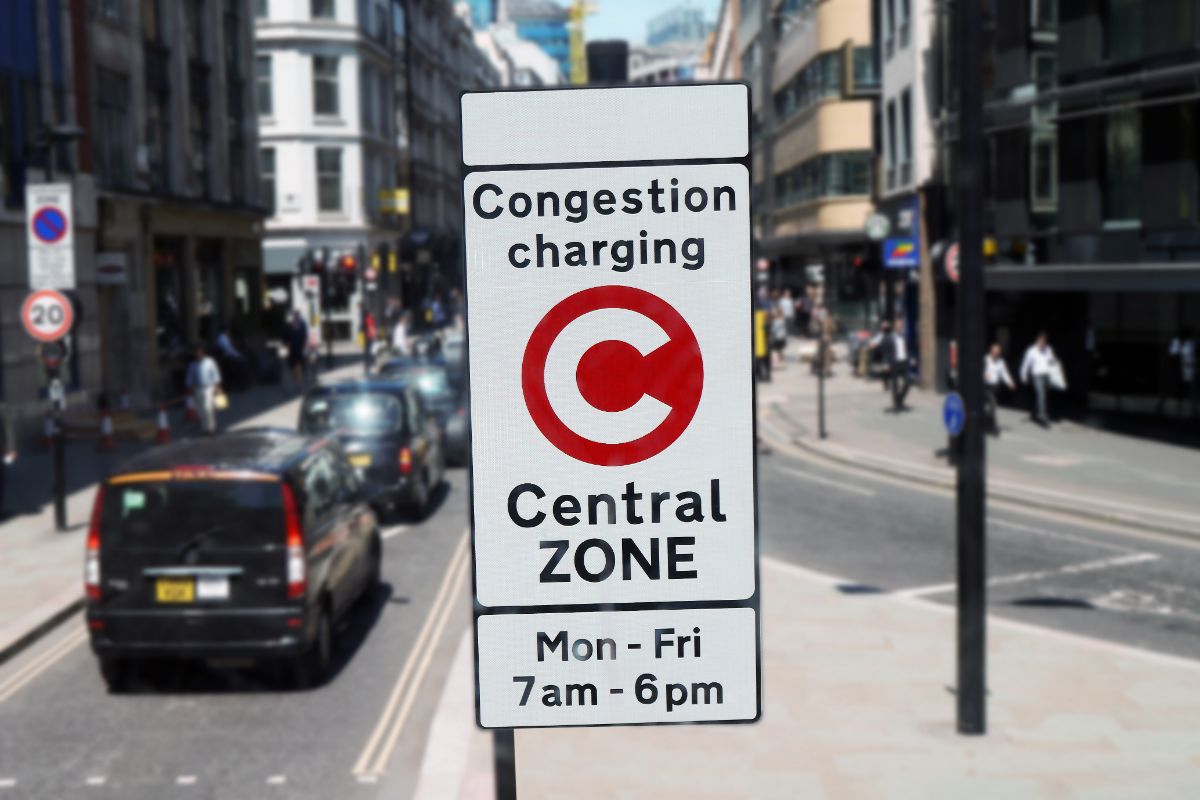 During the hours of 7:00-18:00, Monday through Friday, and 12:00-18:00, Saturday, Sunday, and bank holidays, drivers entering central London inside the Congestion Fee zone are subject to a daily charge of £15 known as the congestion charge. Between December 25th and January 1st, there will be no fees (inclusive).

In 1964, the UK government looked into the possibility of implementing a congestion charge to alleviate traffic issues in the city center. Transport for London monitors and controls the program (TfL). The Ultra-Low Emission Zone (ULEZ) regulates a bigger region.

In a zone with a congestion fee, your attention must be undivided. Even a brief visit to a congestion charge zone will incur a fee, and failing to pay might result in a £130 punishment.

When Was the Congestion Charge Introduced?

London’s first mayor, Ken Livingstone, instituted the congestion fee in 2003. The plan was to implement a flat rate for using certain central London roads between the hours of 7 a.m. and 6 p.m.

How Can I Tell If I’m in a Congestion Charge Area? 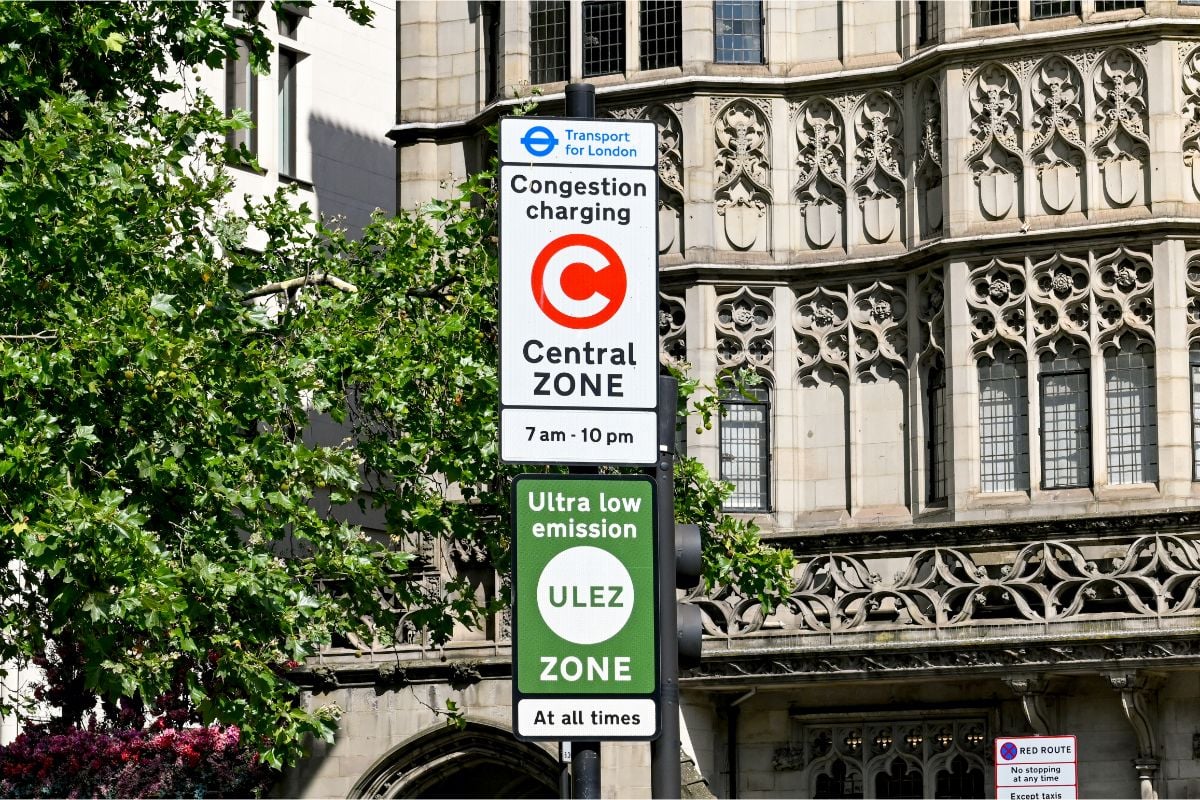 If you’re driving in London, keep an eye out for signs that say “Congestion Charge” and feature a white “C” inside a red circle.

After being temporarily halted in early 2020 due to the Covid lockdown, the fee was reinstated in June of that year at a daily rate of £15 and with longer hours of operation. The Congestion Charge has been in effect between midday and six o’clock in the evening on weekends and holidays from February 2022.

Only zero-emission vehicles are now exempt from the Congestion Charge, up from the prior threshold of low-emission vehicles. But that exception for existing policies will end in December 2025, so act quickly if you want to take advantage of it. Please note that vehicles that qualify for an exemption from the levy must still register with Transport for London in advance to avoid payment (TfL).

Is There Any Other Exception to This Rule?

If you are a resident of the Congestion Charge Zone and you apply for the 90% Resident’s Discount through Transport for London, you will only have to pay £1.50 per day to drive in the Congestion Charge Zone. You must provide proof that you are a legal resident of the state and that you are the vehicle’s owner, registered keeper, or authorized driver.

To maintain the discount, locals must pay £10 per year. Congestion Charge exemptions are available to Blue Badge holders. To be exempt from congestion charging, a Blue Badge holder must first register their vehicle(s) with TfL (up to two per badge).

Are There Other Low Emission Areas? 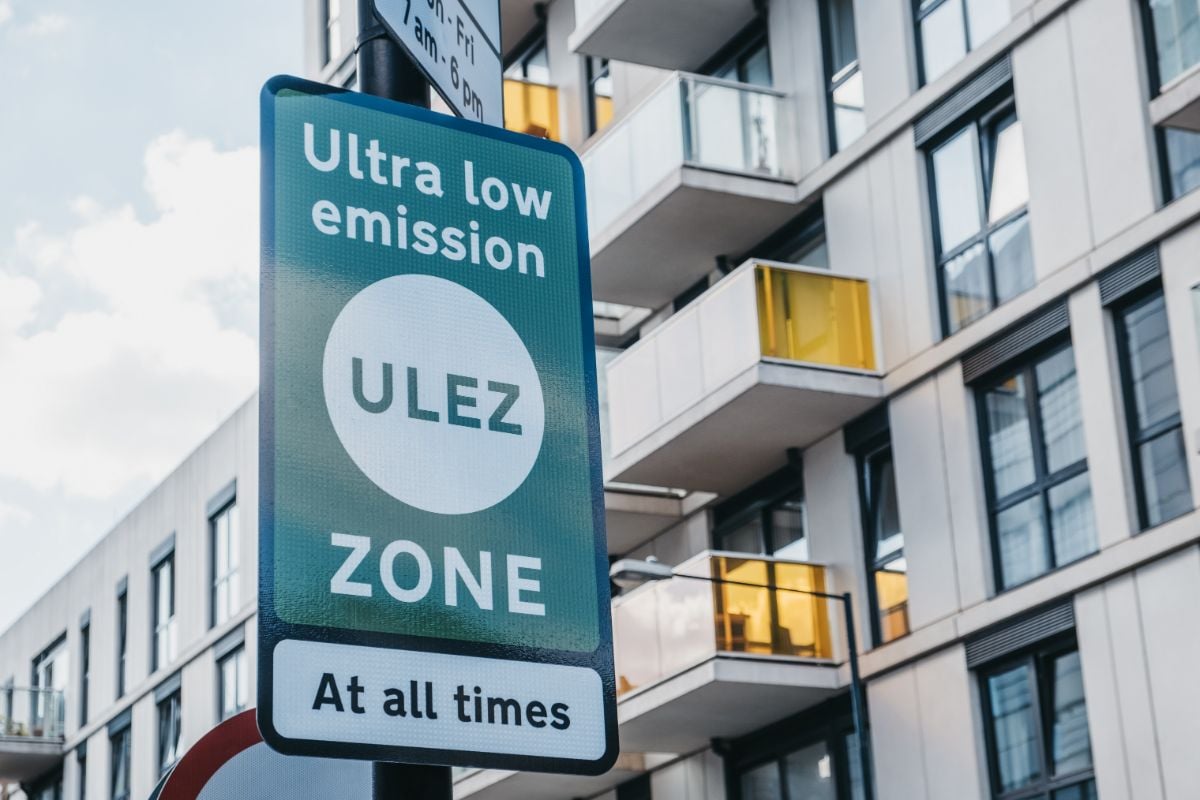 The London Ultra Low Emission Zone (ULEZ) went into effect in April 2019, and it shares the same borders as the Congestion Charge Zone. It is in effect 24 hours a day, seven days a week. Vehicles powered by gasoline that do not reach the Euro 4 emissions level will be charged £12.50 to enter the ULEZ area, while those powered by diesel will be charged £12.50 if they do not meet the Euro 6 standard.

On October 25, 2021, the ULEZ was extended to cover the entire so-called “inner London area” (like the North and South zone bounded by Circular Roads).

What Places Now Have Congestion Fees In Place?

Only in the financial district of London (the City) are congestion charges in effect. Similar to the congestion charge, ‘clean air zones’ in other parts of the city are intended to enhance air quality by imposing additional costs on vehicles passing through that zone.

The City of London West End inside London Inner Ring Road is where you’ll find the London Congestion Charge zone. Automatic Number Plate Recognition (ANPR) cameras are installed on all routes that lead into and out of the zone. Before driving through a congestion charge zone, you can visit the Transport for London website to check if a certain address is within the zone by entering the postcode.

To reduce pollution, some urban areas have been designated as “Clean Air Zones,” and polluting cars are actively discouraged from driving there. Although no vehicles are prohibited from entering a Clean Air Zone, those having less-than-stellar engine cleanliness standards are required to pay a daily fee to drive in the area between the hours of midnight and midnight, 365 days a year.

Several cities, including Bath, Birmingham, and Portsmouth, have established Clean Air Zones. Although the British government has discussed implementing Clean Air Zones in Bradford, Bristol, and Manchester, no such zones have yet been established.

How Much Do We Pay For the Congestion Charge? 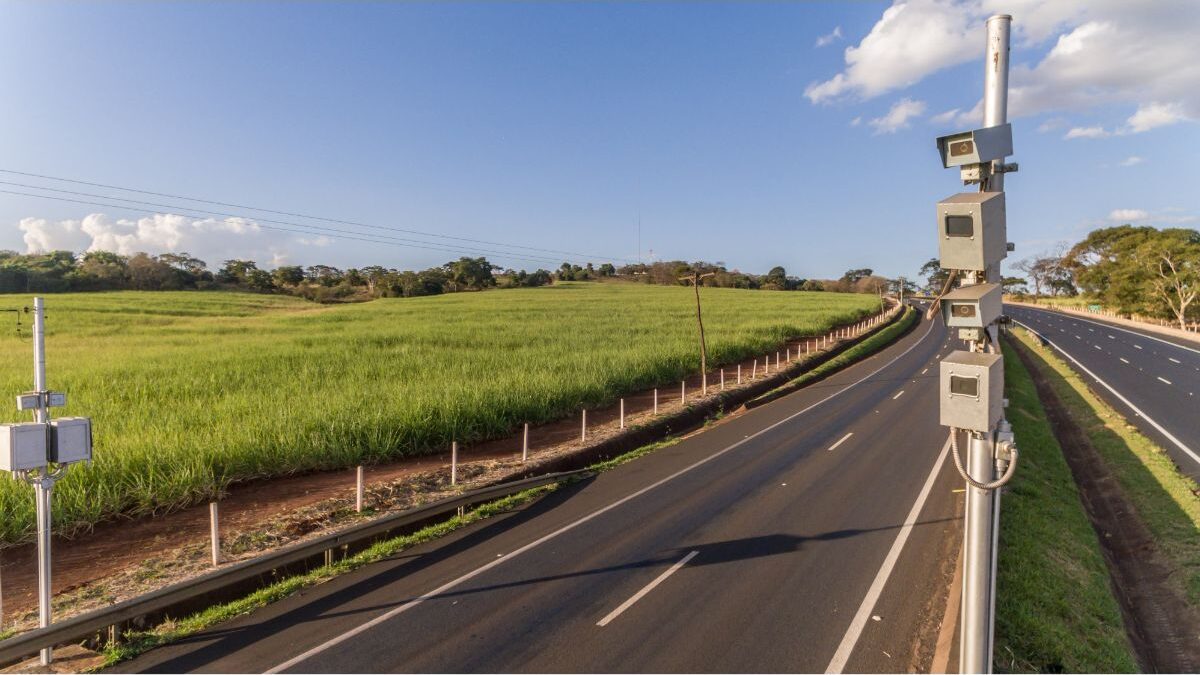 A £160 Penalty Charge Notice will be issued to motorists who fail to pay the Congestion Charge within three days of their trip (PCN). If you pay your PCN in full within 14 days, you’ll just have to pay £80. If you disagree with the charge, you have 28 days to submit a PCN dispute or pay the fee.

How Much Money Do The Clean Air Zones Cost?

Daily rates for HGVs, buses and coaches are £60, while vans cost £10, and taxis and private hire cars cost £7.50. The zones are accessible around-the-clock, every day of the year. If you don’t pay the fee, you’ll have to pay an extra £120 on top of the daily rate.

You can check your vehicle’s manual or the GOV.uk website to see what the emission standard applies to your vehicle.

Who is Responsible for Paying Congestion Fees and When?

During 07:00-18:00 Monday through Friday, 12:00-18:00 Saturday, Sunday, and bank holidays, drivers of vehicles with CO2 emissions of 76g/km or higher are subject to the Congestion Charge. Over the Christmastime and New Year’s bank holiday weekend, there will be no fees imposed (inclusive). All vehicles with internal combustion engines, including hybrids, fall into this category.

For years, the Congestion Charge has been off-limits to all but zero-emission vehicles, including battery-powered and hydrogen fuel-cell automobiles. However, beginning in December 2025, all vehicle owners, regardless of emissions status, will be expected to pay the congestion fee.

Who Is Exempt From Paying The Congestion Fee? 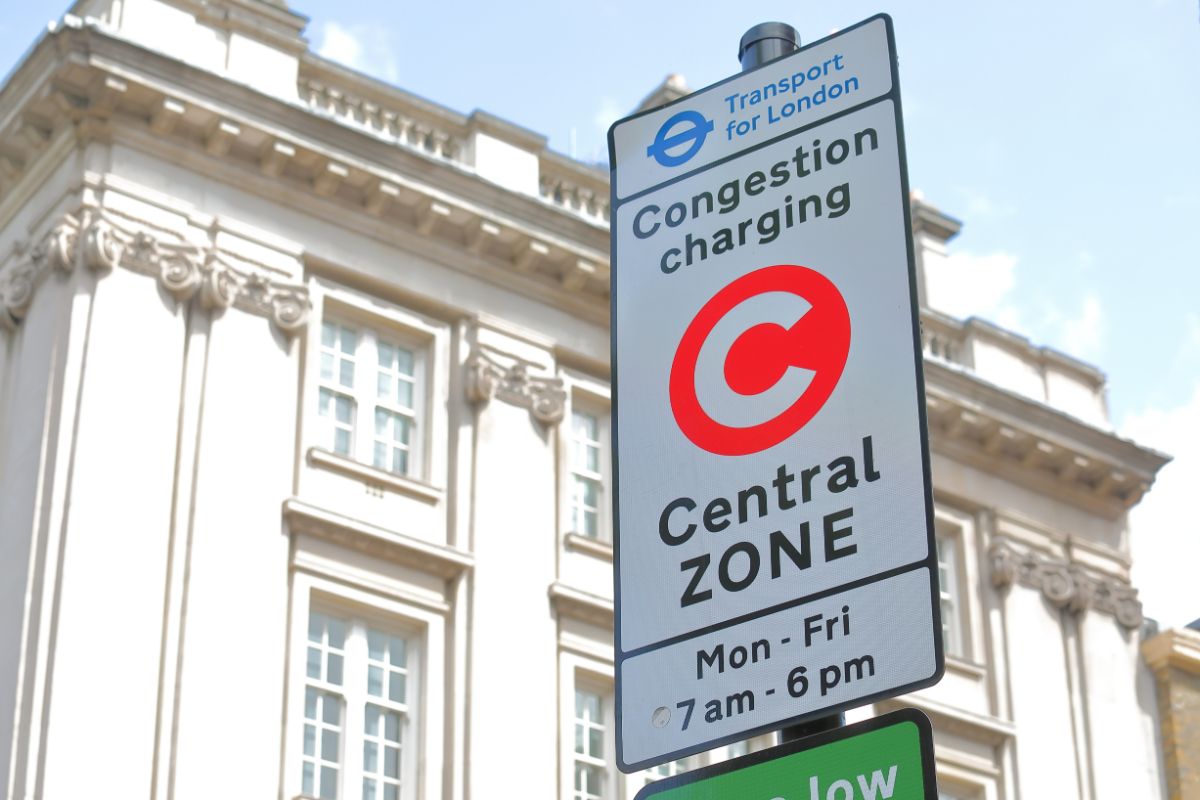 For a yearly cost of £10, the following are free from the Congestion Charge in their entirety: