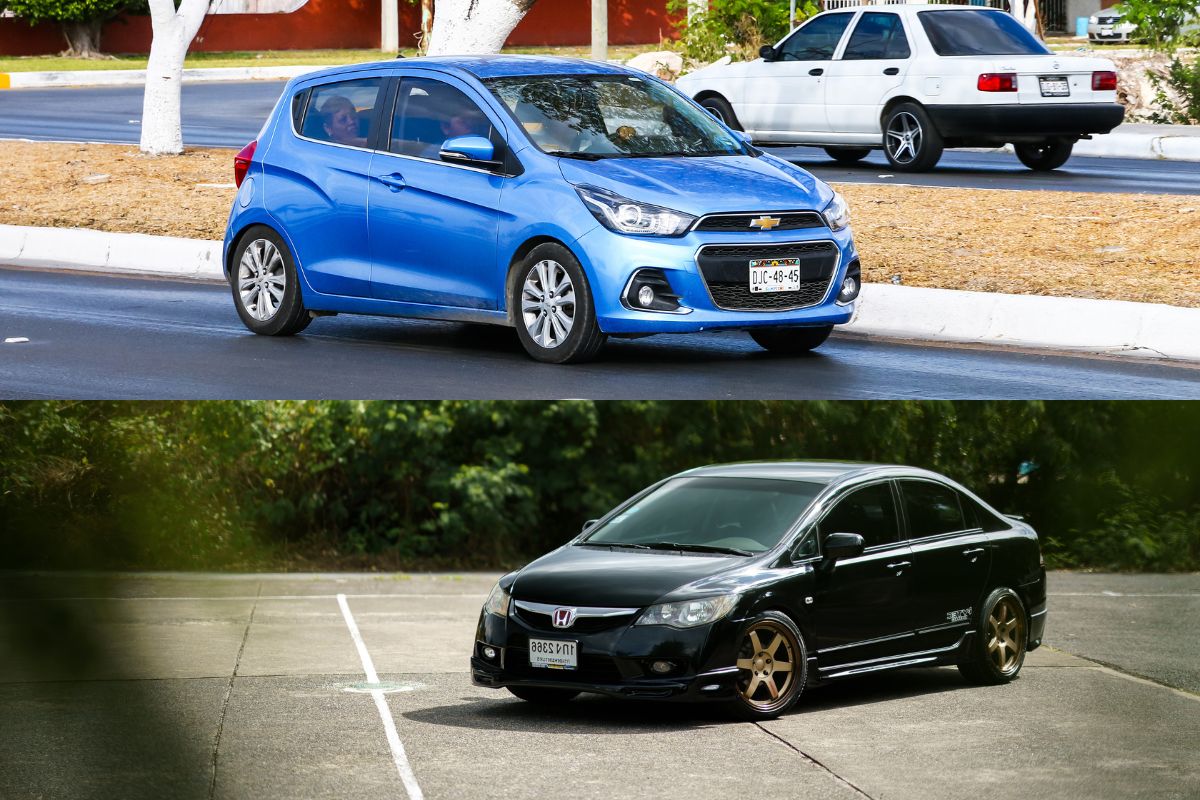 The differences between an economy and a compact car are negligible in terms of the body, style, and pricing. When you are making the decision as to what car to consider getting, size will likely be the deciding factor. The difference is found in what you want to do with the car outside of everyday use.

If you are imagining long road trips in wide and open spaces, then the compact is going to be the one to go with. If fuel economy and affordability are all you can think about, then the economy is the choice to go. Let’s have a look at what is found in the differences between an economy and a compact car.

What is an economy car?

An economy car is a vehicle that can typically accommodate up to four people, children, and adults. In most cases, an economy car is one that has two doors instead of four, but many economy vehicles today will have four doors. The economy car is known to be very limited in its scope in all areas, so you will see limited cargo space here.

The bottom line here with an economy vehicle is that you pay very little and, like anything in life, are going to get the basic minimums of features in a car. That doesn’t mean you have to compromise on other elements of your car, like technology, but for spacing, the economy car is the smallest on the market.

You might find, for example, that your economy vehicle can fit one or two suitcases and maybe a smaller bag in the trunk. Affordability on fuel economy is going to be high, higher than with an SUV. With an economy vehicle, you can typically get up to 35 miles per gallon (mpg).

What is a compact car? 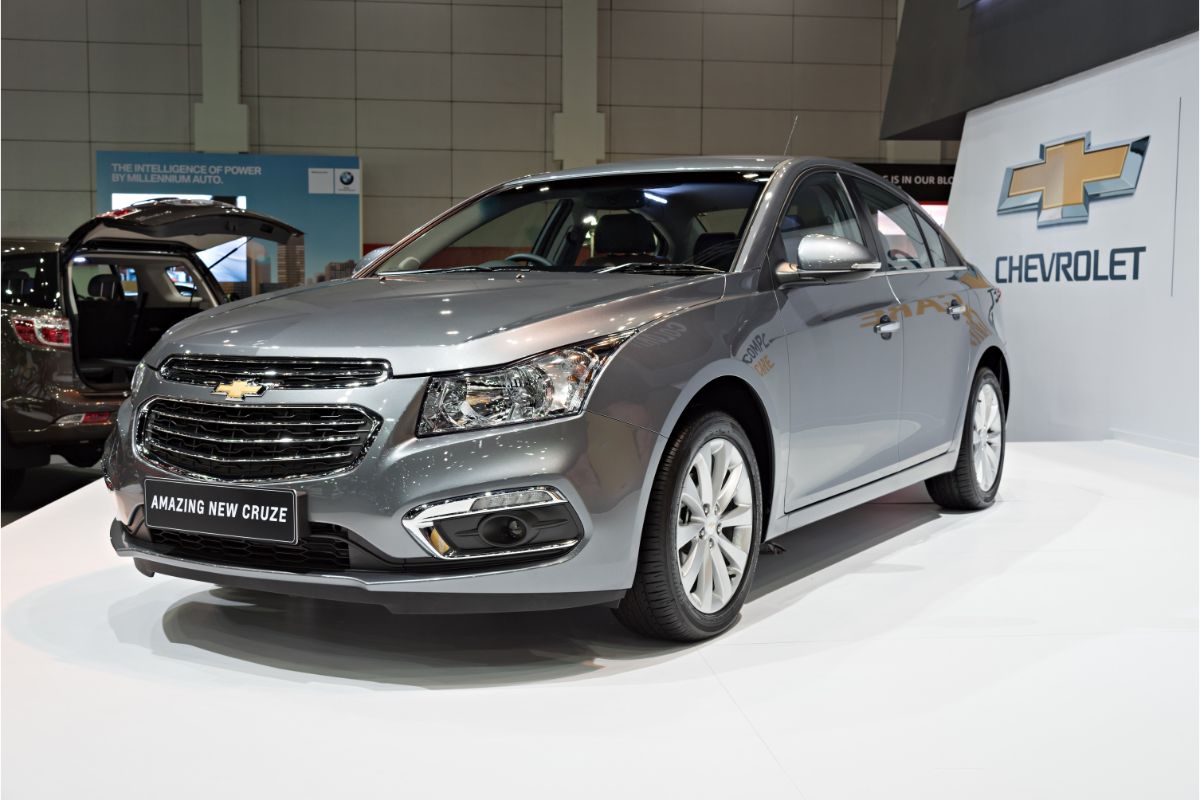 A compact car is a small car as well, but slightly larger than an economy car. This vehicle has four doors, sometimes five, depending on the make and model. You are going to have up to five seats in the car accommodating up to five people.

For cargo space, you’ll be able to fit a little bit more, such as two large suitcases and some additional baggage if it is on the small side.

For the road trippers of the world, the compact vehicle is going to be the most comfortable as it offers more room for everything. You have room for more people, more luggage, and more on-the-road comfort. This is a good car for families for everyday use as well as for the same reasons.

Features of Economy and Compact Cars

The features between economy cars and compact cars are very similar, with space being the primary difference between the two cars. Economy cars are more affordable and smaller. Compact cars are slightly larger and, in most cases, slightly more pricey as well.

When it comes to fuel economy, both kinds of vehicles are on par with each other.

Features of the Economy Car 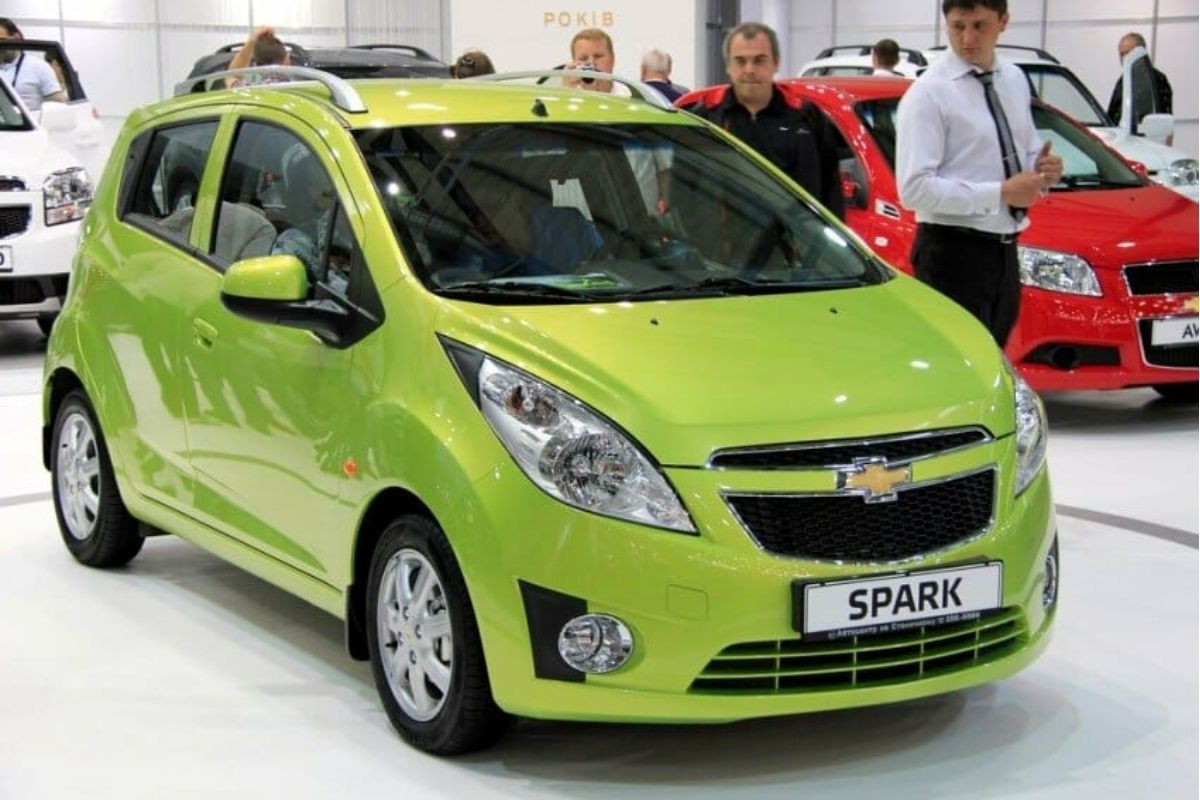 A car will have a lightweight and smaller design to be considered an economy car. Although the interior cabin space is much smaller than any other car, manufacturers’ focus today is still to maximize this as much as possible. The economy car typically comes with higher safety ratings due to its size.

The key feature is in the components that are easy to maintain and replace. You’re going to see four-cylinder vehicles here with smaller engines and excellent fuel economy. The economy car also requires less oil and transmission fluid making maintenance low.

What you’re not going to see here are a lot of bells and whistles for vehicle features that contribute to performance. You can get those in the technology or options if some models provide for better engines and/or fuel economy.

The economy car is also well known as a lighter vehicle, an issue that is a top priority at the manufacturing level. The development of design has to keep this in mind while also keeping in mind the safety of the passengers and driver inside. This lightweight nature of the car also somewhat compromises the comfort of the ride, negatively impacting the suspension mass of the car.

Features of the Compact Car 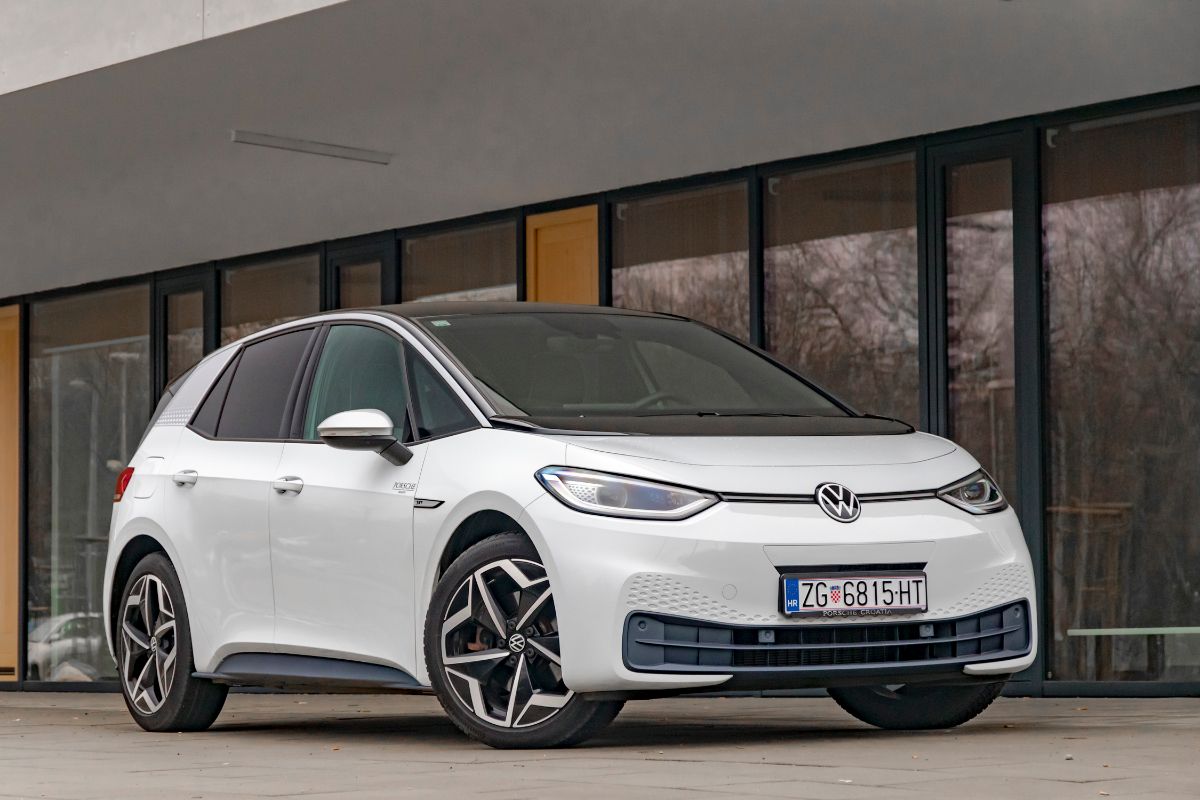 The compact car is much like the economy car regarding main features but is slightly larger. In most cases, this is a four-door model without a Pillar B structure that separates the driver and passenger sections of the vehicle. The lack of Pillar B construction is not the key differentiating factor between an economy and a compact car but is a notable feature of the compact car.

Most compact cars are four-door models, but you might see the odd make or model featuring two doors. The compact car is made with the same goals in mind as an economy car but is larger in size. In addition to the feature of four doors, you’re going to see similar fuel economy with four-cylinder engines that will get you up to 30 or 35 mpg.

The compact car is going to be heavier in design than the economy vehicle, but not by much. You’ll spend as much on the tank as you would with an economy, and maintenance for engine oil and transmission fluid or other fluid top-ups is going to be very similar. The key difference in features between the two vehicles is size, which is reflected in the overall price.

Cost Differences Between the Economy Car and Compact Car

The main cost differences between the economy car and the compact car are almost negligible. As with any car on the market, your car can cost you as much as you want when you upgrade options like engines or other features. However, most base prices for new models of both economy and compact vehicles are very similar.

The base price for an economy car can be as low as $13,000 or slightly higher. The Chevrolet Spark is an economy hatchback with a starting price of $15,695. These models can be as high as $40,000 depending on the manufacturer and what is added as an option.

For the compact car, you are not going to see base prices too much higher. The Nissan Versa has a base price of $17,775.

Benefits of Each Kind of Car: Economy vs. Compact Car 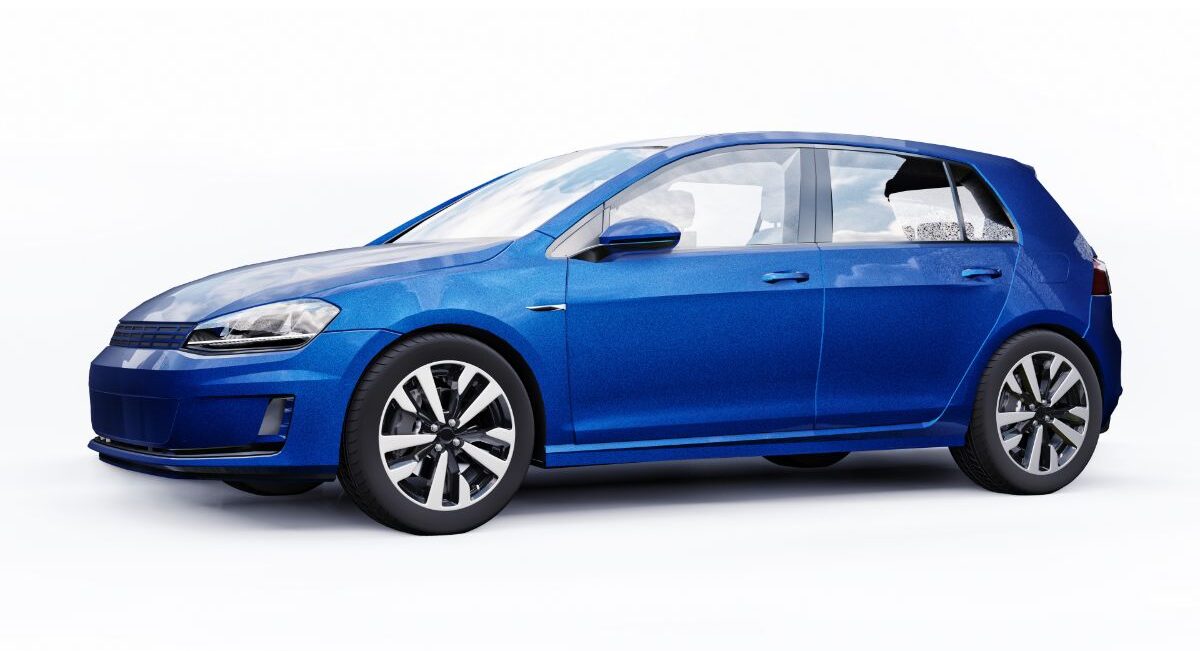 Every car and every model comes with its own perks and benefits. And although the most affordable cars on the market, the economy, and the compact car both have their own benefits. When you are considering the benefits of each kind of car, consider how many people you need to transport, how long your trips typically are, what you need for cargo space, and what your budget is.

You will find that from a budget perspective, both the economy and the compact car are almost at a virtual tie for upfront costs, fuel economy, and overall maintenance. The compact car will be slightly more expensive upfront, but this will contribute to the additional benefits the car can offer, and here it will be better than the economy car.

The number of people you need to transport will always be a factor in vehicle selection. If you are single or don’t have a large family, the economy car is the most sensible choice. If you are regularly transporting a lot of people, the compact car will not only make more sense, but it will be a necessity.

If it is just you taking the long road trip, an economy car will be ideal. If you have a large family you want to transport for road trips or long drives, then the compact car offers more benefits. 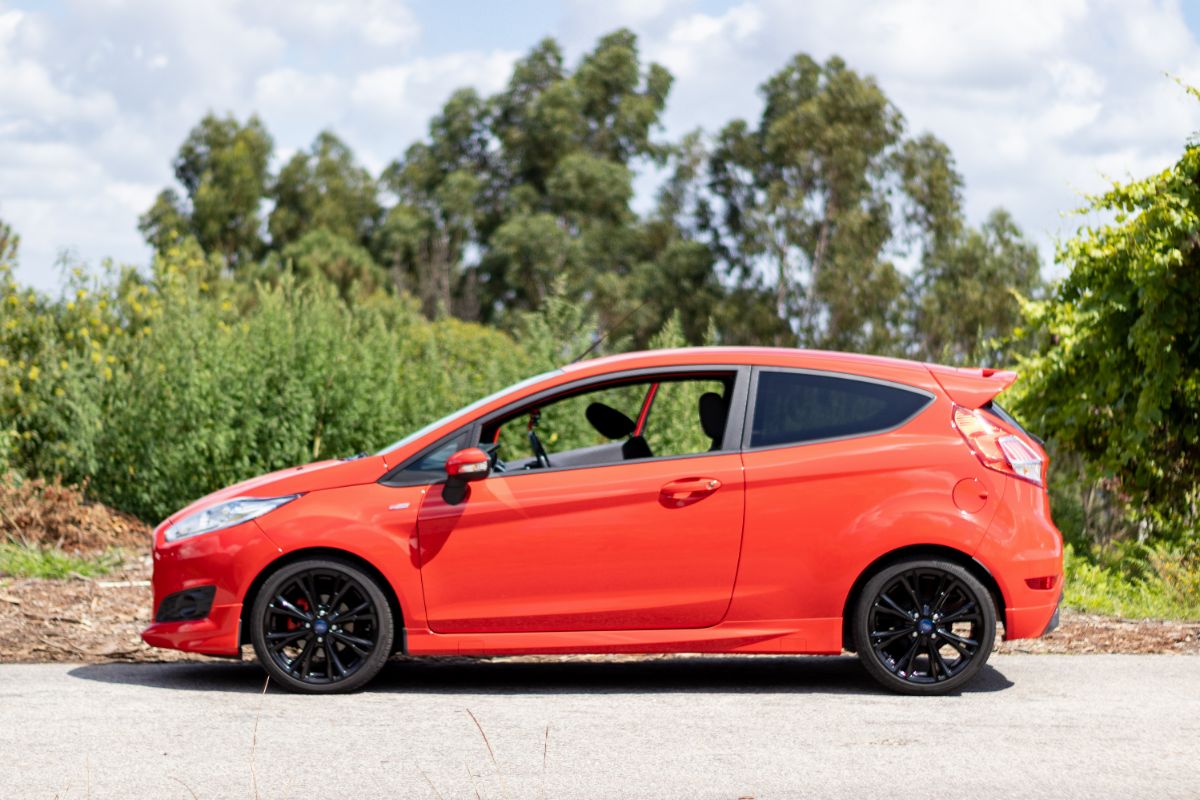 When it comes to weighing the similarities between the economy and the compact car, there are many. The key differences are in the number of doors and in cargo space, and also in the comfort level for many passengers. Still, both cars are very affordable, being almost identical in pricing for upfront costs and maintenance.

For overall car features, the two vehicles are very similar. Both cars have the same number of doors on it in many cases. Size is different with the compact car, but they drive the same overall. If cost is the only factor that makes the difference between whether or not you get an economy car over a compact car, then you will probably want to spend on the economy car.

Even if you have a larger budget to work with here, you can spend that on options and upgrades with an economy and get a beautiful ride. If space is the key sticking point with you, then the compact car is something you will want to lean towards, even if the base model is all you can swing at first.

When you are looking at buying a car, price is typically the first thing that you are thinking about. This is especially true if you are going back and forth between either an economy vehicle or a compact car. From a pricing standpoint, the economy vehicle is always going to be the best choice and will be my choice from now on.

Of course, I don’t have the passenger load of a large family, but there are many sweet economy rides that can offer that without the upgraded costs of a compact car.

Technical upgrades and upgrades to the engine like adding on exhaust headers or induction systems can significantly improve the power of an economy vehicle and can be added at a later time. This is the advantage of an economy car. It is all in the name.