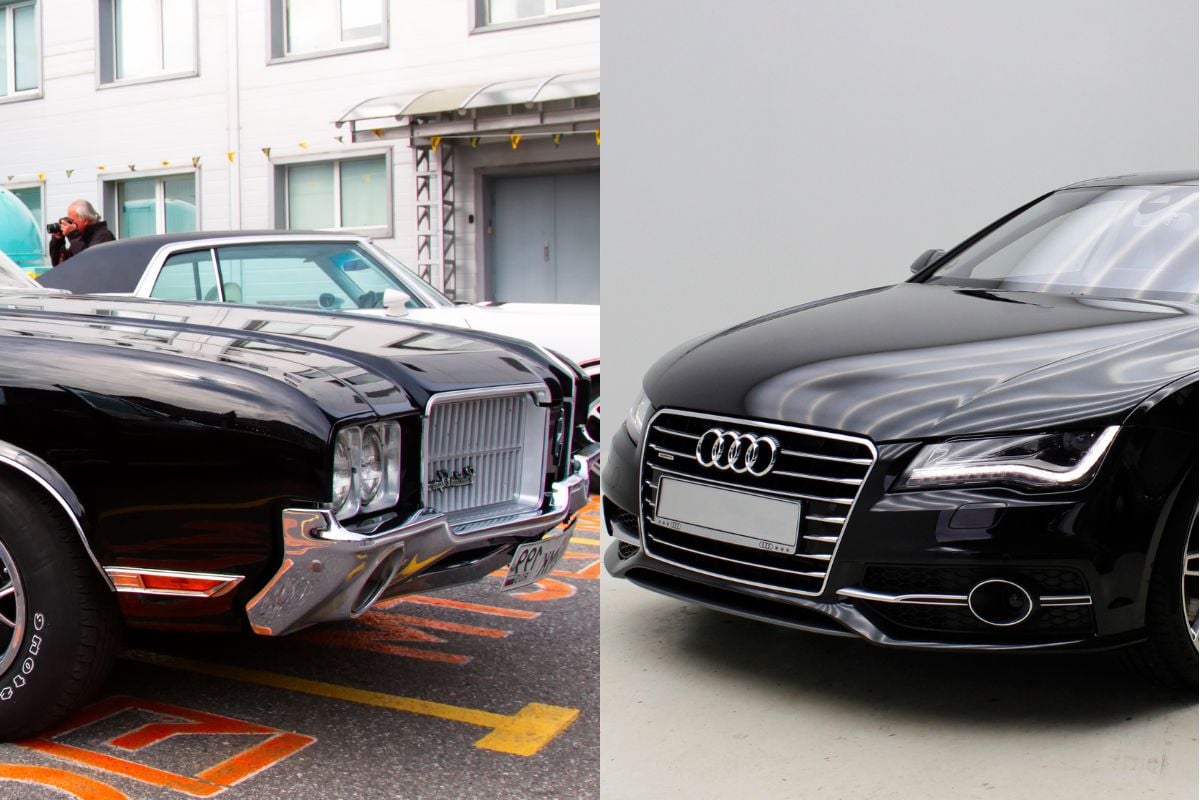 I’ve driven everything from a Ford Pinto to a Chevy Impala to a Penske moving truck. Back in the day, there was a distinct difference in the size and shape of cars. Until the late 80s and well into the 90s, big wheels were a thing. You still see people driving around in ‘80s and ‘90s model cars to this day.

Back then, most people would rather leave the luggage behind than try to fit the kids, the dog, and the luggage into a tiny little car. I used a picture of an older model Cutlass Supreme (I’ve owned two) to show you what a standard-sized car used to look like. We’re going to highlight the differences between a standard and a midsize car for you.

What Is A Standard Sized Car?

What Is A Midsize Car? 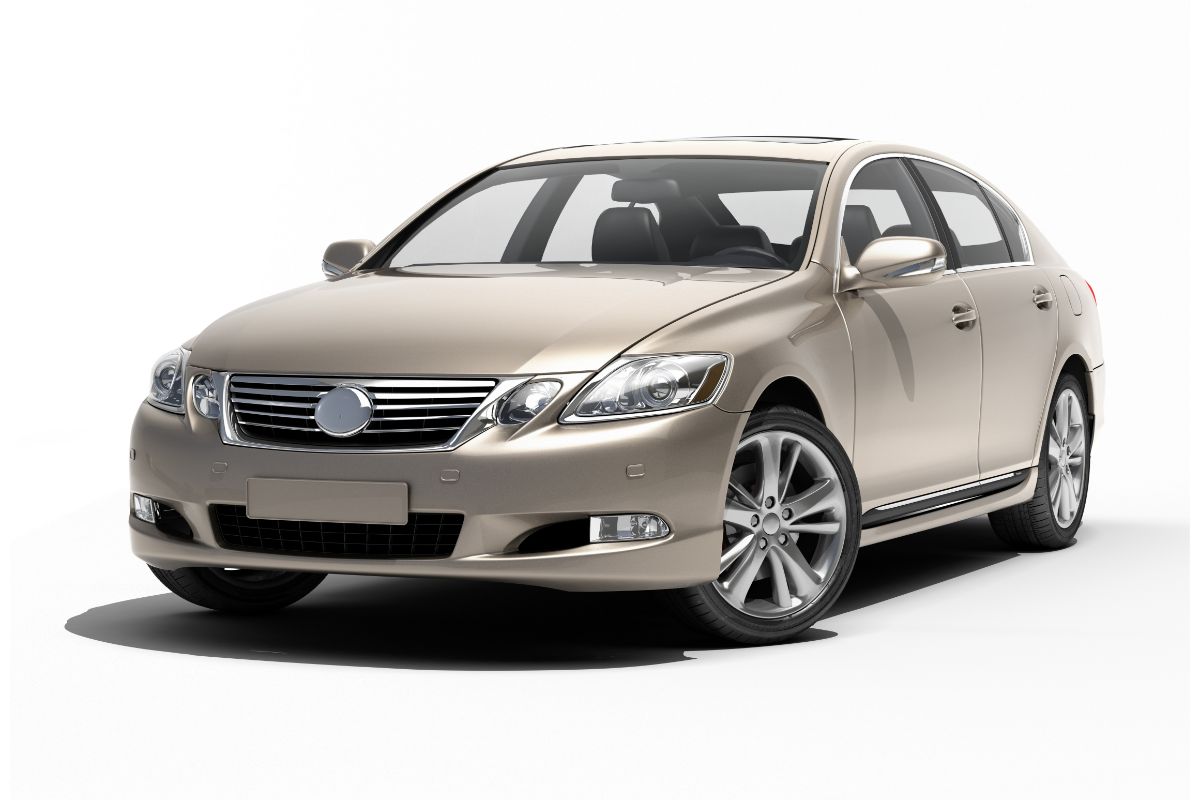 The reason so many sizes of cars exist is to enable insurance agencies, the EPA, and carmakers to figure out which classification (sedan, sports car, crossover, station wagon, and coupe – or what they call the midsize car today) best controls emissions as well as figure up fuel economy.

Midsize cars used to be called compact cars, and their size was easily discernible from full-sized or standard-sized cars.  Midsize cars must contain 110 to 120 cubic feet of passenger and storage space. It must measure no more than 193 inches long by 73 inches wide to be considered midsize.

Midsize cars mostly come with your basic engine: a 178 HP 2.5L 4-cylinder that gives drivers 0 to 60 in about 8 seconds. For the majority of drivers going between home, work, and the kids’ softball games, this is good enough. Other drivers want a more juiced ride, but more horses with the accompanying get up and go will cost them. 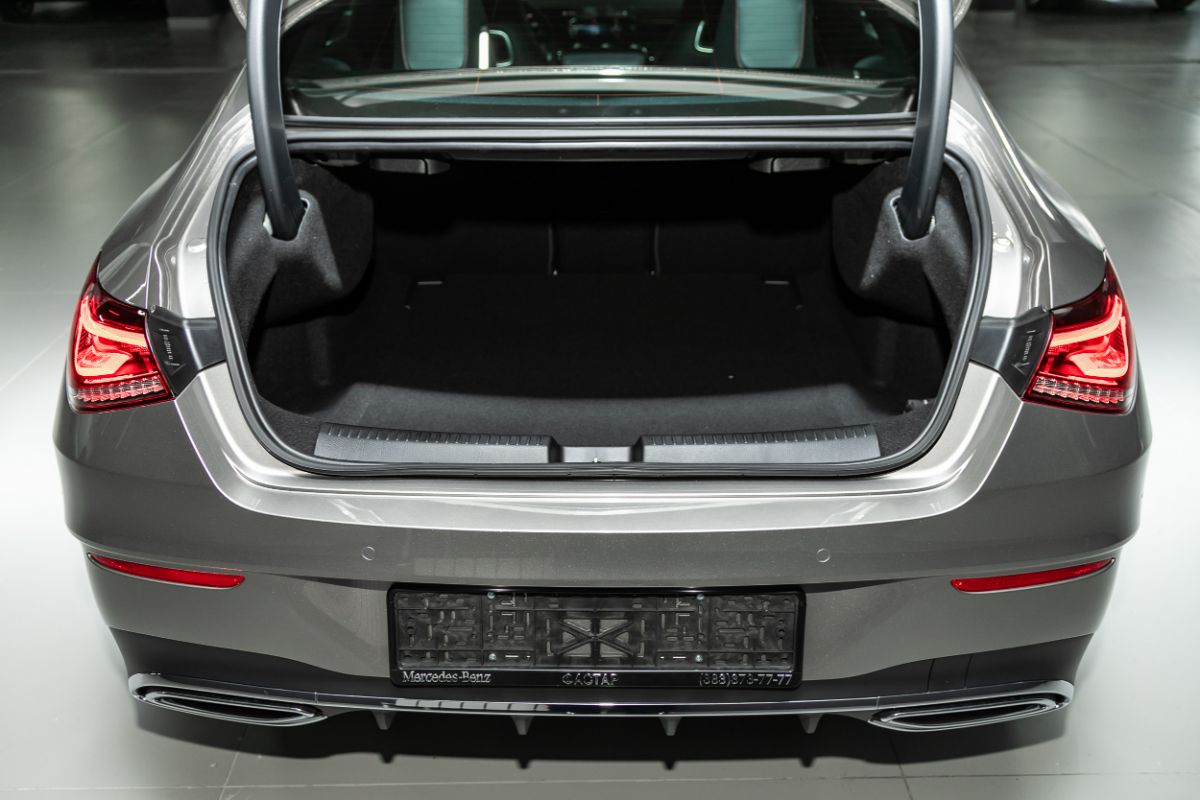 What most people don’t recognize about cars is that they have to conform to certain perimeters in order to (a) use gas and oil efficiently, thereby getting good mileage, (b) fit up to five passengers comfortably, and (c) fit into parking spaces without overlapping the lines. Those perimeters go into things we can’t see with the naked eye, such as the following.

Most Things In Life Are About Size

Americans are jamming more and more things into their cars, such as kids, sporting equipment, groceries, home improvement items, boxes containing home-based business products for transport to customers, items for home-based cleaning businesses, luggage and friends for road trips, boxes and bags for a house move, and dozens of other things. This requires space.

Remember When Life Didn’t Include Technology?

You’ll notice that on new cars is usually up to 12 inch or more screen on the dash. This is where the parking assist, rear camera, crossing lanes assist, and much much more are available to the driver. There is space for USB outlets, wireless charging stations, and WiFi as well. All the intuitive tech needs room, which makes the dashboard wider. This increases the width of the car.

Trim Is About Flintstoning It Or Floating Over The Road

Your basic model of car just barely has an air conditioner and a radio. This is called a trim level. The trim is just the version of a certain model of car, with an example being the Honda Civic. Models packed with all the features like heated leather seats, plenty of leg room, automatic everything, safety tech, entertainment, and all the storage they can fit in are generally considered the luxury trim and cost an arm and your first-born child.

Some carmakers call their trim levels by numbers or letters, such as the GT or the Q30. These designations tend to differentiate between a sedan and sports car models. Drivers can ask for options instead of trim levels, which can include feature packages or simple customization of the model.

What Materials Make Up A Standard Sized Car? 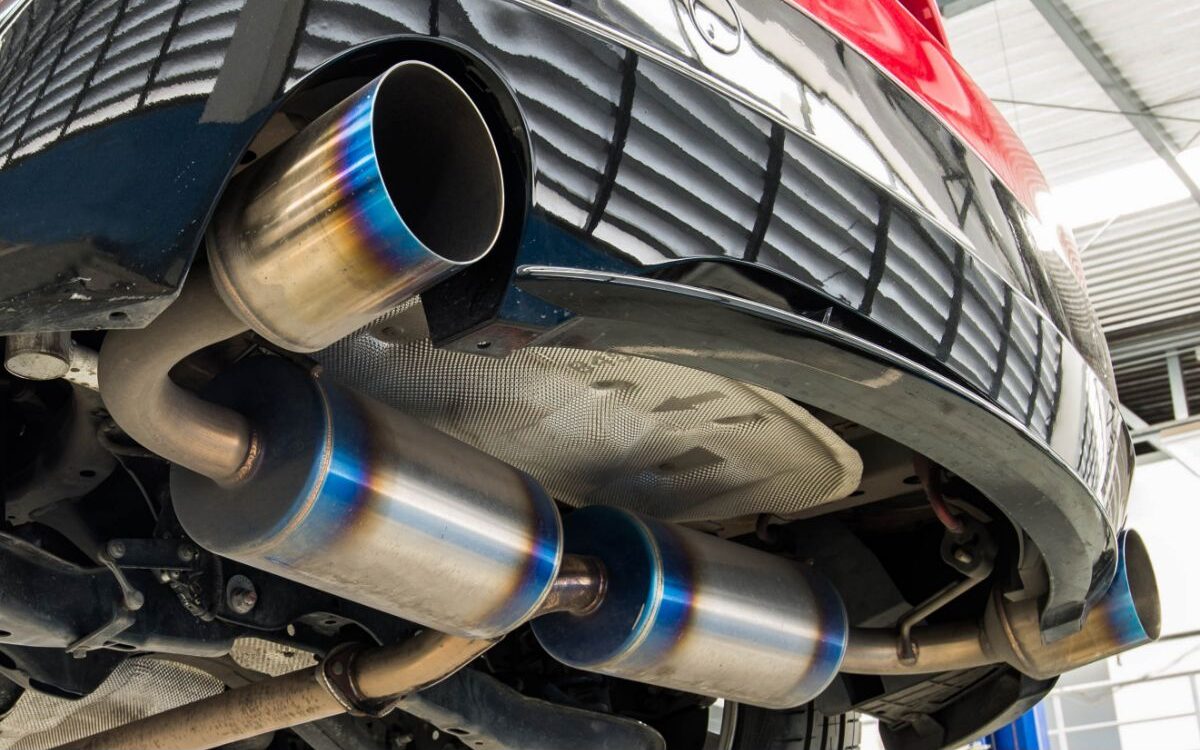 Iron ore is processed into steel for use in the body, roof, doors, undercarriage, and the area between the doors. Mufflers and the exhaust are usually made of steel.

Petroleum products are processed into plastics for use in the dashboards of cars, air vents, door handles, and airbags.

This lightweight metal is used in the engine block and the wheels of cars.

Rubber is like the plastic used in cars due to its capability of being molded into parts needed for the auto. The tires are obviously made of rubber, but so are the hoses and belts under the hood.

What Are The Design Features Of A Standard Sized Car? 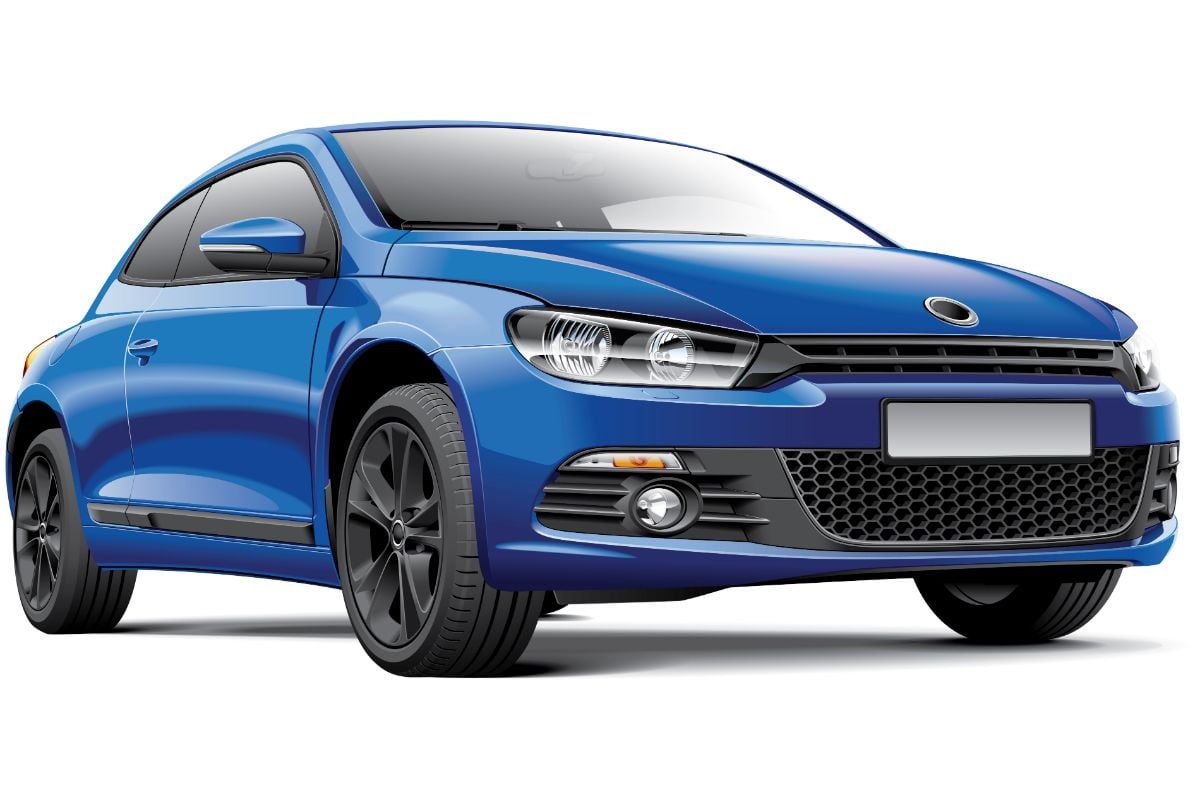 The perimeters we discussed above apply to the design and engineering of a car as well as performance and aesthetics. There are rules and regulations in place to which auto engineers and designers must adhere, or their cars won’t be built. These are the most important parts of design and engineering from a driver’s point of view.

It’s All About The Curve

The curvature of every single surface on a car rises (like sedans) or falls (think Porsche) along a line looking from the front of the car. Even the roof of a car curves in both directions, which strengthens the roof. This curvature is vital to the aerodynamic performance of the car. It’s planned from all sides of the auto including the roof.

When a driver peruses the cars on a lot, he is pleased with the flowing lines of the car. He notices that the headlights in their housing don’t stick out alarmingly. He notices the aerodynamic shape, even the doors, which means cutting cleanly through the air. This is what curvature is all about.

The Object Of The Exercise Is Packaging

In a manner of speaking, yes, packaging is about wrapping a car up for a driver. Cars are designed and engineered for drivers, after all, so the dimensions are important. For example, the engine is getting smaller so that more people and their stuff will fit inside the car. The room has to be designed for other important items like the fuel tank and the wheels. Configuring these vital parts of a car in concert with the rules and regulations is the aim and goal of engineering and design.

This means that when drivers are checking out cars at a dealership, they sit in the cabin to see if their legs will fit. They open the trunk to see if their work gear or suitcases will fit. When they test drive the car, they check out the turning radius of the front wheels. They aren’t thinking about dimensions or engineering, but these are the essence of design.

The price of gas, tires, and maintenance are considered when a new car is priced. The most basic trim level car can still be found for about $15,000, according to car.com. However, those days are fading fast, as new cars begin at around $25,000 and up, and I’m talking about paying $48,000 for a reasonable trim level standard sized car.

The main benefits of a standard-sized car are its lower center of gravity and its safety. Most people drive to work, the grocery store, through residential areas, and on road trips. They rarely scale a rocky mountainside or splash along a beach. Standard-sized cars corner more safely than their SUV brethren, not to mention split-second changes in lanes or sudden turns when drivers miss a turn.

The Model T and similar cars of the early 1900s notwithstanding, standard-sized cars were the rule instead of the exception. The cars of the 30s, 40s, and especially the 50s with their fins and extended wheelbase were the only vehicles needed by the driving public. It wasn’t until the gas crisis of the 70s that smaller cars were demanded by drivers. By then, residential areas had migrated to several miles outside major cities, so drivers had farther to drive to work.

Add to that the fact that many children attended private schools, so they didn’t ride school buses. Parents had to drop off the kids at school and then drive to work, return in the afternoon for them, and drive home. Those block-long cars were costing families more money than they were worth. So smaller cars began being produced.

While today’s standard-sized cars aren’t comparable to a ‘57 Chevy Bel Air or a ‘55 Thunderbird, they still get families where they need to go with better gas mileage and reasonable storage space. 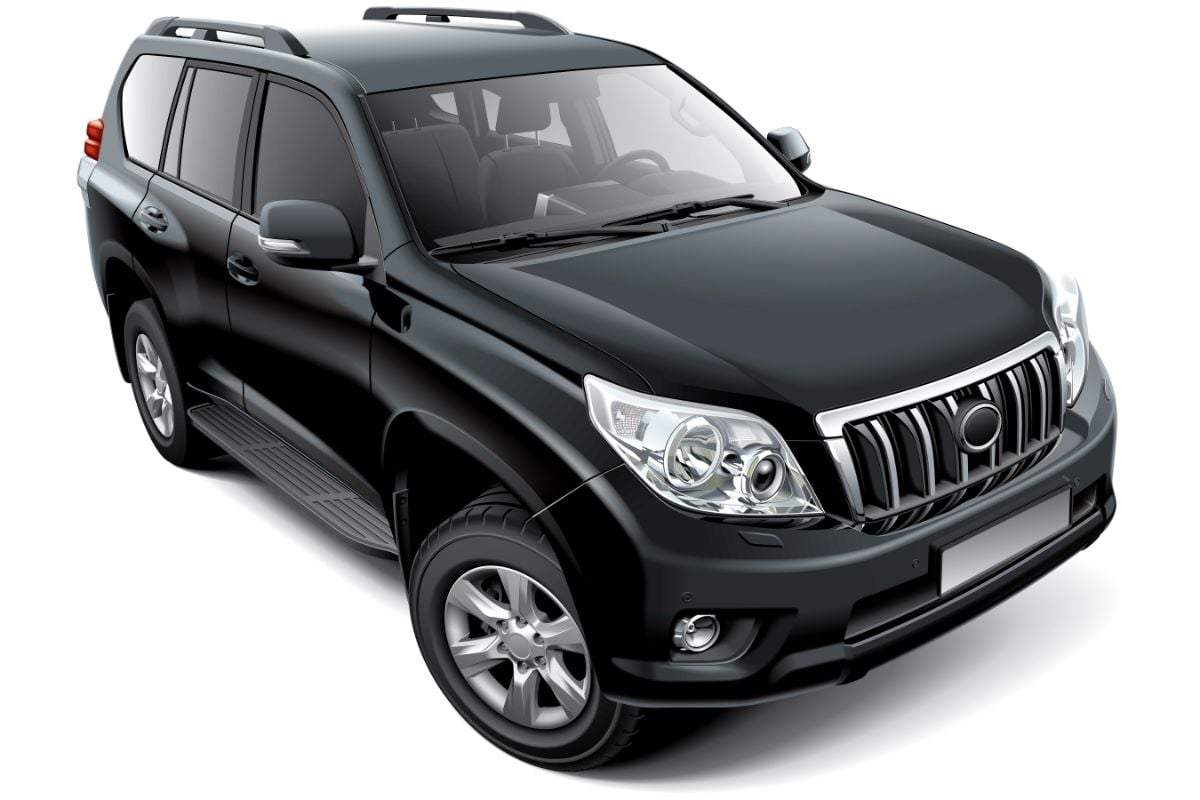 Drivers drop down to the next smaller size in cars for one reason: gas mileage. The basic model midsize car offers a smaller wheelbase, which is one of the reasons a midsize car gets good gas mileage. The length, width, and height are less than those of a standard-sized car.

The Tech Fits, Too

The slightly smaller midsize car has to have the space to fit the tech and entertainment. This it does with panache by configuring the dashboard to hold all of it and then some.

Trim Levels Are Much Alike Across The Board

Drivers who can only afford the basic model or trim of a car are still getting a nice car. They can install their choice of music player, GPS, and a screen onto which the driver can upload apps for driver assist or safety, and much more. The point is that trim levels are much the same, so drivers have options.

What Materials Go Into A Midsize Car?

The same materials – steel, aluminum, plastic, and rubber – go into every car,  whether it’s an SUV, crossover, station wagon, full-size car, or Cooper Mini. Midsize cars are no different.

What Are The Design Features Of A Midsize Car?

Midsize cars vary only slightly from their standard-sized brethren. The only difference might be how the grill and rear end are configured, the addition of vents, or the design of the doors. Basically, the design features are the same, just smaller.

Cost And Benefits Of Midsize Cars

People drop down to the next size car mostly to pay less for a decent car. You can still find cheaper midsize cars for less than $20,000, but they’ll probably be pre-owned. Brand new midsize cars begin at $23,000 to 24,000 and go up from basic trim models, and that’s for a Subaru Legacy.

The benefits of owning a midsize car are:

Sure, There’s A History Of Midsize Cars 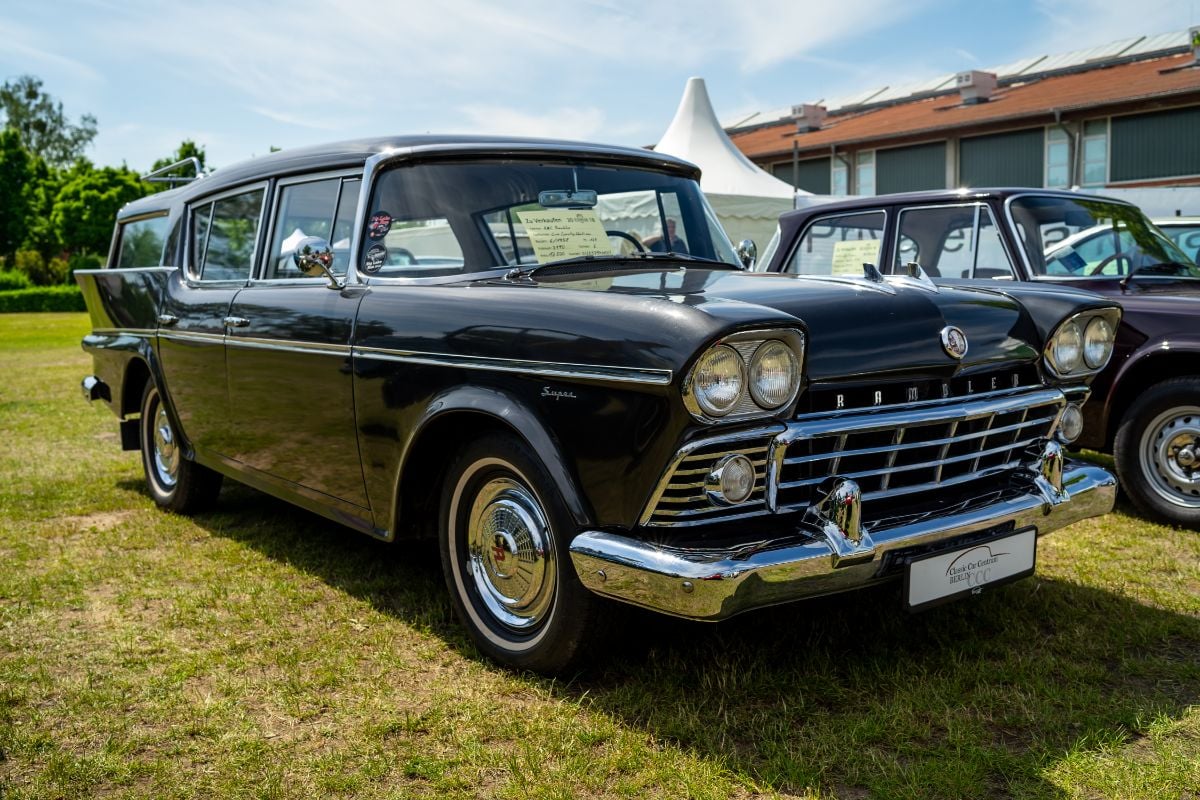 Picture it: it’s 1956, and the “Rambler Six” sits proudly in parking spaces as the newest “midsize” car. Next to it are parked the block-long Chevys and Fords of the era. A star is born.

Through the 60s and 70s, cars similar to the Ford Fairlane became the “midsize” cars competing with the full-size autos. That is until the crunch came in the form of the gas crisis, and then people began clamoring for those very midsize cars they laughed at before.

The midsize car came to be defined by the Toyota Camry and the Honda Accord of the 80s, and by the 90s they were the standard by which other midsize autos were judged. Today, midsize cars are a fact of life to such an extent that finding a standard-sized car is a little difficult, unless you’re going the luxury route (think Rolls Royce.)

As I wrote in the introduction, I’ve driven pretty much everything. My mother once owned a ‘68 Dodge Monaco (this was in the late 70s, and I drove it, too.) My grandmother was driving one of those block-long Chrysler New Yorkers, which I, too, got to drive under careful supervision (I was 18 at the time.) Then came the Ford Pinto, the Chevy Impala, and a host of other autos.

I prefer to drive a midsize car. I appreciate being able to slip into a parking space without my tail end sticking out in traffic. I don’t need a lot of space for storage or passengers like I did when my kids were small. The aesthetic pleases me. If I were offered a Toyota Camry tomorrow, I’d buy it.