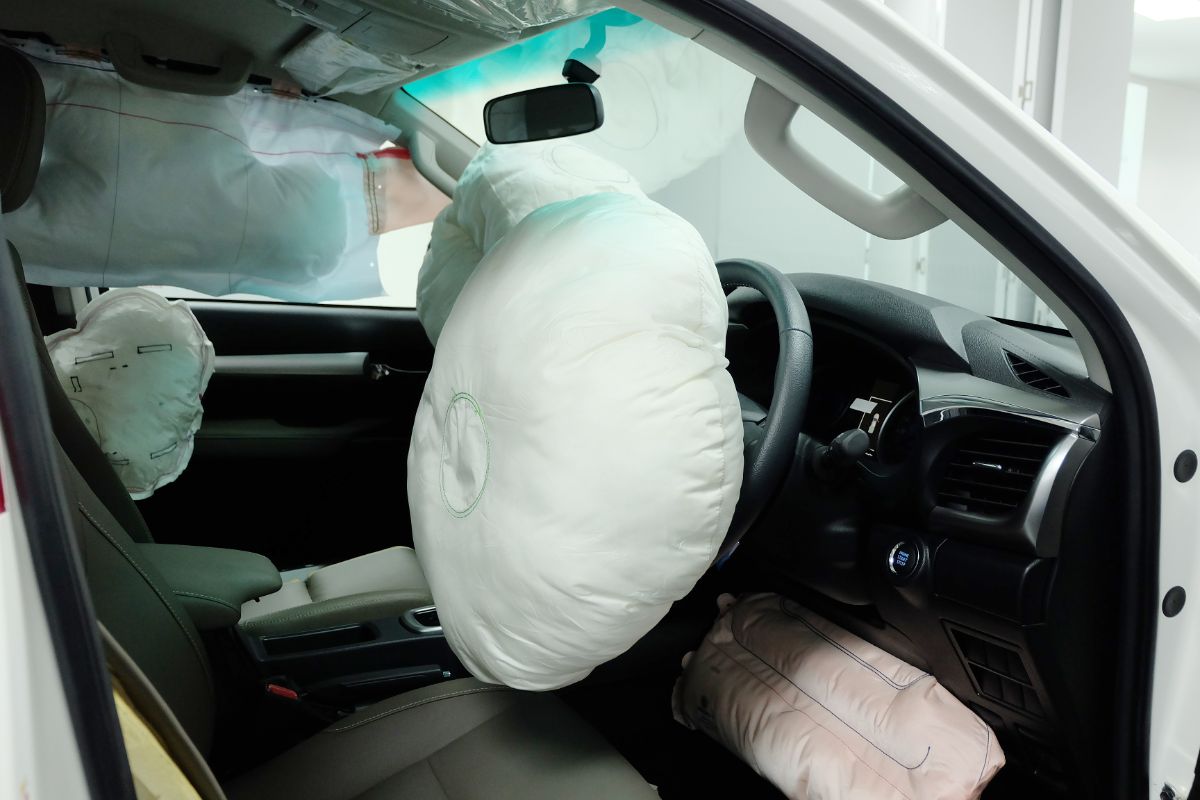 Typically, automotive airbags deploy within 15 to 30 milliseconds of a crash.  Because deployment occurs so quickly, however, it’s important to understand how an airbag system works and what factors go into the car making the decision to deploy the airbags.

Airbags are a vital part of the safety system in any automobile.  While the technology has been around for a while, most vehicle manufacturers didn’t start putting airbags into their cars until the late 1990s.  Airbag systems are one of the most commonly misunderstood safety systems in a vehicle.

Unlike seatbelts and roll bars that most people can see and understand the basic principals of, the majority of people who drive cars will go their whole lives without ever being in an accident where the airbags deploy.

Understanding how airbags work requires a person to first understand exactly how a crash happens.  Specifically, it’s important to understand the three stages of a car crash, then understand how the airbag system operates and makes the decision to deploy air bags.

Contents Show
The Three Stages of a Car Crash
When Do Airbags Deploy?
Airbag Injuries

The Three Stages of a Car Crash 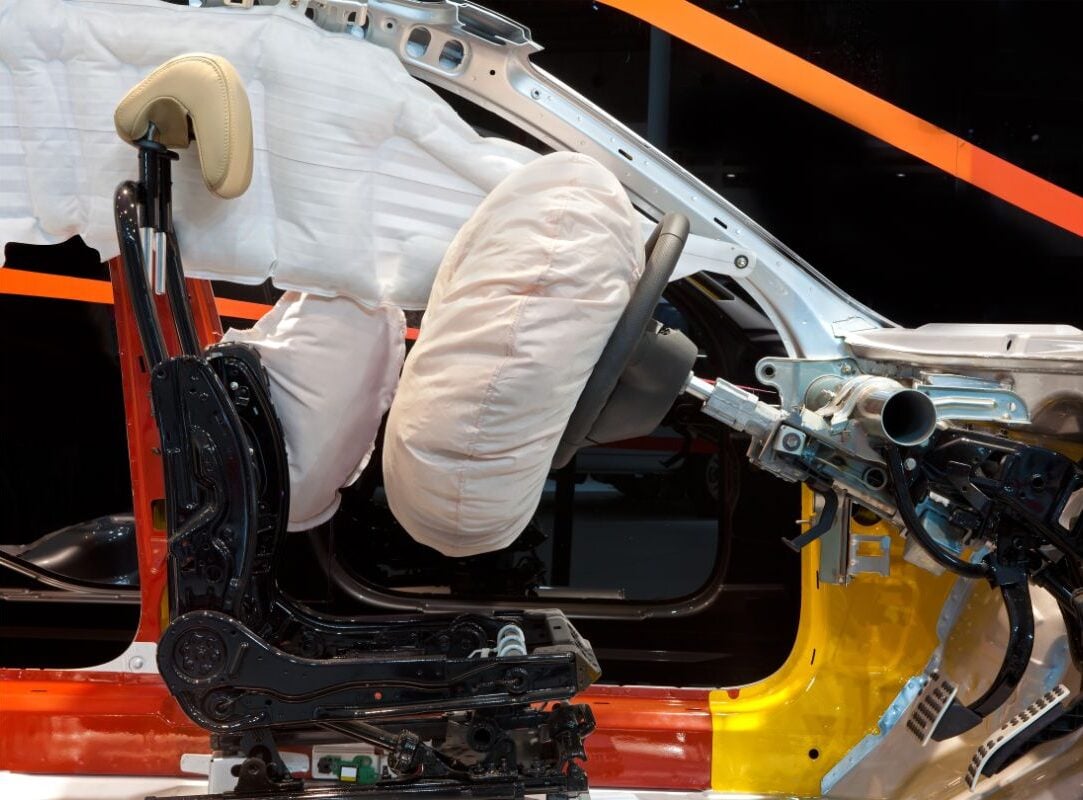 If you’ve ever been in a car crash, you known that the accident felt as if it happened too fast for you to do anything about it.  In fact, multiple studies of vehicle crashes, including those under controlled conditions and review of footage from accidents that happen in the real world, have shown that most crashes last for about 70 to 150 milliseconds.  The engineers and scientists who review these crashes have broken down every crash into three parts:

The first part of the crash is known as initial contact.  This stage begins when the vehicles first touch and lasts until the start of the second stage; maximum engagement.  In this stage, the cars have achieved their maximum deformation and intrusion.

Finally, as the cars start to separate, the third stage begins.  It ends once the cars stop moving.

In order for airbags to function properly, the decision to deploy has to be made before the maximum engagement stage begins.  The maximum engagement stage is the point in time when the passengers are absorbing the most force, so the airbags need to deploy before this stage.  In fact, the more time that the airbags are inflated before this stage begins, the better, since human occupants will start to absorb crash forces from the moment of impact.

In many cases, the decision to deploy the airbags is made in about 15 to 50 milliseconds.

When Do Airbags Deploy? 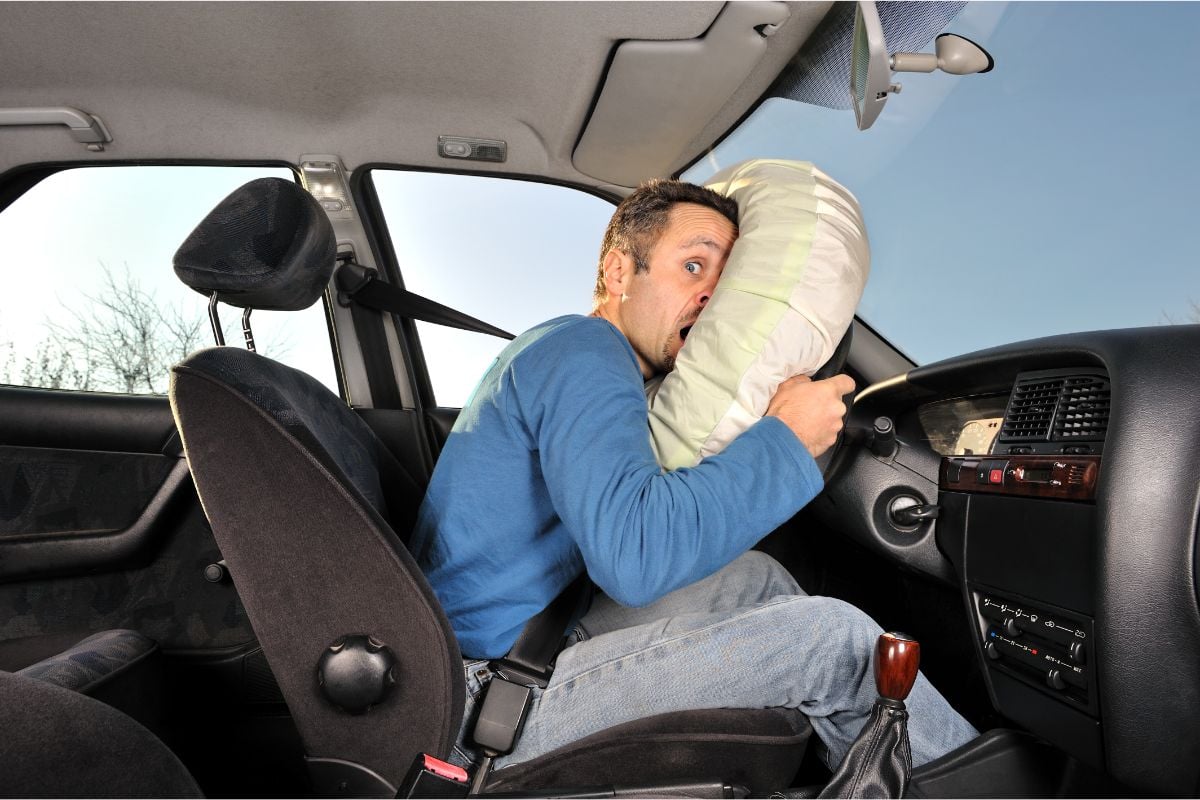 Whenever the vehicle is turned on, its airbag control module  or ACM (also known as the EDR or the “black box”) is getting readings from accelerometers, gyrometers, and other types of sensory equipment from around the vehicle. This piece of equipment is constantly monitoring these sensors for signs of an imminent accident.

When the ACM detects the signs of imminent accident, it starts to record.  These signs include higher than normal accelerations on several pieces of equipment that are meant to detect the early signs of a car crash.  As soon as these parameters that indicate a car crash are met, the ACM sends a signal to the airbags to deploy.

The entire process can take about 15 milliseconds.

The decision to deploy the airbags has to be made by several different sensors.  If it was reliant only on the overall acceleration or impact sensors, then the airbags would deploy too late to actually be effective.  If the parameters are set too low, or there are not enough sensors to transmit data and make the acceleration decision, the airbags could deploy too soon, or deploy when no crash has occurred. 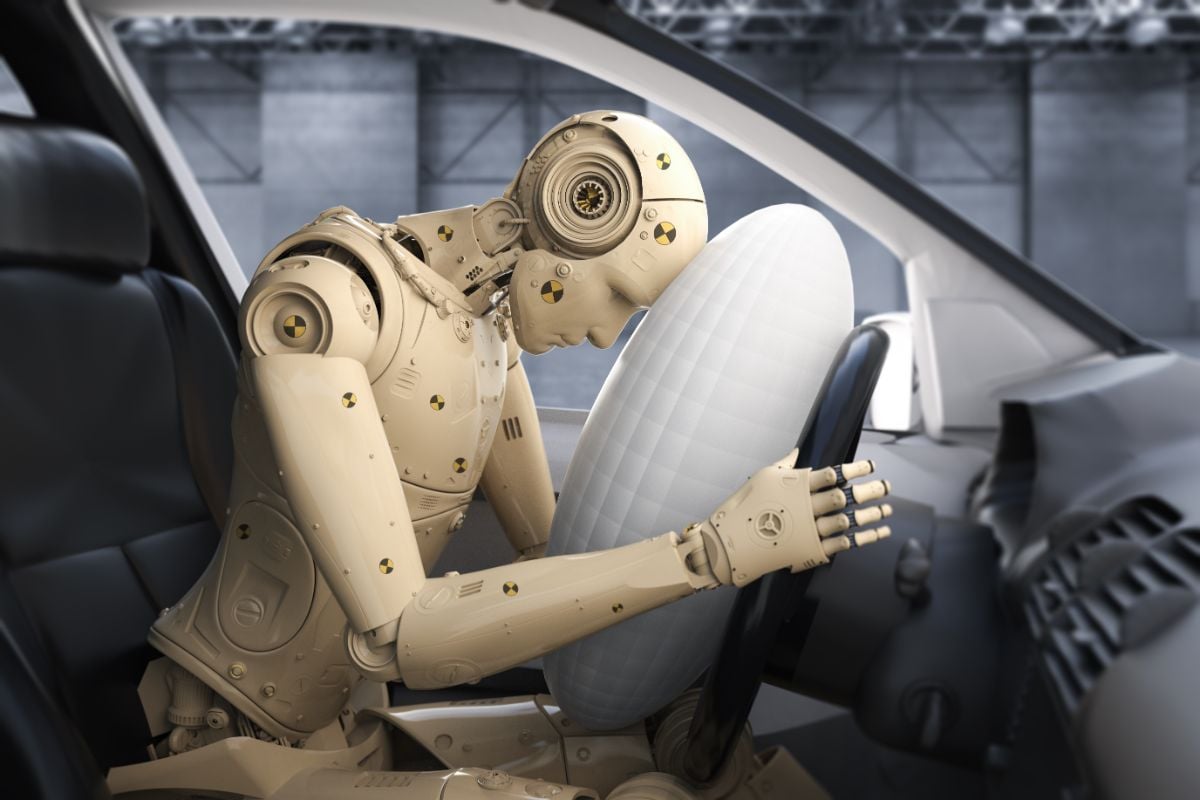 In order for airbags to inflate as quickly as they do, a chemical reaction occurs at an extremely high rate.  For people who are sitting close to the airbags, this could mean that there is a possibility of getting a light chemical burn from the reactants.  People who have experienced this have said that it’s most similar to a sunburn.

It’s also important to realize that airbags deploy with a large amount of force.  For small children, this force can be more harmful than the forces that they would experience during a crash.  For this reason, it’s recommended that children who are sitting in the front seat of a vehicle turn off the airbags.

If your vehicle has airbags, it’s important to understand how they work so that you can make the best decision for you and your passengers regarding their safety.