Our love affair with automobiles has only grown since its humble beginnings more than 100 years ago. Since Henry Ford began tinkering with the ‘assembly line’ concept, the automobile has become more than a functional machine to make life easier and quicker; it is a thing of beauty, speed, and innovation.

The luxury automobile market continues to evolve as innovation and technology lead the way. However, most of the manufacturers who make the list have been firmly established. Not all have had an easy go of it, but in the end, our love of cars won out.

So, what are the ten most luxurious car brands in the world?

Contents Show
1. Bentley Motors Envisioned Luxury With Technological Sophistication.
2. Rolls Royce’s Ethos Is Inspiring Greatness.
3. Ferrari Is Italy’s Answer To Grace, Performance, And Speed.
4. Porsche Offers Luxury And Speed In Their Vehicles.
5. Bugatti – German Luxury That Outperforms.
6. Lamborghini Conquers Speed & Handling With Ease.
7. BMW’s Luxury Cars Are Now Available in Electric Models.
8. Mercedes Benz Offers the Best Or Nothing.
9. Audi Offers A Large Variety of Luxury Sports Cars and Sedans.
10. Lincoln Motor Company Is The Only American Company To Make the Most Luxurious Car Brands in the World.
FAQs
What is the fastest luxury car in the world?
What is the fastest luxury electric vehicle?
Is there a difference between a vintage, classic, & antique car? If so, how do they differ?

Bentley Motors was established more than a century ago, in 1919, by W.O. Bentley and now employs more than 4,000 employees. The Bentley is an exceptional automobile built by extraordinary talent, craftsmen, and the finest available materials. W.O.

Bentley’s vision of masterful engineering, technological innovation, and luxury has led the market for many decades. Bentley is also among the leading sustainable luxury automobile manufacturers in the world.

Bentley Motors, with its handcrafted luxury machines, understand the unique relationship that exists between those who design luxury cars and those who love to drive the best. Currently, Bentley offers a variety of unrivaled luxury automobiles; each model is available in a variety of styles and optional features –

Ready to build your own Bentley? Check out their configurator online. Or save a few bucks and consider a pre-owned Bentley. 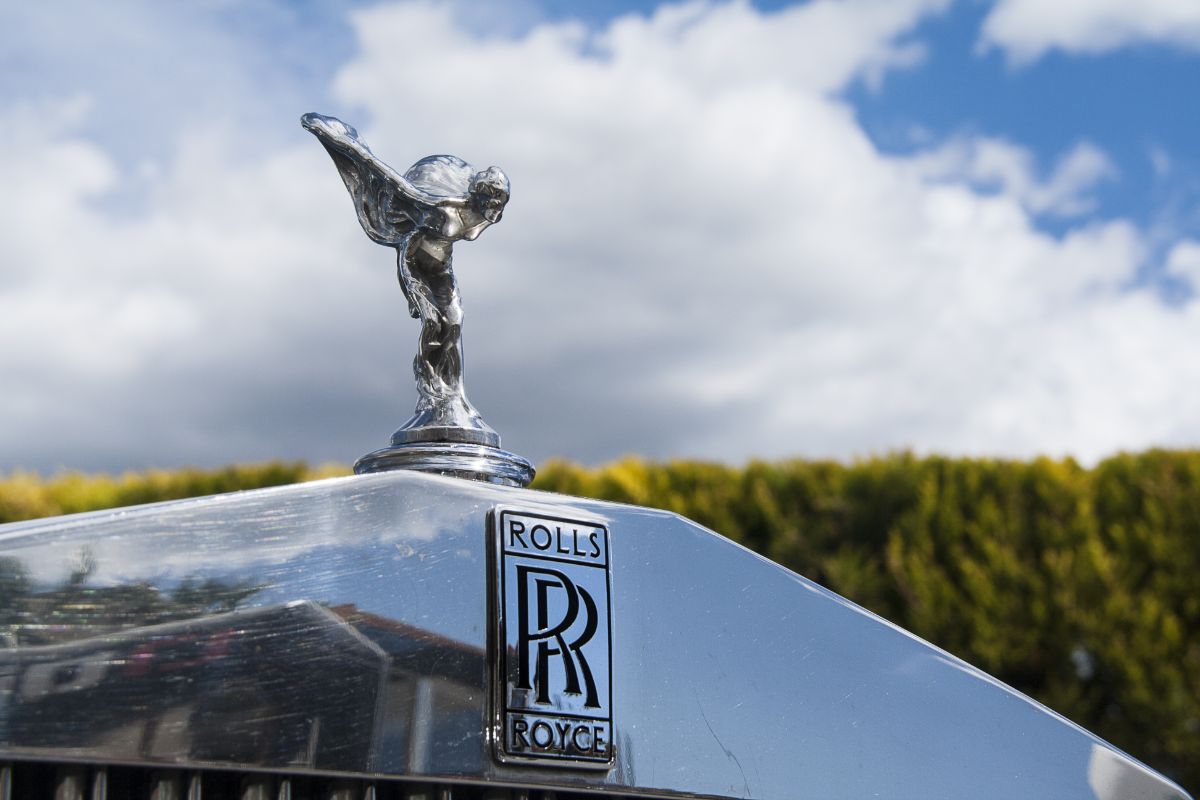 Established in 1904 in Manchester, England, Rolls-Royce is a luxury car manufacturer headquartered in Britain. This luxury automobile business began as a partnership between Charles Rolls and Henry Royce.

While Royce was known for his superior crane engineering, the two business partners chose to apply the technology to make the finest cars in the world. Their incredible engines were used in the First World War, and ultimately Rolls Royce began manufacturing jet engines in 1940.

Rolls-Royce’s mission is to remain pioneers of innovative technology that can provide safe, clean, and competitive solutions to the world’s power requirements. In fact, in the late 1980s, Rolls-Royce was the second most widely known brand, only beaten by the brand Coco-Cola.

The first car made by Rolls-Royce was a two-cylinder, known as the Royce 10. Currently, Rolls Royce offers these luxury automobile options –

Rolls-Royce acquired Bentley Motors during the Great Depression in 1931. And while Bentley was a competitor, Rolls-Royce recognized the value of the assets and Bentley’s reputation.

3. Ferrari Is Italy’s Answer To Grace, Performance, And Speed.

Ferrari S.p.A. is an Italian automobile manufacturer of luxury sports cars. Headquartered in Maranello, Italy, Ferrari is a brand that was founded by Enzo Ferrari in 1939. Enzo was a part of the Alfa Romeo racing team before branching out on his own.

Ferrari was founded in 1939, and the company constructed its first automobile in 1940. The first Ferrari-badged auto was produced in 1947.

In the late 1960s, Fiat acquired half of Ferrari and expanded its holding to 90% several decades later. Still, the company never stopped its participation in the sport of car racing – especially in Formula One – noted to be the oldest and among the most successful automobile racing teams across the globe.

Although there have been several iterations of Ferrari owners, by 2021, Ferrari was ultimately recognized as the 10th largest automobile manufacturer in terms of market capitalization.

The Ferrari auto is synonymous with luxury, speed, and wealth. These are among the vehicles offered by Ferrari –

For the luxury sports driver, Ferrari is unparalleled.

4. Porsche Offers Luxury And Speed In Their Vehicles.

The Porsche automobile manufacturing company was founded in 1931. Porsche is headquartered in Stuttgart, Germany, with Volkswagen AG owning and holding a majority stake in the company. Initially, Porsche offered consulting and auto development work, with its first cars ordered by the German government to be built for the public.

While the Volkswagen Beetle was the result, many of its successful components were used in 1939 when Porsche first developed the Porsche 64.

Porsche is recognized for its high-performance luxury sports vehicles. Their current automobile offerings include –

In 2021, Porsche announced that it would open its first manufacturing facility outside of Europe in Malaysia. The company delivered nearly 302,000 luxury cars across the globe in 2021.

Automobiles Ettore Bugatti is a manufacturer of high-performance cars that was founded in Mosheim, Alsace, in 1909 – what was then a German city. The founder was of Italian descent, with a background in industrial design.

Bugatti automobiles were classically known for their beautiful design, plus the many racing victories achieved by the cars designed by Bugatti. According to Ettore Bugatti, “Nothing is too beautiful, nothing is too expensive.”

The most famous Bugatti autos include –

While the company struggled after the death of Ettore Bugatti and his son, it was ultimately sold for its airplane parts business and manufacturing capabilities. However, in the late 1980s, an Italian Entrepreneur purchased and revived the brand. Currently, Bugatti offers these luxury automobile models –

Lamborghini is a celebrated Italian manufacturer of luxury sports cars and Sport-Utility-Vehicles. Headquartered in Sant’Agata Bolognese (which is in Northern Italy), Lamborghini was founded in the mid-1960s by Ferruccio Lamborghini, a manufacturing magnate, to compete with the Ferrari luxury racecar brand.

The Lamborghini brand is known for its rear/mid-engine placement and rear-wheel transmission and drive. Although quite successful during its initial decade, the 1973 oil crisis threw Lamborghini into a financial whirlwind and ultimately a crisis.

Through various owners (including Chrysler), Lamborghini was eventually acquired by Volkswagen and is now controlled by VW’s Audi division.

BMW (Bavarian Motor Works) is a luxury automobile manufacturing company that was founded in Germany in 1916 to build aircraft engines. BMW offers various luxury vehicles, including motorcycles and the infamous ‘Mini,’ although much of the company’s history involves participating in competitive motorsports.

BMW evolved into an automobile manufacturing company at the end of the 1920s, with the first BMS 3/15, also known as the Dixi.

BMW is headquartered in Munich but has manufacturing plants throughout the world in Brazil, the United States, the United Kingdom, China, India, Mexico, South Africa, and the Netherlands, among others.

8. Mercedes Benz Offers the Best Or Nothing.

Established in 1926, Mercedes Benz is a German manufacturer of luxury and commercial vehicles. The Mercedes Benz Patent – Motorwagen is often considered the first self-propelled, internal combustion engine ever crafted for an automobile.

Mercedes Benz is recognized to be among the most innovative luxury car companies, developing cutting-edge technology, including the airbag and a safer braking system, among others. By 2018, Mercedes Benz had become the largest luxury manufacturer in the world, with sales that exceeded 2.3 million.

Audi AG, more often known as Audi, is a luxury car manufacturer that is headquartered in Bavaria, Germany. Audi is now owned by Volkswagen Group but has nine manufacturing facilities worldwide.

The company was founded in the early part of the 20th century, although Audi’s modern era can be traced back to the decade that began in the 1960s when the Audi F103 was launched. Audi’s slogan is ‘Being Ahead Through Technology.’ It is considered among the best-selling luxury car brands worldwide.

10. Lincoln Motor Company Is The Only American Company To Make the Most Luxurious Car Brands in the World. 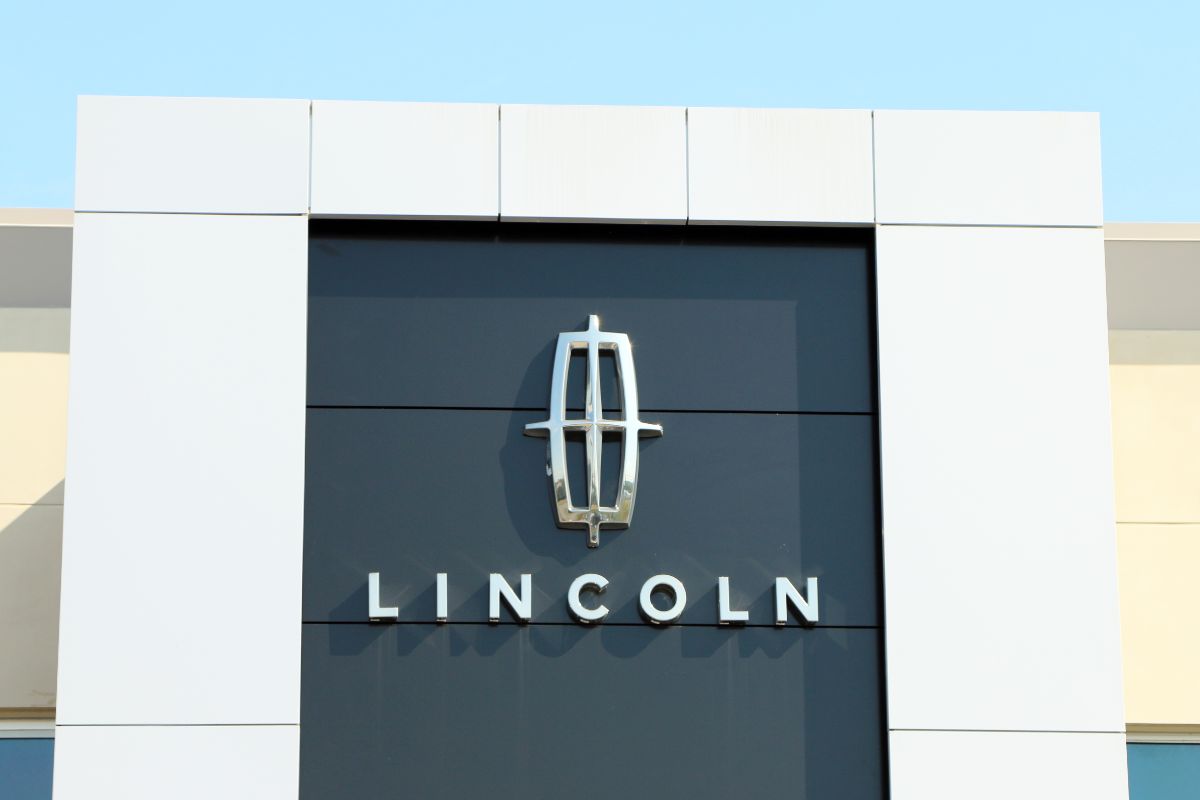 Lincoln Motor Company is responsible for developing the first concept of the personal luxury vehicle, which debuted as the Lincoln Continental in 1940.

These are the current luxury model automobiles offered by Lincoln –

Like most cutting-edge companies, Lincoln has entered the now-crowded electric car market with peak power and luxury at your fingertips. Lincoln offers these plug-in hybrid luxury cars –

Lincoln also offers the ultimate in driving with their Black Label, a membership that provides excellent benefits, like premium maintenance for four years (or 50,000 miles) and a pickup and delivery service (with a loaner car) when assistance is needed. The Black Label is available as a Nautilus, an Aviator, and a Navigator.

What is the fastest luxury car in the world?

What is the fastest luxury electric vehicle?

The fully electric best luxury automobile (termed a hypercar) is considered the Rimac Nevera. Powered by a 120kWh battery with four electric motors, the Rimac Nevera also includes 13 cameras and a top land speed of 258 miles per hour. This luxury speedster reaches 60 miles per hour in 1.85 seconds and is handcrafted in Croatia.

Is there a difference between a vintage, classic, & antique car? If so, how do they differ?

The primary difference between these automobile ‘statuses’ is age and historical status. A vintage car was typically manufactured between 1919 and 1930 and may include restored to its original condition cars. An antique car should be at least 45 years old.

A classic car is one that is 20 years old or older. Note that classic, vintage, and antique cars should ideally carry ‘collector car insurance to ensure the true value is measured should a loss occur.