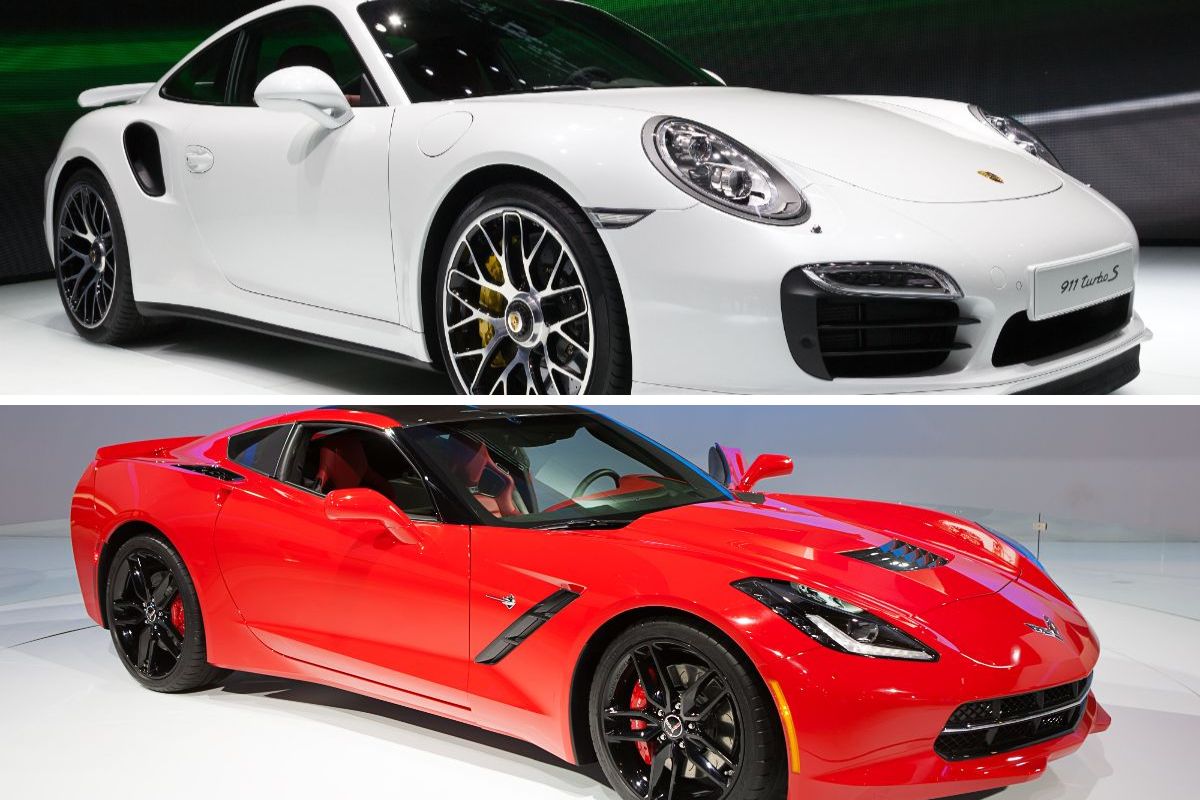 There’s nothing like the intense roar of a sports car. The sound of that engine is like auditory love. It’s exciting to think about how fast those cars can zoom off.

The power behind that gas pedal makes you wish roads didn’t have speed limits. To see one of these beauties be let loose on an open road would be a gift in itself.

So, when you have two high-performance vehicles next to each other, it might be tough to decide which one would suit you best. From design to fuel economy, you have to pick apart each detail in order to really figure out what could be the right fit.

The reason is that they’re both so highly acclaimed that the differences are more nuanced. Even the most knowledgeable of car guys would take their time weighing each feature to pick a winner.

If you’d like to learn more about the Porsche 911 or Corvette Stingray, get in gear! We’re about to go through everything you need to know about each supercar and how they stack up against one another. 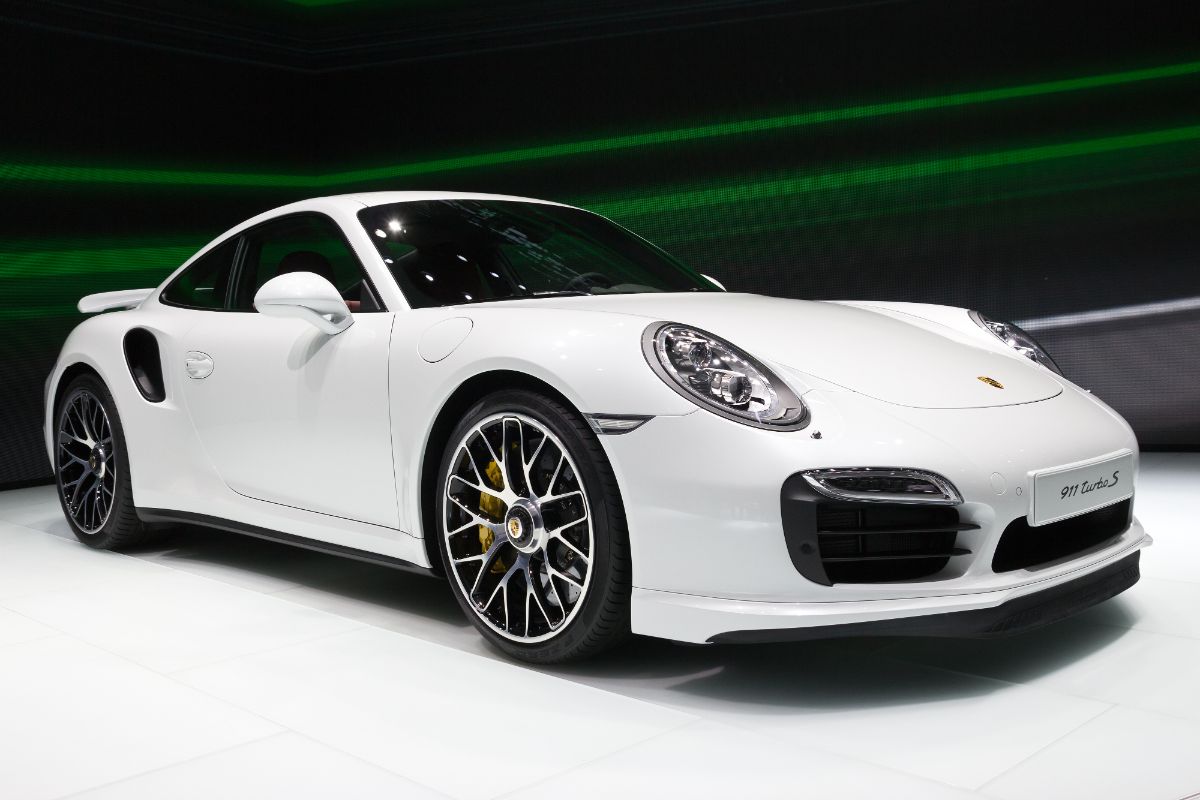 In production since the mid-60s, this two-door sports car originated in Germany. Originally called Porsche 901, there were just over 80 units manufactured before hitting the market in 1965.

Today, they have amassed such popularity that there are 110 of these Porsches coming off the assembly line daily. This model holds an award for the most mass-produced sports car and they all come from the same factory in Stuggart, Germany.

Despite its use by ordinary folks, the 911 was built to race and is one of the most successful cars to do so. A specialty build called GT2 RS MR ran the fastest lap around Nurburgring and has yet to be beaten. The GT2 is just one of two dozen variants of the 911.

One thing that brings car lovers of every budget type together around the 911 is the price. While it is typically associated with lots of money, the multiple trims give a broader price range.

At least, that’s how the makers look at the car in comparison with similar types like Ferrari. If that’s not worthy of being voted Car of the Century, not sure what is. Which it was awarded just that in 1999.

What is the Corvette Stingray 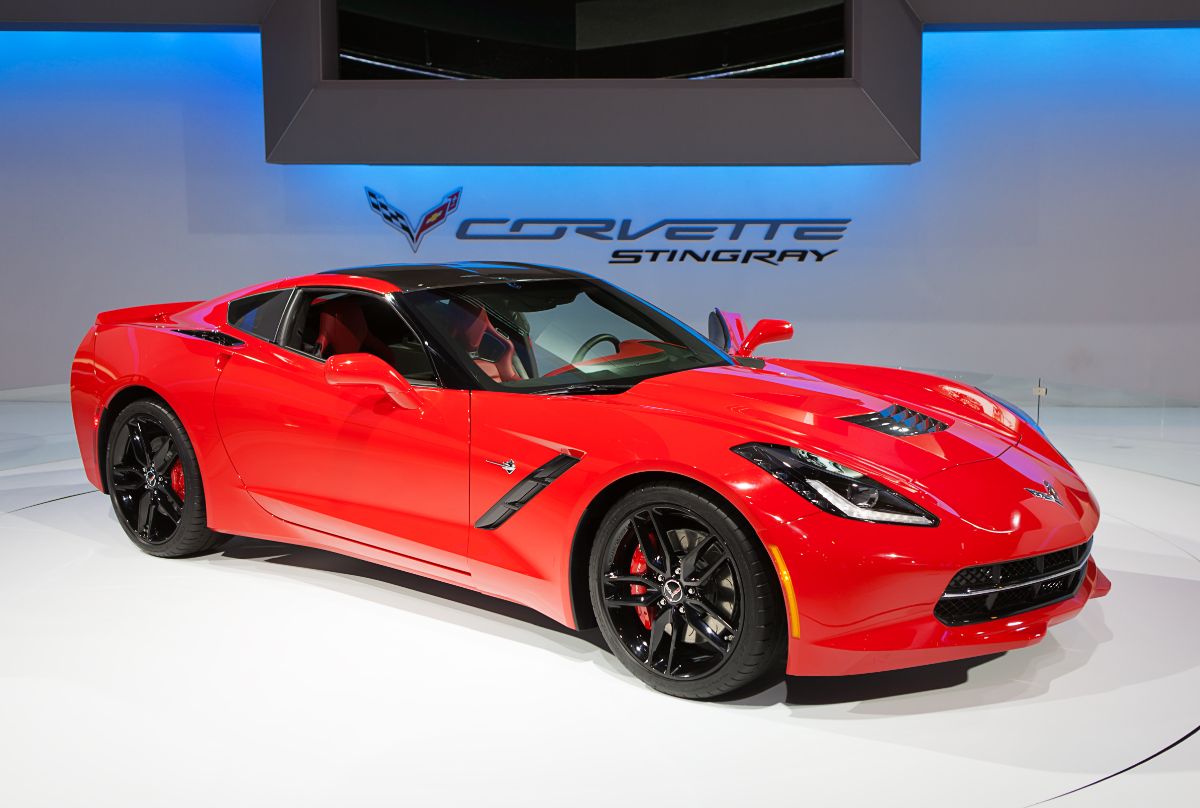 The luxury sports car produced by Chevrolet was presented to the public first in 1953. Known as America’s Sports Car, the Corvette didn’t become a Stingray until the second generation, starting a decade later.

That wasn’t the first glimpse we caught of the future powerhouse vehicle, though. Stingray started out as a concept car in 1959 for racing. 1963 is when everyone else was able to take one home.

The sports car immediately stuck out to those who saw it because of its unique appearance. Inspiration for those curves comes from the ocean, not surprising considering the name is Stingray.

However, it was not that aquatic creature that caught Bill Mitchell’s eye. It was, in fact, the Mako Shark that he came across while deep-sea fishing. Since the beginning, this Corvette has been a car that is all over pop culture.

In 2009, in honor of the 50th anniversary, a new concept Stingray came out. It was so popular that it won a starring role in the second installment of the major motion picture series Transformers.

Don’t be worried, though. All that hype hasn’t turned this sports car into a diva. The current version is the fastest Stingray yet, hitting 60 mph in three seconds.

If you were to see these cars side by side in the parking lot, the first thing you would notice is the divergence in appearance. Both have a style all of their own.

In truth, the Porsche and the Chevy models have a lot more in common than they don’t. Built for racing and now part of the mainstream, there’s little to set them apart, but there are some things.

Let’s take a peek under the hood, shall we? 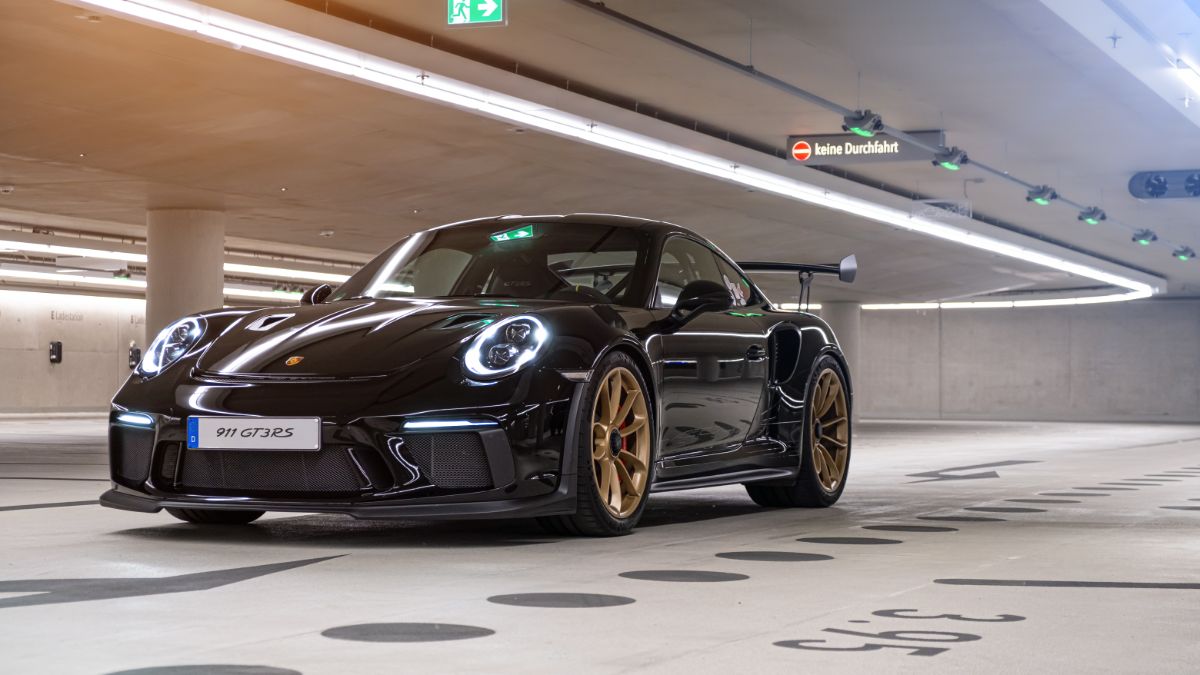 Depending on what you do more of, city or highway driving, that might edge out the competition. However, it won’t be by a whole lot. Porsche has better fuel economy with 18 miles per gallon in the city and 25 on the highway.

That gives us a total of 21.5 miles per gallon combined. Stingray is just under that figure at 16 city and 24 highway miles, a combined mpg of 20.

It’s probably not all that surprising that the more expensive option, 911, has a higher premium. However, both cars top out the scale as being some of the most expensive to insure. Even so, on average, the 911 is about $1,000 more a year than the Stingray.

Being a driver not in their 20s can be a big help as well, as can being a woman. The sad truth is that young men, more than any other demographic, wreak havoc on the roads. They are viewed by insurance companies as being irresponsible and, overall, can be unsafe drivers.

Of course, not every teenage guy with a license burning a hole in his wallet is a bad driver. Just like not every woman is a better driver, they just seem to be more cautious than men.

There is only .1 second difference between the speeds of these cars. For the 911, it takes 2.9 seconds to reach 60 mph. In the Stingray, 2.8. That .1 second is only going to matter on the racetrack.

In normal life, it’s really not going to make a difference either way. There are very few places where you can just let cars run wild on the road.

While it’s a cool spec to use for comparison, it’s not one that’s going to make or break a purchase. At the end of the day, the Chevy and the Porsche are incredibly fast vehicles that would be the talk of the block. 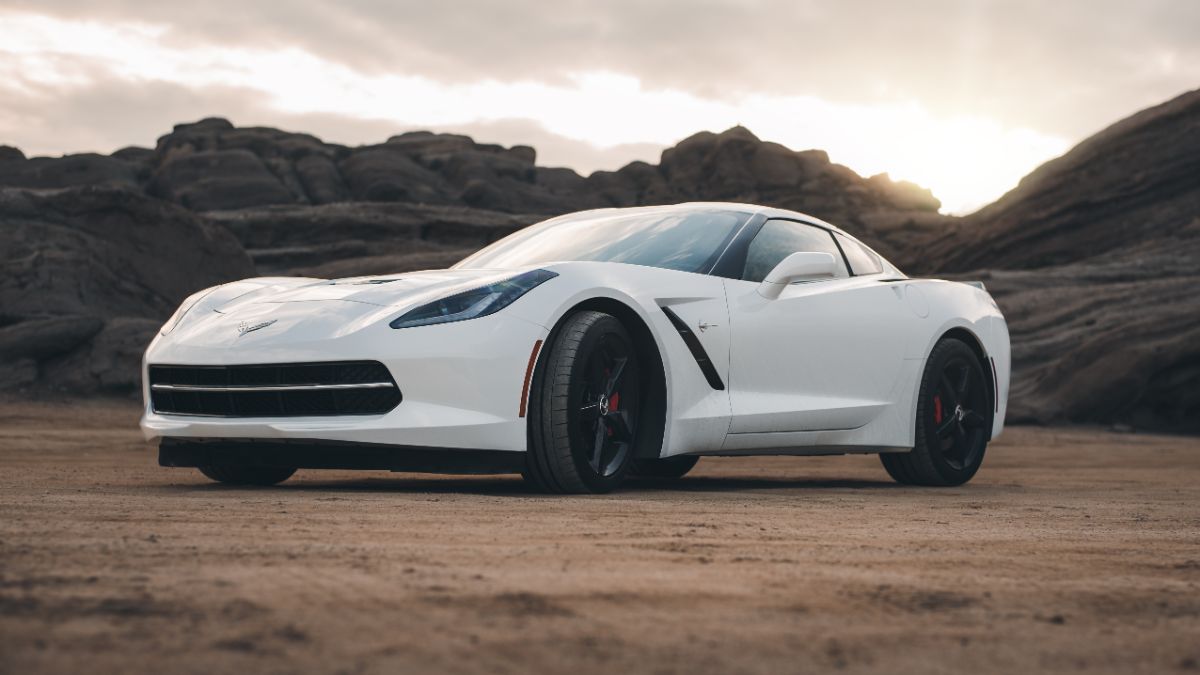 One detail that can make a major difference in top-of-the-line vehicles is weight. Both of these guys were born to race and every ounce counts. Thanks to the trim, the Stingray is heavier than the 911 by over 200 pounds.

That may sound like a lot, and it is a legitimate amount of substance, but in cars that weigh over 3,000 pounds, it might not be as noticeable as you think.

There’s one clear winner when it comes to budget. Although to be fair, if you’re thinking about purchasing either car, it’s likely that there’s room in your bank account and garage. Let’s start with the Porsche. Hitting up the dealership to take one of these bad boys home would set you back about $102,000.

That’s the first point of negotiation, it only goes up from there. Coming in at almost $40,000 less is the Stingray. That’s still a chunk of change, but it’s more attainable for many consumers.

Similar to the 911, you could customize the trims and accessories and that would change the price. For cars that cost as much as these two do, you’d think they’d already come with all the bells and whistles. 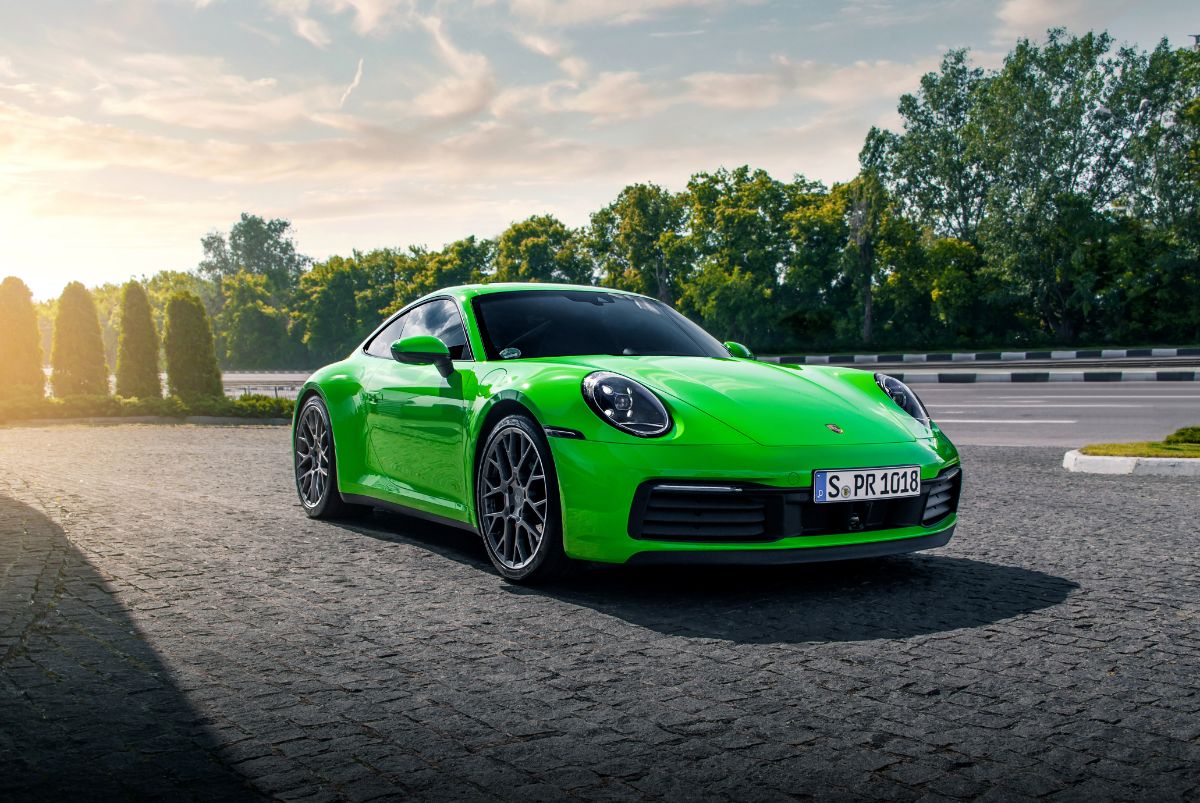 The best aspect about owning either of these cars is how much engineering went into them. They easily overshadow everything else on the market.

Although you won’t be able to show off that intense speed on a normal day, you can always meet up with your buddies and take it to a race track that allows street cars to drive. I shouldn’t have to warn you of the dangers of such an adventure, but please be cautious if you engage in such activities.

This isn’t a road trip car and you can’t pile a family inside. What you can do is feel the yearning of the engine through the steering wheel and love every second of being behind it. You buy these cars to show off and live a little.

This sports car is good for zipping around the city and highways and is slightly better at fuel consumption. Due to the size of a 911, there’s no parking spot it can’t fit in. The ride is as smooth as silk and exudes luxury. Driving one around is going to bump you up a few notches on the car club tally as it’s quite the status symbol.

Purchasing a Stingray will save you some cash in comparison to the 911 and other high-performance vehicles in both cost and insurance premiums. This car is as reliable as it is fast. Known for a more exotic look, you will feel like a movie star driving it around.

When I look at these two vehicles, my immediate reaction is they remind me of contrasting settings. On one hand, the Porsche 911 gives me Bond vibes.

Perhaps that has something to do with the 911 Carrera 4 being in Die Another Day, Pierce Brosnan’s last foray as the titular character back in 2002. I know that it’s German but it exudes British-ness, thanks to big screen magic. See, the Stingray isn’t the only movie star.

What I see when I look at the Corvette is more of a Fast and Furious feel. It’s a muscle car that goes incredibly fast in potentially dangerous situations. Once again, that’s the movies talking. To clarify, there was a Corvette in Fast 8.

These two have a majority of their internal makeup in common. So, how does one differentiate what matters? If I had to pick one, I’d take the Stingray. The design is sort of the definition of wow.

Ultimately, that price point would feel a lot more comfortable when the Porsche doesn’t really have a good reason for costing that much more.  So, if you’re in this situation now, it might be the name Porsche that makes it worth it to you or the long history of Chevrolet that makes it more attractive.

Think about what you’re going for and what would fit your life the best. Neither of these options are family cars. This is for you and a guest to feel the wind through your hair.