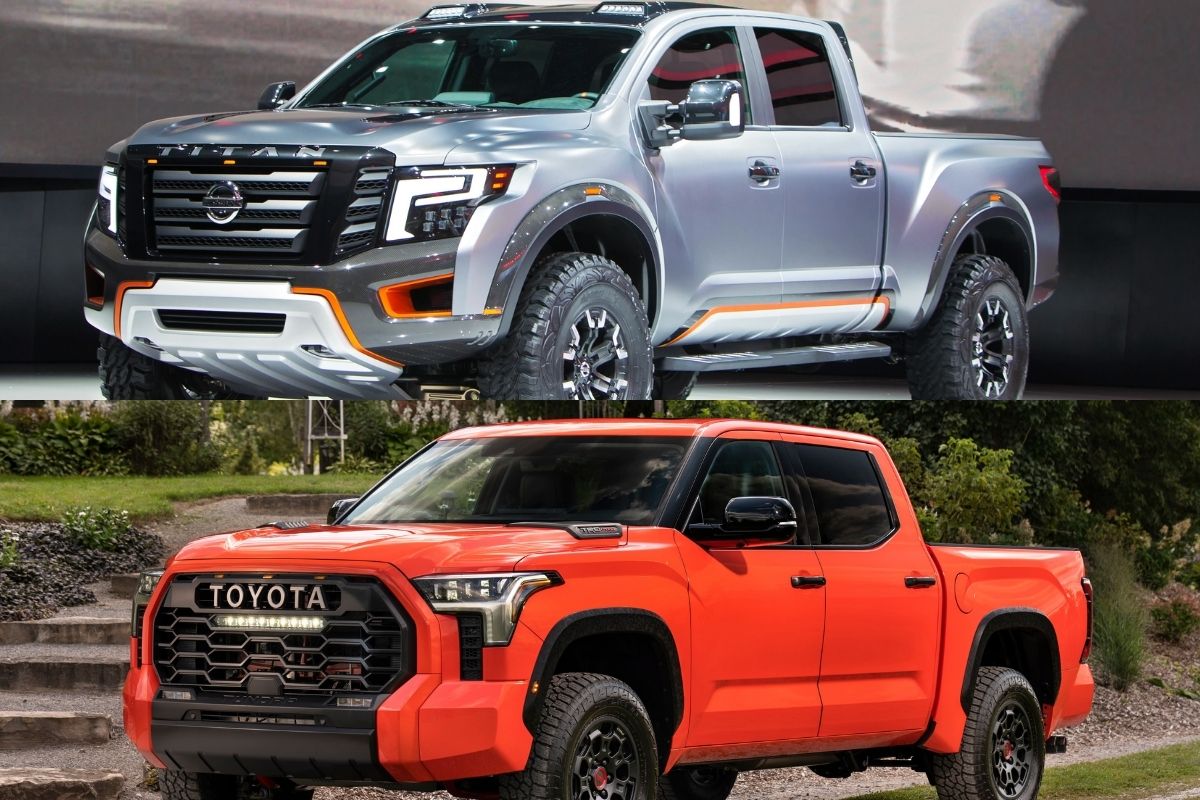 When it comes to purchasing a truck, the market sure is flooded with them! It’s easy to feel overwhelmed and think that nothing is new to be found. That couldn’t be far from the truth because there are a lot of differences between trucks, like power, size, and price point.

I find the Nissan Titan and Toyota Tundra to be great tow trucks engineered for maximum robustness. Both can transport heavy cargo over rough terrain with confidence. You can use them for heavy commercial towing, flatbed haulage, agricultural usage, etc.

I know that deciding which one to buy can be challenging, since both offer excellent qualities. I’ve been following these trucks for a while now but have written nothing about them until now. So, I put them head to head in this article for you to make it easier to choose which one is the best fit for your needs!

What Is a Nissan Titan? 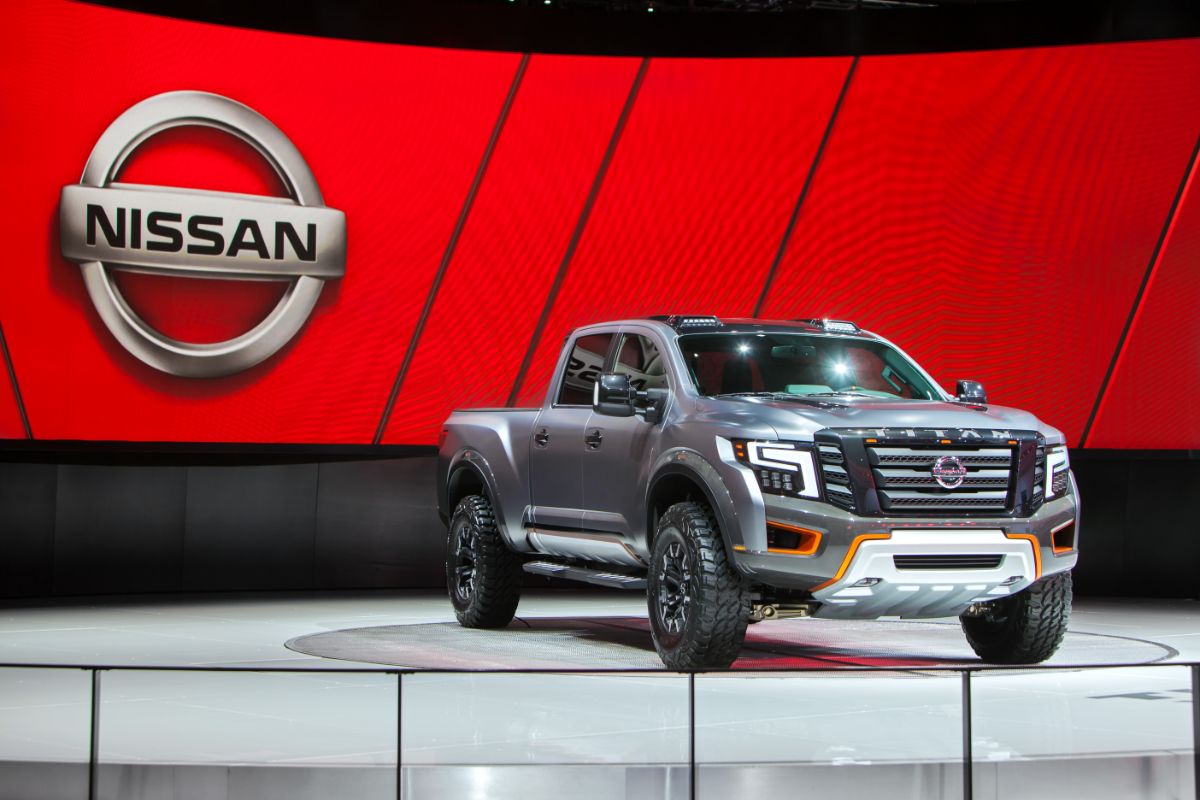 The Nissan Titan is a full-size pickup truck available in three different cab configurations; XD Crew Cab, crew cab, and king cab. The body’s construction is based on a ladder frame(body on frame. It’s made in Canton, Mississippi.

The Nissan Titan 2022 has a v8 engine that can easily climb steep grades and tow huge loads. It’s a capable and dependable pickup that comes with an excellent warranty duration. It also outperforms most of its competitors.

What Is a Toyota Tundra?

A Toyota Tundra is an American full-size truck produced by Toyota Motor North America. Toyota released its first generation of Tundra in 1998 and had a choice of 4 different engines. It’s well-known for its long-term dependability, low maintenance costs, and outstanding durability.

Both trucks have amazing features that distinguish them and make one better than the other. Let’s look at some of the features:

A Nissan Titan is a Four-wheel drive with a powerful 5.6 liters v8 engine offering 400 horsepower and 413 torque pound-feet. In addition, it has a high towing capacity that doesn’t affect its acceleration.

It has a 9-speed transmission for improved acceleration, fuel efficiency, and shifting smoothness.

A Toyota Tundra comes with an i-FORCE MAX engine that involves hybrid technology. It offers a twin-turbo V-6 with a 10-speed automatic transmission. With its electric motor and the 3.5L Twin-Turbo V6, the Tundra hybrid engine generates 437 horsepower and 583 pound-feet torque.

Toyota Tundra also allows you to use a twin-turbo V6 engine that offers 389 horsepower and 479 pound-feet torque. Its MPG stands at 17 city / 24 highway with a top speed of 106 MPH. It also uses a coil-spring rear suspension that helps improve the ride and handling capabilities. 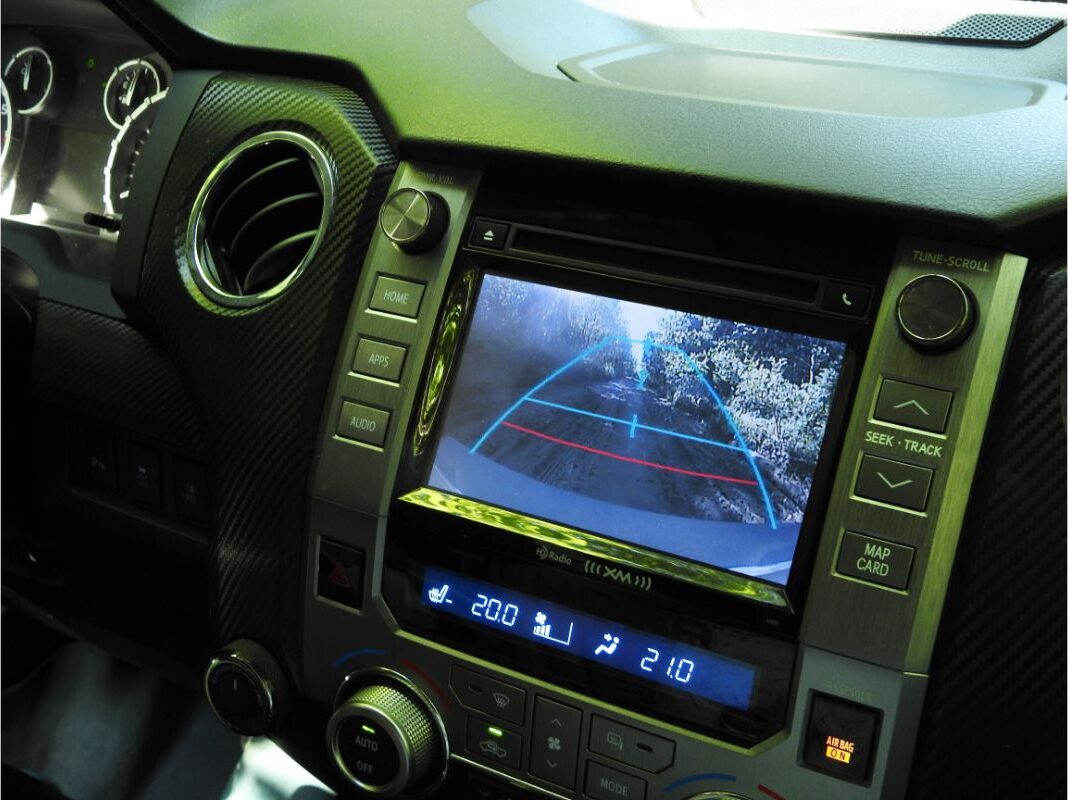 The Nissan Titan comes with a dual panoramic moonroof that gives you excellent views and allows fresh air and natural light. The front seats are comfortable, but some people complain the back seats are not as comfortable. It also has enough legroom and can seat four to six people.

Toyota Tundra comes with a panoramic moonroof, premium leather-trimmed seats, and heated and ventilated seats. In addition, the 1794 edition features American walnut wood trim, which adds to the warmth of the interior.

The Toyota Tundra has plenty of interior space for passengers in the front and back. In addition, there is seating for up to five people, with all seats available. 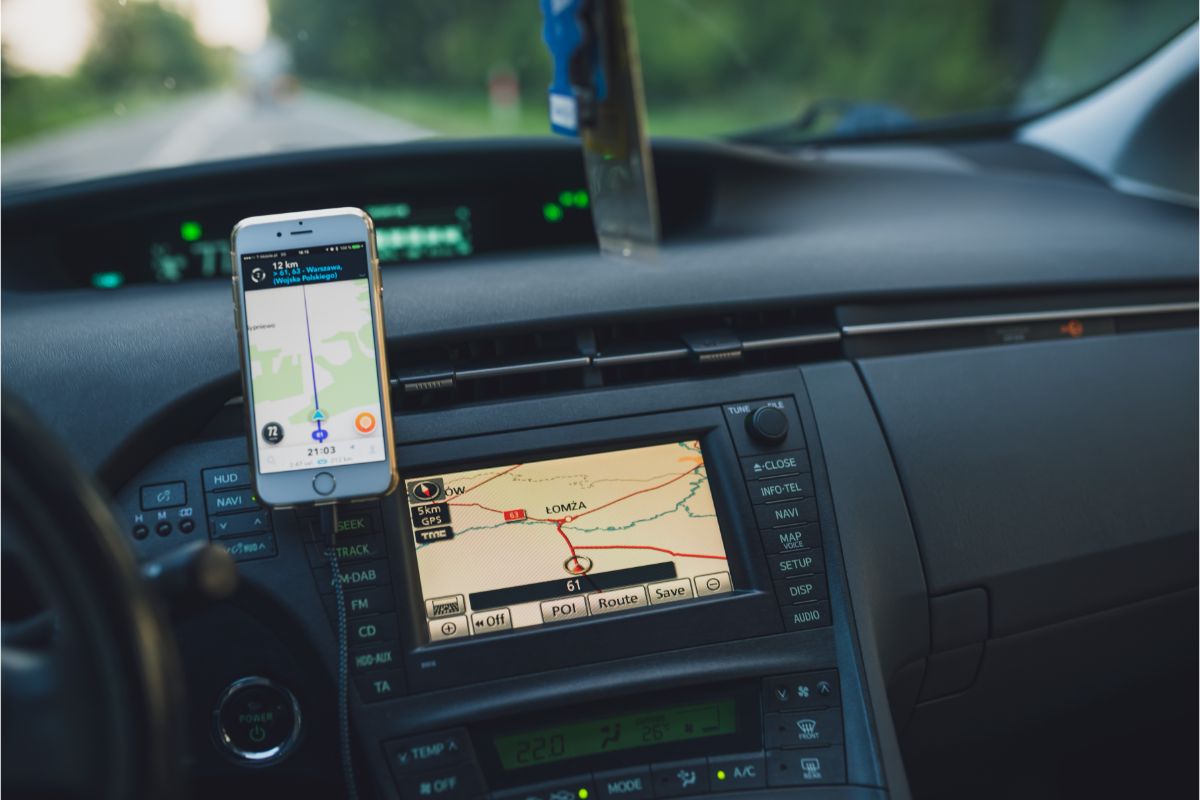 Access crucial information with an integrated Command Center with an 8″ or 9″ touchscreen display. Use the NissanConnect service app with Bluetooth, Apple Carplay, Android Auto to interact with your phone hands-free.

Also, it comes with a Fender premium audio system and a faster-charging USB- Type-C port to keep those tunes up without intervention.

The Toyota Tundra 2022 comes with a Human-Machine Interface (HMI) that uses a 14″ touchscreen that enables you to stay connected to your world throughout. It also comes with JBL Premium Audio System, Wireless Apple CarPlay, Wireless Android Auto, and SiriusXM app. 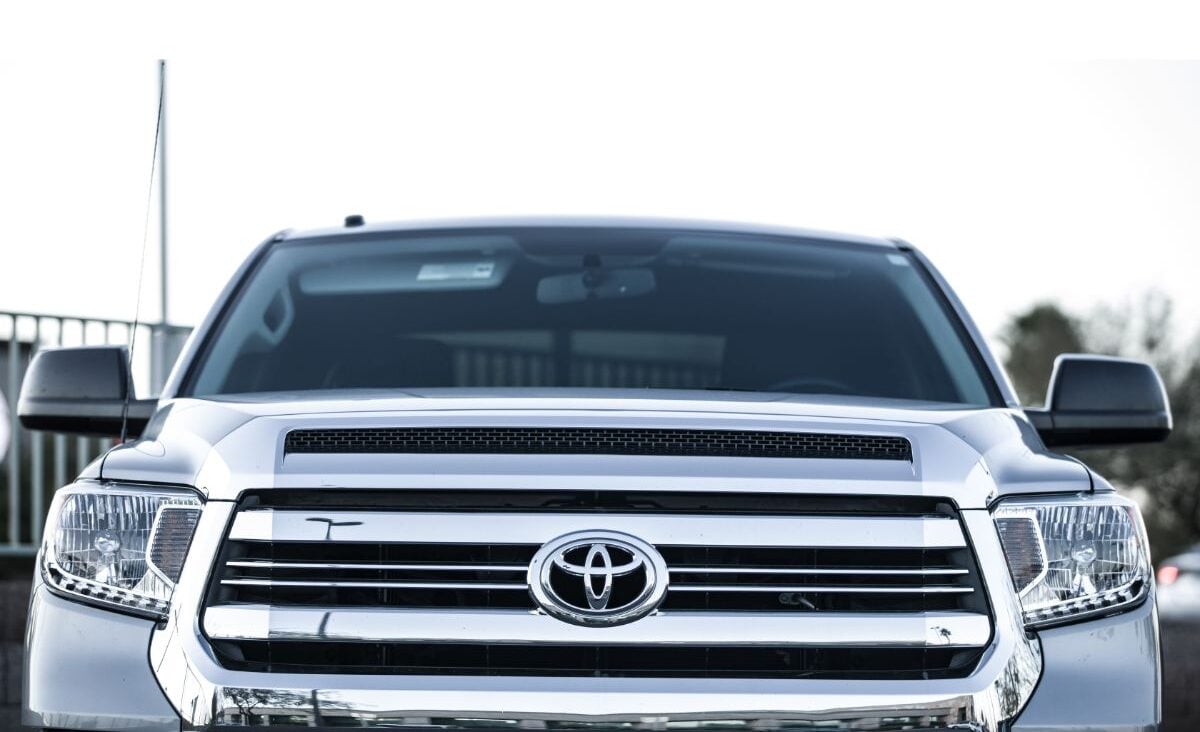 The driver’s assistance system in the Toyota Tundra helps you backup your trailer on a straight path with no hitches. Tundra’s advanced safety technologies include automatic high beams, rear cross-traffic alert, and blind-spot monitoring.

It also has a Panoramic View Monitor (PVM) to enable you to have a 360-degree view. Other safety features include a pre-collision system, pedestrian detection, lane departure alert, among others.

The Nissan Titan answers the needs of towing and payload enthusiasts, with a maximum towing capacity of 9,310 pounds and a payload capacity of up to 1650 pounds with the Crew Cab 4×2.

A vehicle’s durability will depend mainly on its care when driving and the maintenance it receives. With proper maintenance, both Nissan Titan and Toyota Tundra will take you over the 200,000 miles mark.

Nissan Titan offers the best warranty between the two pickups with a five years/100,000 miles limited warranty. On the other hand, Toyota Tundra provides a basic warranty of 36 months/36,000 miles and 5-year / 60,000 miles Powertrain warranty.

Price will depend on the supplier you choose.

Benefits of the Toyota Tundra and Nissan Titan 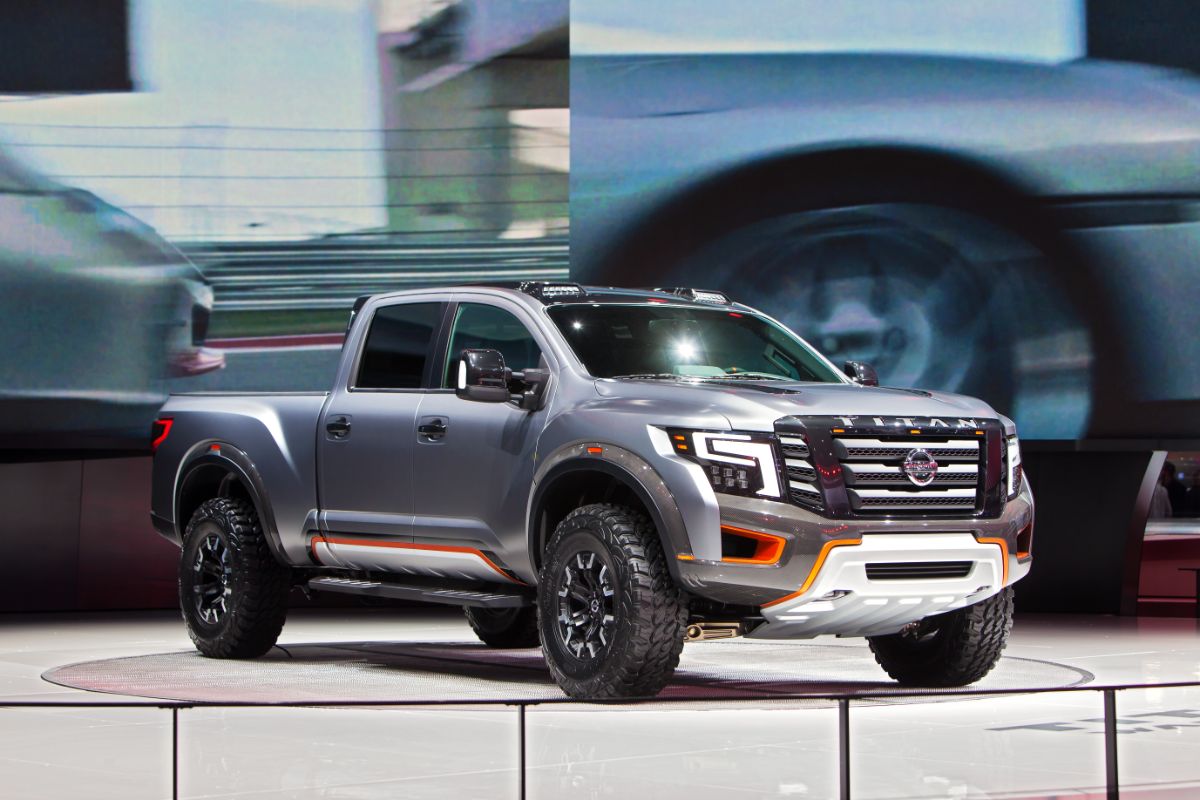 Both cars provide different benefits to their users. Here are some benefits:

Benefits of a Nissan Titan 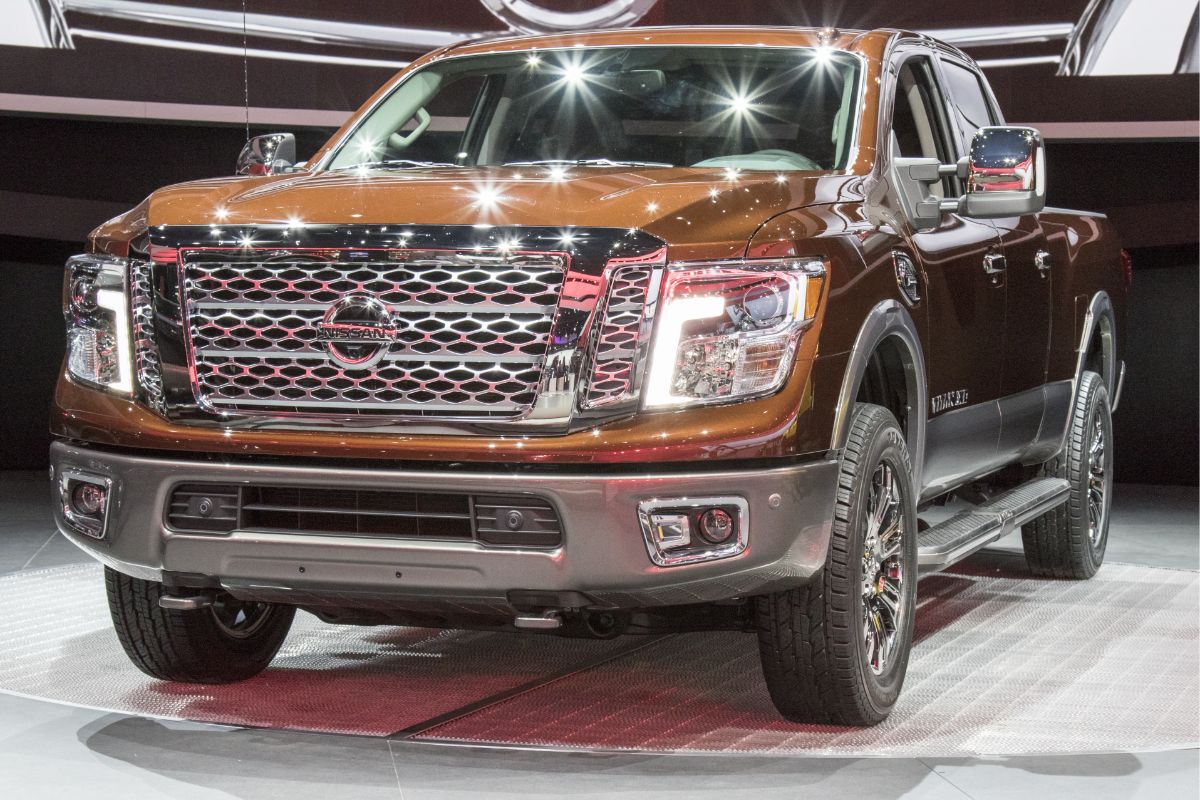 A 5.6-liter V8 engine that produced 305 horsepower and had a maximum towing capacity of 9,400 pounds, with a 385 pound-feet torque powered it. A crew cab was the only body style available. Nissan Titan won the “Most Significant Vehicle of the Year” award in 2004.

The second generation saw the introduction of the Titan XD, which was larger and more powerful. It also had a high towing capacity compared to the earlier version. Nissan keeps enhancing the earlier performance with technology to make the pickup more effective and reliable to fit the American style.

Toyota manufactures the Tundra in the United States and was first introduced in 1999 as a 2000 model year vehicle. It sported a 3.4-liter V6 engine. Toyota produced its first-generation Tundra from 2000 to 2006.It produced the second generation of the Tundra from 2007 to 2013.

It had a 6-speed automatic transmission that worked well with the three engines. It could haul up to 10,000 pounds and had a payload capacity of 2,000 pounds.

The current third generation of the Tundra has been in production since 2014. It has shown significant improvements incorporated with outstanding technological features.

Both vehicles offer almost the same features. The main difference is that the Tundra comes with a hybrid engine and a coil-spring rear suspension that increases its riding and handling capabilities.

That being said, the Nissan Titan always meets my needs because of its fuel economy with a 15 MPG city/21 MPG highway rating. Also, it’s cost-friendly and offers a generous basic warranty compared to a Toyota Tundra.