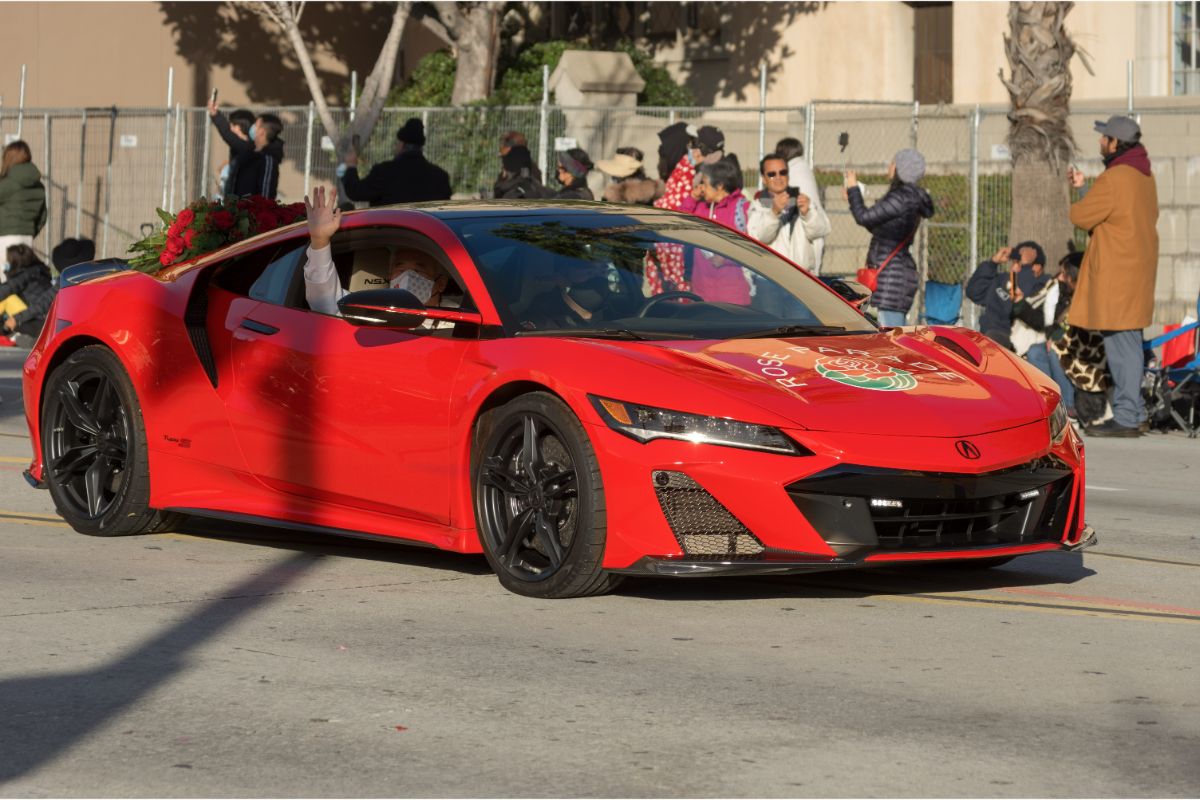 If you’re looking for the ultimate in Acura performance, the NSX Type S is the vehicle for you. With its more powerful engine, updated styling, and sportier suspension tuning, it’s sure to turn heads on the road or track.

The McLaren 720S is another high-performance vehicle with a twin-turbocharged engine, but it has a unique design that sets it apart from other cars in its class. The Ferrari 488 GTB/Spider is a high-performance convertible. 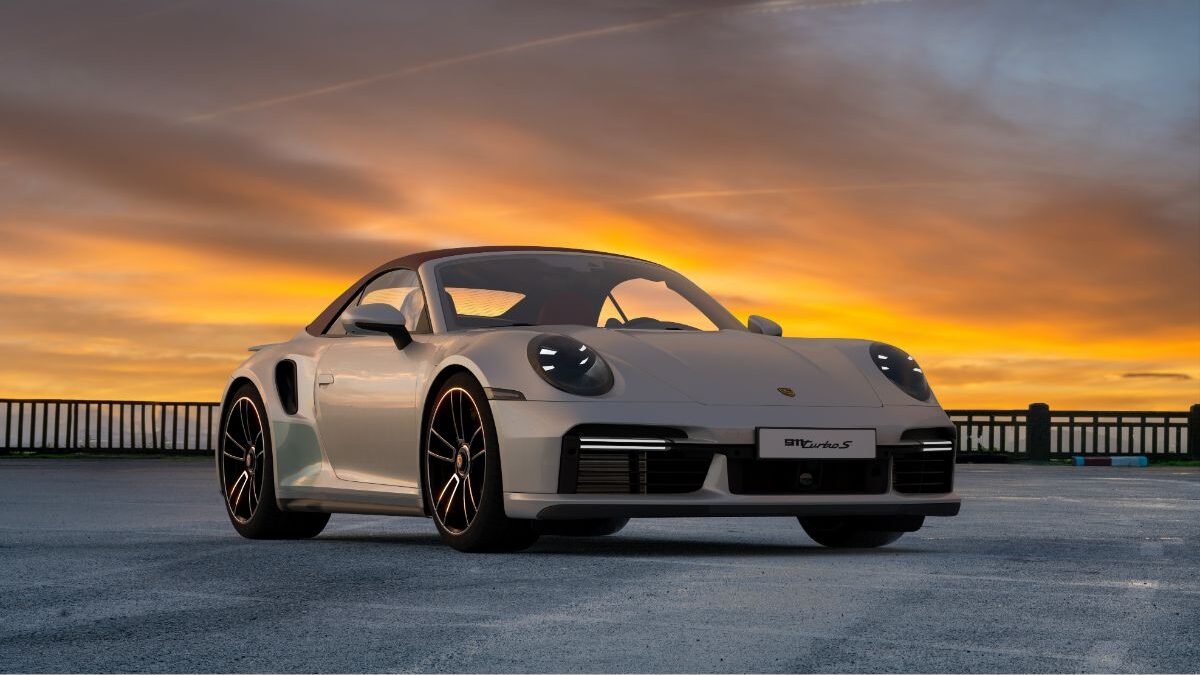 The Porsche 911 Turbo is a high-performance sports car that was first introduced in 1975. The Turbo model is the top-of-the-range 911 model equipped with a twin-turbocharged flat-six engine.

For the 2022 model year, the Porsche 911 Turbo gets a new look, with revised front and rear fascias, new LED headlamps and taillights, and 20-inch wheels. The interior has also been updated with a new 10.9-inch infotainment system, and there are now three different seat options to choose from.

Under the hood, the 911 Turbo continues to be powered by a twin-turbocharged 3.8-liter flat-six engine that produces 572 horsepower and 553 lb-ft of torque. This power is sent to all four wheels via an eight-speed dual-clutch transmission, and Porsche says that the car will accelerate from 0-60 mph in 2.9 seconds and has a top speed of 205 mph.

The Track Precision app for the 911 Turbo uses the car’s onboard sensors to record lap times and compare them with other drivers. 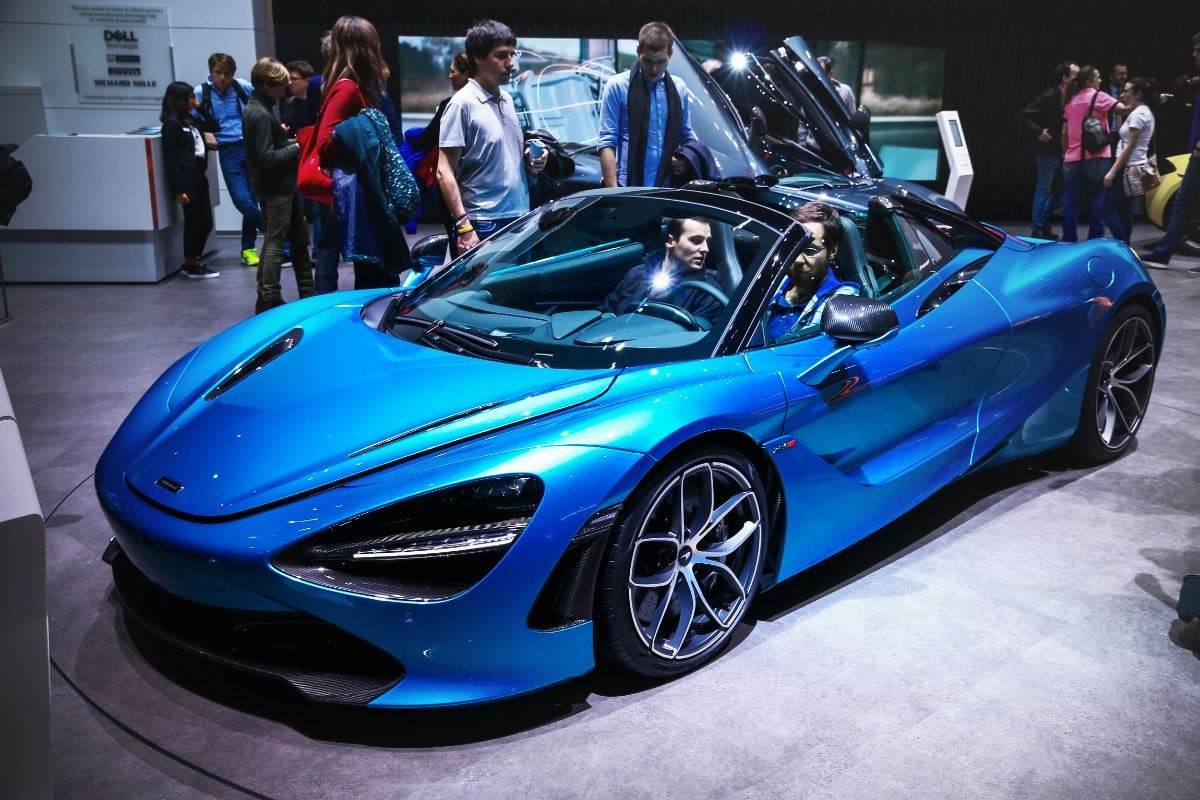 The 720S features a new chassis from carbon fiber, making the car lighter and stiffer than its predecessor. It also has a lower center of gravity, which improves handling and stability. The vehicle is equipped with adaptive dampers and active suspension, which can be adjusted to suit the driver’s preferences.

The 720S has a 7-speed dual-clutch transmission and rear-wheel drive. It comes standard with ceramic brakes and 20-inch wheels.

The interior of the 720S features leather upholstery and electric seats. It also has a McLaren Audio system with 12 speakers, Bluetooth connectivity, and a touch screen infotainment system. 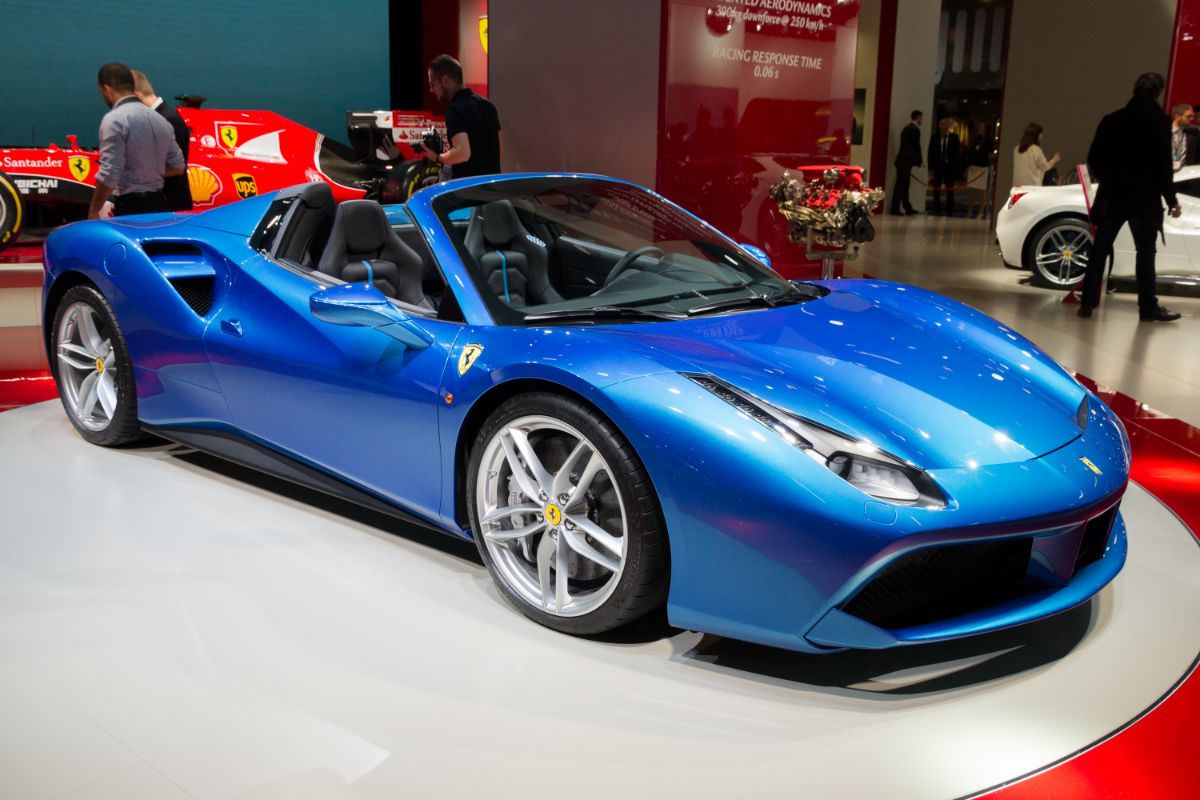 The Ferrari 488 GTB/Spider is a high-performance sports car produced by the Italian automaker Ferrari.

The 488GTB was designed with aerodynamics in mind and featured several aerodynamic elements to improve downforce and cooling while reducing drag. These include an active front diffuser, underbody vortex generators, side skirts, rear diffuser, and rear spoiler. The car’s bodywork is made entirely from aluminum, and its chassis utilizes a carbon fiber monocoque structure. 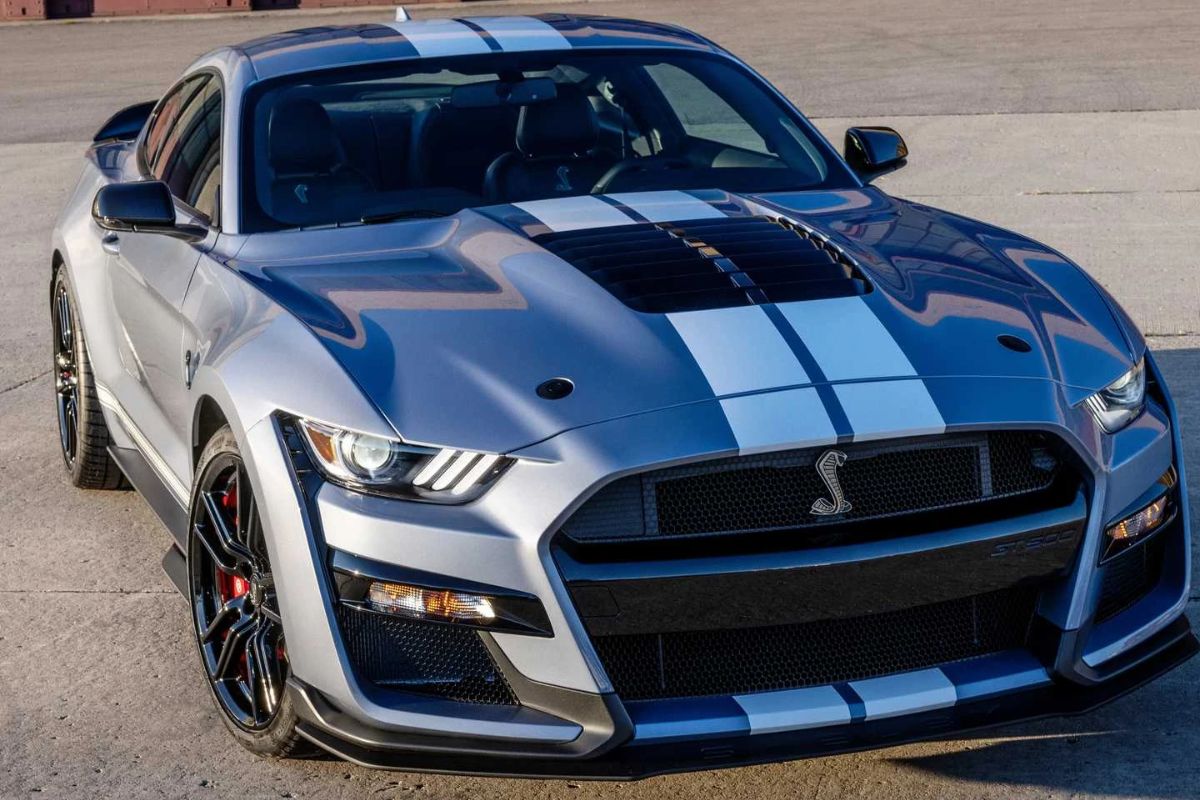 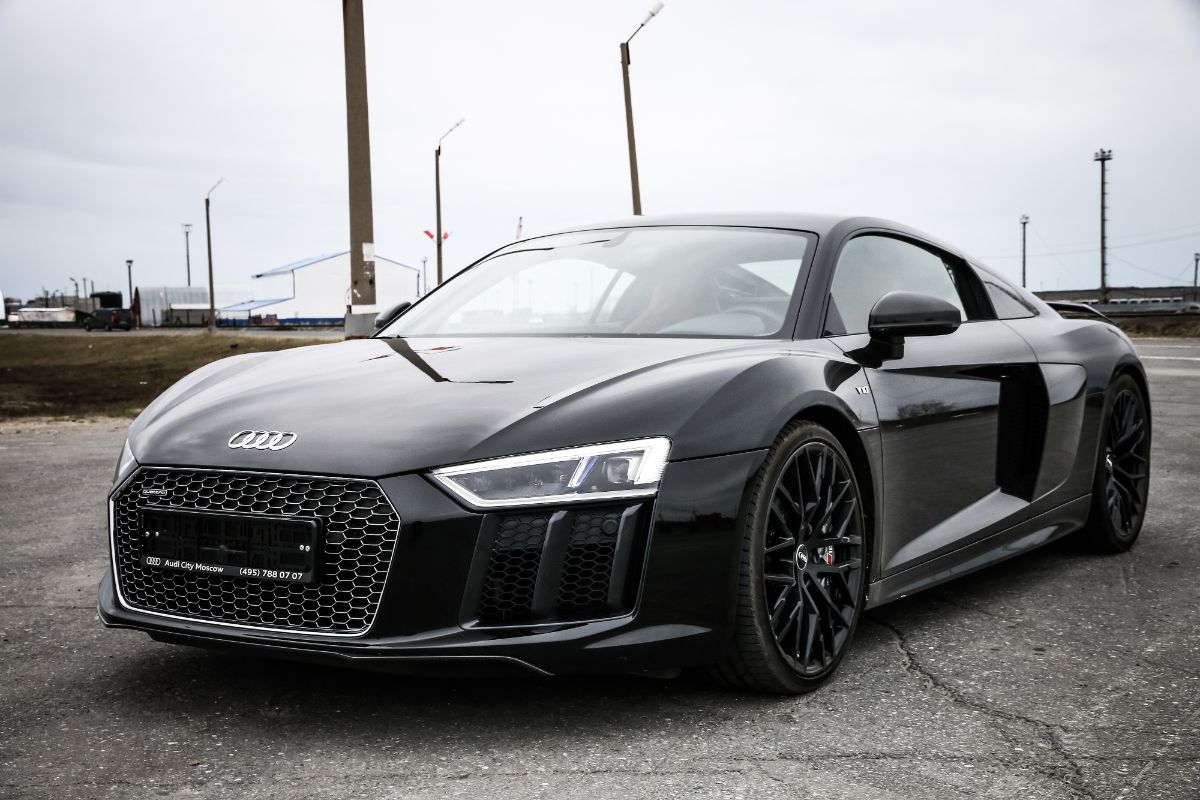 The Audi R8 Coupe comes packed with plenty of features and specs that are sure to impress. Under the hood, you’ll find a 4.2-liter V8 engine that produces 430 horsepower and 317 lb-ft of torque. This powertrain is mated to a seven-speed S Tronic automatic transmission, and the R8 coupe comes standard with Audi’s Quattro all-wheel drive system.

If you’re looking for a powerful and stylish sports car, the Audi R8 coupe is a great option to consider. It has plenty of power and performance to keep you entertained, and its luxurious interior appointments will make every drive feel special. 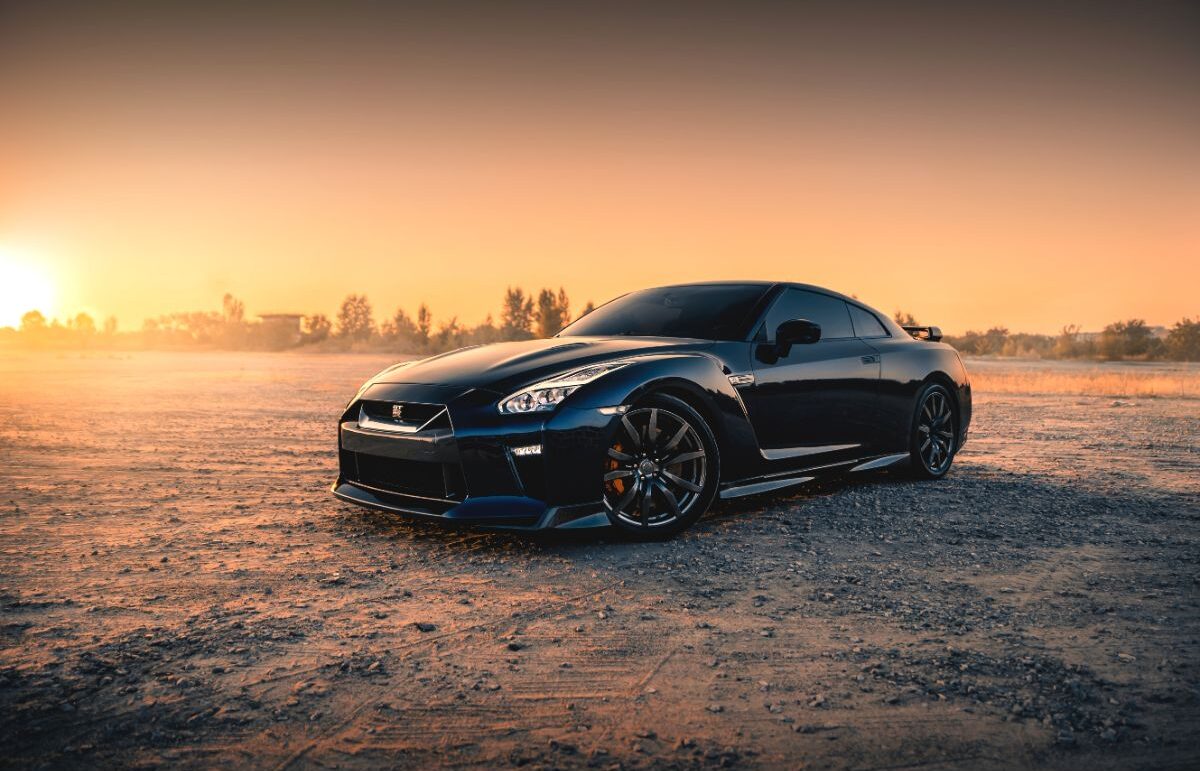 Nissan’s GT-R is a high-performance sports car that offers an exciting driving experience. It is equipped with a twin-turbocharged 3.8-liter V6 engine that produces an impressive 565 horsepower and 467 lb-ft of torque.

This power is sent to all four wheels via a six-speed dual-clutch automatic transmission. The GT-R can accelerate from 0-60 mph in just 3.5 seconds and has a top speed of 196 mph.

The GT-R’s exterior is aerodynamic and aggressive, with sharp lines and a wide stance. The car sits on 20-inch alloy wheels and has Brembo brakes for excellent stopping power. The interior is luxurious and well-equipped, with features such as a Bose sound system, navigation, and heated front seats. The GTR-R gets an EPA-estimated 16 MPG city and 22 MPG highway. 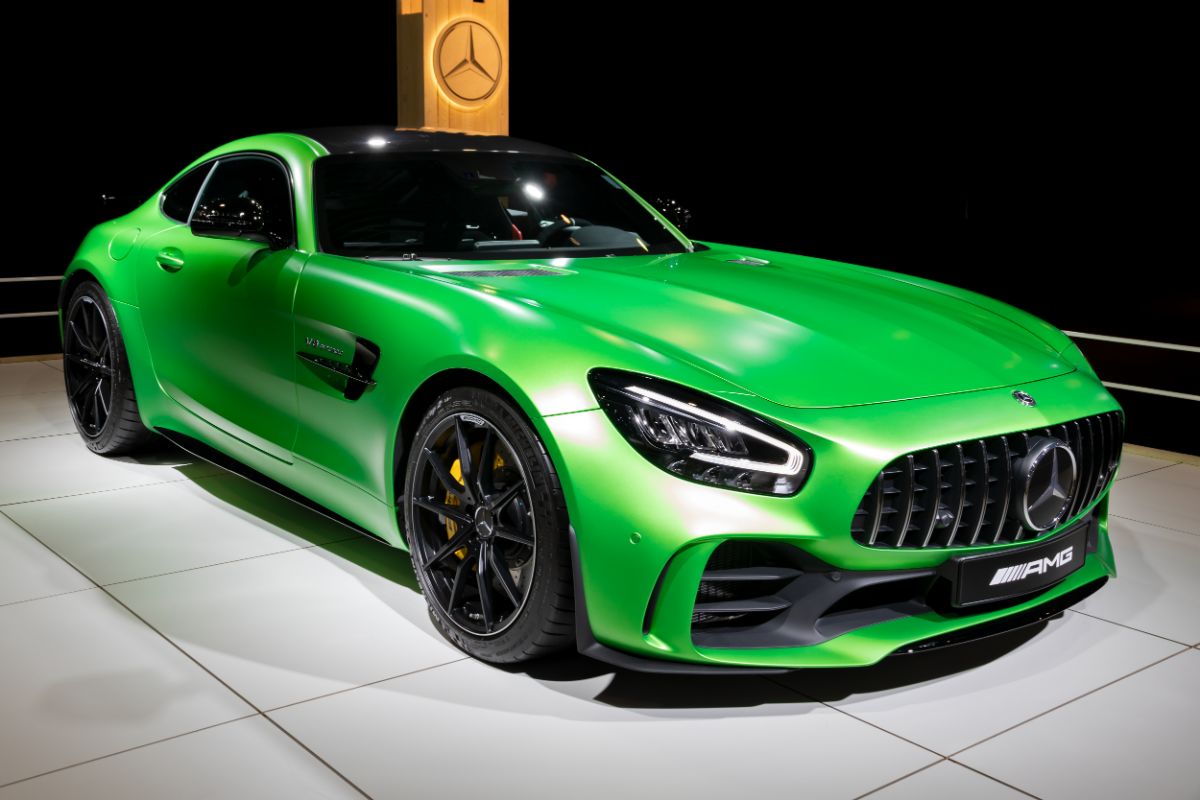 The GT R Roadster is a two-seater with a convertible soft top that can be raised or lowered in 11 seconds. Its miles per gallon is 15 mpg in the city and 21 on the highway.

The GT R Roadster features a lighter and more rigid aluminum chassis, an adjustable suspension, active aerodynamics, wider tires, and larger brakes than the standard GT Roadster. It also has a unique exterior design with a larger front grille, aggressive body styling, and a rear diffuser. 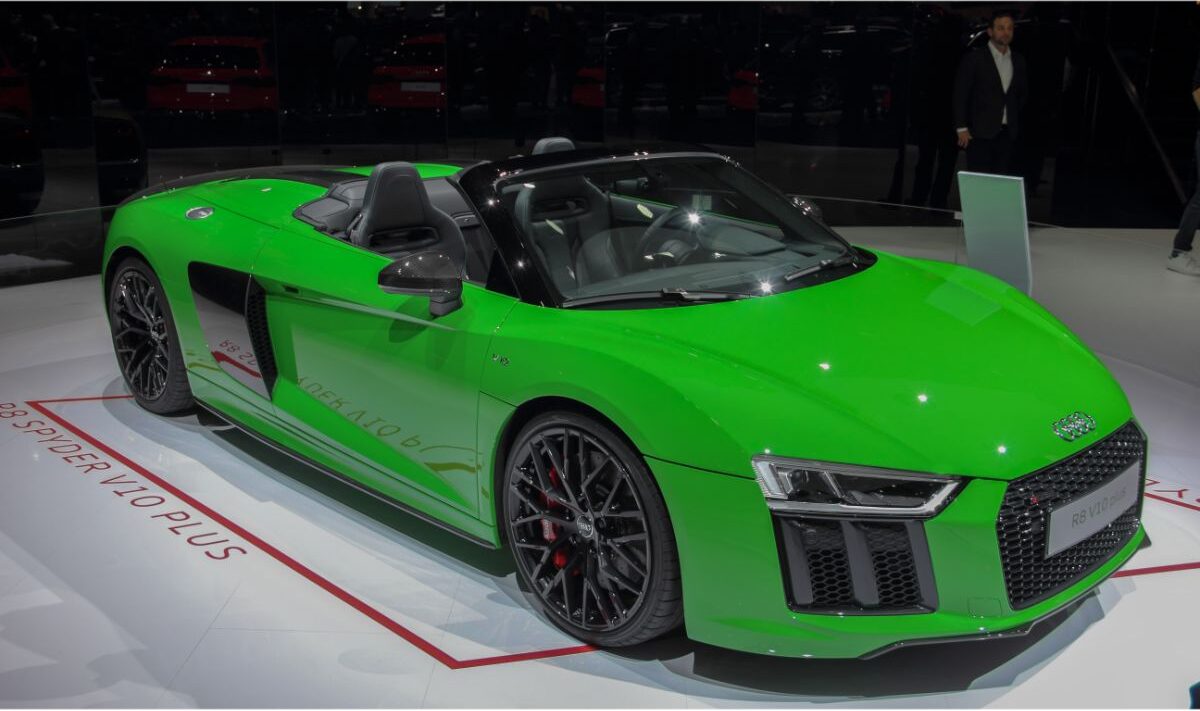 The Audi R8 Spyder is a luxury sports car that was first introduced in 2007. The vehicle is based on the Lamborghini Gallardo platform and features a mid-engine layout.

The R8 Spyder is powered by a 5.2-liter V10 engine that produces 430 horsepower and 317 lb-ft of torque. The engine is mated to a six-speed manual transmission or an optional seven-speed automatic.

The Audi R8 gets an EPA-estimated 14 mpg in the city and 22 mpg on the highway. 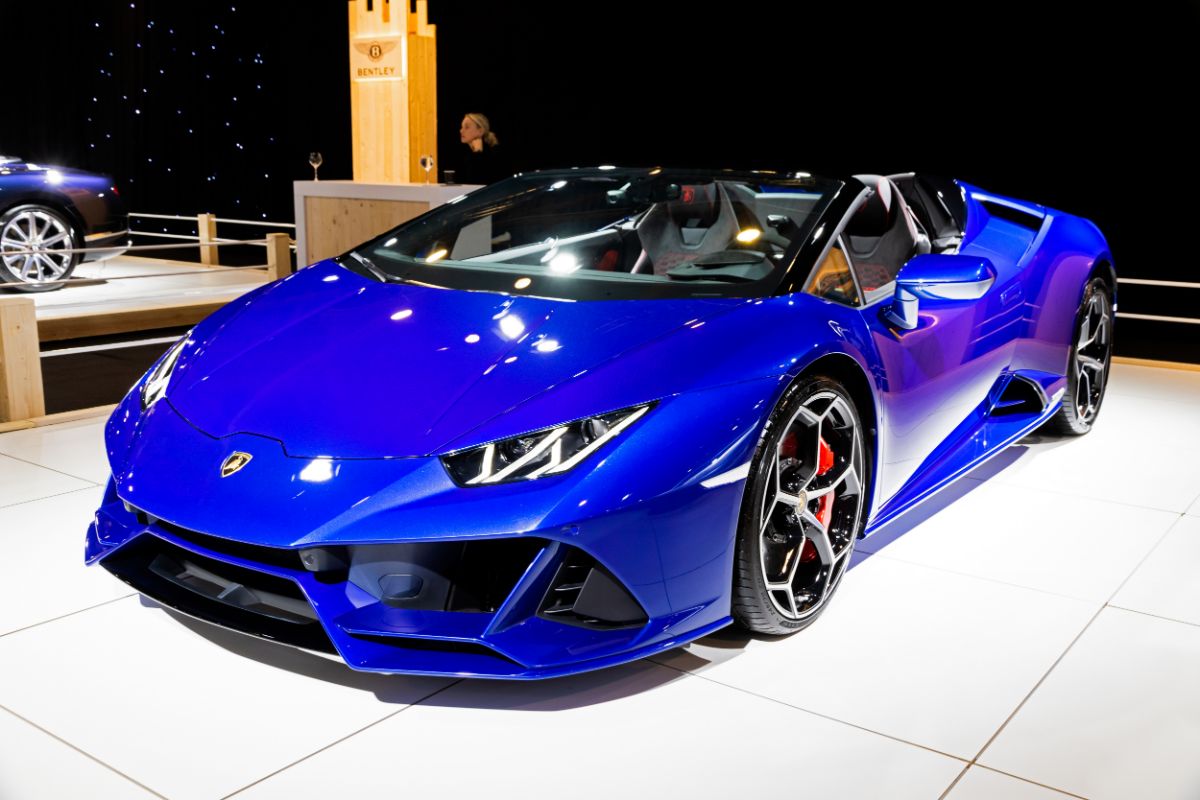 The Evo Spyder is powered by a 5.2-liter V10 engine that produces 640 horsepower. This allows the car to accelerate from 0 to 60 mph in just 3.1 seconds. The top speed is an impressive 201 mph.

The Evo Spyder comes standard with all-wheel drive, which helps it grip the road and handle corners better than rear-wheel drive cars. The suspension has been tuned for performance driving, and the brakes are massive carbon-ceramic discs.

The interior of the Evo Spyder is just as impressive as the exterior. The seats are comfortable and well-bolstered, and the infotainment system is easy to use. The convertible top can be raised or lowered in just 20 seconds and doesn’t impede visibility when raised.

The Lamborghini Huracan Evo Spyder has a fuel economy of 14 mpg in the city and 20 mpg on the highway. 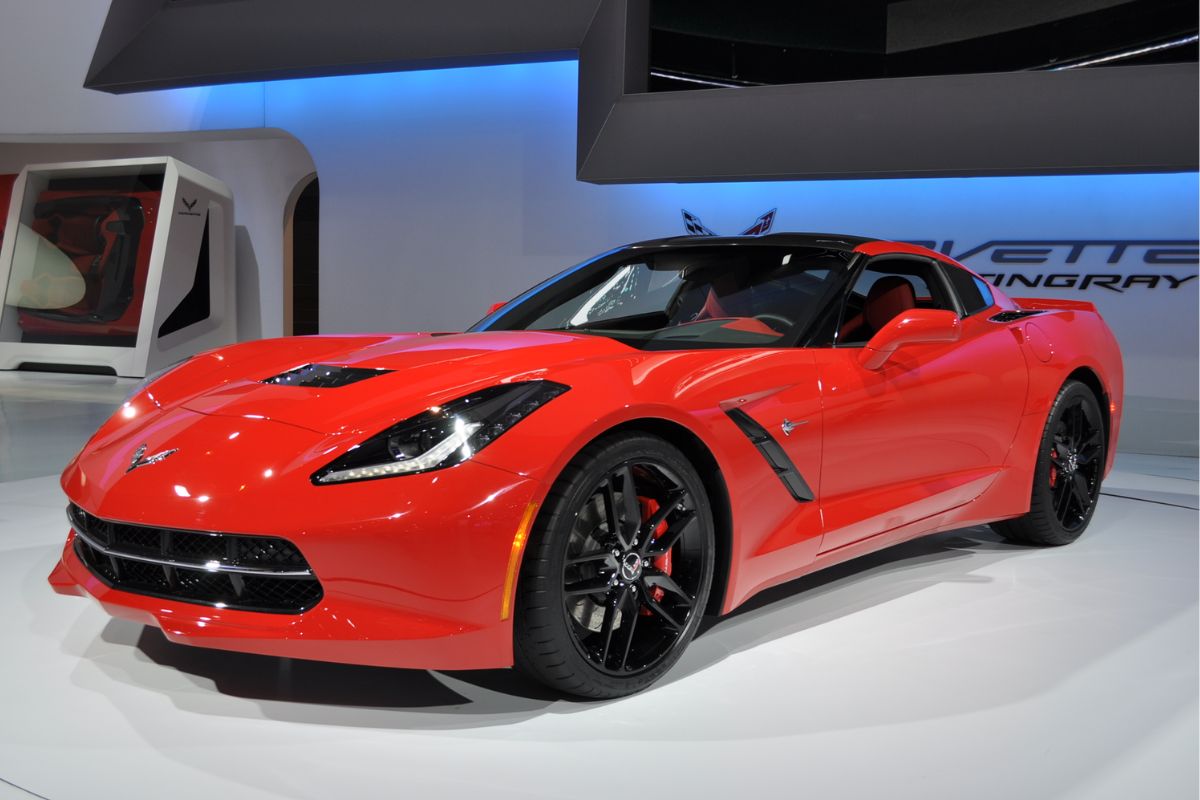 The Stingray Coupe is powered by a 6.2L V8 engine with 460 horsepower and can accelerate from 0 to 60 mph in 4.0 seconds. It has a six-speed automatic transmission and gets an EPA-estimated 29 mpg on the highway. The Stingray Coupe comes standard with features like Brembo brakes, HID headlights, Bose audio system, and more.

Several optional features are available, including heated and cooled seats, a navigation system, and a performance exhaust. Its gas mileage is excellent for a sports car, and it has plenty of power to get up to speed quickly. The Brembo brakes are great for stopping power, and the HID headlights provide good visibility at night.

The Bose audio system sounds great, and the optional heated and cooled seats are comfortable. The navigation system is easy to use, and the performance exhaust sounds great. Overall, the Stingray Coupe is an excellent choice for a sports car. It has plenty of power and features to keep you entertained and is very comfortable driving. 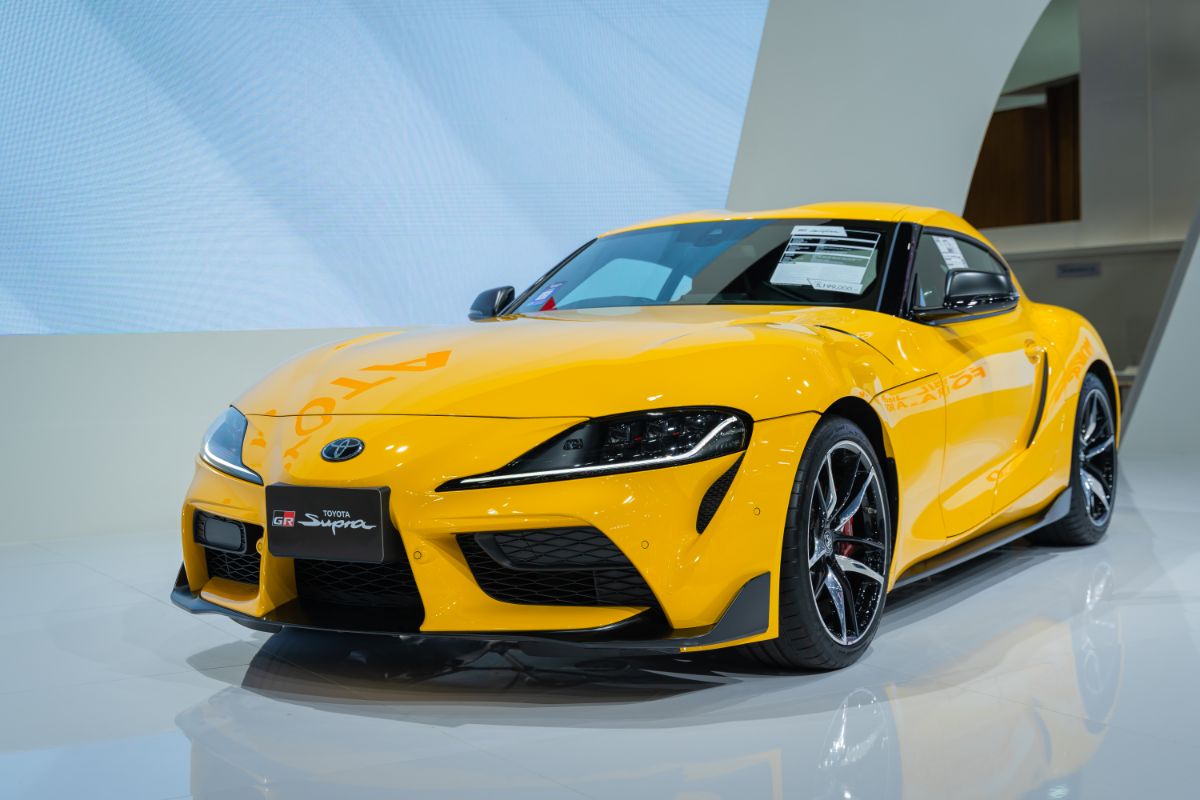 The new Supra is available in two trim levels: 3.0 and 3.0 Premium. Both models are powered by a turbocharged 3.0-liter inline-six engine that produces 335 horsepower and 365 pound-feet of torque. An eight-speed automatic transmission is standard, and rear-wheel drive is the only drivetrain option. The GR Supra 3.0 has a price of $50,920, while the 3.0 Premium starts at $54,495.

It gets an EPA estimated fuel economy rating of 21 mpg city/30 highway. 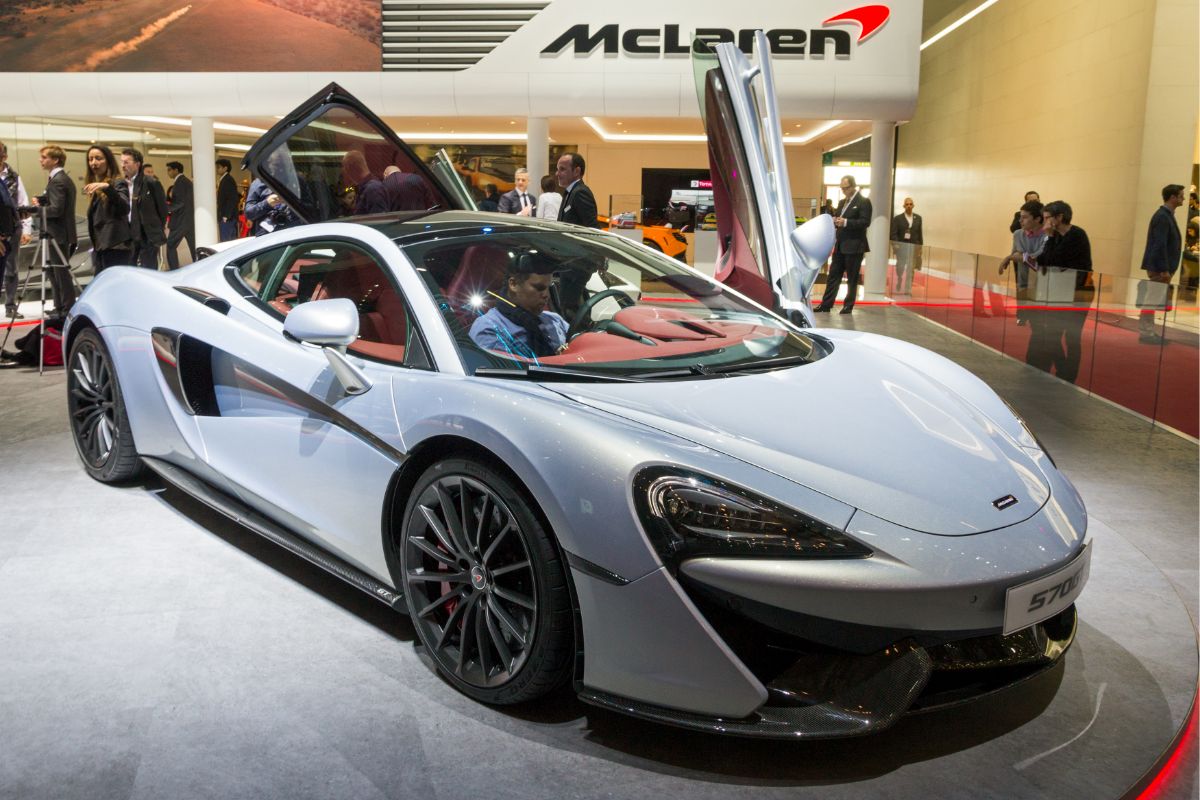 The 570GT is powered by a 3.8-liter twin-turbocharged V8 engine that produces 562 horsepower and 443 lb-ft of torque. It is paired with a seven-speed dual-clutch transmission and rear-wheel drive. The GT has a top speed of 203 mph and can accelerate from 0 to 60 mph in 3.4 seconds.

The 570GT has a carbon-fiber chassis and body panels. It weighs 2,903 pounds and has a 49/51 front/rear weight distribution. The GT has an adjustable suspension, 20-inch wheels, and Michelin Pilot Super Sport tires.

The interior of the 570GT features leather upholstery, power-adjustable seats, dual-zone automatic climate control, a Bowers & Wilkins sound system, and navigation. The GT also has a luggage compartment in the front of the car that can hold up to 7.8 cubic feet of cargo.

Safety features on the 570GT include frontal and side airbags, traction control, stability control, and a rearview camera. 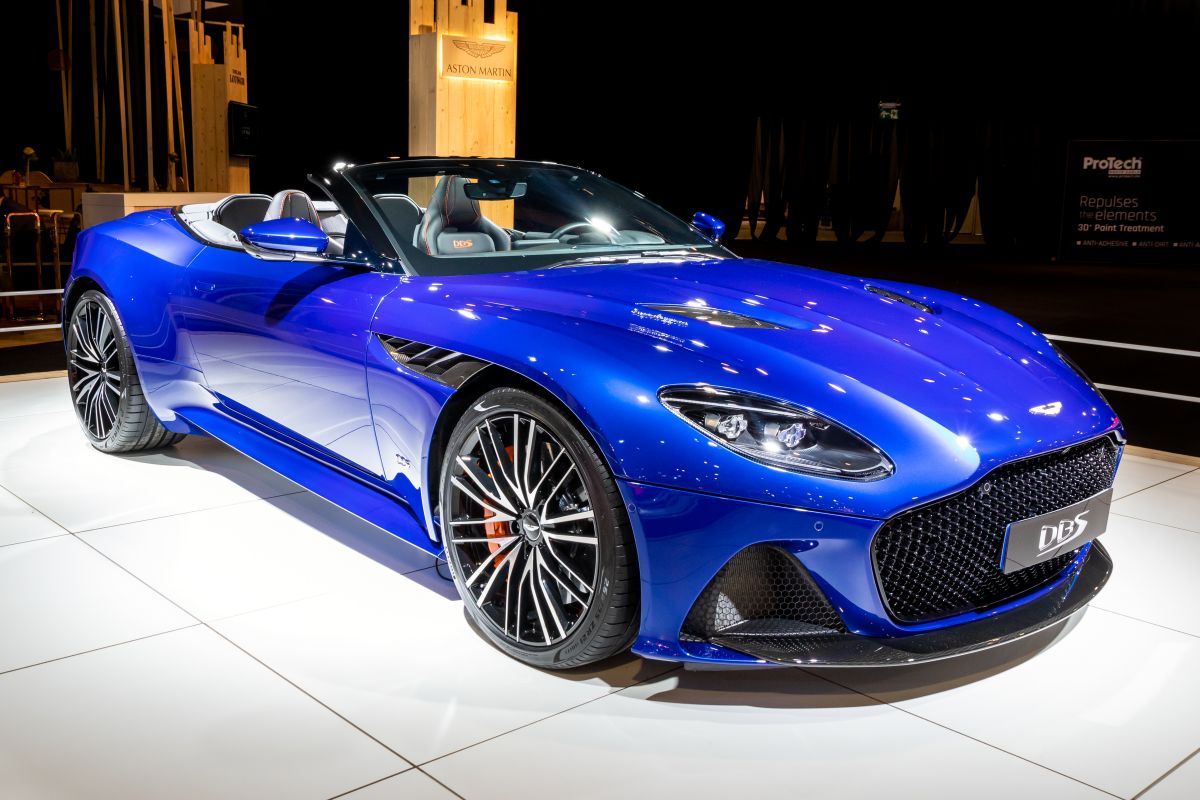 The vehicle is based on the DB9 platform and is powered by a 6.0L V12 engine. It is available in both rear-wheel drive and all-wheel drive configurations. The DBS Volante has a top speed of 190 mph and can accelerate from 0-60 mph in 4.3 seconds.

The DBS Volante is a two-door, four-seat convertible introduced in 2013. It is the successor to the Aston Martin DB9 Volante. The vehicle has a starting price of $297,995. 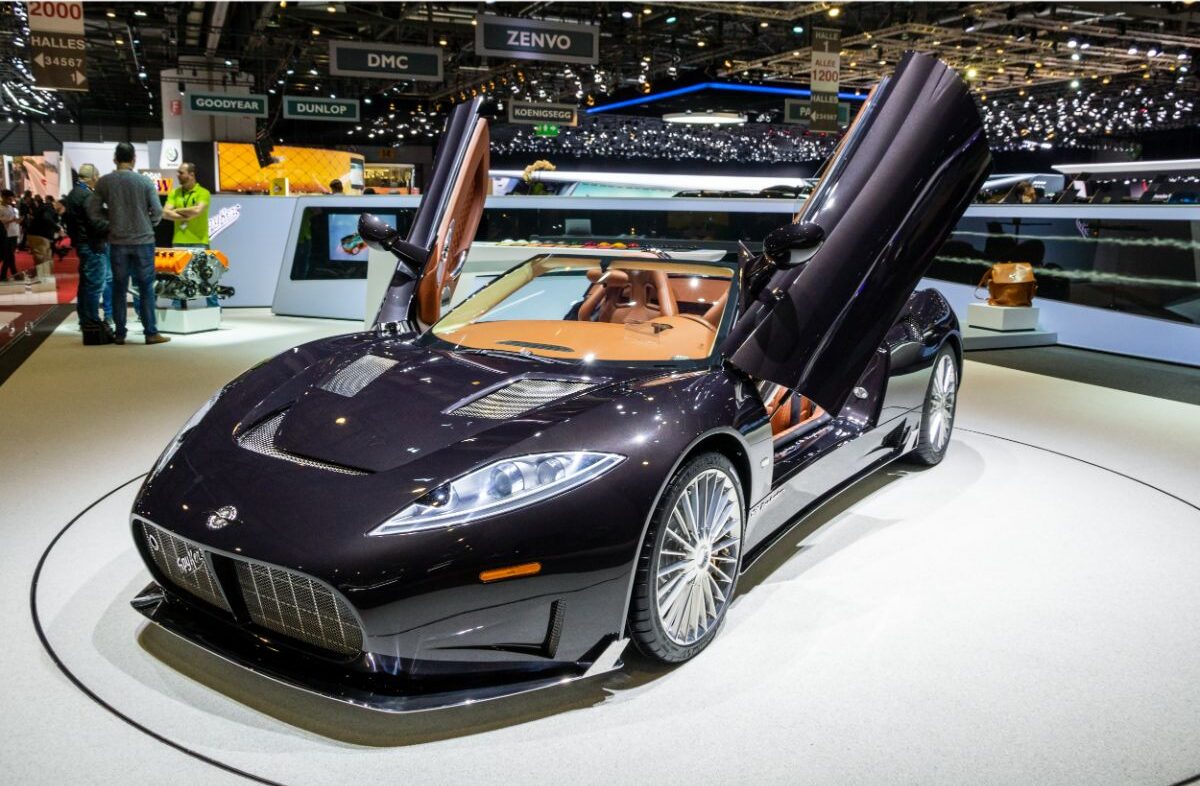 The C8 Preliator is available in both coupe and convertible body styles, and it is powered by a 4.2-liter V8 engine that produces 525 horsepower. It has a top speed of 200 miles per hour and can accelerate from 0 to 60 miles per hour in 3.7 seconds.

Safety features include front and rear parking sensors, a blind spot monitoring system, and a rearview camera. Its fuel economy is 15 miles per gallon in the city and 21 miles per gallon on the highway.