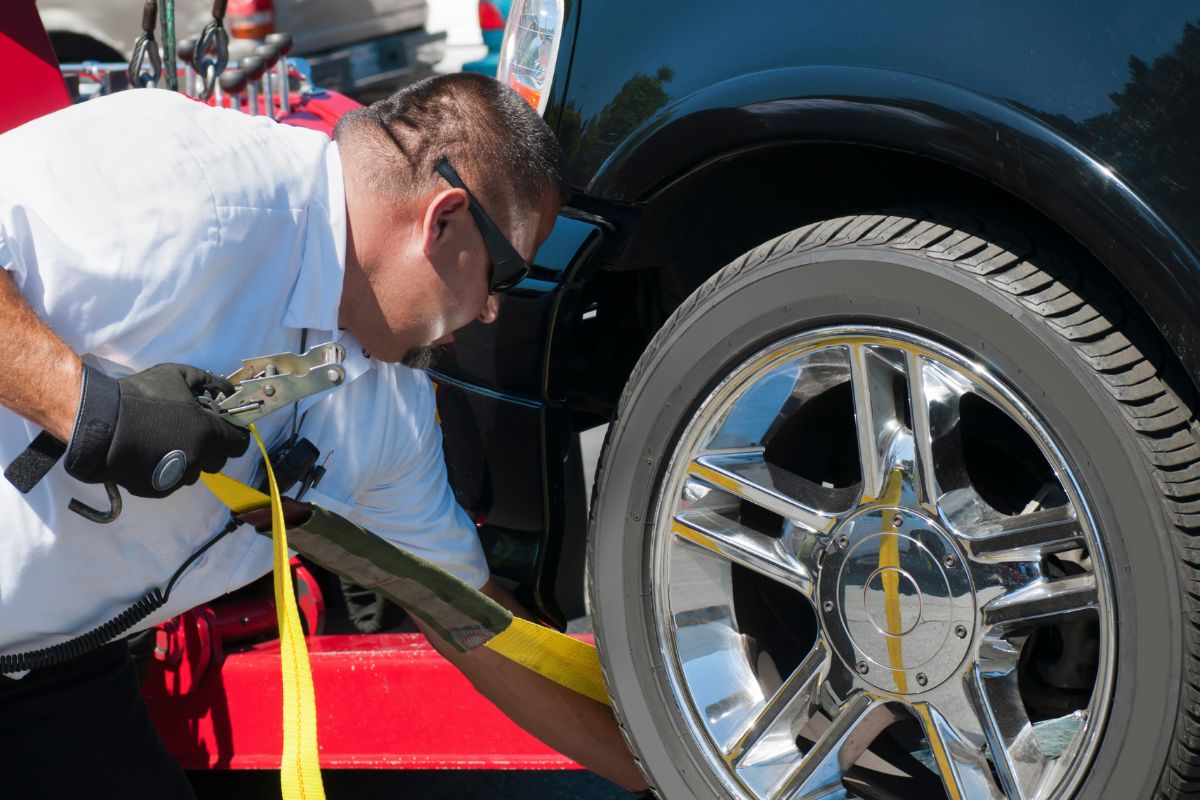 The world of electric cars is expanding at a fast rate, and car manufacturers are doing all in their power to produce new models that have excellent capabilities and performance. This is most obvious in the realm of electric pickup trucks, which have gone from being a nonexistent market niche to a spectacular one with the arrival of vehicles like the Rivian R1T and the Ford F-150 Lightning. Towing for electric vehicles is on the cusp of becoming an even more lucrative industry than it currently is.

Let’s dive into how much an electric vehicle can tow and how you should use it for this purpose. 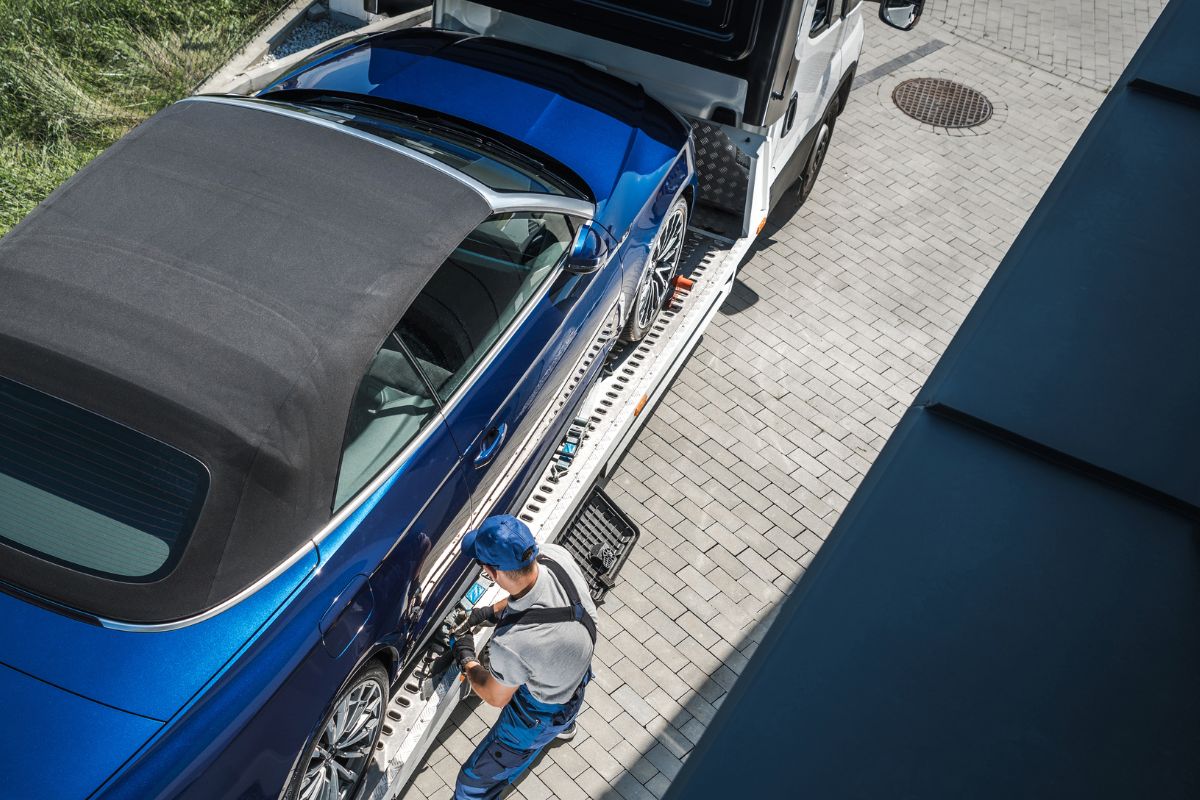 Towing capability for electric pickup trucks starts at 7,500 pounds, and future models are expected to be able to handle up to 20,000 pounds. For instance, the Tesla Cybertruck has a towing capability of 7,500 pounds, however, it is said that the truck is capable of hauling up to 14,000 pounds in its most capable variants. On the other hand, certain Vehicles, such as the Audi E-Tron Sportback, can tow up to 4,000 pounds.

In comparison, the new GMC Hummer EV is only rated to draw 7,500 pounds behind it, whereas the F-150 Lightning can pull up to 10,000 pounds. The R1T pickup truck from Rivian has a towing capacity that is more than 11,000 pounds, and the R1S SUV can tow 7,700 pounds, making any one of these vehicles a suitable choice even for huge towables. 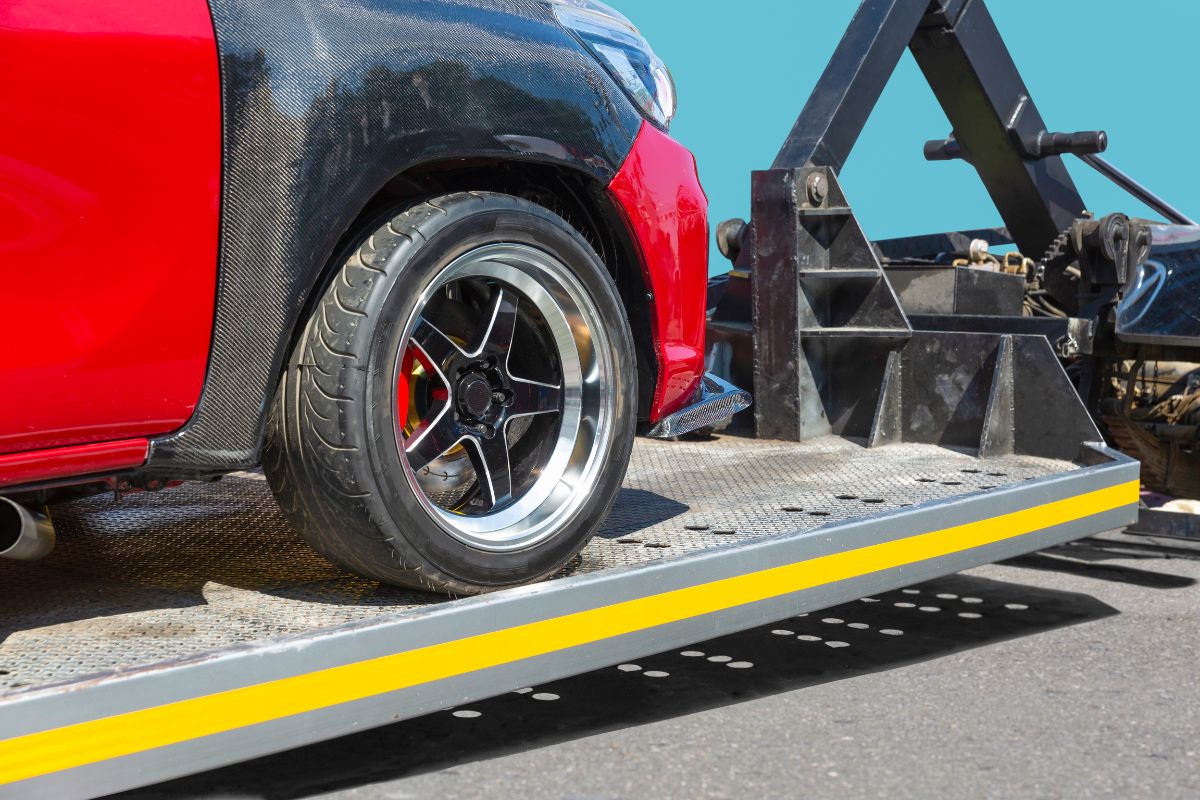 The instant torque that is provided by electric cars is the first significant advantage that they provide. Electric vehicles do not experience any delay in power delivery, in contrast to gasoline-powered engines. It is not difficult for a motorist to start moving again after coming to a halt at a stop sign or to go around a slower car while they’re pulling a big load.

As soon as you start climbing hills, power will be accessible to you. There is no correlation between altitude and performance. Unless, of course, you’re going downhill, in which case gravity and regenerative braking can help you achieve even greater results.

As more energy is reclaimed during braking in an electric car, the vehicle’s towing capability increases. The additional heat that is generated as a result of slowing down will recharge the battery. Additionally, electric cars will adjust the predicted range depending on the most recent driving done by the operator.

If the proper driving mode is selected, the range may be adjusted with more precision. 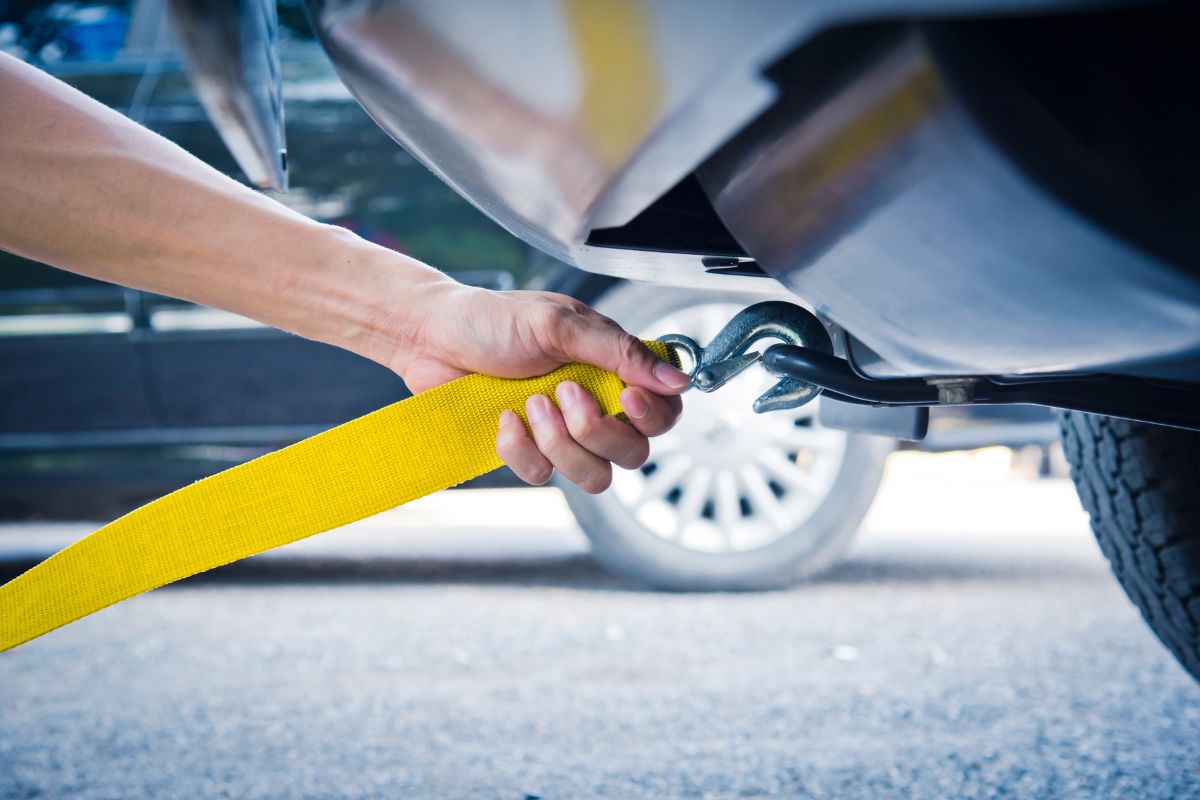 Towing capacity is the maximum amount of weight that the vehicle’s manufacturer states the vehicle can safely pull behind it. There is the braked variety, as well as the unbraked kind. The greatest mass that a vehicle is capable of pulling when whatever it is pulling has its brakes on is referred to as the braked towing capacity of the vehicle.

This guarantees that high loads do not override the Vehicle’s brakes, which is important because the more weight the car and trailer have to stop, the longer it will take for them to come to a stop. So, a vehicle that has a braked towing capacity of 1,500 kilograms and an unbraked towing capability of 750 kilograms is capable of pulling a caravan that weighs up to 1,500 kilograms if it has its braking system or up to 750 kilograms if it does not. Because more powerful, larger, as well as heavier cars often have higher towing weights, larger, more costly vehicles typically have the highest on-paper towing capacity.

However, this does not imply that you are required to spend an exorbitant amount of money for a huge and very powerful Vehicle. You must have a solid notion of the size of the cargo – and, more importantly, the weight – that you want to pull behind your vehicle. If you merely want to pull a lightweight trailer with a set of kayaks on it, you should be able to locate a compact Vehicle that is appropriate for the task and is within your price range.

What Makes a Good Towing Car 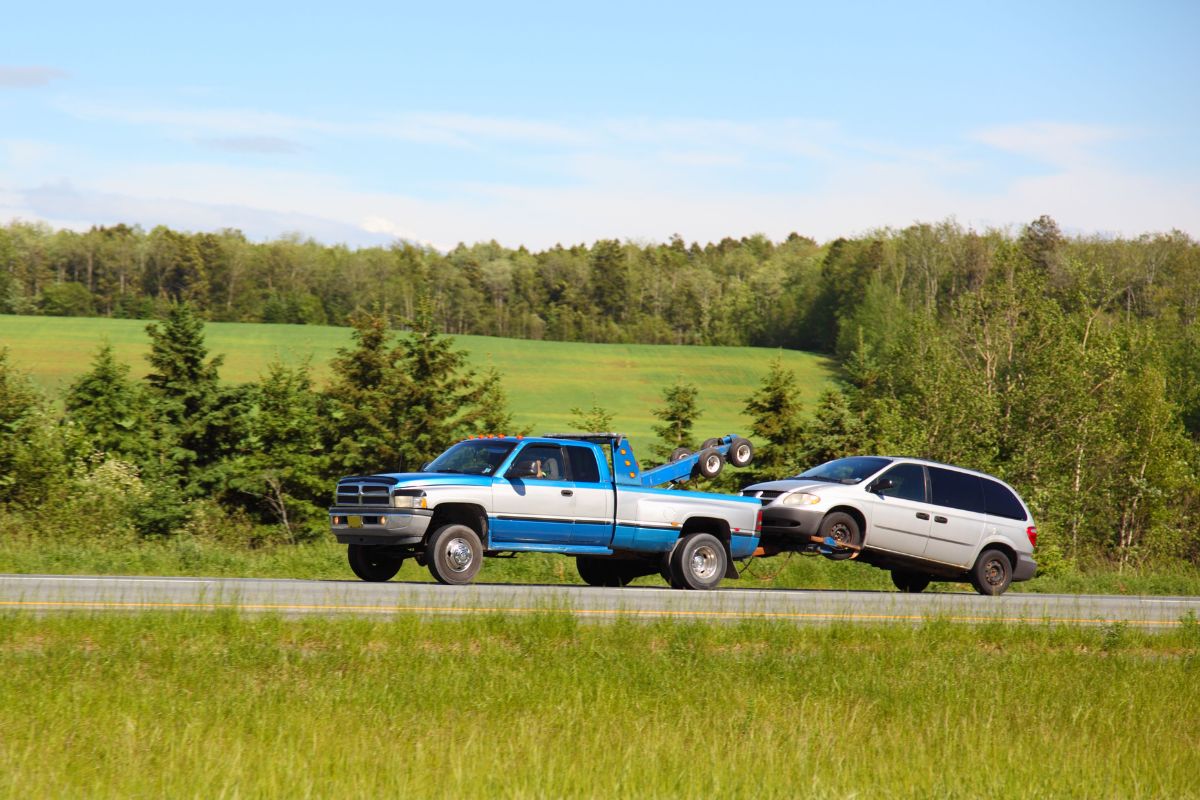 Some people feel that towing may be more suited to electric vehicles than gasoline- or diesel-powered equivalents. However, many believe that utilizing a vehicle powered by fossil fuels is superior to pulling a trailer behind an electric vehicle. Let’s examine the qualities of an effective tow vehicle so you can comprehend the reason why.

The torque output of diesel engines is often higher than that of gasoline engines of the same capacity. However, contemporary gasoline vehicles with turbochargers can provide a lot of power even while the engine is revving slowly. A vehicle’s torque is often denoted by a number that begins with the letters “Nm.”

This allows the driver to pull a big load without having to put a lot of strain on the vehicle’s powertrain. Be careful that you can notice an ‘rpm’ value while you are doing a comparison of Nm data. This reveals the minimum engine speed at which torque may be produced.

When the number of revolutions per minute (rpm) is lower, the minimum engine speed required to reach that muscle is also lower, making the vehicle more suited for towing. The ability of electric cars to create their maximum torque as soon as their electric motor (or motors) begin to spin is the factor that provides these vehicles an edge in this regard. Since of this, there is no need for gears because the Vehicle pretty much generates full torque all the time.

As a consequence, they are just as capable of pulling away from a stop with a large cargo behind them as they are of safely passing a tractor on a rural road. 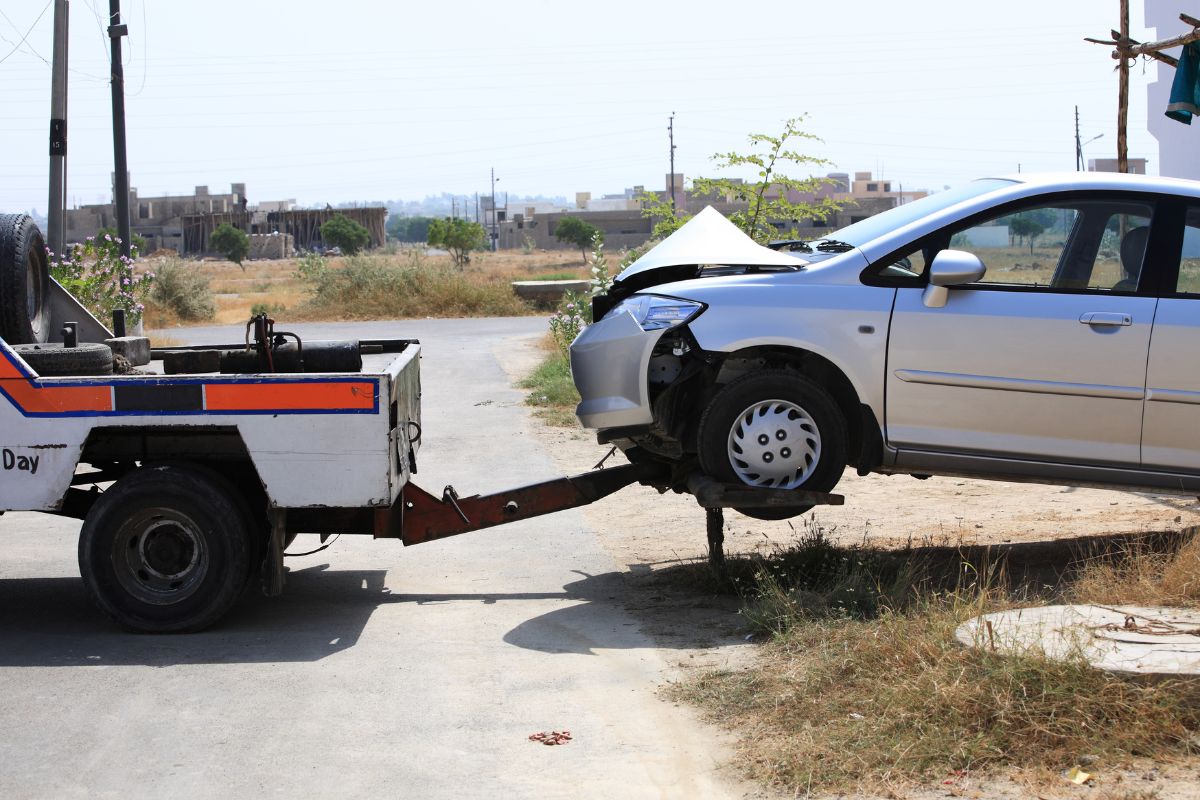 Towing with an electric car does come with a few inherent downsides, that much is obvious. The amount of cargo carried in a vehicle or truck has a significant impact on the total distance traveled. The total weight contributes to an increase in the amount of fuel and battery power required.

It’s one thing to pull a camper, but when you add a family of five and a couple of coolers on top of that, the range of an electric vehicle drops significantly. Additionally, the infrastructure was not developed with the concept of towing in mind. The vast majority of chargers are not designed for pull-through traffic, which means that it is still required to disconnect trailers at this point.

The towing capability of electric vehicles will be impacted by the weather in the same way. Temperatures around 70 degrees Fahrenheit are optimal for battery performance. The draw from accessories such as temperature control significantly decreases the range of the vehicle.

Towing capability of an electric vehicle is affected by factors such as weight, road conditions, speed, as well as the trailer’s design.