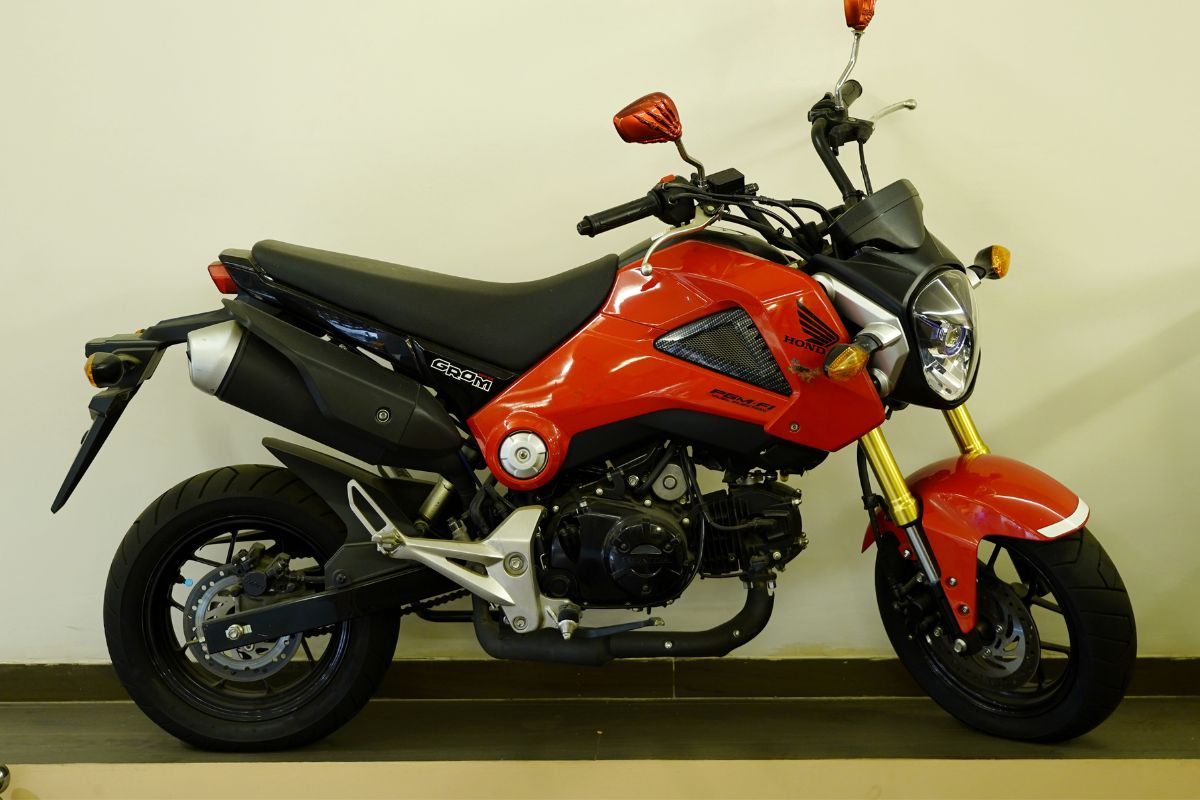 The Honda Grom became an instant hit among people of all ages after its 2014 introduction. Many parents chose the small but mighty Honda Grom as gifts for their kids who were old enough to ride the motorcycle.

Some parents likely did not initially realize that once they took the Grom home, they would want to keep it for themselves. There were likely a lot of young adults who did not realize that the Honda Grom that their parents purchased was actually supposed to be their own motorcycle.

What about motorcycles that are similar to the Honda Grom? What are the options?

The Grom has had several updates over the last few years. The Honda Grom continues to be a top choice for younger riders, adult commuters, and those who want to experience a lot of fun on a motorcycle that has both style and elegance.

Several options come to mind when considering motorcycles similar to the Honda Grom. Explore the features of the Grom before searching for a comparable ride option.

Honda introduced the Honda Grom to the public in 2014. The company now calls it “one of the most popular motorcycles on the planet.” It is no wonder, given the superior features of the Grom, and the fact that it won the Motorcycle USA’s Motorcycle of the Year Award in 2014.

The five-speed transmission puts it at the level of other bikes on the market. That recent update, along with the better efficiency, updated digital instruments, bigger, flatter seats, and other features provide a fresh, updated look to the Honda Grom. Some specs and features, provided by Honda, include:

The company explains that there are plug-and-play body panels that are easy to remove for owners who want to customize their Honda Grom.

There have been several attempts to clone the Grom. What motorcycles are similar to the Honda Grom? 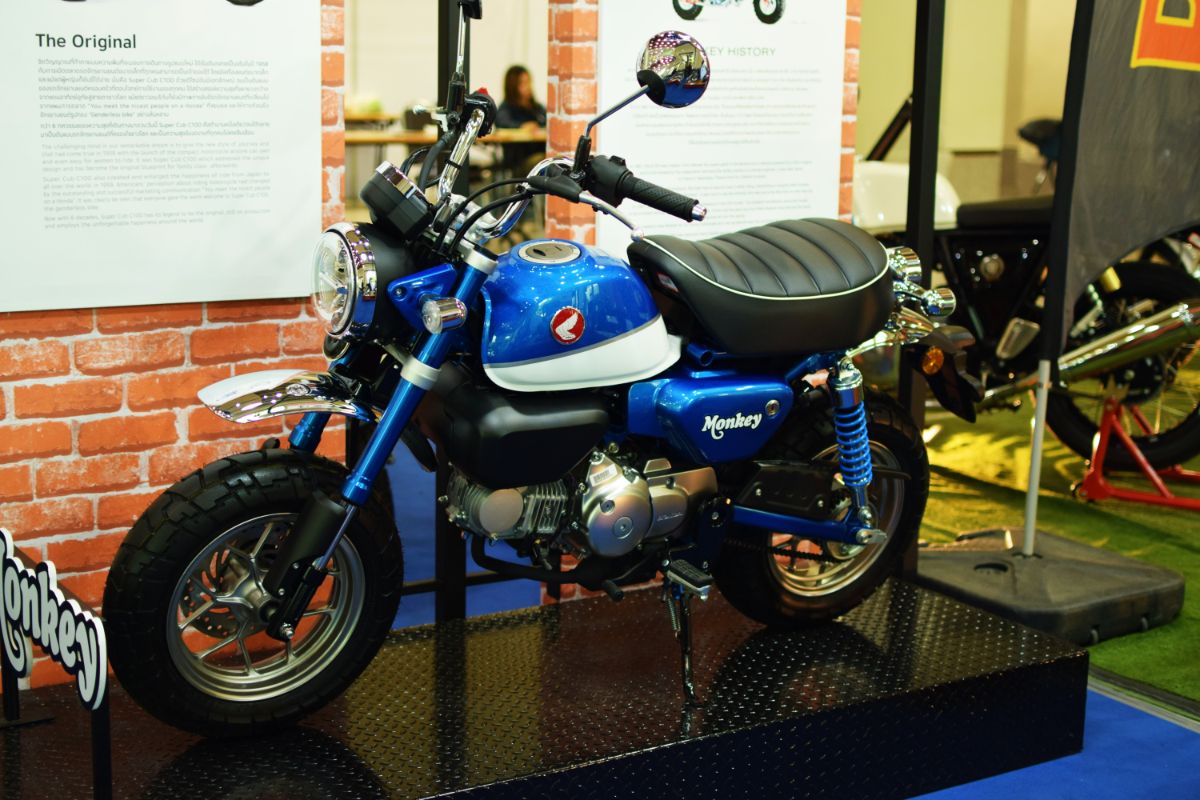 The Monkey, introduced in 1961, was first used as a means of getting around at an amusement park in Japan. The Z100 had foldable handlebars. Cycle World explains that it earned its famous nickname because “adults looked wildly out of proportion riding it.”

It made its way to the United States in 1968. The Monkey soon became a favorite among its owners. Generations later, the new Honda Monkey is a bike similar to the Honda Grom.

The Honda Monkey has the same engine as the Honda Grom. The new and improved Monkey has a similar reputation as the Grom in terms of reliability and performance. It features a five-speed transmission, a 10:1 compression ratio, an inverted hydraulic fork front suspension, and a 1.5-gallon fuel capacity. 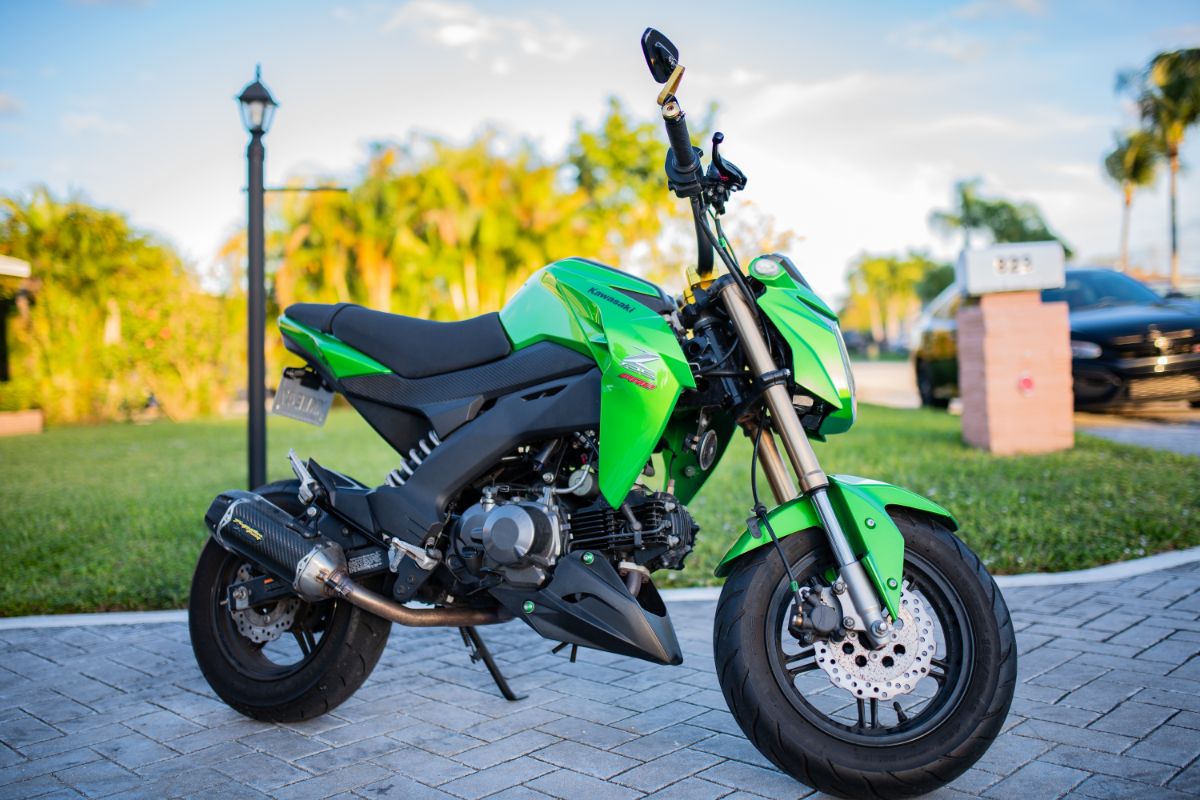 The Kawasaki Z125 is a smaller version of the larger Kawasaki motorcycle. The company introduced it to the public as an entry-level sports bike. It has some specs and features that are similar to the Grom, while others are considerably different.

The Z125 has a 125cc air-cooled, single-cylinder engine, 80 mpg fuel economy, and 4-speed manual transmission. People who ride the Z125 are likely to appreciate that it reaches a top speed of 72 miles per hour (MPH), compared to the Grom’s top speed of 56mph.

The version of the Z125 that Kawasaki released in 2022 improved upon earlier specs and features. The newer models feature a top speed of around 78mph and 110mpg gas mileage capability. 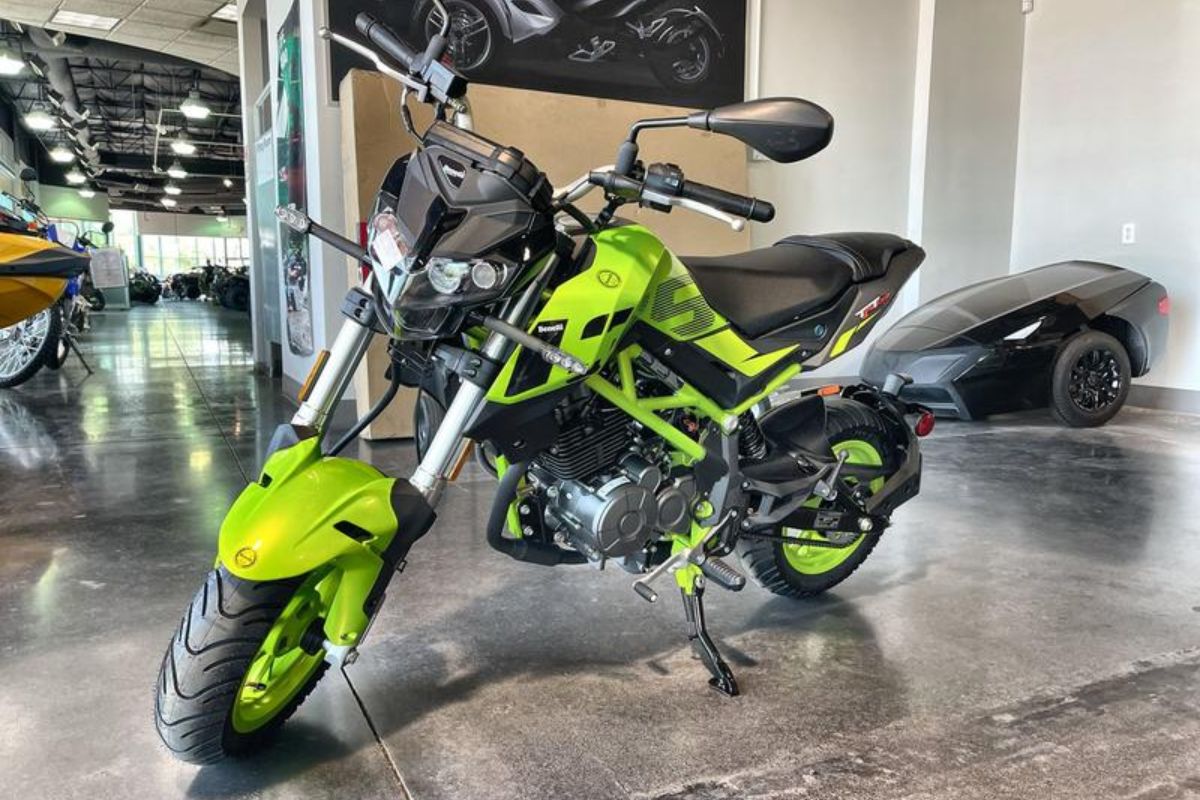 Are you looking for a less expensive motorcycle, compared to the cost of the Honda Grom? The Benelli TNT 135 carries a lower price tag. Although price often matters when a person shops for the ideal smaller motorcycle, many people choose better features over a lower price.

The Honda Grom beats the Benelli TNT 135 on several features and specs, including the fact that the Benelli weighs 267 pounds, compared to the 227 pounds of the Honda Grom. It also has less fuel economy, getting only around 120mpg.

You get a higher speed from the TNT 135, which tops out at around 70mph, compared to the top speed of the Grom, which is around 60mph. It features a more powerful engine, a 135cc, single-cylinder engine. People who want a bike to get around sometimes choose the Benelli TNT 135 over the Grom since they do not need the features of a stunt bike.

Some sources claim that an owner of the TNT 135 may have difficulty getting parts for their bike. The truth is that there are plenty of aftermarket parts if you need them for the Benelli TNT 135. 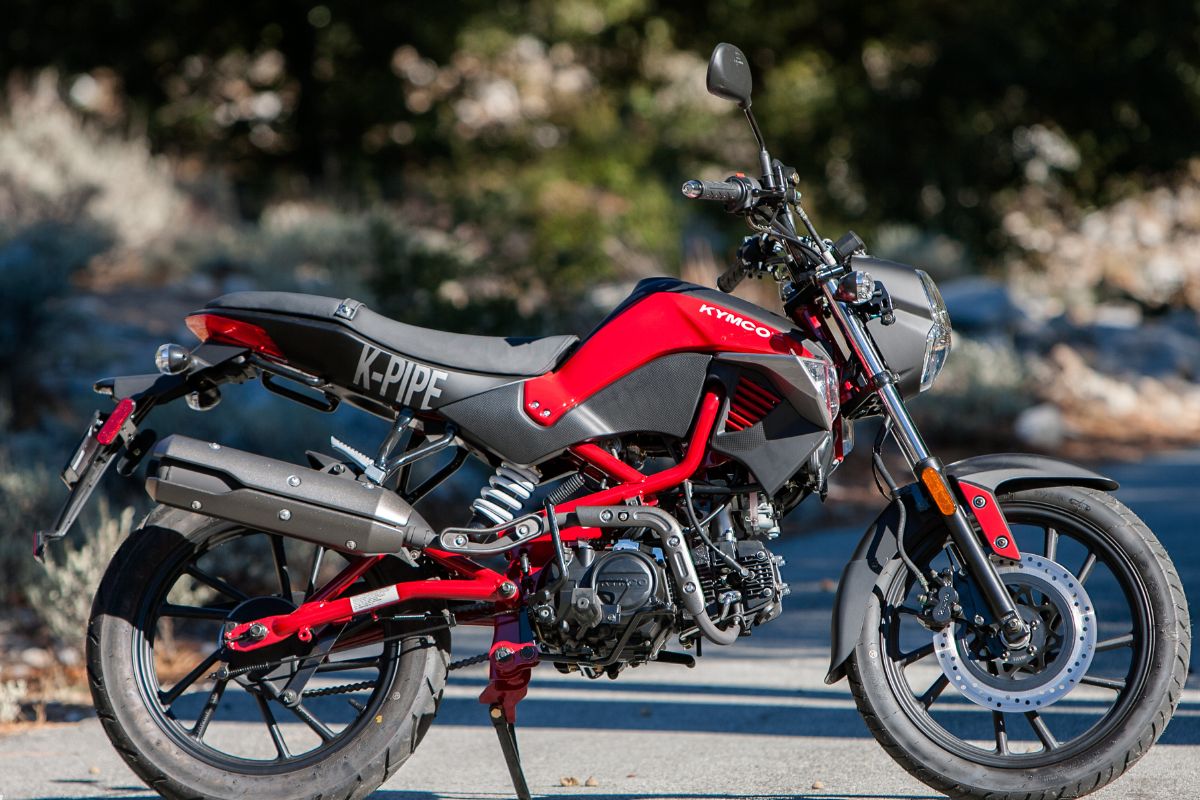 The Kymco K-Pipe is another budget-friendly motorbike option, with a lower price tag than the cost of the Honda Grom. One feature that fans of the K-Pipe are likely to choose this motorcycle for is the cool wheels.

The wheels on the K-Pipe measure 17 inches, compared to the 12-inch wheels of the Grom. It hits a speed that is comparable to that of the Grom.

The speed and much larger wheels are likely selling points for some individuals, but not so much for many other individuals. The Honda Grom beats the Kymco K-Pipe in terms of gas mileage, weight, and horsepower. 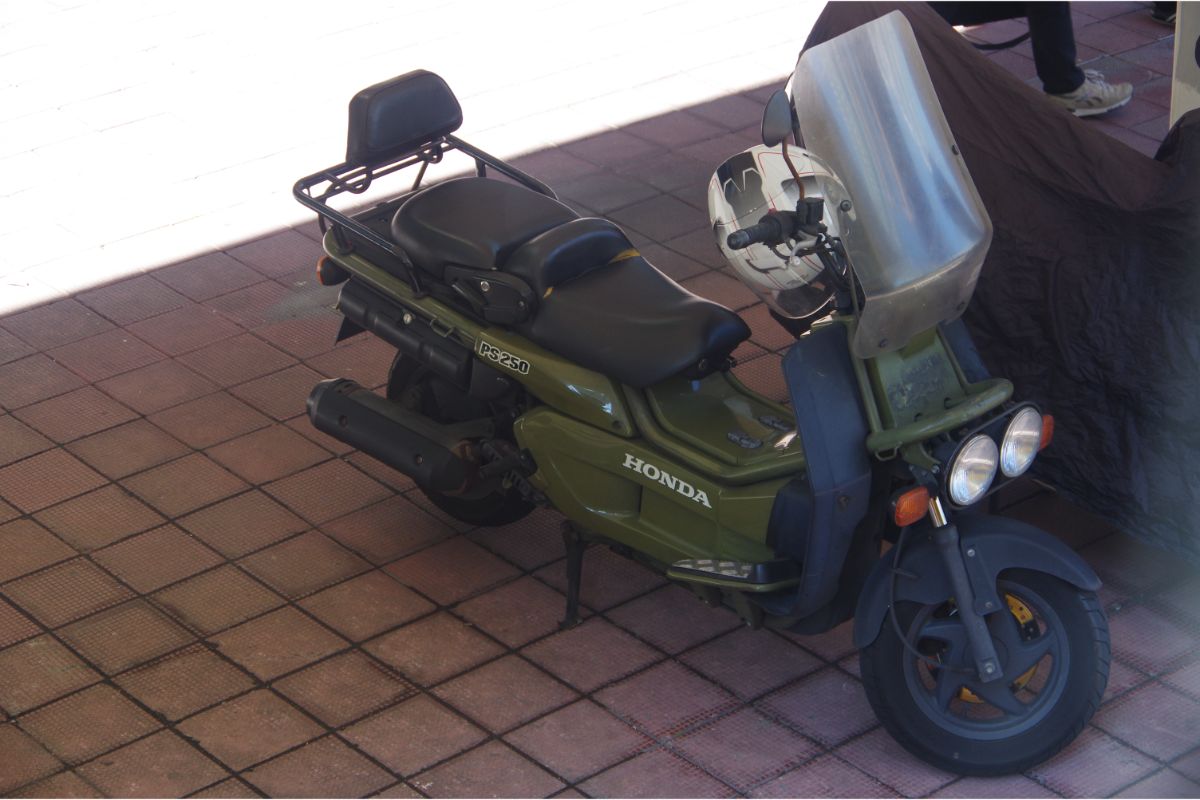 Would you like to consider a bike similar to the Grom that still comes from Honda? The Honda Ruckus has some features that are similar to those of the Grom.

People who purchase the Ruckus have the opportunity to enjoy a scooter that has a lightweight frame has larger tires compared to those of the Honda Grom and has a lower seat. Honda indicates that the liquid-cooled 49cc engine is “highly efficient,” and that the one-speed automatic transmission means that you never have to worry about shifting, “not even into park or neutral.” 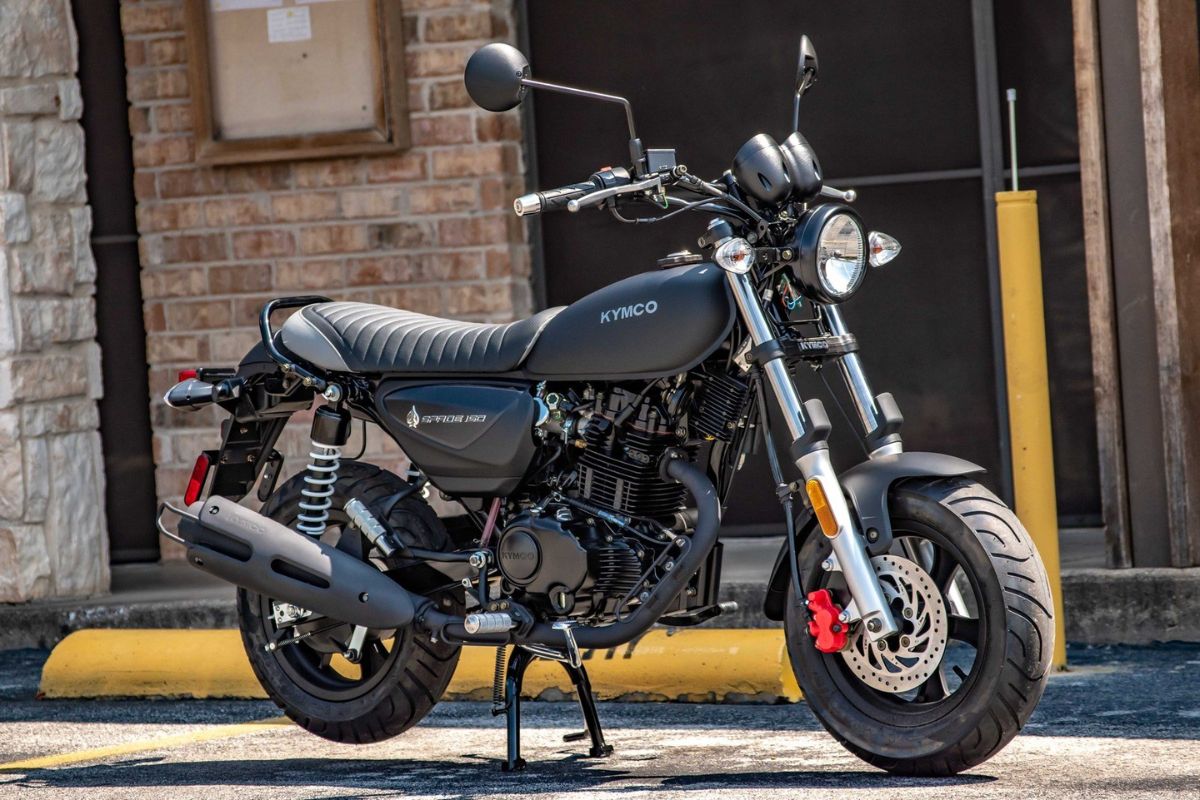 The Kymco Spade 150i is an ideal option for people who want a retro-style bike with a powerful engine. The bike has an all-manual transmission. There are some features and specs comparable to those of the Grom.

The bike features an electronic fuel injection system, low seat height for comfort, 12-inch wheels, and a 1.6-gallon fuel capacity. Motorcycle Larry explains that it has structural stability, with the capability of going at a high speed.

Choose the Spade 150i if you want a bike comparable to the Grom with the retro look of the Honda Monkey. 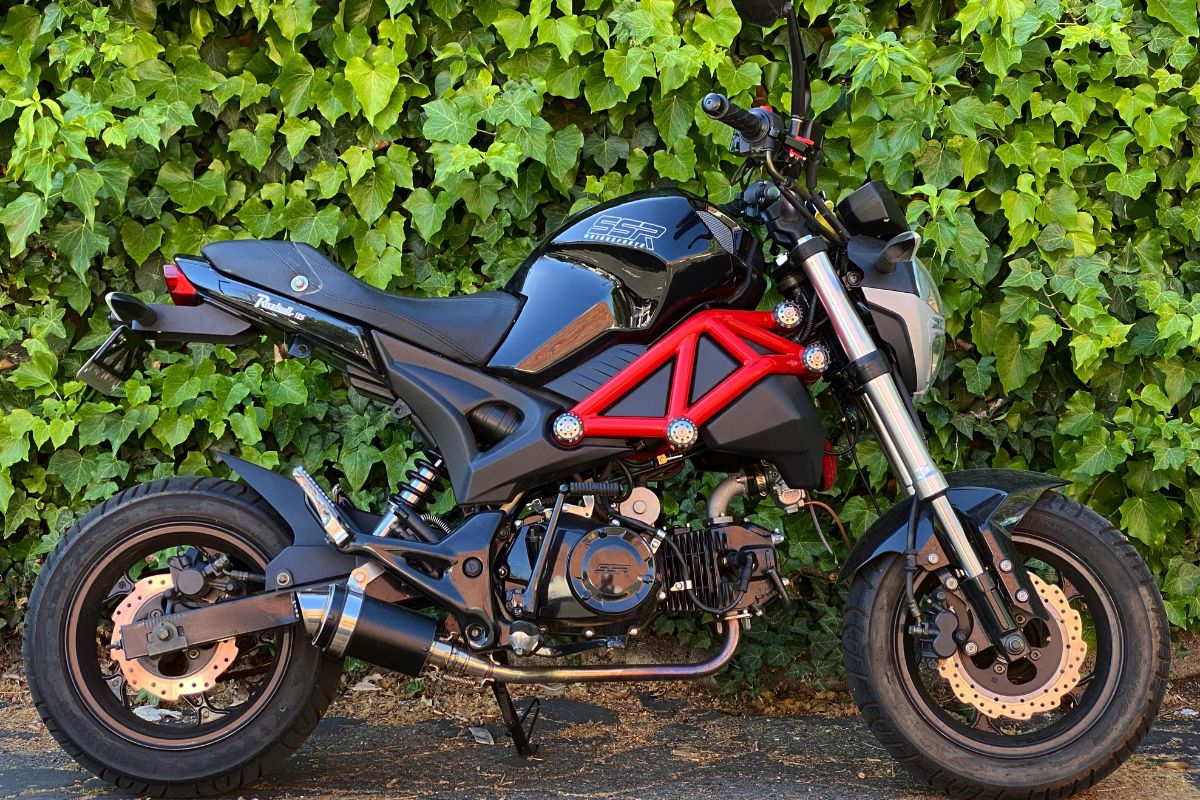 The main features of the SSR Razkull 125 that beat out the Honda Grom are the low cost, which is almost half that of the Grom, and the fact that the motorcycle wins because of its lower weight when compared to the Grom. It tops out at roughly the same speed as the Honda bike, but after that, the Grom wins in most other categories.

People who choose the SSR Razkull 125 are likely to appreciate the lower price tag, low noise level, and attractive appearance of the motorcycle.

Do not worry about parts, which are readily available when and if you need them. 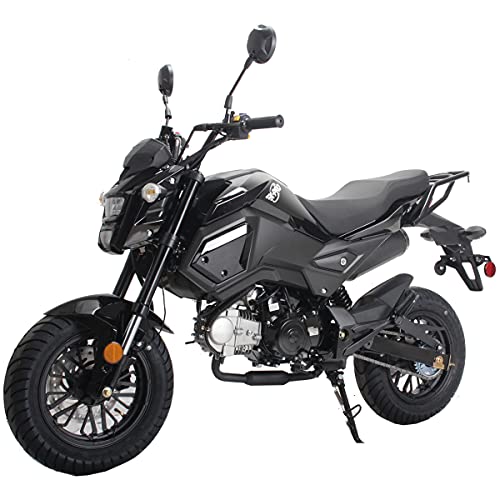 The X-Pro 125 features an air-cooled 125cc engine, a similar appearance to the Honda Grom, and a price tag that many people are likely to appreciate when shopping for a smaller motorcycle option. Choose this motorcycle option and enjoy the ability to make modifications, which is also an option if you purchase the Grom.

The Honda Grom beats the X-Pro 125cc Vader Adult Motorcycle in several areas. The X-Pro 125 has a carburetor, compared to the fuel injection system of the Grom. It also has a manual four-speed transmission. Honda Grom features and specs include updated digital features on newer models, which you will not find on the X-Pro 125. 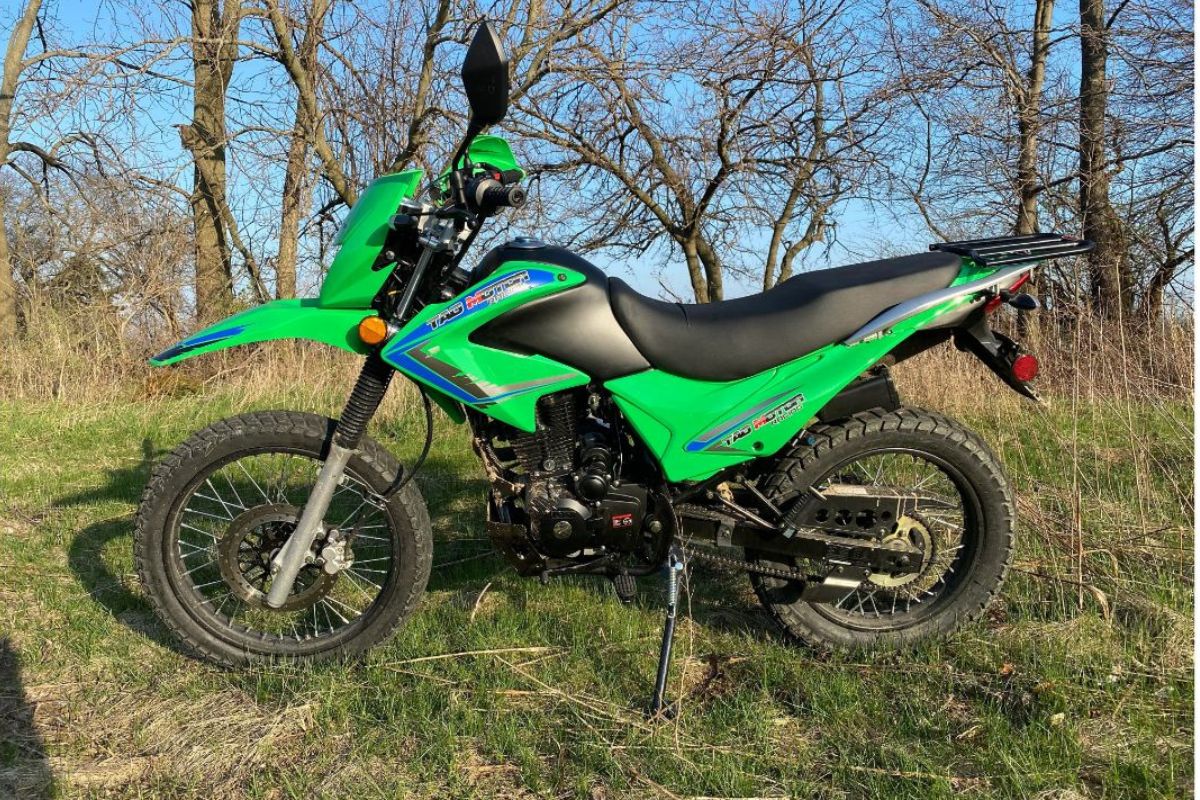 The on-road highway 229cc motorcycle features a 5-speed manual clutch and 2.9-gallon fuel capacity. Compare the fuel capacity of the TaoTao TBR7 with the 1.6-gallon fuel tank of the Honda Grom.

Does the weight of your motorcycle matter to you? The Grom weighs just 223 pounds, compared to the 362 pounds of the TBR7.

Enjoy a night ride on your TaoTao TBR7, which features a low beam for riding in the moonlight. 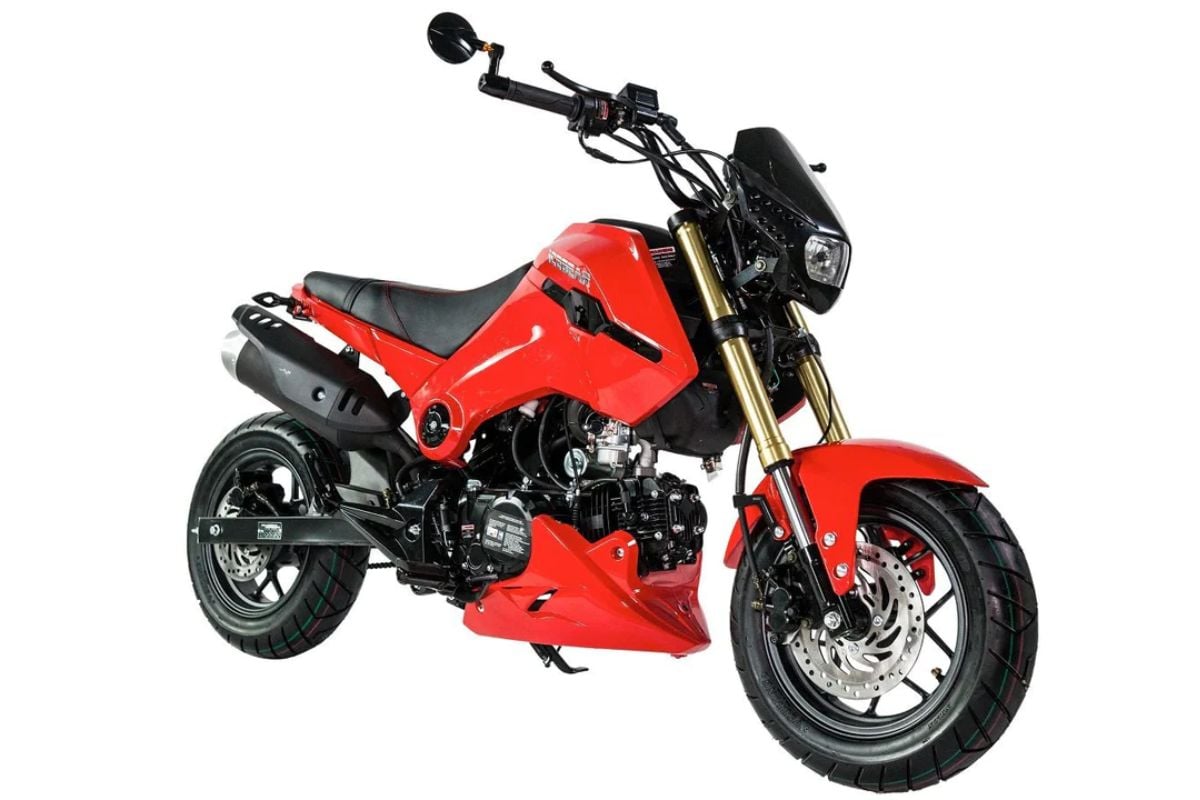 Have fun riding the Icebear Fuerza if you want a motorcycle that has a sleek appearance with a lower price tag when compared to the price of the Honda Grom. It weighs just 188 pounds, which is considerably less than the 220 pounds of the Grom.

It has only 6.3 horsepower. Combine that with the 4-speed transmission and it is easy to see why the bike has poor acceleration when you consider that of the Honda Grom.

One feature that riders of the Icebear Fuerza are likely to like that is similar to the Grom is that it is a great bike choice for stunts and tricks, without the price tag. 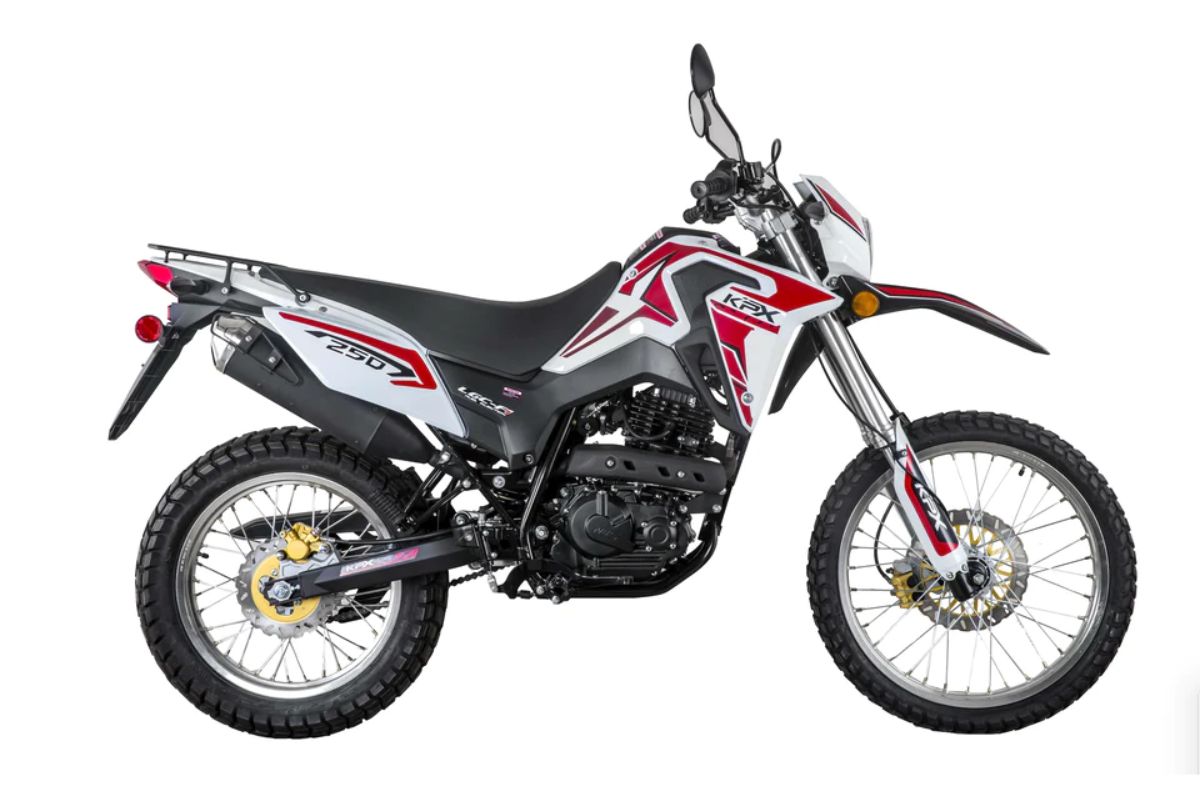 Lifan calls the Lifan KPX 250 “passion in the wild,” and it is easy to see why the company uses that description for the motorcycle. The single-cylinder, four-stroke, air-cooled, EFI engine and 6-speed transmission allow riders to experience a great ride and to look cool doing it.

Consider the weight of the two bikes, before you purchase your motorcycle. The Honda Grom weighs 223 pounds, and the Lifan KPX250 has a net weight of 333 pounds.

Both the Grom and the KPX 250 look great and provide a fantastic ride. 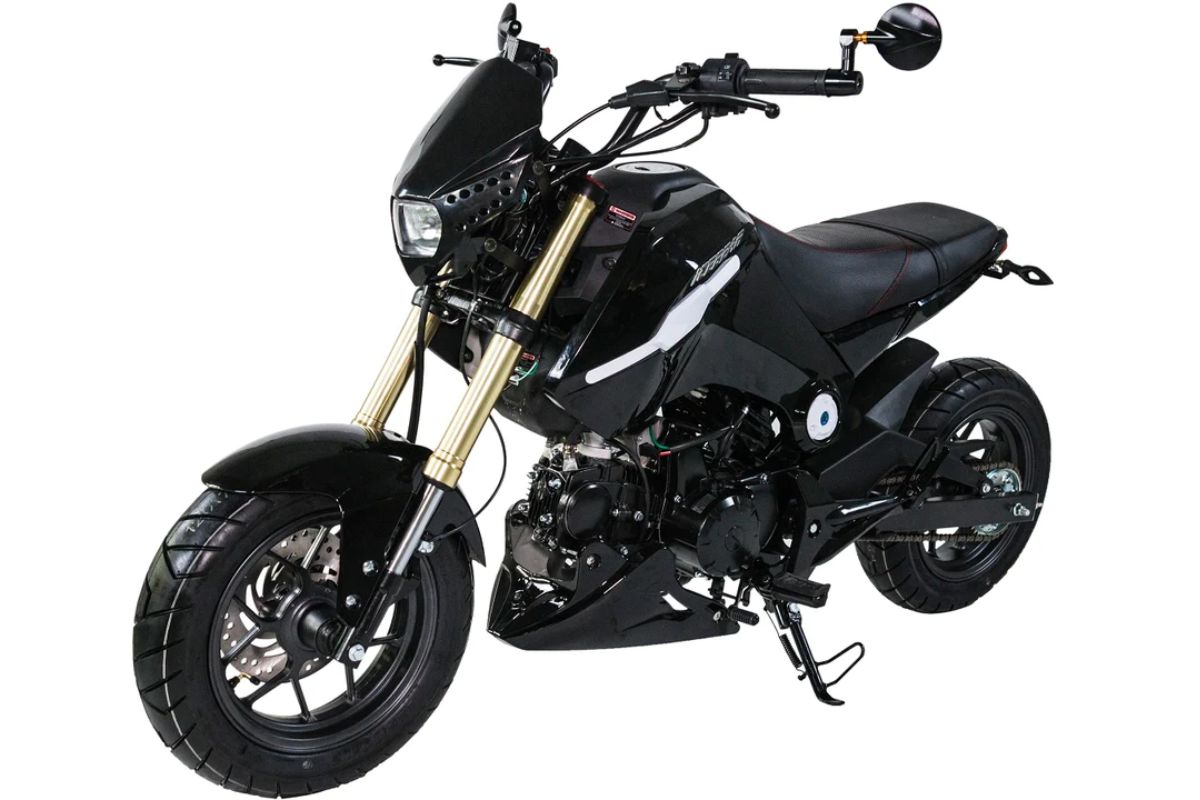 Do you wonder about the availability of parts? Find parts with ease if you ever need any for your Ice Bear Vader 2. 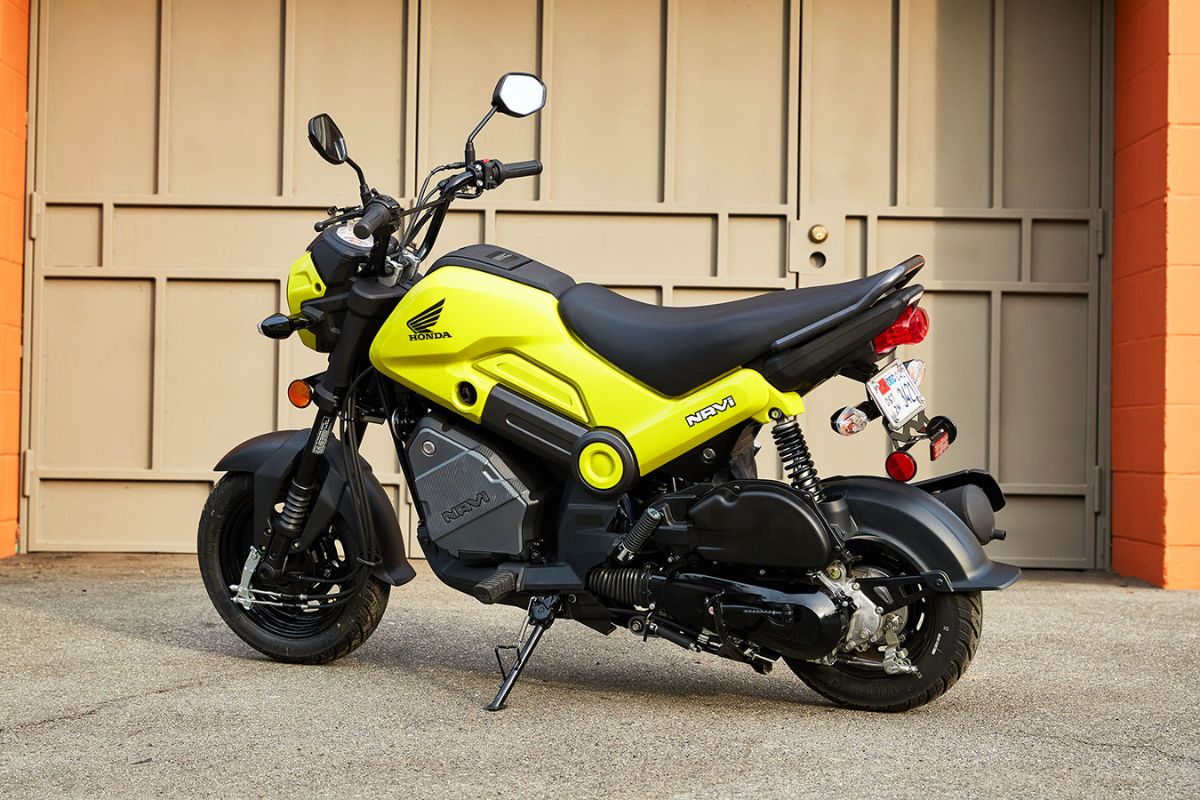 One feature of the bike is that Honda shows a commitment to making eco-friendly products. The Honda Eco-Tec (HET) is an environmentally conscious design.

Do you want a bike that lets you carry your essentials or gear? The Honda Navi features a generous, lockable integrated storage space.

Do you want to accessorize your Navi? Available parts and accessories allow you to make it your own bike.

How do I choose the ideal motorcycle similar to the Honda Grom for me?

What should I know about warranties?

Ask about the warranty before you purchase a motorcycle. Honda offers “up to four years of complete protection on your new motorcycle, ATV, side-by-side or scooter.” Make sure that you understand the warranty and that you know what it does and does not cover.

Are all motorcycles similar to the Grom street legal?

Understand the laws in your state or area before you purchase a motorcycle similar to the Honda Grom. You do not want to make a purchase, only to discover that you cannot ride the motorcycle because of state or local laws. One example is that the Ice Bear Fuerza is legal in every state except for California.