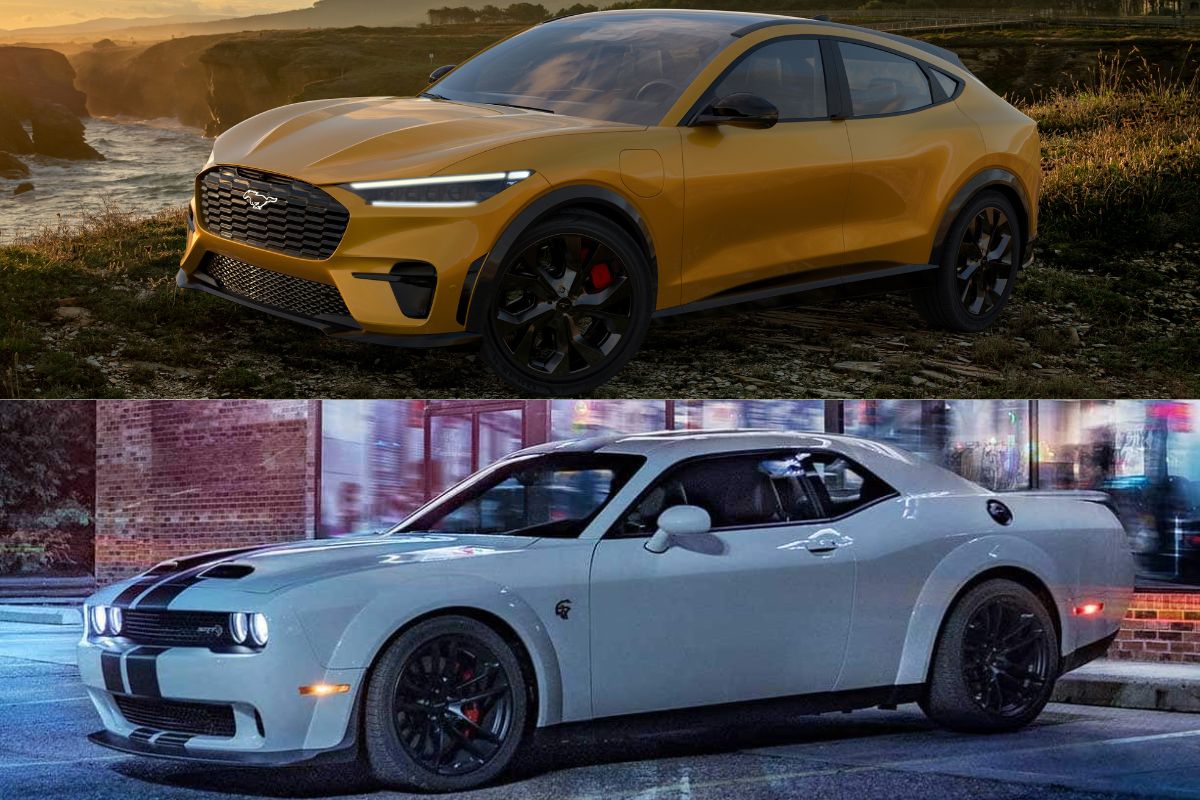 There are many considerations to think about when you look at the differences between a pony car vs a muscle car. It is something that you need to weigh carefully before settling on which one will be right for you in your specific situation.

That is why you need to be sure that you know about some of the differences and similarities between a pony car and a muscle car if you are going to get serious about deciding which one is best for your situation. Today, we want to take a look at both of these types of vehicles and what makes each one special.

Contents Show
What is a “Pony Car”?
What is a “Muscle Car”?
Differences Between the Two
Pony Cars Tend to be Smaller
Emissions Differences
Muscle Car Features You Don’t Want to Miss
Quarter Scoops
Large Bodies
Dragster Hood Scoops
Side Pipes
Fastbacks
Blowers
Which is Better: Muscle Car or Pony Car?

We first want to take a look at the term “pony car”. The reason is that most people have heard about muscle cars in the past, but there are not as many who may know what a pony car is and how it relates to the experience of driving outstanding vehicles in today’s day and age. Thus, we want to start by talking about this type of car first.

A pony car is essentially a very sporty car that is held together in a compact package, and it typically has an engine that is either a V8 or a V6 engine. This is a somewhat less powerful engine than what one might find if they were to spring for a muscle car, but that is by design.

The point is that a pony car can still provide many of the exciting features and power that a muscle car can provide, but it just doesn’t have quite the same level of power. 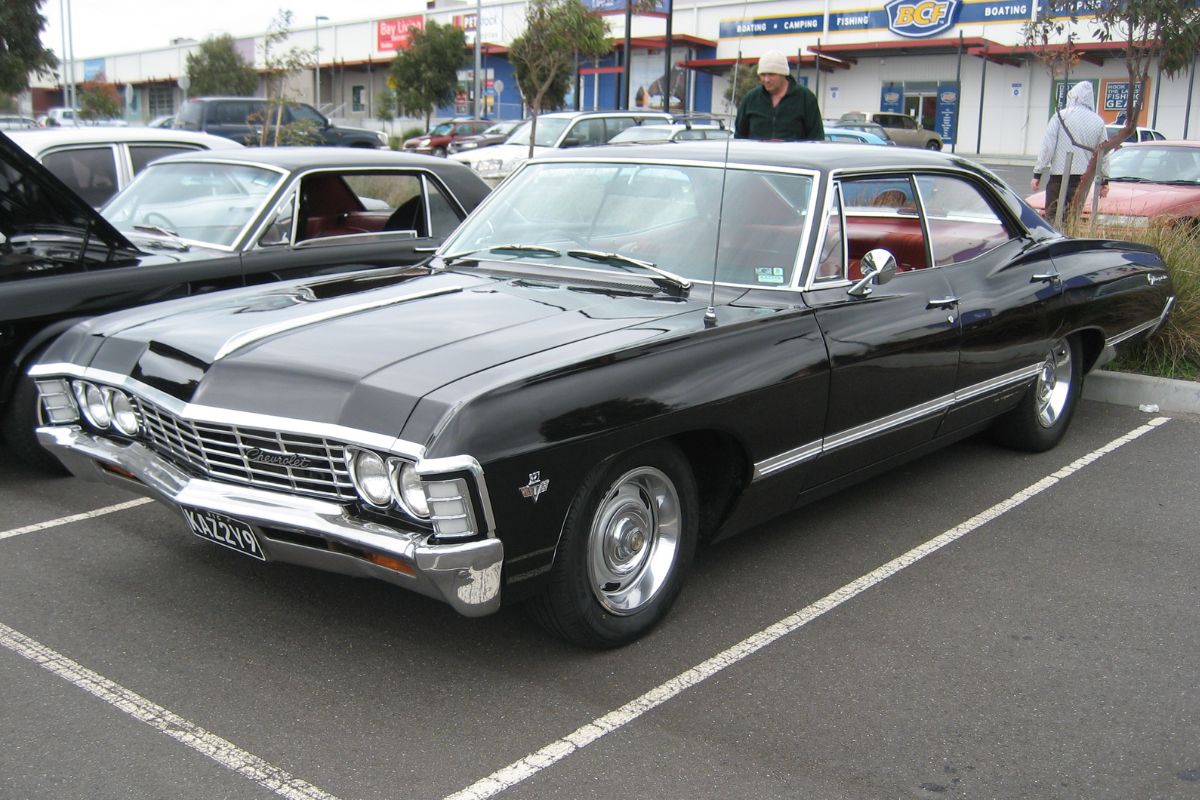 This was a great example of the first time that any company was willing to step outside of the box and start to create something that the public would love. People do have trouble telling a muscle car apart from a pony car in that they are both designed to provide a certain level of power and class to their drivers.

However, the muscle car is more strictly focused on providing the power that owners have come to expect from these types of vehicles. It is a true modern marvel in terms of the fact that it can get so much pickup from such a small package.

You will find many people like to gather together to show off their muscle cars and talk about the features that make each type of muscle car unique. If that is the kind of thing that appeals to you, then you may want to take a stab at getting involved in the muscle car world for yourself as well.

Differences Between the Two

We have already discussed to some level how a pony car and a muscle car are likely to differ from one another. You should take careful notes on the differences between the two because it is important to understand which one you should go for in a certain circumstance.

For the most part, it is important to understand that pony cars and muscle cars are both performance vehicles that seek to give their owners the opportunity to drive something that has a lot of strength and power behind it.

Pony Cars Tend to be Smaller 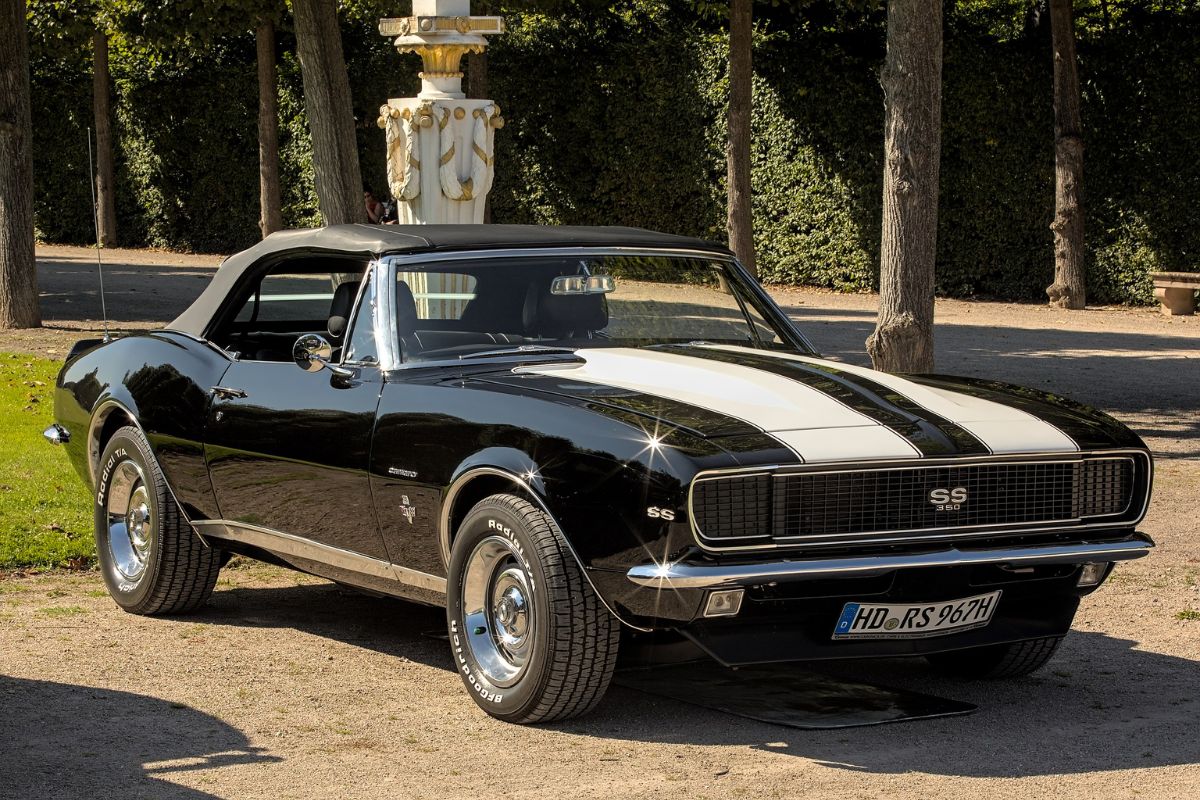 One of the most important things about pony cars that you will notice is that they tend to be smaller and therefore have a little less power behind their engine than muscle cars. However, this can be a little misleading because there is no universal definition of what makes a pony car and what makes a muscle car.

That’s right, the two cannot be told apart completely to any universal extent. That is pretty important to highlight because it means that we all need to be more aware of the fact that pony cars and muscle cars are not nearly as different as we may think.

There used to be a bigger difference between pony cars and muscle cars in terms of the emissions that they put out into the world, but even that has changed in recent years. The Environmental Protection Agency (EPA) jumped in to make sure there would be standards between the different types of vehicles to ensure that they didn’t get to emit any amount of emissions.

Now, the two are very closely linked in terms of the total of emissions that they put out. Before all of those regulations, it was common for muscle cars to put out more emissions than pony cars, and more than almost any other type of car on the market as well. 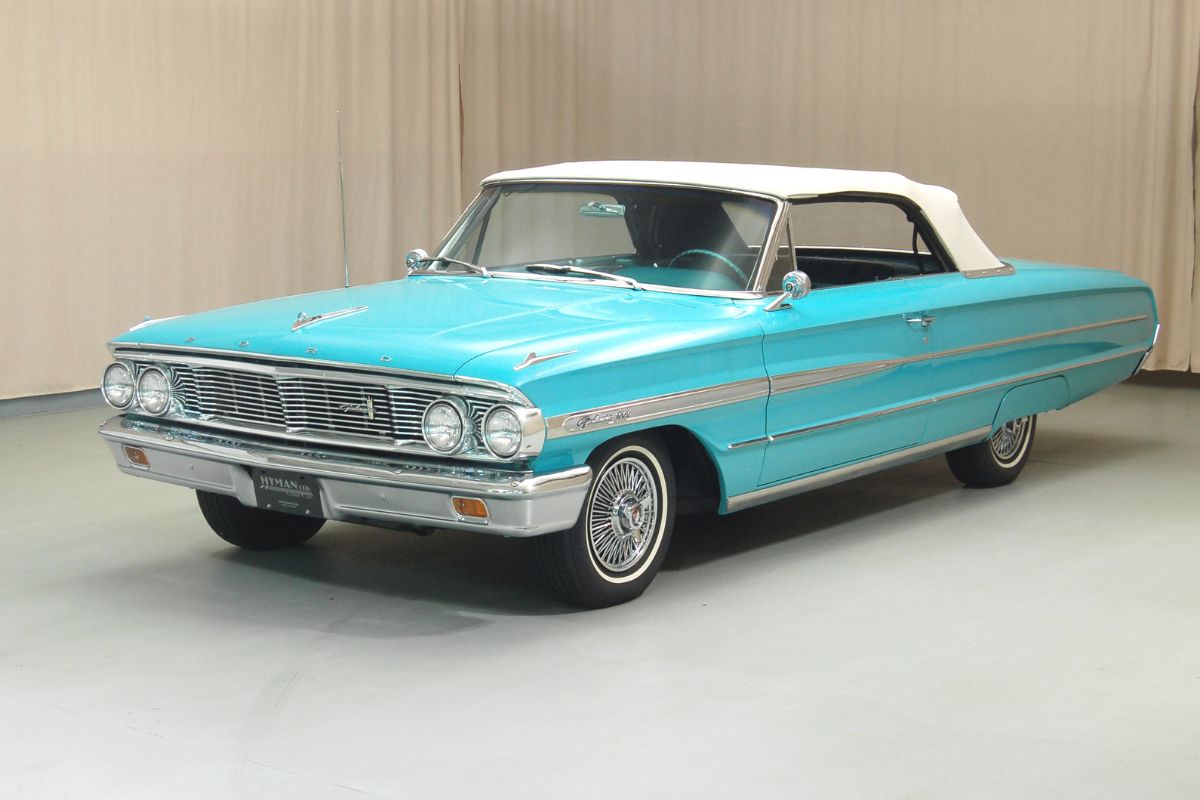 When looking at the kind of features that make a muscle car unique, you want to make sure you know a little about the elements that have historically gone into these vehicles and why it matters. Let’s zero in on some of the most traditional features that one will find on a muscle car.

The best thing about quarter scoops is that they are useful both for their practical purpose (as a vent) and also look great at the same time. Thus, those who go shopping for their favorite muscle car can find one that has the quarter scoops that they have come to expect, and they don’t have to worry about losing any of the design features that they love so much.

Thus, quarter scoops are ideal in terms of making sure one gets a beautiful-looking vehicle that has the vents that it needs to run at a top level. 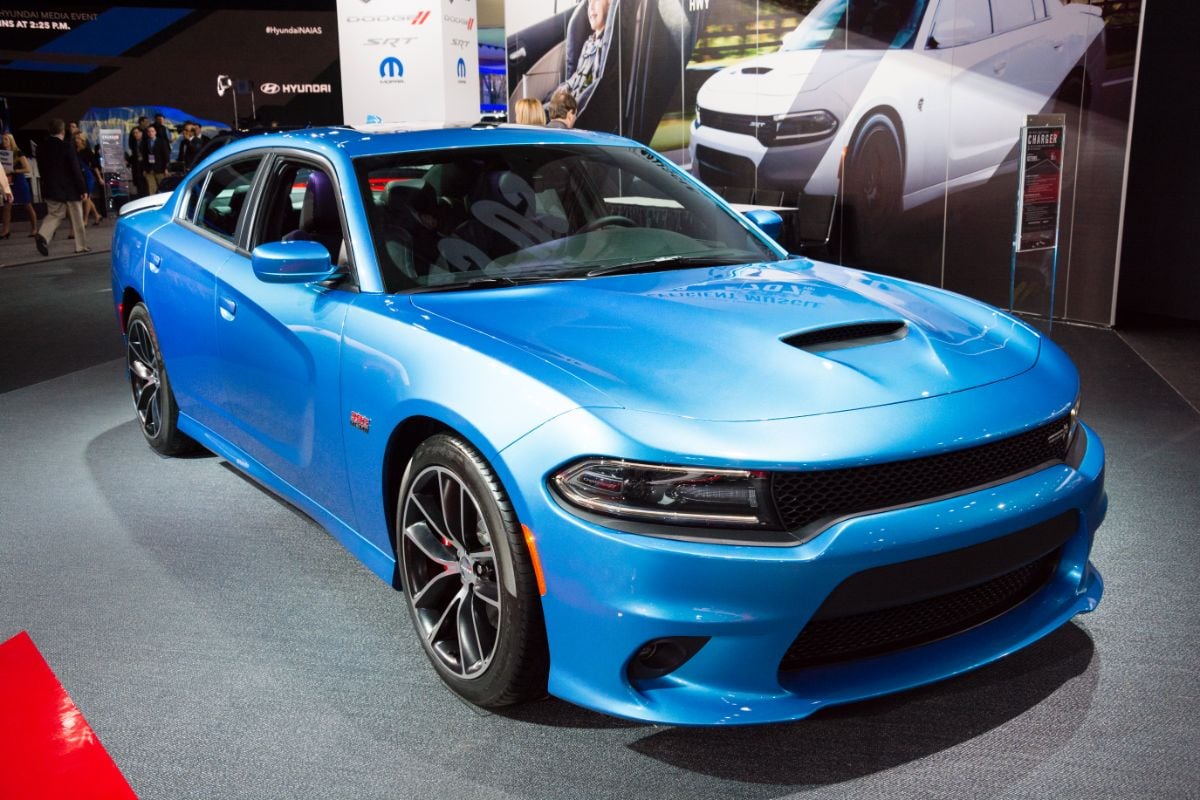 You have to admit that one of the things that are so appealing about muscle cars is the large bodies that they boast of. This matters because there are so many vehicles on the road today that is compact in nature. That is not a terrible thing in and of itself, but there are some people who would rather have a larger body on their vehicle.

Muscle cars are designed this way on purpose, and it really helps them stand out when it comes down to it. Those who want something that they know will make an impact statement right off the bat know that they need something with a larger body, and that is what muscle cars do.

Drag racing is a common activity for people with muscle cars to engage in. After all, if they are going to have that much power in their vehicle, then they might as well put it to some good use!

Those who do want to take their muscle car out for some drag racing should make sure that it has the dragster hood scoops that make it stand out in ways that they wouldn’t be able to get it to otherwise.

This hood scoop is great for channeling the air that flows around the vehicle in just the right ways. You definitely want the aerodynamics of your vehicle to work out perfectly, and a great way to make that happen is to have some dragster hood scoops to help make it work just right for you. 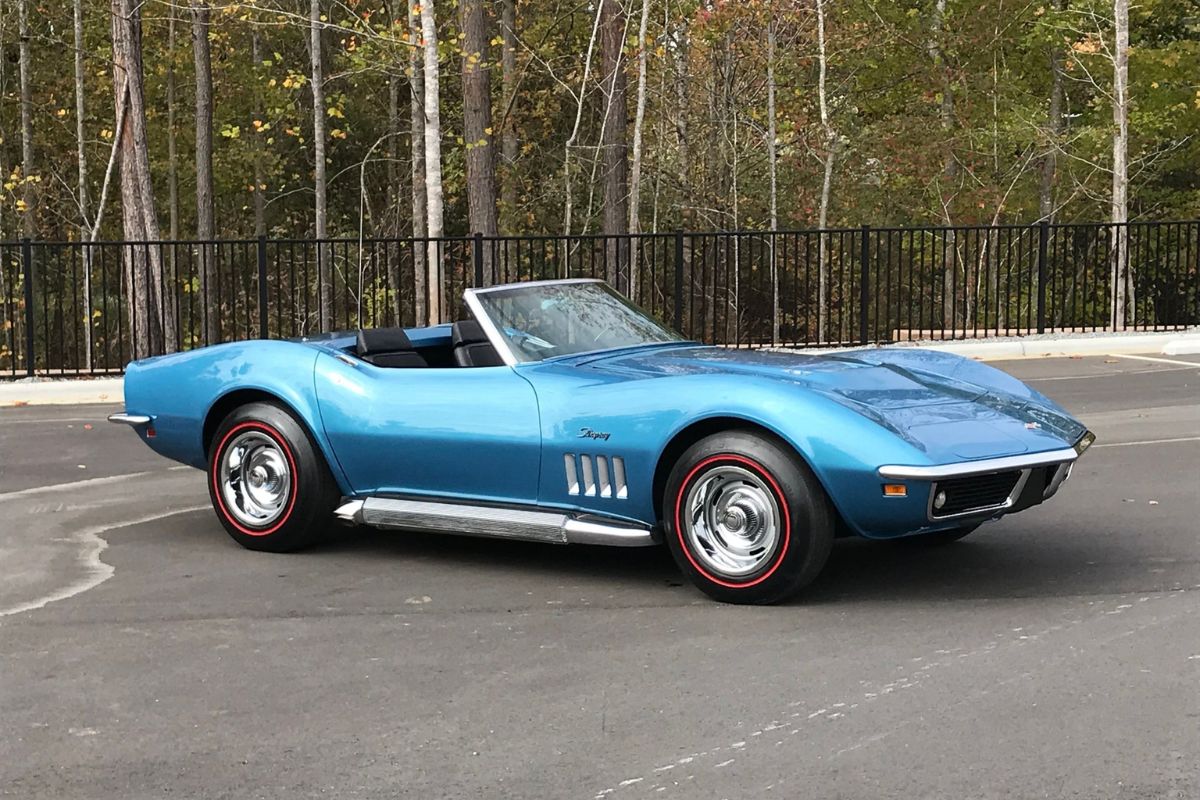 Exhaust side pipes are not nearly as common with modern muscle cars as they once where, but this is a great feature that used to be commonplace on all muscle cars. They look great, and they provide the owner with the chance to get extra exhaust out of the vehicle. This may provide that extra level of power that is needed to win the latest race that the vehicle is put through.

This term refers to a specific look that can be traced back to Ford Mustangs between 1965 and 1970. That is when they first started to redefine what was meant by a “fastback”. Before that time, the term was used to describe all types of cars.

Now, it is reserved specifically for cars that meet particular criteria that have come to define the look. It is so important to understand that this is the way that things are now and to accept that people will be looking for a very specific thing when they talk about a fastback car.

This feature is all about the look of the vehicle. It doesn’t really do much for it as far as performance is concerned, but it is important to many people to have a wonderful look to their muscle cars when they take them out for a spin. Thus, you can bet that there are plenty of people who will ask for the fastback look when they are looking for the perfect muscle car.

You may not realize that you know what the blower on a muscle car looks like, but the odds are pretty good that you do know about this. These are the pieces of equipment that go on the hood of a muscle car and resemble a blower gun. They stand out because they jut out from the hood and because they often have a custom design to them.

That is why you can tell with certainty when you are looking at a muscle car if they have one of these.

Which is Better: Muscle Car or Pony Car? 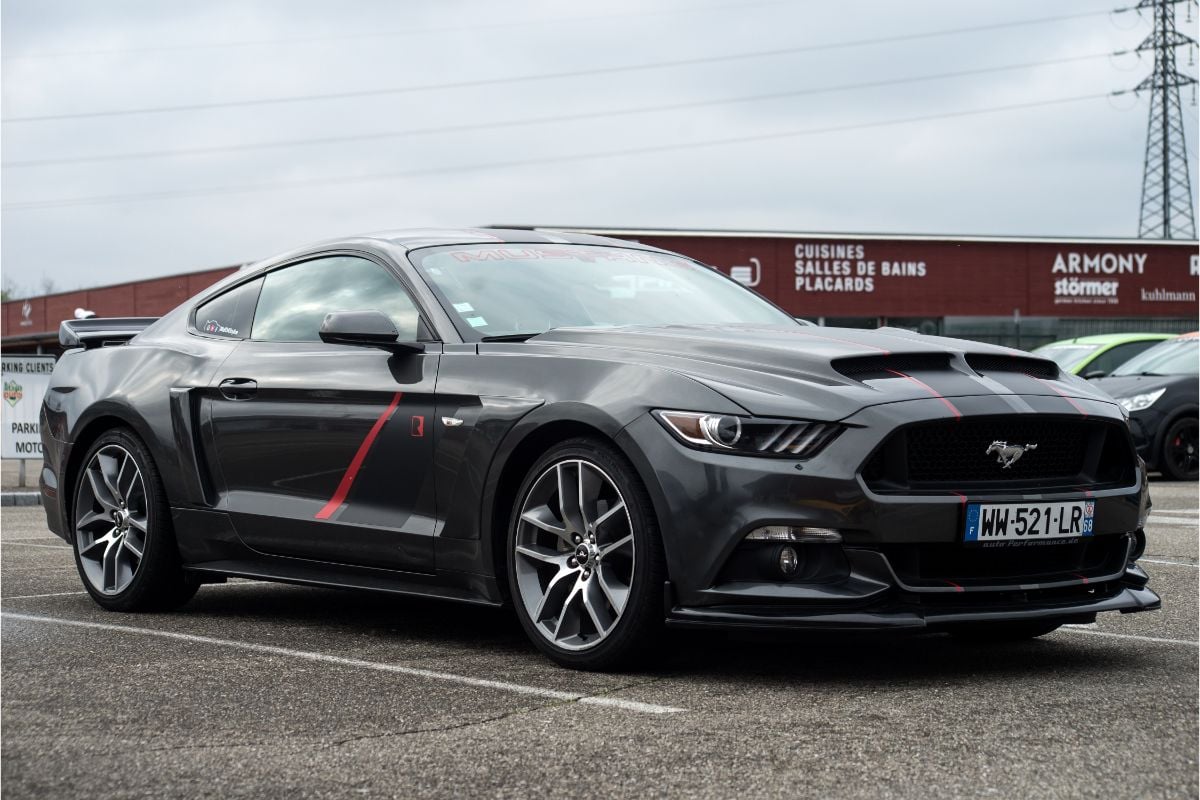 Everyone wants to know which kind of car is truly better for their needs. Should they go with a muscle car or a pony car? It comes down to what they are looking to get out of their driving experience.

See also  Will Electric Cars Not Start if it’s Really Cold? If so, at What Temperature?

Are they interested in turning heads and making people take a look at what they are doing? Or are they more concerned with simply getting a great deal of performance at a reasonable price?

Those who care about getting a reasonable amount of performance at a reasonable price should look to go for a pony car to get themselves covered. It is the more affordable option among these two, and yet the pony car is still able to get a lot done for people who are trying to maximize the abilities of their vehicle to do great things.

You have to look at both the muscle cars and pony cars that are available in your area to know for sure which one will work best for you, but most people tend to agree that they don’t necessarily need to compromise when it comes to getting the kind of deal that they really want.

If you are of the mindset that you would like to do anything that it takes to get supreme performance out of your vehicle, then you may need to go with the muscle car, but you should expect that you will need to pay a little more than you would for most other types of vehicles.

It is up to you to decide what values you have for yourself and your cars. You just want to make sure you review all of the elements of either type of vehicle that you are looking at. Think about the factors that we have listed above, and then consider if there are ways that you can get something that will truly make yourself happy every day when you are driving around in your vehicle.

You now know a lot more about the similarities and differences between pony cars and muscle cars than the average person does. You can take this knowledge with you to car shows and other places where people gather to discuss the various elements that make up their favorite things about muscle cars and pony cars alike.

Make sure you spread this information to other people who may benefit from it as well. It is critical to the continuation of the spread of knowledge among the community, and you don’t want to give that up for anything.