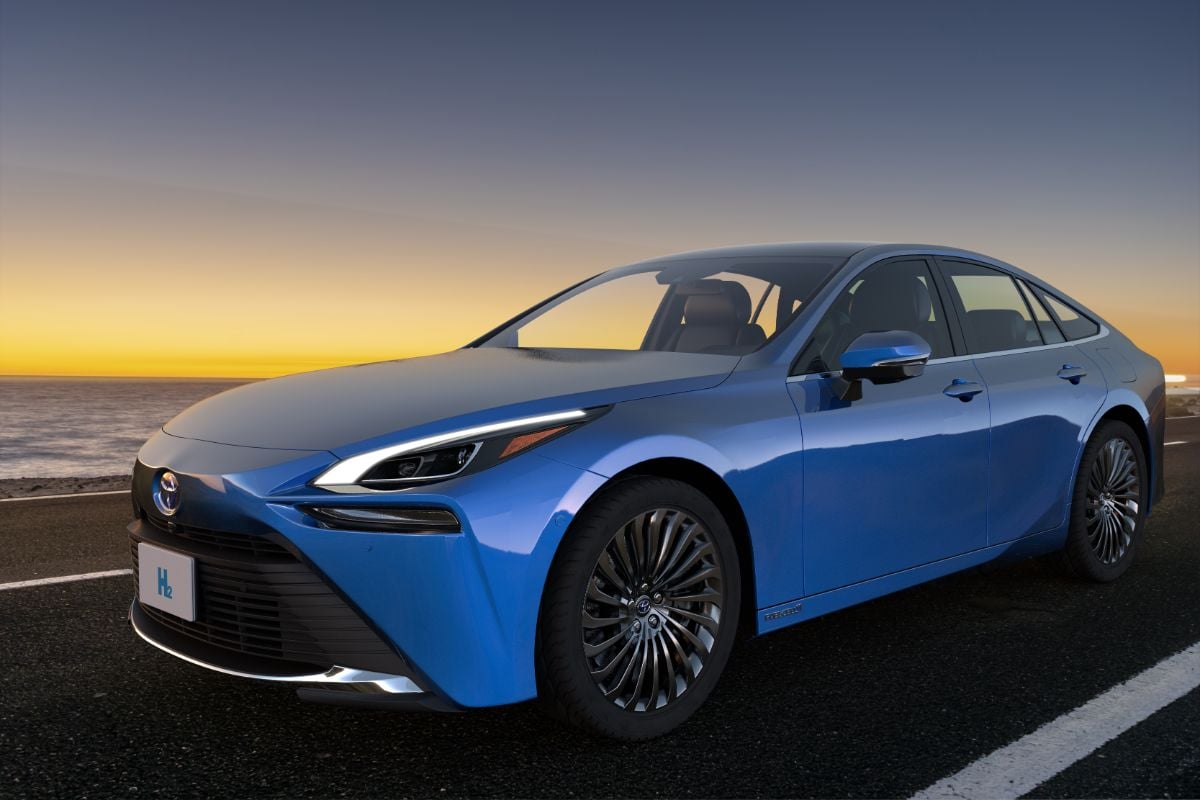 With only two trims, the base starting at $50,525 the Mirai transfers over into 2022 with no modifications. Even the lovely hydrogen-powered car’s price stays the same.

The Mirai comes in two trims, the XLE and the Luxurious Limited, both of which have a 402-mile range and MPGe rating of 76 city/71 highway. While carrying five passengers, this vehicle can attain a top speed of 125 miles per hour and accelerate from 0 to 60 mph in 9.1 seconds.

For electric vehicle drivers, the Mirai removes the need to queue in huge lines for recharging. The interior design as well as the drive and performance are excellent.

This vehicle is powered by a hybrid powertrain that includes a fuel cell electric drivetrain. Because it runs on hydrogen, this hydrogen-powered electric car does not require any power from the national grid.

All of the power from the 182 horsepower Mirai is sent to the rear wheels using a single-speed direct-drive transmission. The RWD chassis provides excellent agility while preserving a polished and regulated ride.

Cars Similar to the 2022 Toyota Mirai

So, you’re looking at the Mirai, you like it but wonder what are your other options. Well, we’ve researched for you. Here are some cars similar to the Toyota Mirai in terms of: 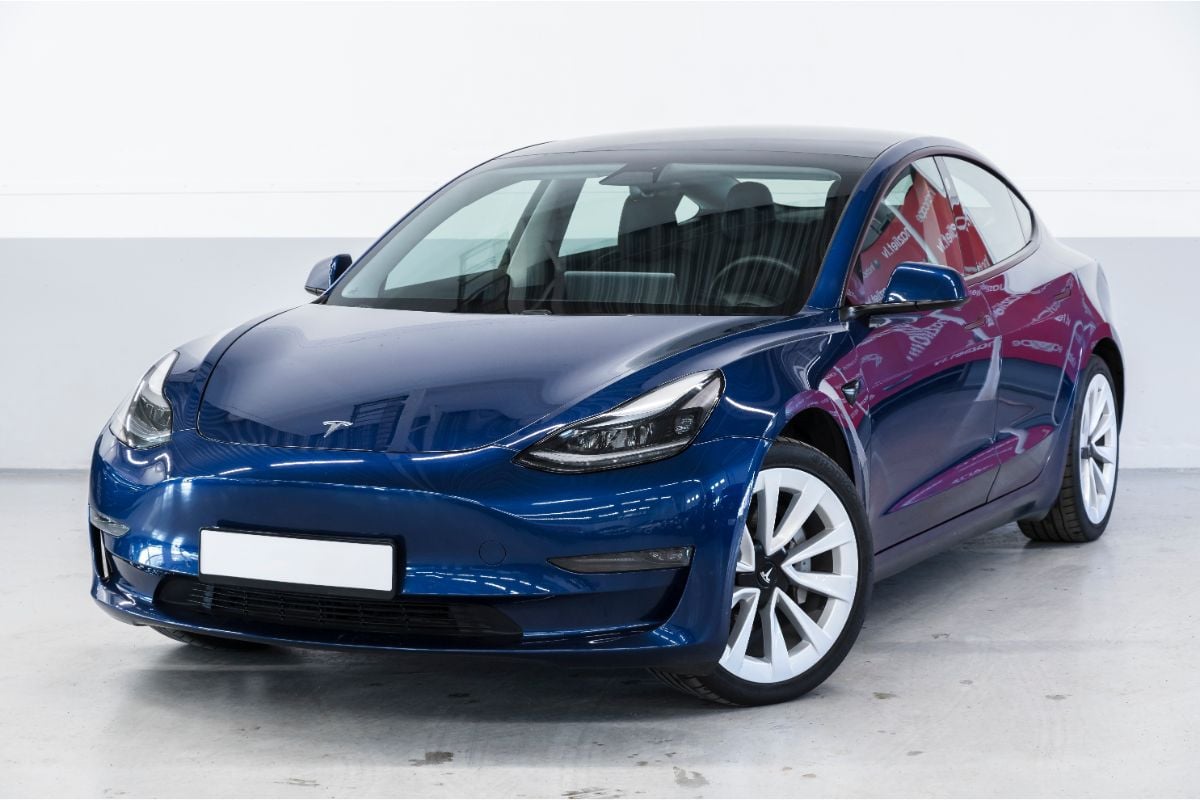 There is a sticker price of $44,990 for the Tesla Model 3 base and these cars give you a range of 358 miles. Standard Range Plus, Long Range, and Performance are all the three different trim levels. At a top speed of 140 mph, this electric vehicle can accelerate from zero to 60 in 5.3 seconds while seating five people.

The long-range variant has impressive acceleration and handling, and that appeals to me. As a part of the Model 3, all of Tesla’s Autopilot semi-autonomous handling technology is included.

For the first time, Tesla has sold more Model 3s than any other EV on the globe. The RWD Standard Range Plus trim has 197 horsepower and a zero-emission range of 423 kilometers.

This electric car comes up to the expectations, offering a near-ideal combination of performance, range, and affordability. 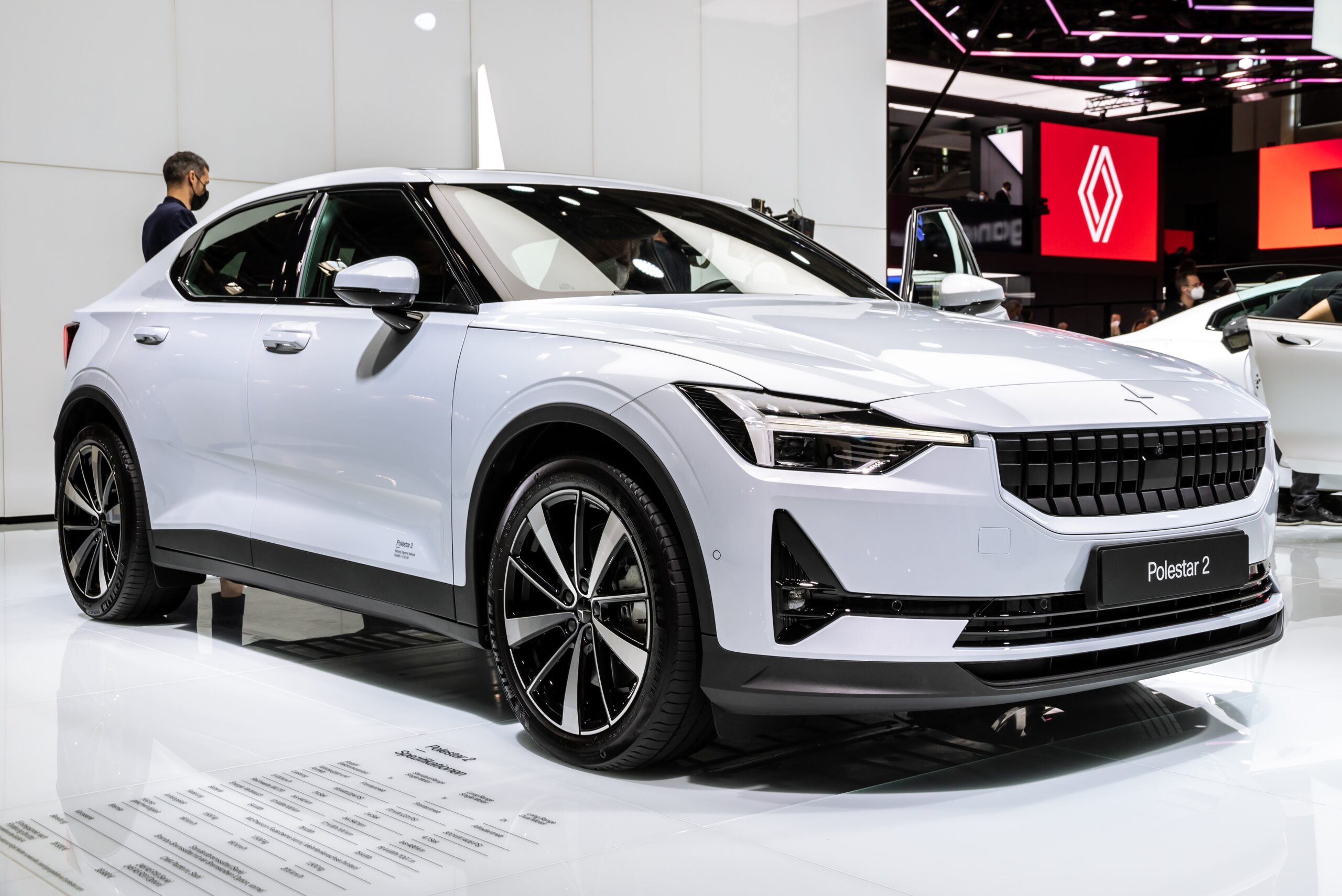 The Polestar 2 has a starting price of $45,900 while offering an MPGe of 94 city/ 84 Highway.  The two trim levels are Single Motor and Dual Motor. You can travel as fast as 100 miles per hour in this car and accelerate from zero to 60mph in seven seconds while seating five passengers.

To me, the Polestar 2 is the pinnacle of being customizable. This electric automobile has a slew of cutting-edge technologies that should prove popular in the future.

Volvo-owned Polestar, which is also owned by Chinese conglomerate Geely, began producing electric vehicles in 2017 to take on Tesla.

The Polestar 2 is a five-door electric hatchback with a claimed 292-mile range and plenty of performance. There’s a planned release after 2022 or early 2023 for the Polestar 3, which is an all-electric SUV.

Built for performance and practicality with its top speed of 62mph, this motorcycle can handle everything you throw at it. Consequently, the brand promises an auto that recognizes its driver via their phone and adjusts their seat accordingly. The infotainment system in the automobile will also reveal driver choices. 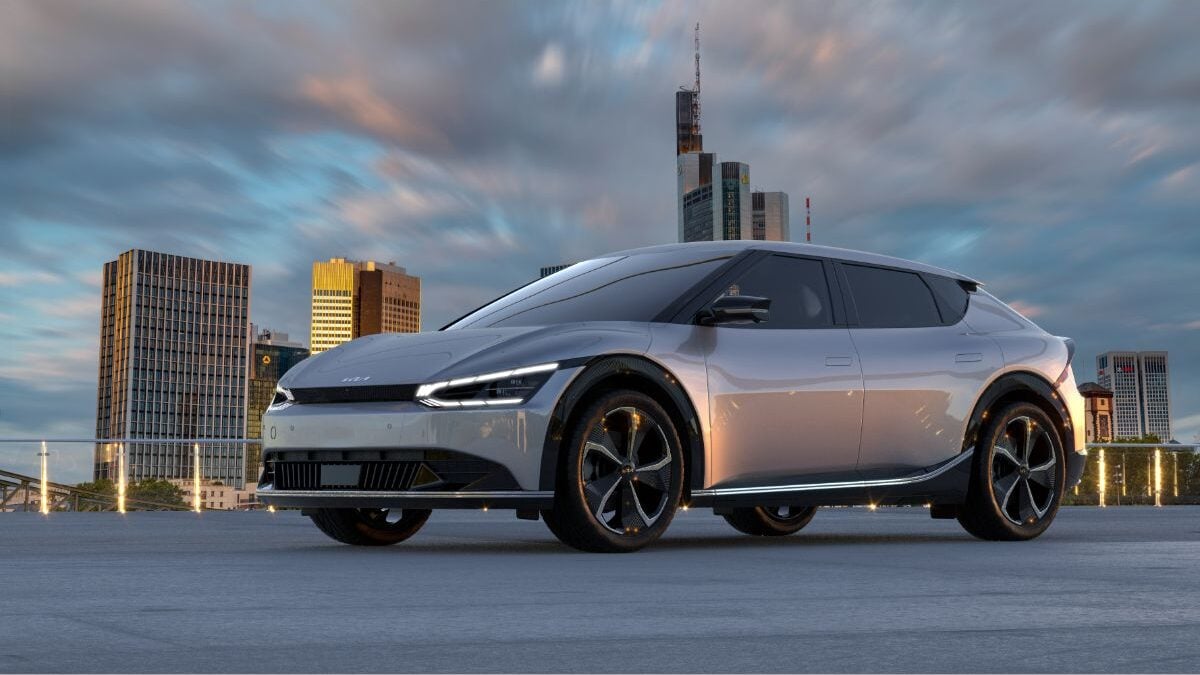 The EV6 is more elegant than most popular EVs, boasts athletic and precise driving characteristics, and is comfy and spacious inside for a starting price of $42,195.

I recommend the Wind twin-motor, all-wheel-drive trim level for the EV6 as it’s the most economical option for all-weather traction and since the dual motors create 320 hp compared to the single motor’s 225 hp.

It has a smaller power pack than all-wheel-drive variants, although the base rear-drive variant only has 167 hp and a lesser battery pack. 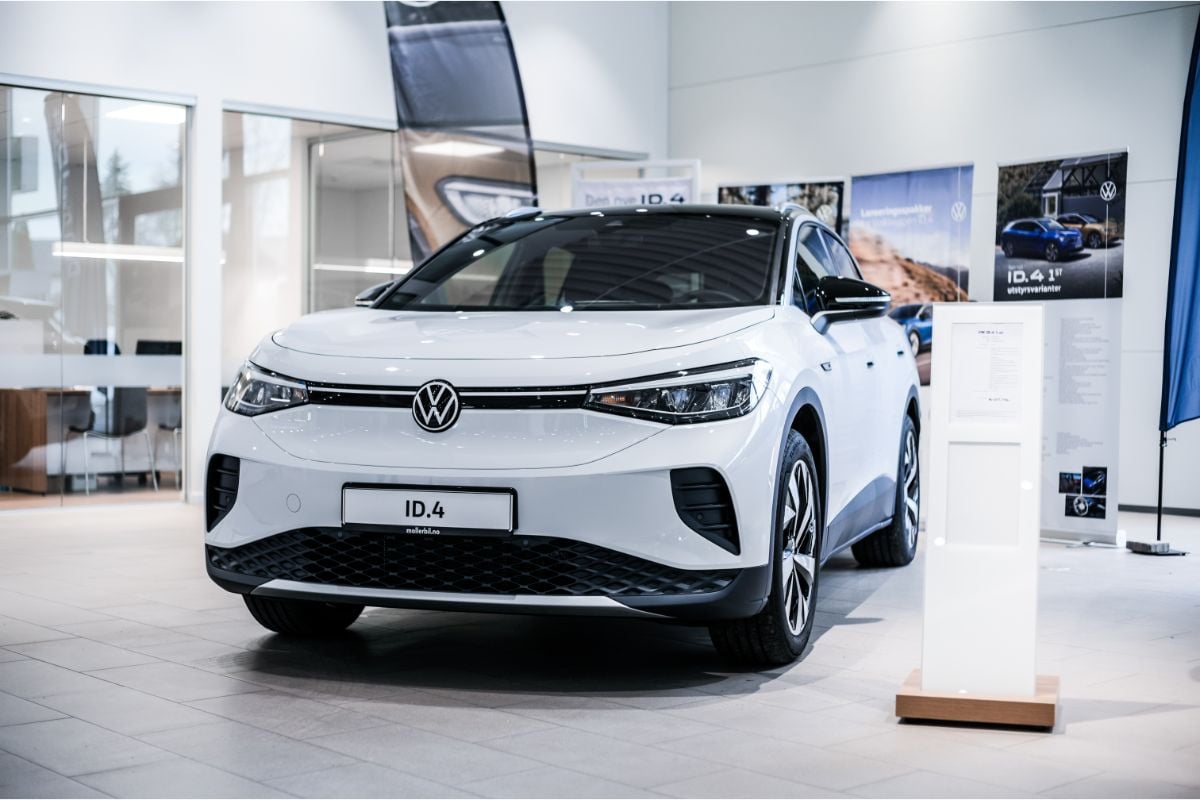 Pro and Pro A are the two trim levels. While towing five people, the top speed of this vehicle is 93 miles per hour, and it accelerates from 0 to 60 mph in 7.6 seconds (or 5.4 seconds with AWD).

This ID.4 has a spacious cabin, long-distance ability, and polished ride which are just some of my favorite characteristics.

The latest Volkswagen ID.4 SUV is indeed a fantastic alternative for families due to its low lifetime cost of ownership. All-wheel drive will soon be offered as an option on the ID.4, making it an excellent alternative to the Tesla Model 3 SR+ for those searching for a low-cost BEV.

AWD adds a second engine and boosts the power to 295 hp from 201 hp in the rear-wheel-drive models. 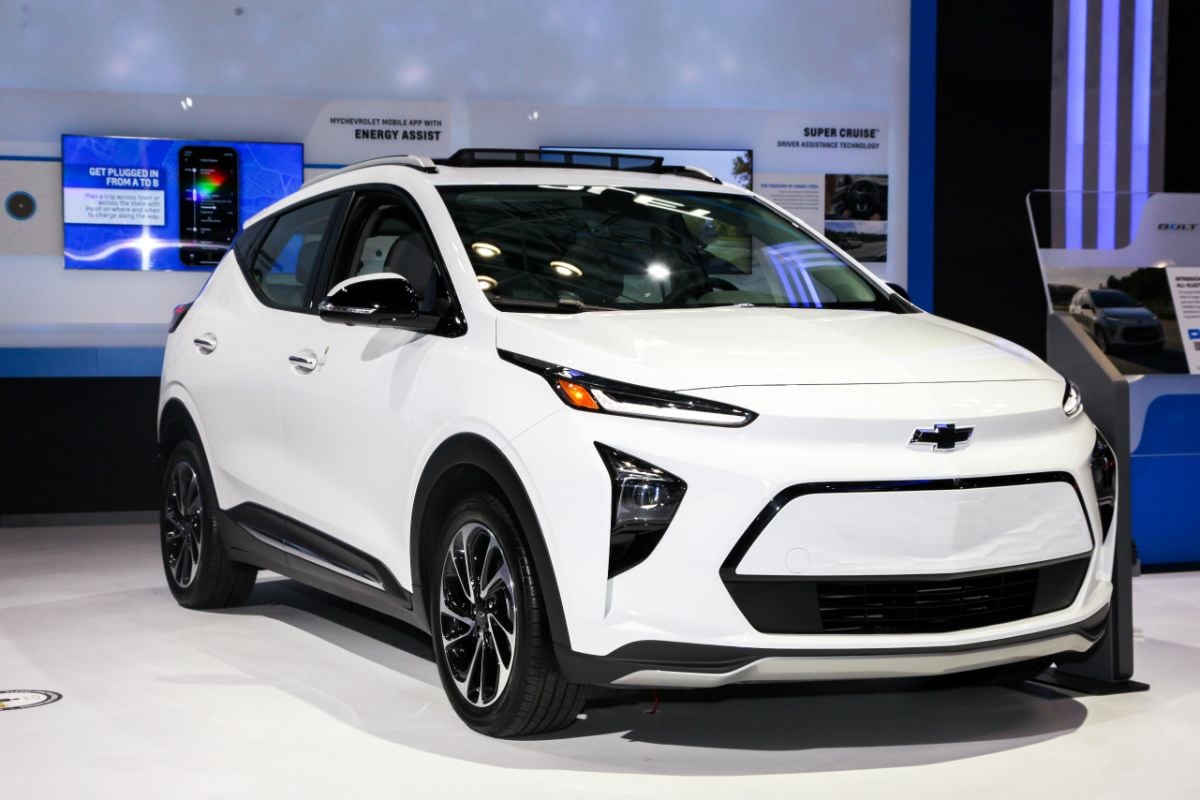 The Chevy Bolt Costs $31,500 for the base model and offers MPGe of a 259-mile range. The two trim levels are 1LT, and 2LT which give you a top speed of 93 mph and accelerate from zero to 60mph in 6.5 seconds. The Bolt seats five people.

I like that the Bolt EV, motor, and chassis for the year 2022 are all the same as previous models we’ve assessed, and that’s in a good way.

Electric power and torque output from the vehicle’s front-wheel-drive electric powertrain remains unchanged at 200 horsepower and 266 pound-feet. This setup has a lot of low-end torque, so you can get going as soon as the green light comes on.

Although the newest Chevy’s electric motors will be less sensitive at high interstate speeds, they will still be simple to combine and pass. As in previous years, we anticipate a comfortable ride and plenty of power, as well as a shattered perception of electric vehicles in general.

Merely touching the center console is all it takes to get around in a car with one pedal. As a result, the brakes are seldom used with this arrangement. 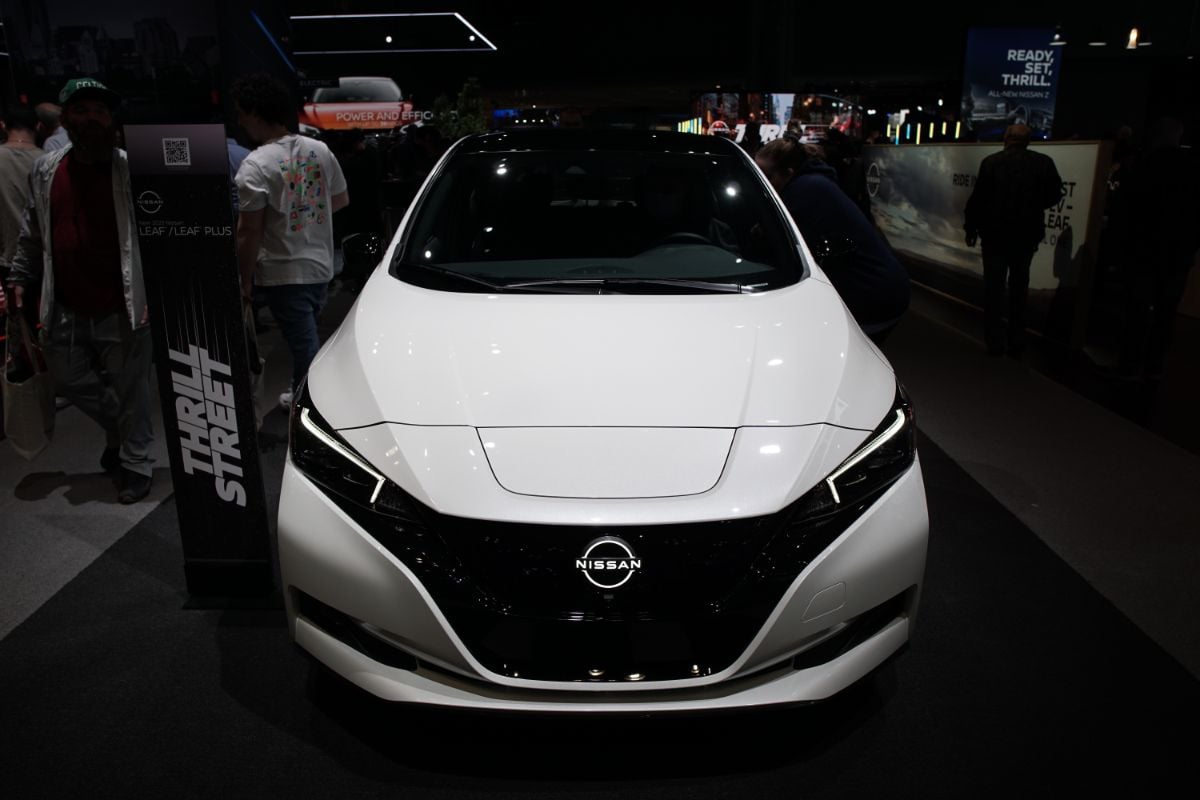 To put it simply, the Nissan Leaf’s top speed is 90 mph and it takes 7.9 seconds to go from 0-to 60mph. You’re able to get 123 city/99 highway MPGe in a single tank of gas. There is enough room for five passengers in Nissan’s Leaf S, SV Plus, and SL Plus models.

I like the S model as it’s the most affordable new EV on the market currently. In the long run, its range, as well as safety details, have expanded significantly.

The standard Leaf model has a modest 147 hp electric motor plus a 40 kWh battery. The integration of Apple CarPlay, as well as Android Auto on an 8-inch touchscreen, are the only high-tech features in the car’s cabin.

A basic fast-charging connection and an optional portable 240-volt charging cable will be standard on trim levels starting at about $40,000. While the S and S Plus’s 215-mile ranges are the shortest, the S Plus’s 226-mile range is the longest. 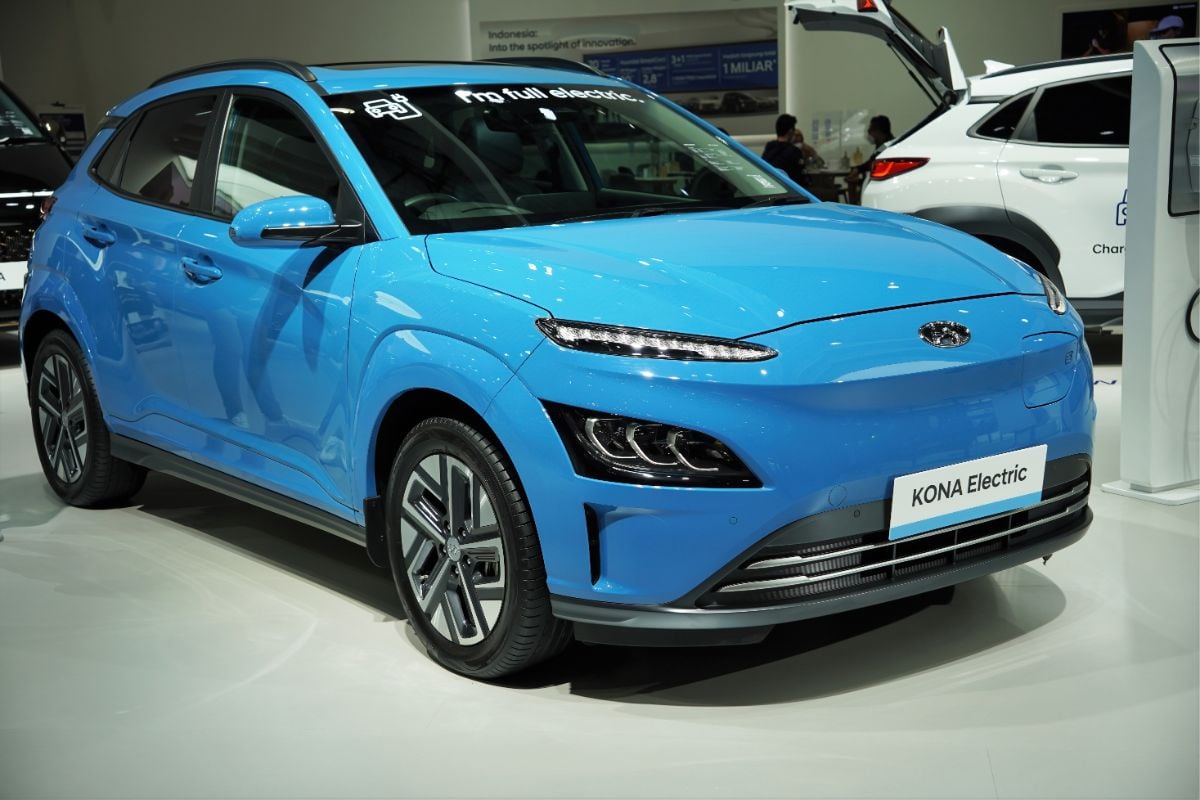 There’s a lot to enjoy about the vehicle’s ease of use, competitive driving distance, and a 10-year warranty. Everything we love about the gasoline-powered Kona is now available in electric form.

All of the things that made us fall in love with our gas-powered Kona will be brought over to the 2022 electric model. There is no four-cylinder engine in the Kona Electric, and it can drive more than 258 kilometers on a single charge. Today’s increasing electric vehicle market places a premium on a car’s range.

The Chevy Bolt EUV can travel 250 miles on a charge. Those looking for an electric car with great performance can’t go wrong with the Kona Electric, thanks to its competitive projected range, quick momentum, agile handling, superb basic guarantee, and free upkeep package. 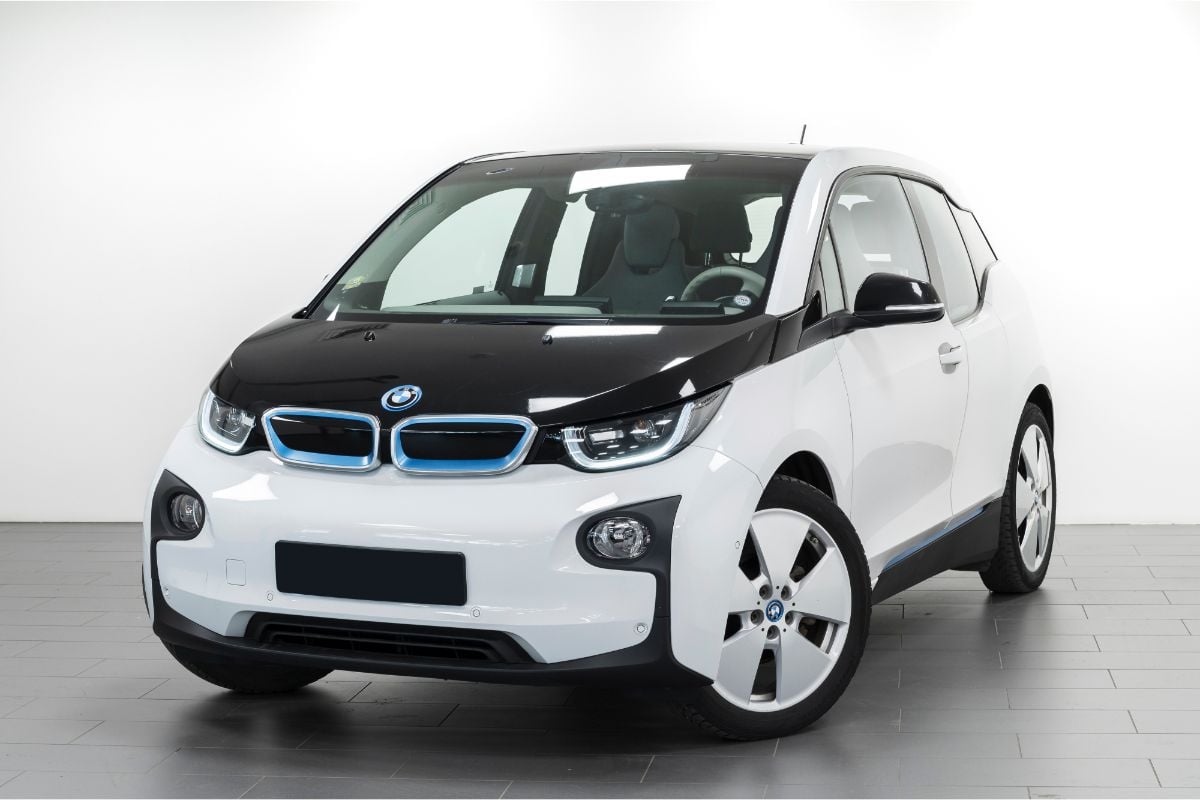 This is a smaller battery pack than the Bolt EV’s 60.0-kWh one, thus the EPA rating of 259 miles for an all-electric car is higher for the Bolt than for the i3. Similarly, the Model 3’s largest battery has a 353-mile range. A range extender powered by gas is only available in the i3, which kicks in when the battery is at 5% charge. 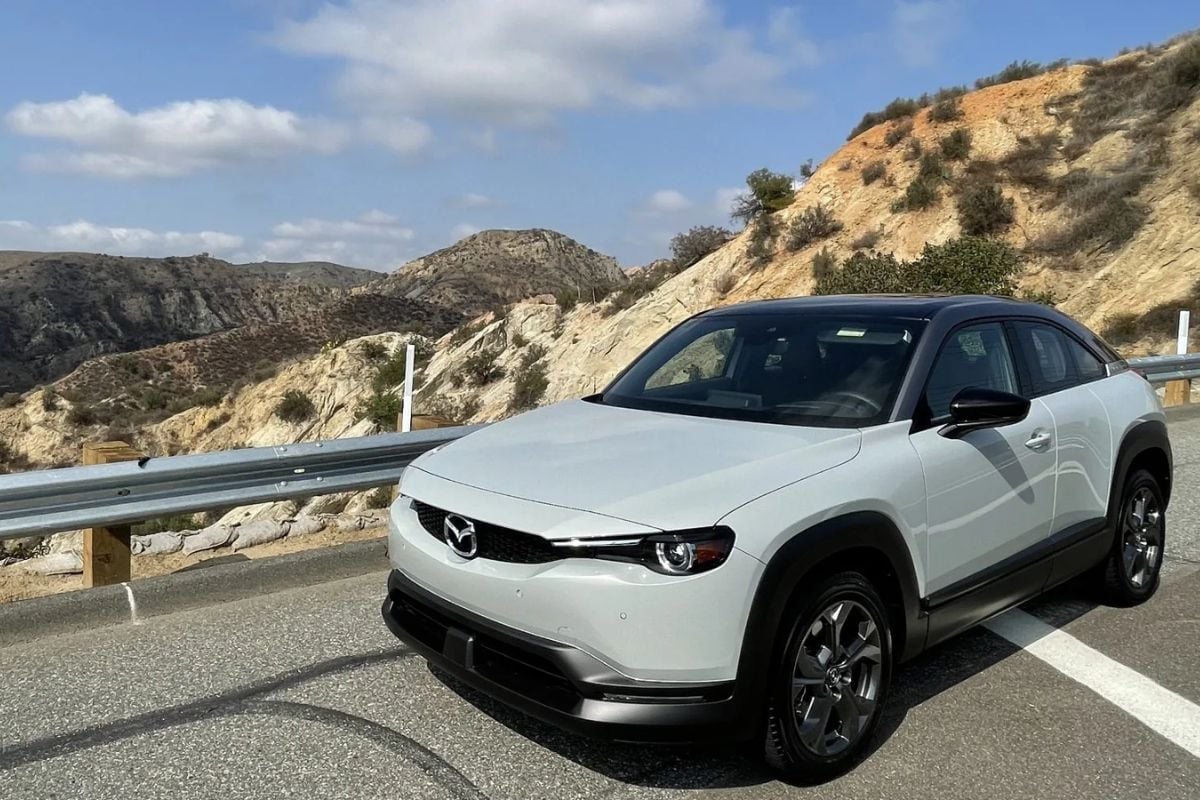 This car’s interior makes a huge impression because of the use of sustainable materials, and the handling is versatile, which I appreciate.

Mazda’s first all-electric SUV, the MX-30, is stylish and functional, but it lacks the range to get you where you need to go. The exterior styling of this vehicle is influenced by the BMW i3 electric car, with its coupe-like cover and rear-hinged back doors.

Its 30.0-kWh battery pack is powered by a 143-horsepower electric engine, which allows it to travel up to 100 km on a full charge.

The MX-30 Premium Plus comes with a slew of extras that aren’t available on the original model. Additionally, this model’s standard features include a 360-degree video system, a heated steering wheel, and a 12-speaker Bose stereo. 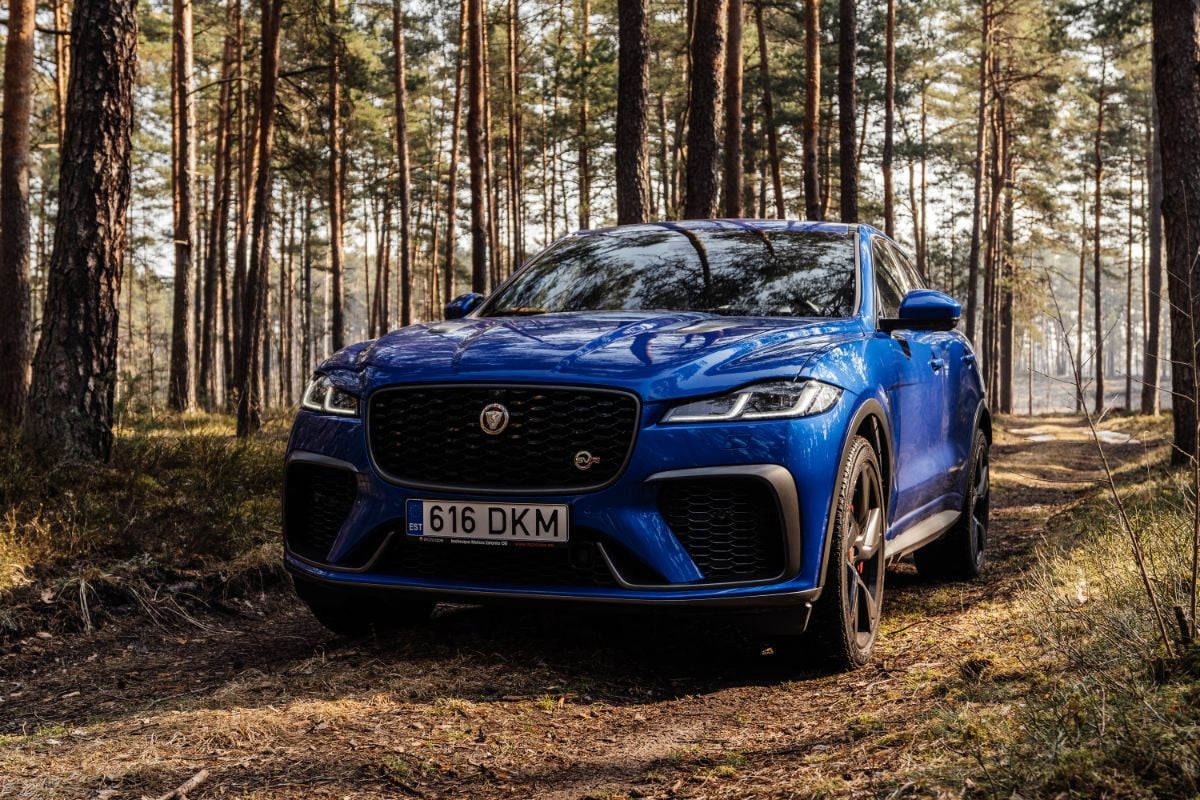 This all-efficient electric SUV is airy, masterfully crafted, and fully incorporated with cutting-edge technology. ‘ Jaguar’s I-Pace is available in four different variants for the starting price of $69,900: S, SE, HSE, and First Edition.

With room for five, the I-Pace is an excellent choice for a family car. In the labels, the combination of speed and calmness produces a powerful message.

Electric motors with 512 lb-ft of torque as well as 394 hp are standard on all I-Pace AWD variants. On local streets or interstate, you can easily pass slower-moving traffic using this extra energy.

The I-air Pace’s suspension contributes to the car’s superb steering feel. Because of the big battery pack under the floor, the electric Jag has a lesser gravity core. 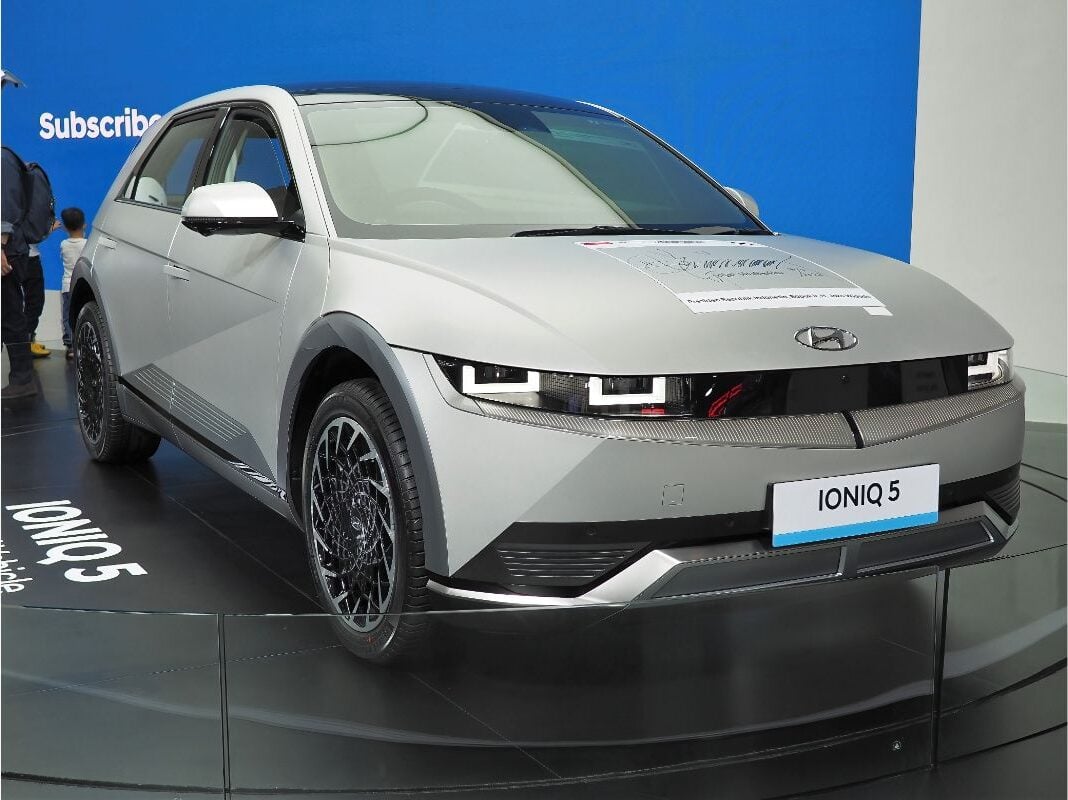 The all-electric compact crossover Hyundai Ioniq 5 features a contemporary design, cutting-edge technology, and a flexible cabin. At a starting price of $28,384, it provides MPGe ratings of 132 city/98 highway. For the SE, SEL, and Limited models, there is an all-wheel-drive variant.

While not as powerful as the Kia Niro, it achieves exceptional mileage and a top speed of just shy of 100 miles an hour. To our knowledge, this is the first Ioniq EV to be sold in the United States. When fully charged, it can travel more than 300 kilometers on one charge.

Vehicles with all-wheel drive or rear-wheel drive can provide power output ranging from 168 to 320 hp. The Ioniq 5’s basic features include front seats featuring footrests and lots of capacity for passengers. 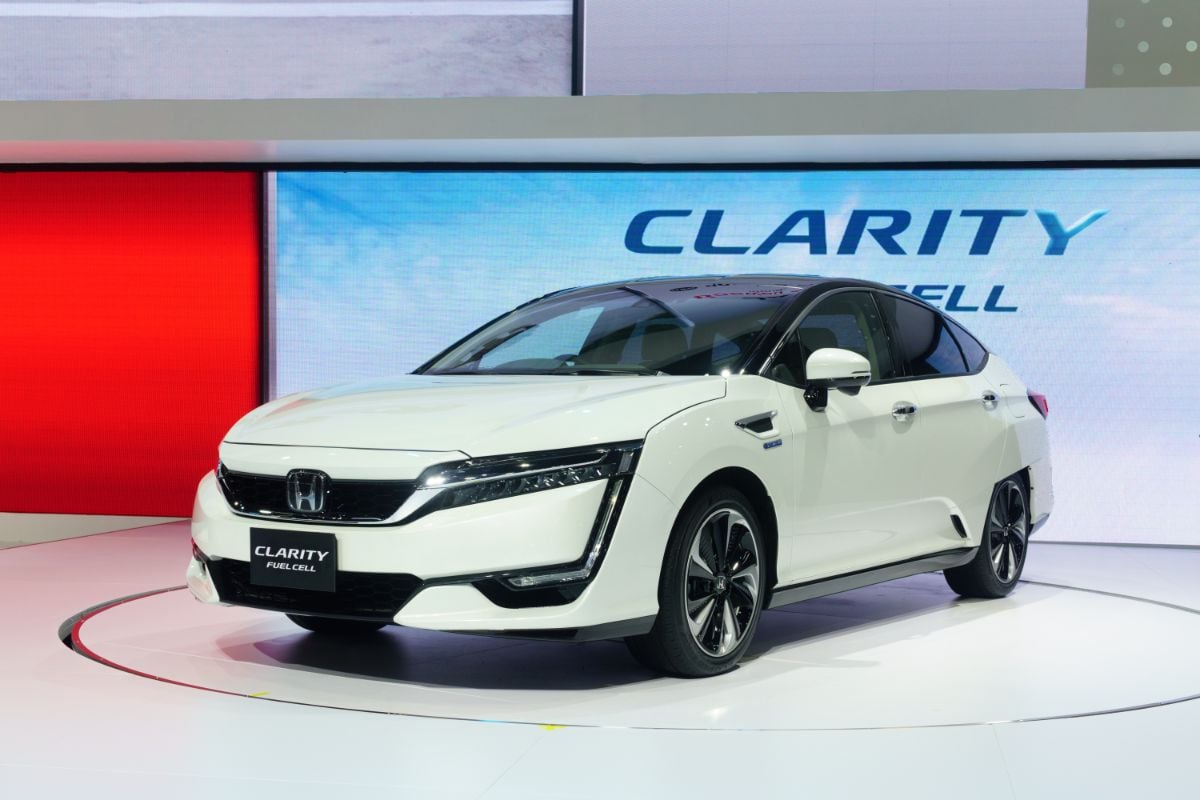 The Honda Clarity has a nicely equipped cabin, offers a smooth ride, and the plug-in model offers a remarkable electric range.

An 8.0-inch touchscreen infotainment interface is standard and includes Apple CarPlay plus Android Auto capability. You get three trim options with the Base Plug-in Hybrid starting at $34,415.

The Clarity PHEV is motivated by a 181-hp electric motor fed by a 17.0-kWh lithium-ion battery pack. The PHEV scoots to 60 mph in 7.7 seconds and produces a combined output of 212 horsepower. The speed is 116 mph.

The hydrogen-powered Clarity comes with a 174-hp electric motor that draws electricity from a fuel cell. As with the plug-in, its fuel-cell version electric motor has FWD. It hits 60 mph in 8.1 seconds. The car’s range expands to an EPA-estimated 340 miles when both gas and electric power sources are in play.

Here are the answers to some of the vital questions you might have regarding the Mirai.

Is It Better To Drive An Electric Car Or A Hydrogen Automobile?

Hydrogen automobiles, on the other hand, refill considerably more quickly than electric vehicles, and they also have longer ranges. To put that in perspective, Renault’s Master and Kangoo feature distance extender fuel cells which can run 350 kilometers on a single charge and only take 5-10 minutes to refuel.

If You Want To Fill Up Your Hydrogen Fuel Cell Vehicle, How Much Does That Cost You?

Each kg of hydrogen gas typically costs $16 at the current exchange rate. Toyota, on the other hand, provides a hydrogen gas credit with a $15,000 value to all Mirai drivers. That’s roughly three years’ worth of free hydrogen gas from Toyota!

Where can you fill up a hydrogen-powered vehicle?

Stations that use a modified nozzle for hydrogen and hose can be found at gas stations that appear very much like regular gas stations. As of October 2019, there are more than 40 hydrogen stations in operation in California, and more are in the works.